After years of wishing and hoping, Nintendo finally added a selection of Super Nintendo games to its Switch online service. Which of the 20 classics should you play first? We had Kotaku’s resident old men, Chris Kohler and Mike Fahey, Statler and Waldorf together a ranked list. 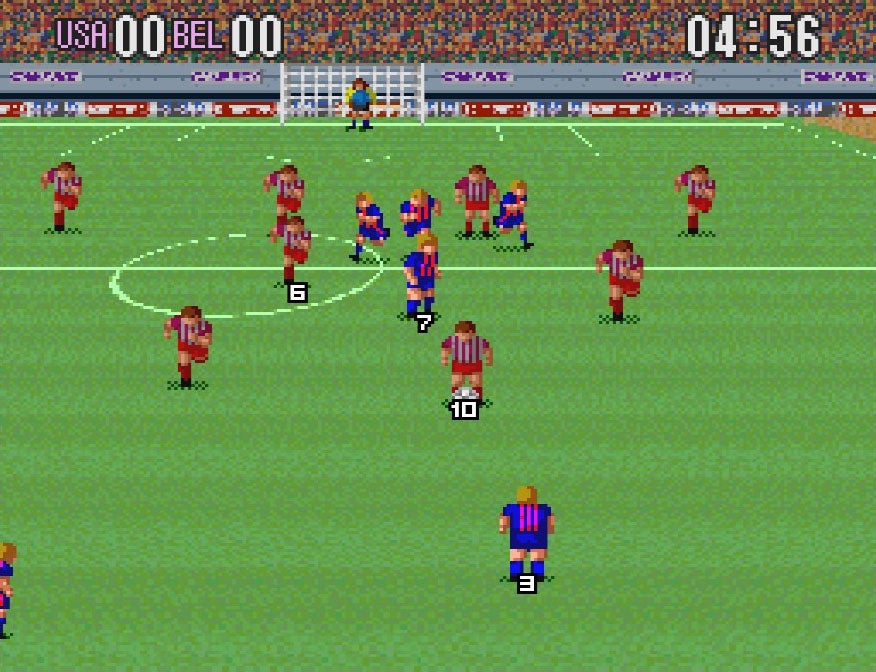 Chris Kohler: I played this for a minute.

Chris: The opposing team got the ball, started running it toward my goal, and I realised all too late that I had no idea what buttons did what.

Fahey: Which is exactly how real soccer works. 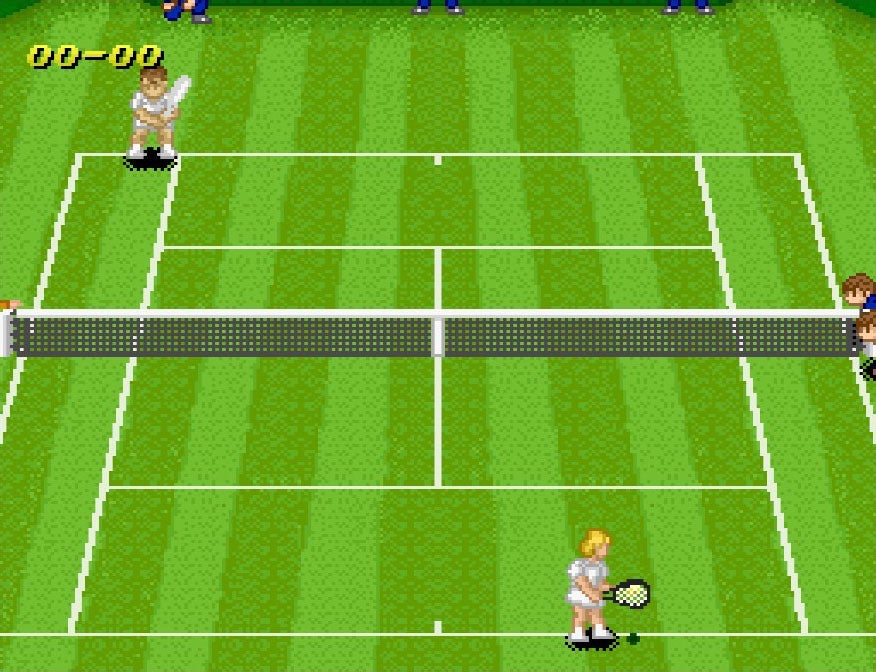 Fahey: I do understand tennis. This is definitely tennis.

Chris: Yes. This one I got the ball over the net a couple times.

Fahey: I appreciate the use of Super Nintendo’s Mode 7 graphics to turn the court around once per match.

Chris: That’s a model of restraint. 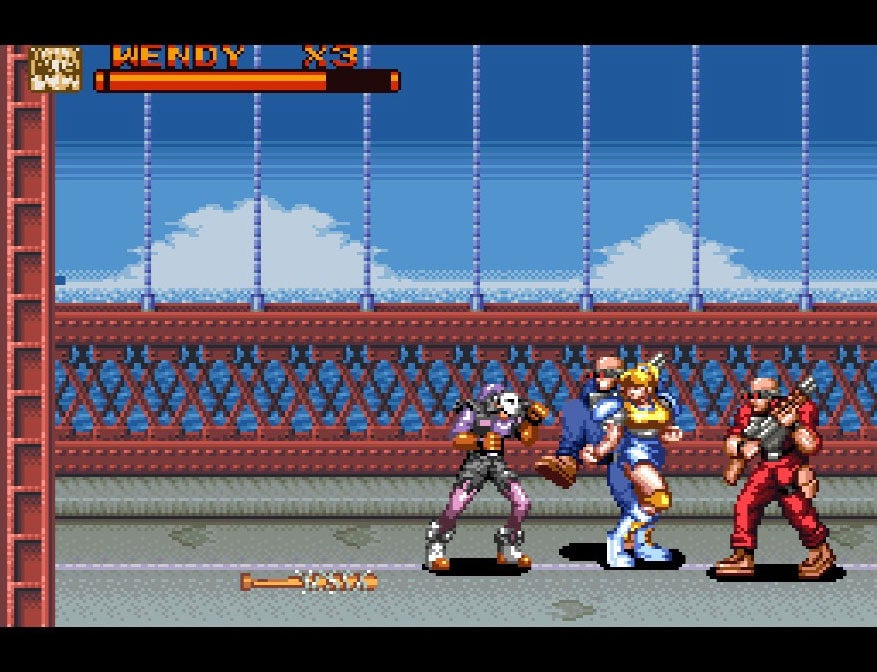 Chris: There are a lot of great side-scrolling beat-em-ups on the SNES. This is not one of them.

Fahey: It reminded me of several good ones, so much so that I had it higher in my list. Then I played it again.

Fahey: In the hearts of little children everywhere. 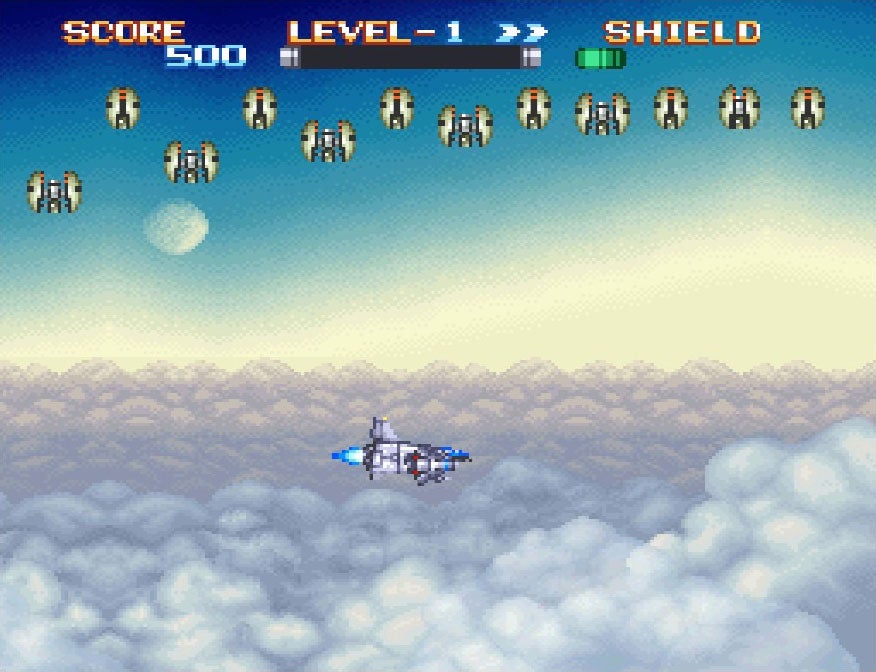 Fahey: Talk about a misleading title.

Chris: Yeah, if you were thinking this was going to be about killing giant ants, I have bad news.

Fahey: That a game could make me feel bad about a lack of spiders is an amazing feat.

Chris: It is a competent side-scrolling shooter. Again, though, not much personality.

Fahey: We’ll get to good games soon, I swear. 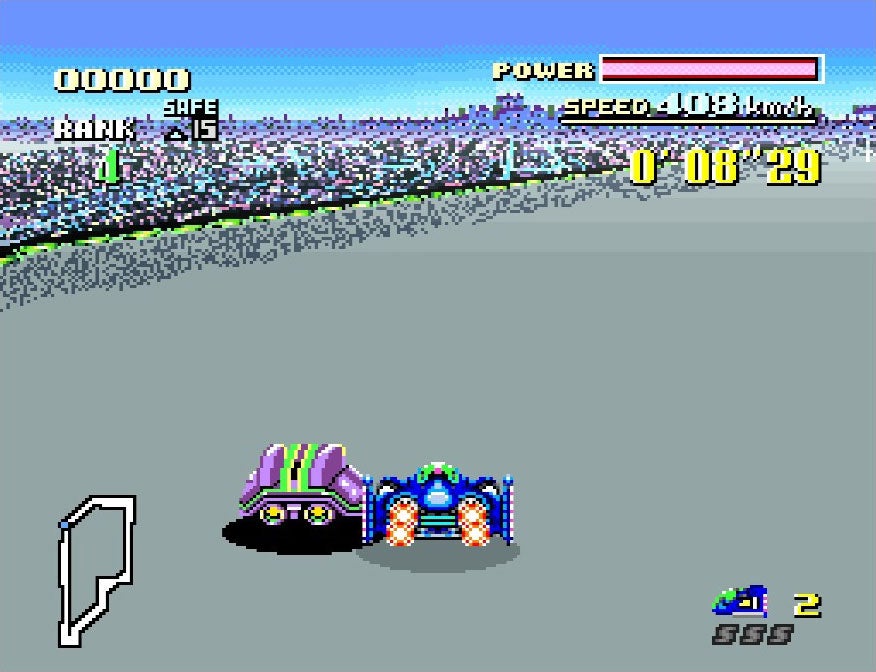 Fahey: This is certainly a game that people love a great deal. I still love its look, if not its feel.

Chris: Yeah, F-Zero never really grabbed me. Not sure why.

Fahey: I liked the Gamecube version much better. Until the virtual console gets Gamecube games, we have this. 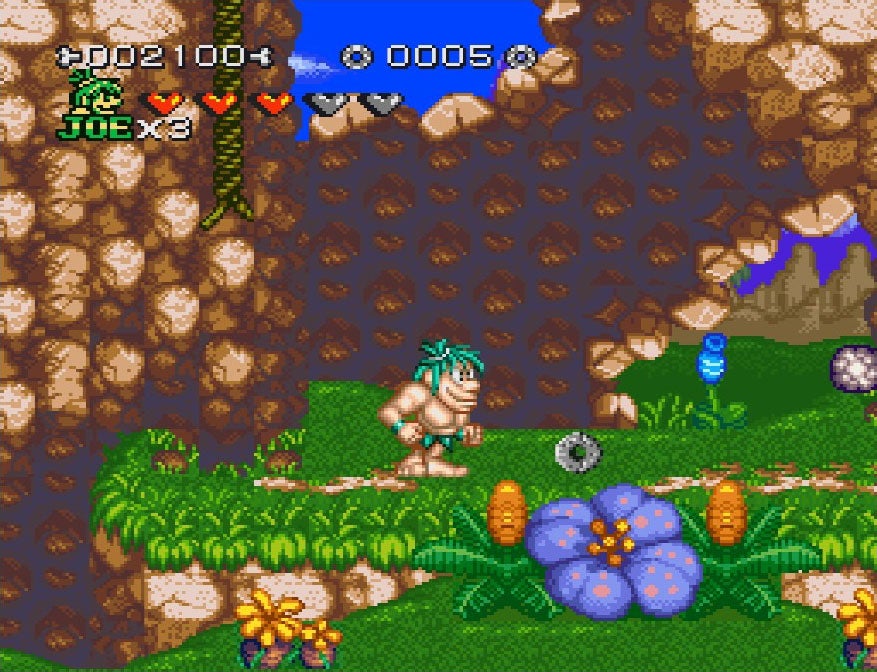 Fahey: Here is a game I did not remember enjoying, but I’m having fun with it now. Maybe I’m growing up?

While the original was a straightforward port of the arcade game, this is a console exclusive with more adventurey elements. It’s fun although it’s not quite as exciting as the first one.

Fahey: Or dinosaurs. My kids love those dinosaurs. Either I am older and more mature or I am projecting. Either way, mildly better than those other four. 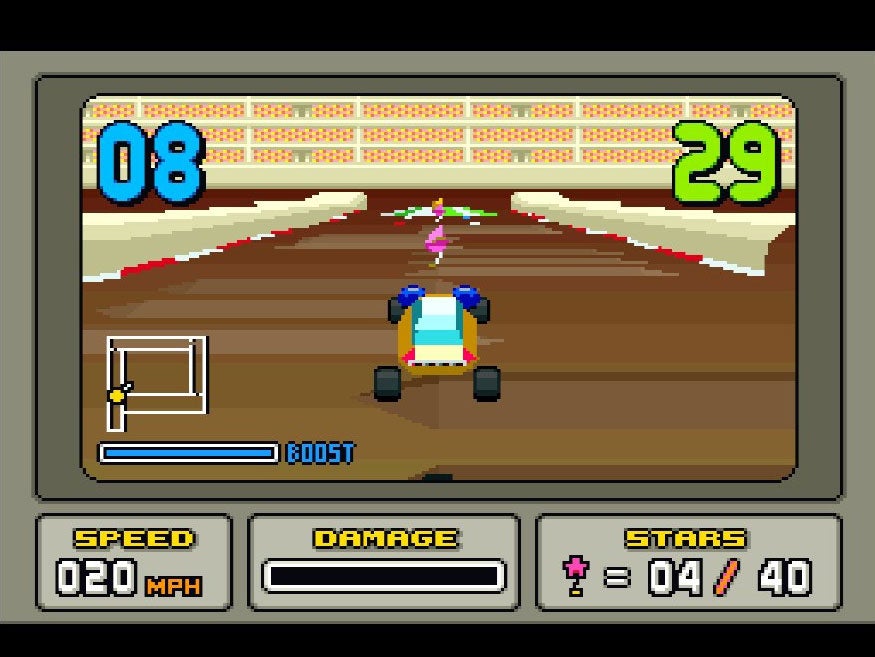 Chris: I had never played this back in the day but I’m fascinated with how they pulled off a polygonal racer on the SNES.

Fahey: It was too slow for me back when it came out, and I was too shallow to appreciate the technical achievement. Now I gawk at it in wonder.

Chris: It has charm. The cars have eyes.

Chris: 10 FPS means you have time to appreciate each frame as it goes by. 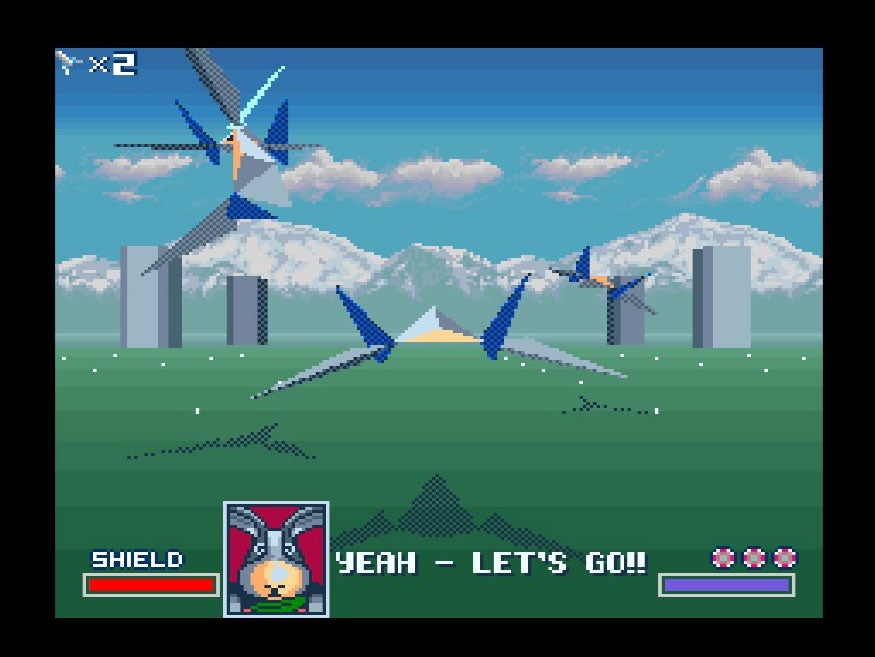 Fahey: Is this the one with the furries?

Chris: ‘Tis. And I think again the personality of the characters and the design helps smooth over the fact that as an early polygonal game, it’s pretty choppy.

Fahey: I do love the characters. And I remember being blown away by what the Super FX chip could do. They basically installed an extra GPU inside the game cartridge. That’s amazing. 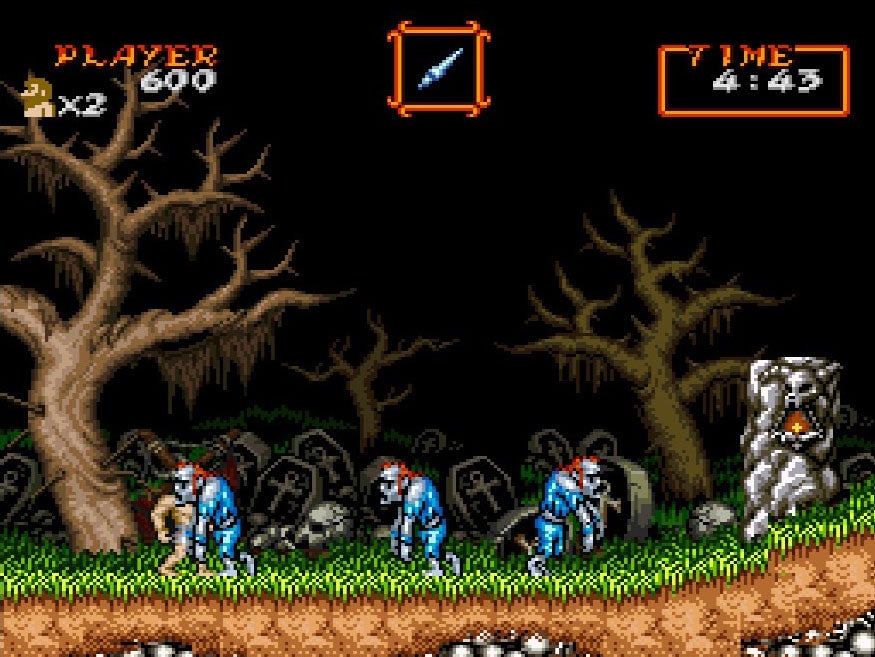 Chris: They keep re-releasing this and I keep playing the first minute of it only to realise the only way I’m going to get past the first minute is to make mastering this game a second career.

Fahey: I just choked on a delicious beverage. This is another game that was much higher on my list until I played it. Still love the look and the terrain morphing.

Chris: Yeah, the music, the graphics, the tech is all so beautiful! It is an appealing game. And then everything about it is designed to murder you relentlessly. I’m too old for this.

Fahey: It will always be the fastest I’ve ever gotten naked. Can’t take that away. 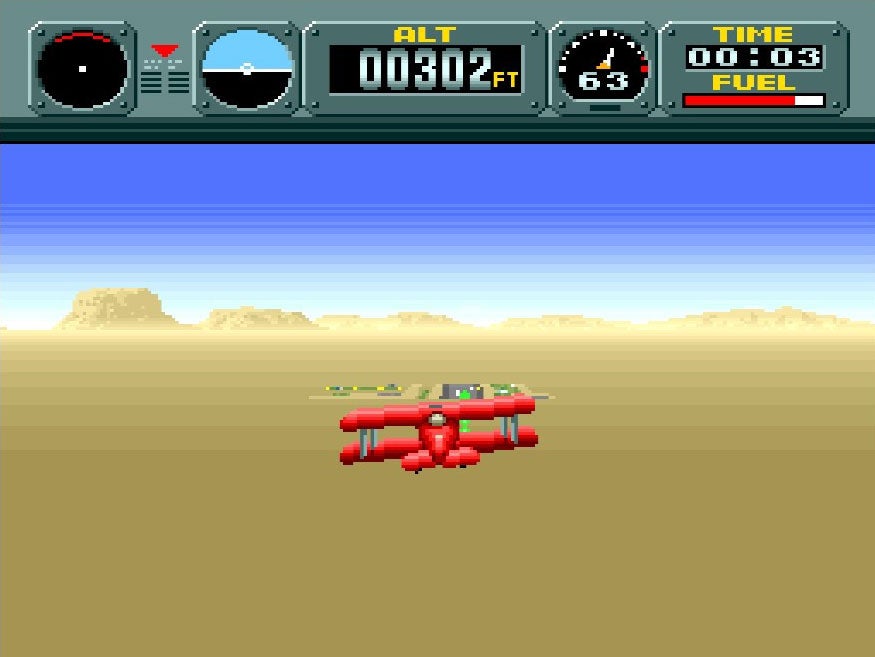 Chris: It’s just this side of being a glorified $US60 tech demo for the SNES’ sprite rotating and scaling ability, and yet it’s still super fun. You’re right, the “casual flight” genre is not particularly robust.

Fahey: I am surprised we aren’t playing the latest Pilotwings game on our Switches right now. This will have to do. 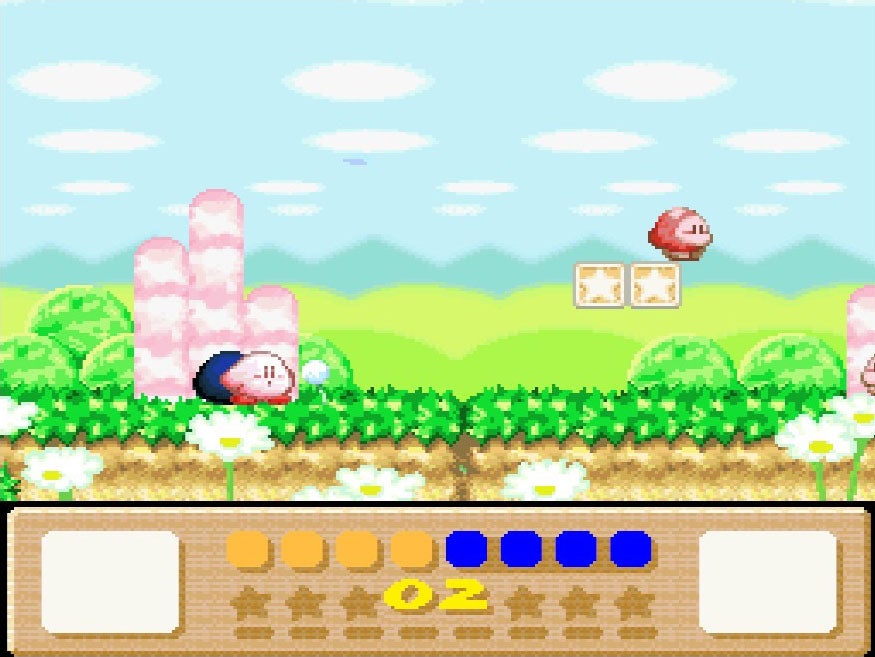 Chris: I forgot to play this. This is good, right?

Fahey: As a fan of everything Kirby, it is indeed good. It’s still too early a game for Kirby to transform into different forms based on which powers he’s using, but the mechanics are all present and accounted for. 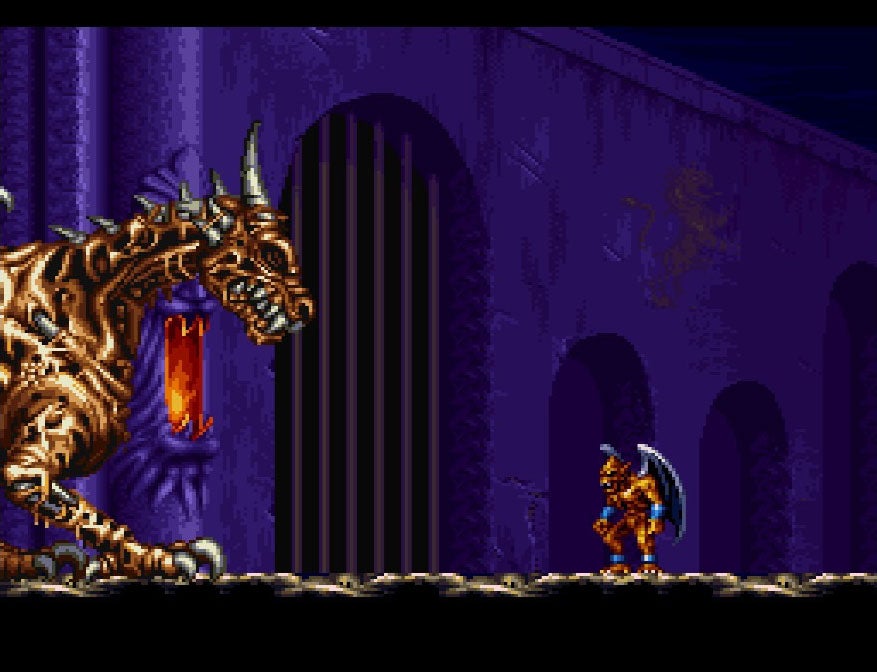 Fahey: Look at us in the single digits, and with a Ghouls ‘n Ghosts spin-off no less.

Chris: It’s all the beautiful animation, art design, music, etc. from Ghouls ‘n Ghosts except you actually have a life bar and mobility and half a chance of winning. This is a very good action game with RPG elements.

Fahey: I remember peeing a little when the dragon peeked through the bars during the game’s opening sequence. In my defence, I was just a young boy of *checks release date* err, 21. Maybe I was drunk. 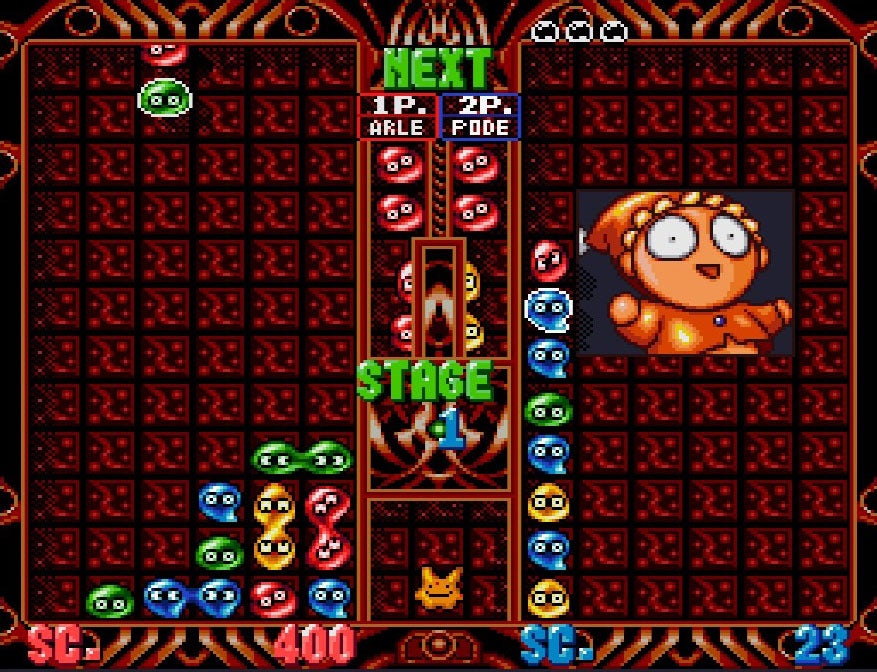 Chris: It’s Puyo Puyo, which is a good thing. 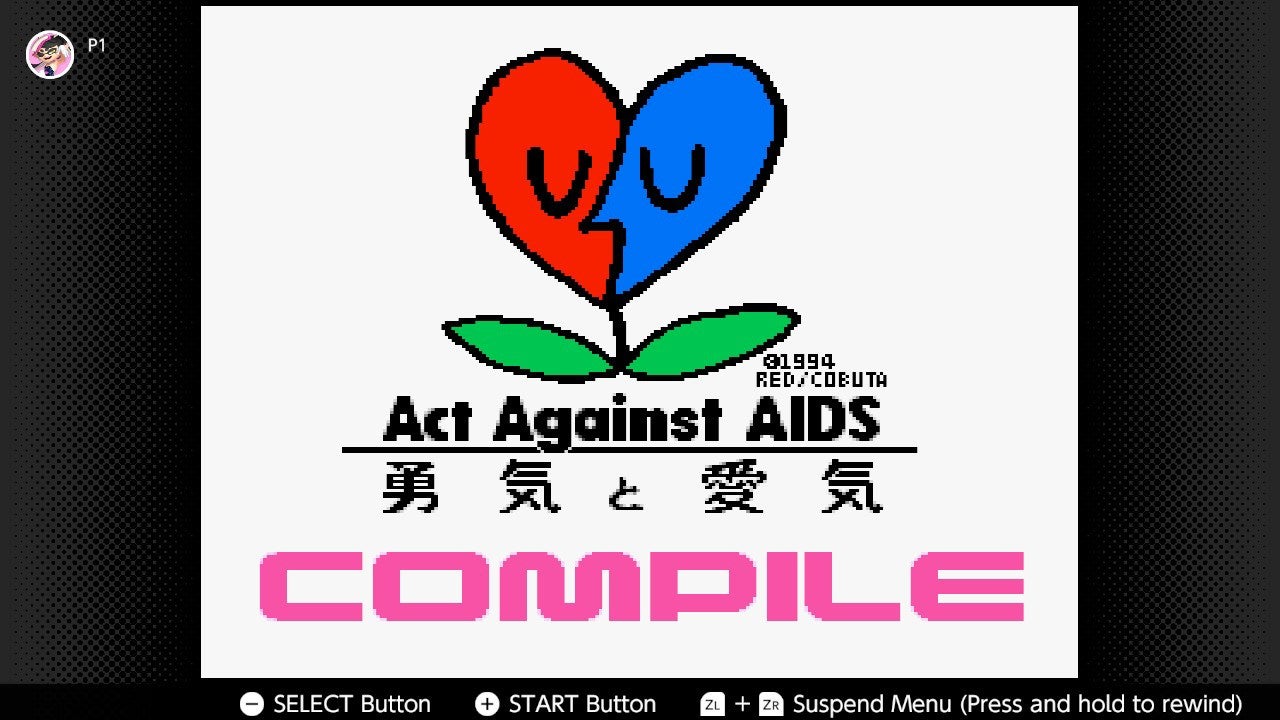 Fahey: What I love most about Super Puyo Puyo, aside from its Puyo Puyo-ness, is it opens with an anti-AIDS message.

Chris: I saw that! That’s awesome. This particular edition is well-liked for having four-player support. At this point I’m sure you have four Switch controllers.

Fahey: And some of them work! 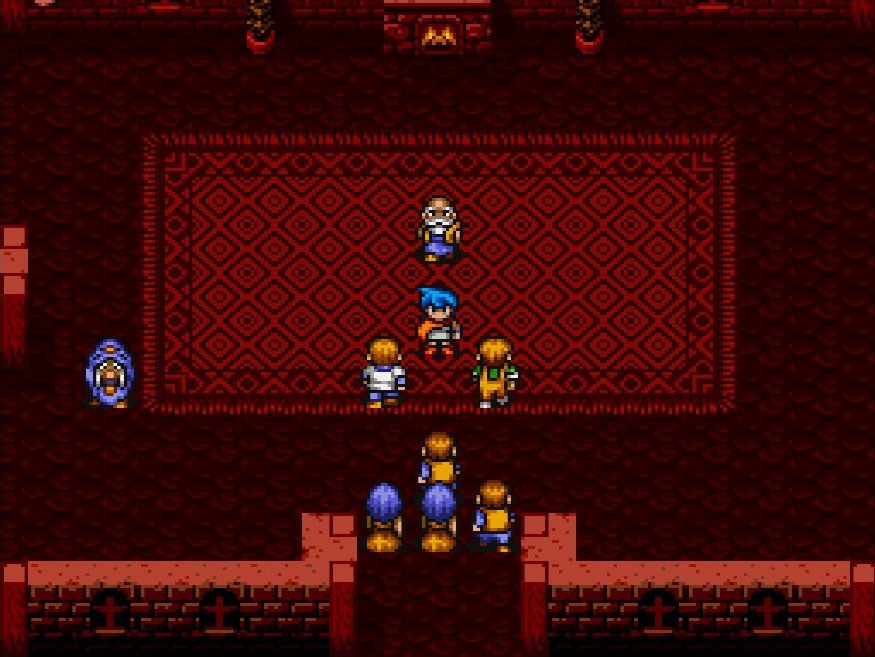 Fahey: It’s no Chrono Trigger. It’s none of the Final Fantasies. If I had to pick a turn-based Super Nintendo role-playing game that was not either of those, this would easily be fourth or fifth on my list.

Chris: And yet, where are the Chrono Triggers and Final Fantasies? Certainly not here. So it falls to plucky Breath of Fire to fill the void. I mean, it’s pretty good though.

Fahey: Oh yes, I will happily take Breath of Fire any day. Hell, it’s time for a new, non-free-to-play mobile sequel. I’m sure Capcom is totally on top of that. 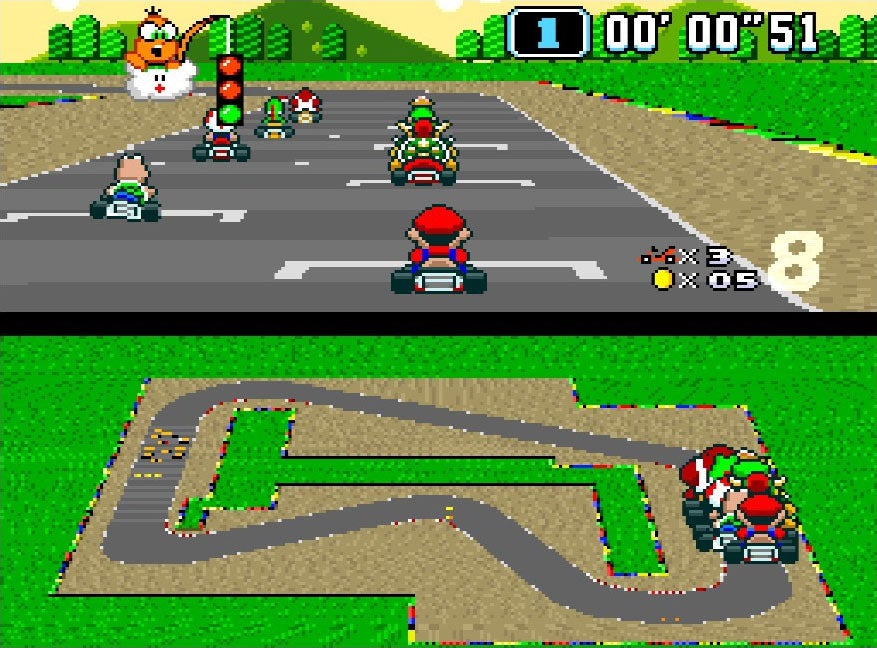 Chris: When I read the words “Super Mario Kart,” the soundtrack just starts playing in my head immediately.

Fahey: My trigger fingers starts me a-hopping. It’s like F-Zero for people with taste.

Chris: I wish it had four-player balloon battle mode, but I’ll just have to live without it.

Fahey: One day there will be a Mario Kart game with that mode, Chris. One day. 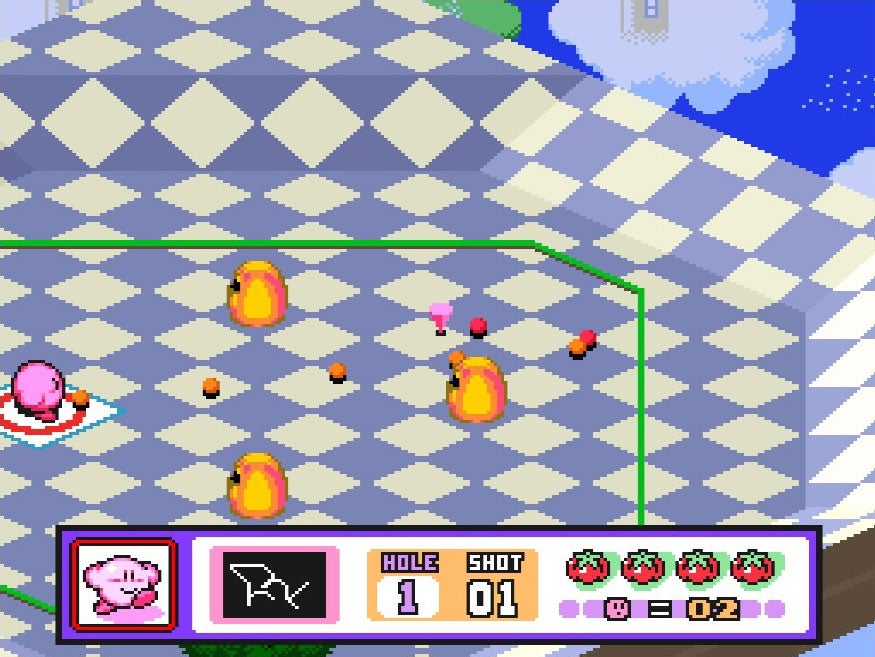 Fahey: Now we are talking. For all of the excellent platformers and free-to-play four-player Switch battle games out there, Kirby as a golf ball is the most charming Kirby of them all.

Chris: Oh man, this is still the best golf game ever. So clever. You know, a prototype of the unreleased pre-Kirby version of this, called Special Tee Shot, was just dumped. Would be cool if Nintendo put the final version of it on this service.

Fahey: Maybe they will include it in the modern version of Kirby’s Dream Course secretly being developed inside my head. 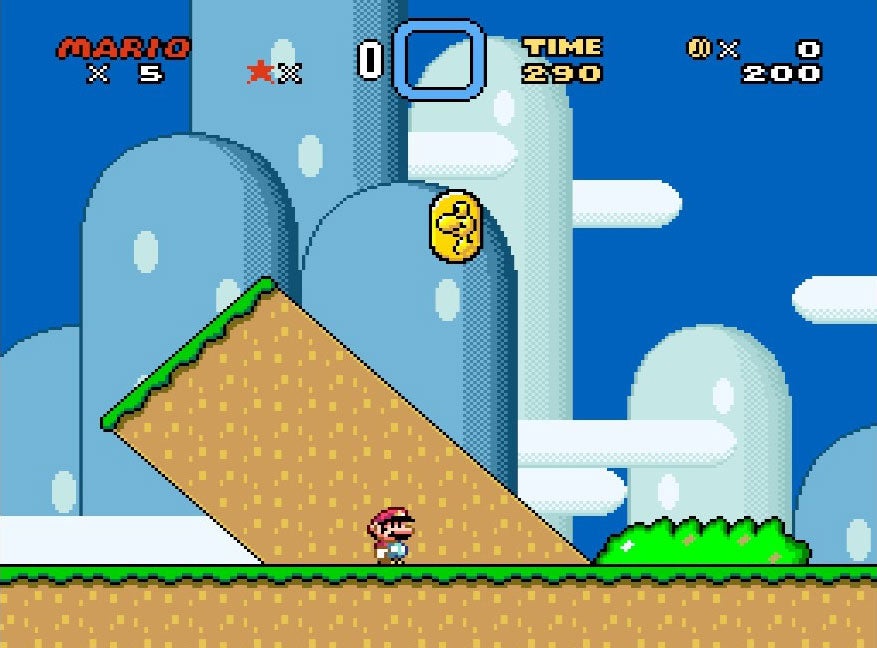 Chris: I remember when this came out on the Wii U and it was like, ah, finally, a game to play on my Wii U.

Switch has a few more games though.

This one was tough for me. I feel like Yoshi’s Island and Super Mario Land are constantly duking it out inside my head.

Chris: Yeah, this one is still a fantastic Mario game, but in the fullness of time you can see that it’s not quite as ambitious as Yoshi’s Island.

We’re splitting hairs at this point though. 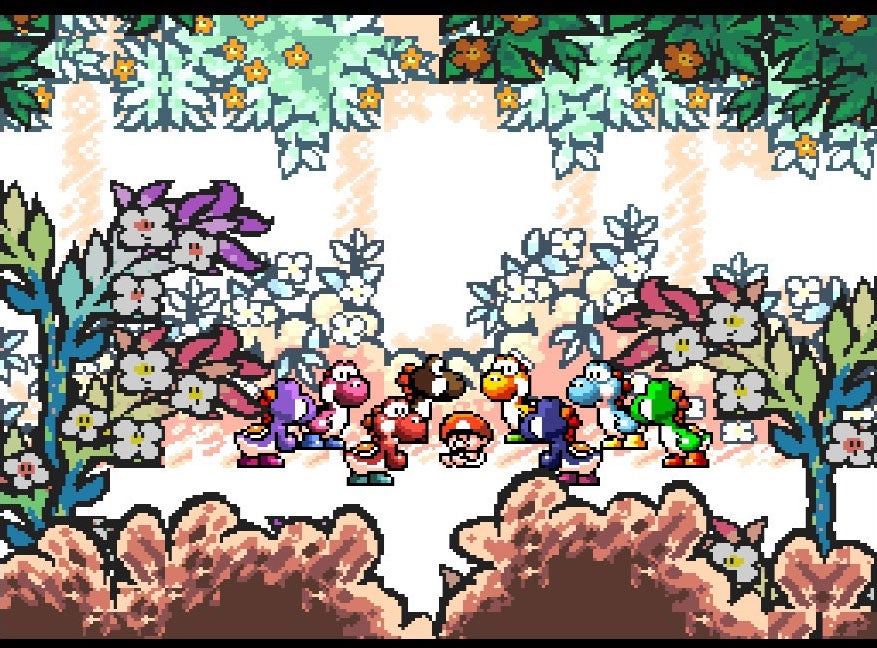 Chris: We’re deep into “masterpiece” territory now. Playing it again, you can see that the art design still looks fantastic. And that music!

Chris: Yoshi’s Island will be here after we are all gone. 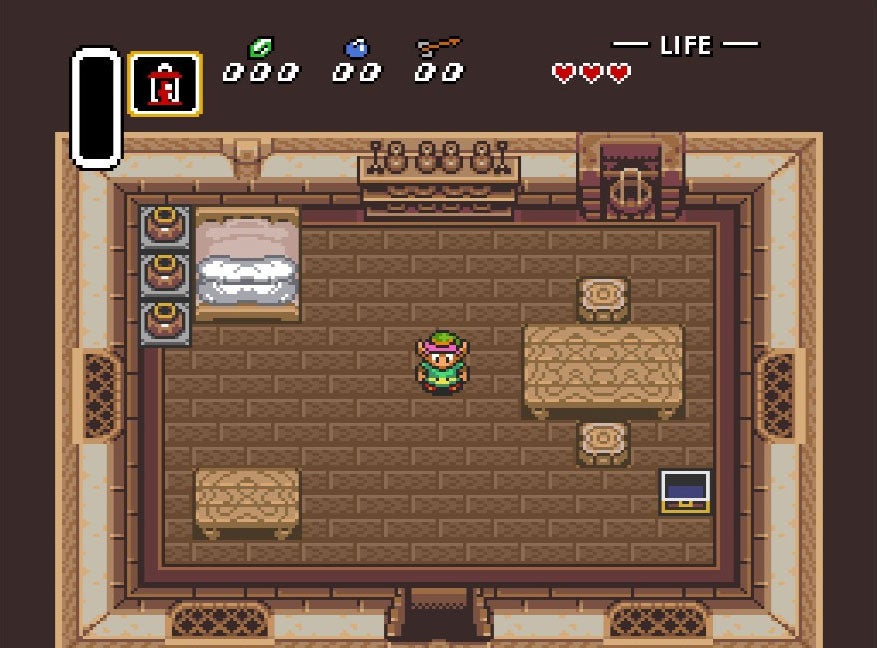 2. The Legend of Zelda: A Link To The Past

Chris: I think this is still the best old-school formula Zelda. Prove me wrong.

Fahey: Do I have to?

Fahey: I would go as far as saying that A Link to the Past is my favourite Legend of Zelda game. The modern 3D stuff has its own flavour. I like 2D better.

Chris: You don’t need to qualify this with “Well, you see, at the time this was released…” — it just holds up. You could put this on a cartridge and sell it (although I’ll glady take it as part of a super cheap yearly subscription instead)! 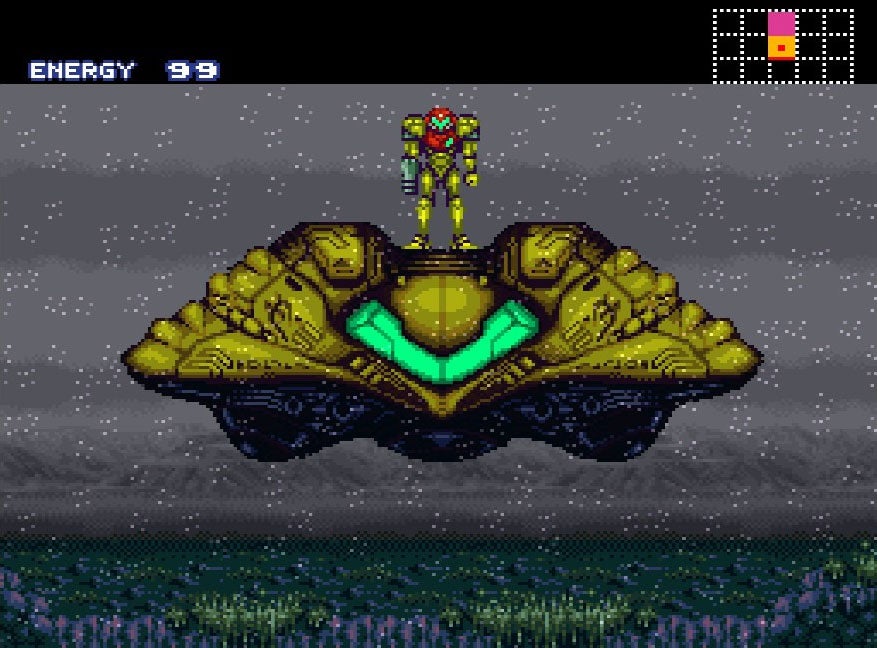 Fahey: The closest thing we had to a huge disagreement on placement in the rankings, solved by ten minutes of playing this legendary game.

Chris: It is the best Metroid. If you’ve played any other Metroid game and thought, oh, this is cool, but you haven’t played this — this is better.

Fahey: I’d rather be playing it right now.