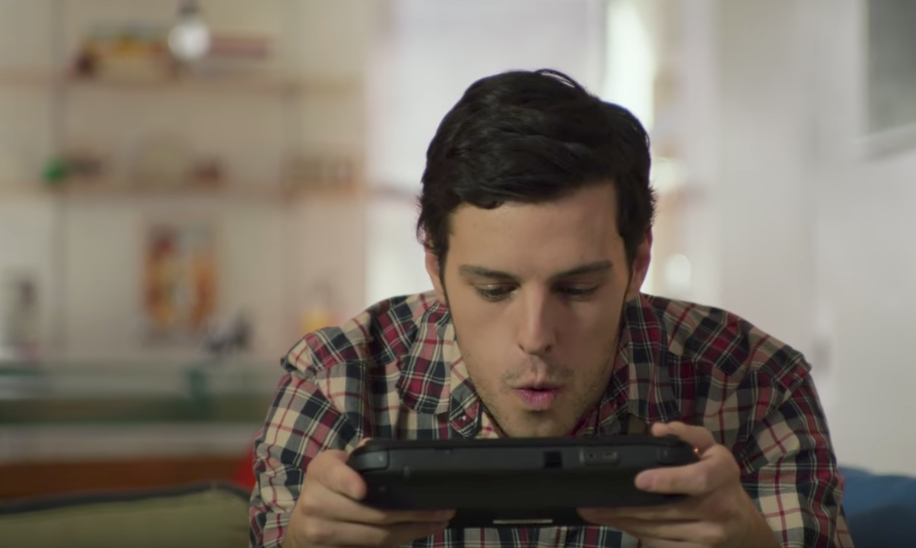 Did you know that today is National Video Games Day? We didn’t. In fact, we are getting an inkling that this might not be a real holiday.


This piece was first published in 2017. We’re bumping it today because National Video Games Day is, supposedly, still a thing.

Kotaku found out earlier today, through Twitter’s “Trending” page, that today is National Video Games Day. Sure, Twitter’s purpose, aside from keeping us in perpetual states of agony and frustration, is to tell us when something important is happening. But at some point, several hundred days into the year, it’s hard not to notice that every day seems to be National Hot Dog Day or National Man Bun Day or National Anime Was A Mistake Day, which, now that I think about it, is every day.

Who decreed today National Video Games Day? Who are you? Where did this day come from? Is this real life? Or could this holiday perhaps be fake?

1. There have been a lot of different National Video Games Days

A cursory Twitter search dredges up October 2nd, September 18th, July 12th and dozens of other days that were, at one point, deemed National Video Games Day.

Suspicious! And then, there’s today’s dark summer twin, July 8th’s #NationalVideoGameDay. (Note the lack of plural. Maybe that’s the one for celebrating one specific game?) NationalToday.com, which lists 1,722 “special” days, or 4.7 per day, explains that games are great on September’s National Video Games Day because of “happiness,” “a sense of accomplishment” and “escape.” In stark contrast to this, their entry for National Video Game Day explains that games are great on July 8th because they’re “timeless,” “save us from boredom” and “teach us valuable life lessons.” No reason for the distinction is provided.

2. The origins of National Video Games Day are decidedly unclear

After some meticulous digging and scrolling myself into a painful hand cramp, I unearthed what appears to be the official first English tweet inaugurating #videogameday, which was published on the World Wide Web on December 27th, 2009:

It didn’t catch on.

Of course, because history existed before Twitter, that wasn’t the first mention of this alleged holiday. Video game historian Frank Cifaldi published an article today in which he discovered that a 1991 edition of Chase bank’s calendar of events lists National Video Games Day on July 8th. It’s “A day for kids of all ages who enjoy video games to celebrate the fun they have while playing them.” It was sponsored by David Earle, president of the Kid Vid Warriors. No Google results turn up for the aforementioned warriors.

In a tweet, Cifaldi says that, “The date is always attributed to Earle from 1991-1996. Starting in 1997 – the first year it’s September 12 – there is no attribution.” He adds: “We don’t know: Who Earle was; What Kid Vid Warriors/Kid Video Warriors was; Why any of these dates were chosen; Whether Earle submitted in ‘97.”

Cifaldi also unearthed a 2008 blurb from The Teacher’s Calendar School Year, corroborating that today, indeed, is Video Games Day—but no explanation as to why the date switched:

3. Nobody gets anything special on #NationalVideoGamesDay

I asked my boss, Kotaku editor-in-chief Stephen Totilo, if I could take the rest of the day off. “Absolutely not,” he said.

Right now, #videogamesday is trending on Twitter. Yes, of course it’s been an impetus for gamers to express their love and appreciation for some nostalgic retro game like GoldenEye. It’s also been a big ol’ brand party:

Which Logitech G product would complete your gaming setup? Reply for a chance to win for #NationalVideoGamesDay! pic.twitter.com/SAeMIXy4Av

We’re celebrating #NationalVideoGamesDay by trying some of our favorite cheat codes. ???? pic.twitter.com/z1N6p1XCnM

Screenshot and comment which title you get, + you could win it! pic.twitter.com/dNNEB28Mfn

Happy #NationalVideoGamesDay!
What are your top 3 video games of all time? pic.twitter.com/zBUoYEbUZY

For #VideoGamesDay, we present some biased suggestions for how to spend your day. pic.twitter.com/U6GtKnmvKv

A lot of brands stand to gain by coming off like cool, hip dads who instead of providing allowance to their kids, nab a buck or 60 from their wallets. It’s a great way to get retweeted among the gaming audience, who generally love hashtags, spending money, and brands. Arby’s is all over gaming right now. And then, thankfully, there’s Sonic, who keeps it real:

This #NationalVideoGamesDay, remember Millennials are somehow the root of all evil, because some expert said so. pic.twitter.com/FgAhoafy8Z

In conclusion, we do not believe that National Video Games Day is a real holiday, and we’d like to apologise to anyone who feels crushed by this revelation.