What To Know Before You Start Monster Hunter World: Iceborne 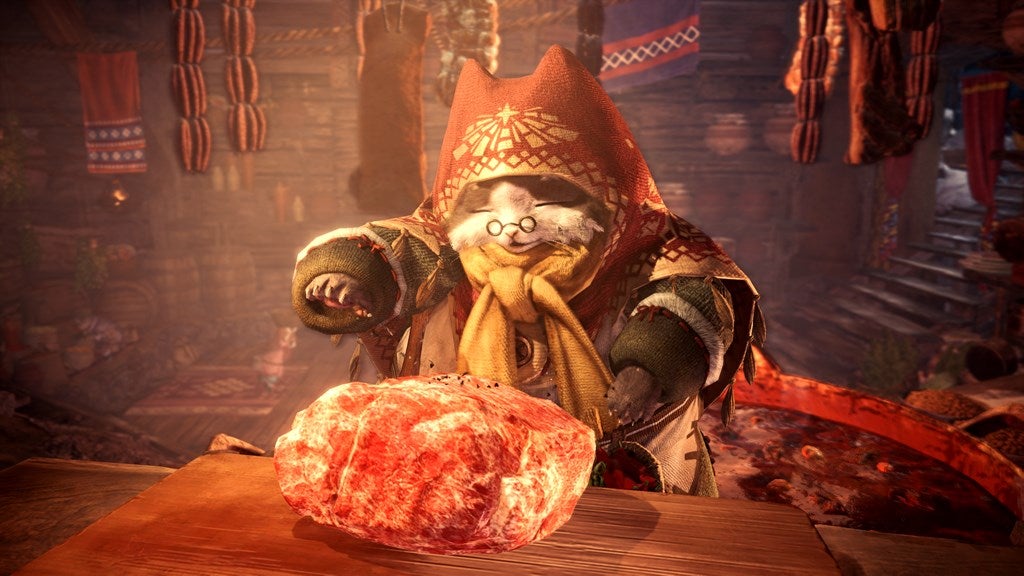 Monster Hunter World’s newest expansion Iceborne is huge. There’s a whole new tier of monsters to face, a whole new catalogue of armour to craft. But if you’re returning after a long absence or hopping in for the first time, you won’t be able to play Iceborne right away. The good news is that there are a few tricks for gearing up and getting into the new Master Rank hunts quickly.

Capcom’s next-generation spin on its cult-classic franchise was initially broken up into two tiers: low rank and high rank. In order to access Iceborne, players need to have completed both of these tiers by fighting through story assignments. Low rank’s story focuses on the giant monster Zorah Magdaros, a mountain-sized beast who could destroy the new world.

High rank challenges players to relive old hunts and eventually face off with the extraterrestrial dragon Xeno’jiiva. Both of these monsters need to be dealt with before Iceborne can be started. Thankfully, there are two new improvements in place that will speed progress through these early ranks.

The first is that Monster Hunter World is giving out a free armour set to anyone who logs in after yesterday’s patch. TheGuardian Armour boasts solid defence and bonuses that should make it usable throughout high rank hunts. These bonuses include an increase to the potency of healing items, increased health, and slower stamina drain.

New players can access the armour at the character creation screen, while returning players can go to their room in the village of Astera and talk to their housekeeper.

It’s important to note that if you want to make the most of this armour, you’ll need to upgrade it with armour spheres gathered from defeating monsters. Having the Guardian Armour will cut down on playtime considerably, since you won’t have to circle around to re-fight old monsters in order to gather parts and craft new armour.

Just be aware that you will still need to upgrade your weapons. I advise weapons with high stats and less emphasis on elemental damage. As you progress, make weapons using parts gathered from hunting monsters like Zorah Magdaros or the terrifying Nergigante. If you really want something that will carry you in the early parts of Iceborne, make a weapon from the bonus monster Lunastra.

Save extra parts and consider upgrading your palico cat companion’s armour if you can. Don’t get too attached to these things, as progressing through Master Rank will ultimately obsolesce these weapons and armours, requiring you to hunt new monsters.

There’s also a new Helper System and overhauls to multiplayer that make it easier to play with other hunters and speed through content. While it’s entirely possible to play by your lonesome, hunting with other players will speed things up considerably.

The Helper system gives bonuses to hunters who help players in lower-rank tiers, meaning that it’s a pretty good idea to fire off SOS flares at the start of your hunt. This allows other players to leap right into your hunt and led a hand.

It used to be that having another player boosted the monster’s health considerably no matter how many players joined—there was a blanket “multiplayer” health value that monsters got boosted to. Now, monster health scales dynamically depending on the number of players. It means that you won’t risk fighting an absurdly tanky beast, and makes it all the easier for groups to succeed. Between a reduced grind and streamlined multiplayer, getting through both low and high ranks should be easy.

Iceborne is built for veteran players: those with well-stocked supply chests, bonus gadgets from sidequests, and a deep familiarity with their weapons. Guardian Armour, smart weapon crafting, and better multiplayer will get you to the start of Iceborne, but if you’re a newbie who is rushing to Master Rank content, please be aware that the monsters move faster, hit harder, and have difficult quirks to deal with. Your old armour will quickly become less useful, and you’ll need to truly embrace the grindy process of assembling higher ranked levels and gear.

Even if you make it to Iceborne quickly, there’s no substitute for having extensive experience playing Monster Hunter World. Take it slow in Master Rank, and embrace the challenge as a chance to improve as a player and really enjoy the Monster Hunter experience.