Whimsicott Will Sneak Into Your Home And Move Your Furniture

Every Pokémon is interesting and worth talking about. I don’t play a ton of Pokémon, but I do enjoy the universe and I love learning more about the creatures in it. So, Here’s Another Pokémon! It’s Whimsicott!

Whimsicott is a small puff of hair and magic. According to Pokédex entries, this cute Pokémon can squeeze through cracks, no matter how narrow they might be. That allows the Whimsicott to enter people’s homes and move around their furniture, which is something it actually does. Why? It’s a prankster who loves to prank, that’s why. It will also leave behind cotton balls sometimes, which doesn’t seem like a great prank. I feel like I have cotton balls in my home, but I don’t remember buying them. They just exist. So maybe Whimsicott has already pranked me?

We should all be thankful that Whimsicott is using its incredible powers to only move couches and leave behind the fluff. Having the ability to squeeze through any crack, regardless of its size, sounds like a useful skill. It could rob banks, sneak into military bases or break into corporate headquarters. It could steal secrets, money, nukes or more. Instead, it just pops into homes and leaves cotton balls.

According to Bulbapedia, Whimsicott can also ride upon the winds. But nobody seems to really understand what that means. Maybe it just weighs very little and rides strong winds? Or maybe it can create powerful gusts of air? Seems the Pokémon scientists need to spend a bit more time studying fluffy little Whimsicott. 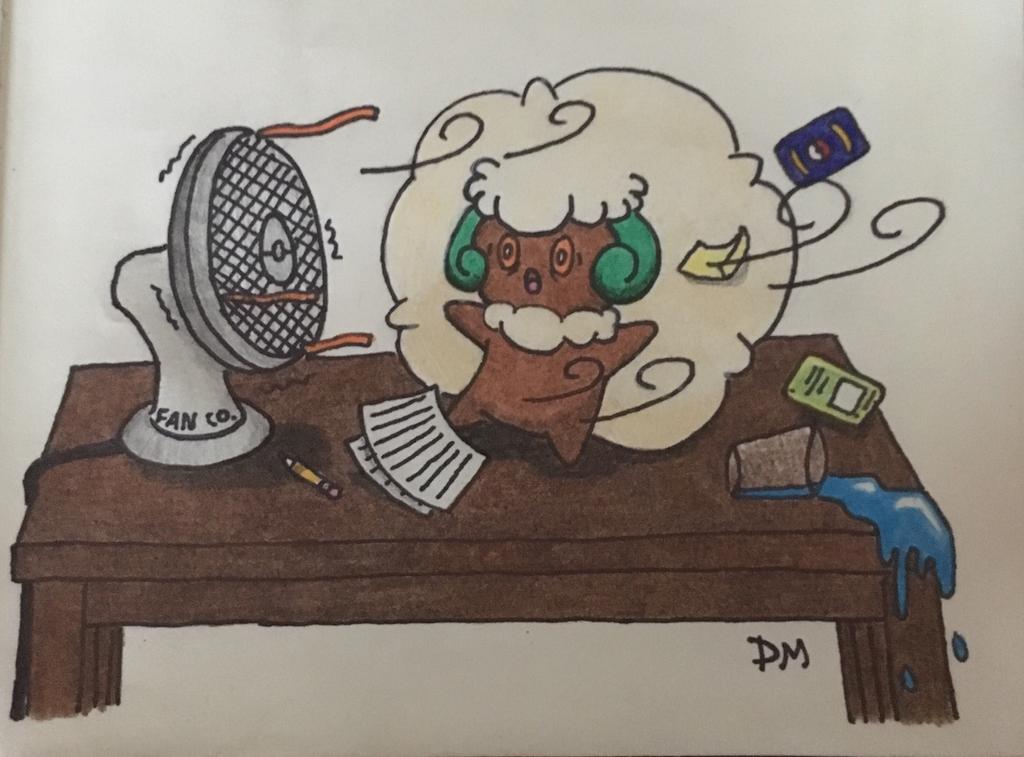 Fans are dangerous for this small little creature. Even a small fan like the one featured in this artwork could probably blow the fuzzy ball across a house.

I didn’t expect this to sound so much like a fart and then I listened to it and well, yeah… that’s a fart.