When Remedy’s roadmap for recent hit Control was unveiled this month, there was a surprise that sent the internet into a flurry. The road map revealed that Alan Wake is likely entering the world of Control, beyond the teasers within the game. This mysterious content pack will be a welcome addition to an already stellar game — but if you’ve never played Alan Wake, you’ll likely be a little bit lost.

Alan Wake, developed by Remedy in 2010, is a phenomenal game that’s held up well despite a surprising lack of a remaster, port or full-fledged sequel. Sure, he’s been teased in many of Remedy’s titles, from Quantum Break to Control itself, but he hasn’t received the love he deserves in quite some time. 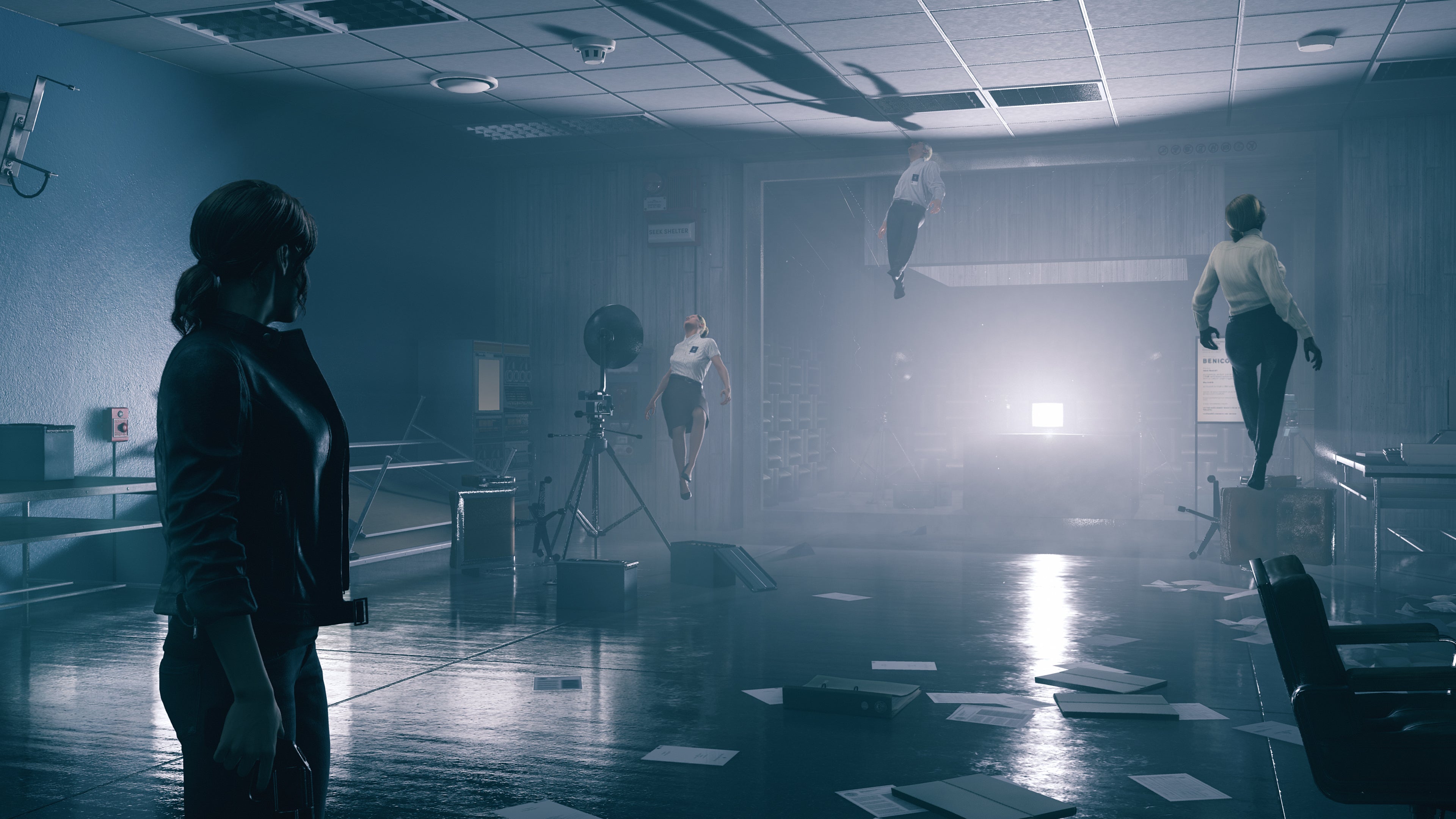 Control, the latest game from Remedy Entertainment, has completely taken over my brain. In it, you play as Jesse Faden as she explores the Federal Bureau of Control, a federal agency that studies and contains supernatural objects. Playing a game about secrets and conspiracies will start making you believe in secrets and conspiracies, it turns out. While I love to rehash the Steev Mike theory as much as the next girl, a few Control-related theories about the game’s world have caught my eye. In particular, fans are theorizing that Control takes place in the same universe as Remedy Entertainment’s previous game, Alan Wake. They’ve got me convinced. For those who haven’t played it, Alan Wake is an action adventure set in the sleepy town of Bright Falls, Washington. The titular Alan is a bestselling author suffering from writer’s block, a condition that causes his wife to organise the aforementioned stay in Bright Falls.

The town — and stop me if you’ve heard this one before — is not what it seems, and soon, the unwitting Alan is spending his reluctant holiday in hell. His wife is kidnapped, darkness spreads, and the townsfolk are all going quite mad courtesy of a force known as the Dark Presence.

It’s very Twin Peaks, with a hefty dose of Stephen King and Mark Z. Danielewski’s House of Leaves by way of Alfred Hitchcock’s iconic film The Birds. But while the story wears its inspiration on its sleeves, what it does with horror and atmosphere feels new, and always interesting. Set out in chapters, it’s like a good book you can’t put down. Yes, it treads all the familiar tropes, but they’re handled by deft writing (something Remedy has become known for), and a plot that’s filled with ever-intriguing mysteries.

The Level That Proves How Special Alan Wake Was

Horror games have one simple purpose: scaring you. They're fuelled by long moments of tension which erupt in a brief explosion of fright, before it recedes and the terror sets in again. My favourite horror game ever, 2010's Alan Wake, does things differently. It throws fright out the window, gives you every gun imaginable, and uses that to deliver one of the best moments in horror game history.

When it was first released, it was praised for its originality, the strength of its performances and its world-class graphics. Now, admittedly, it comes off murky, overly grey and gloomy. But for a game that’s nearing its tenth anniversary, that’s to be expected. Video games have advanced rapidly in the last decade, bumping the last generation of games into a weird ‘too old to play, too young to be classic’ territory. I rarely think about dragging my PS3 or Xbox 360 out of storage, even for a quick jaunt through a favourite game, and that sucks.

We’re living in the age of the shiny, modern remaster, and games that aren’t readily available on modern consoles are increasingly being pushed to the wayside. The leap between this generation and the last is becoming more and more obvious, and will become more obvious still with the release of the PS5 and Microsoft’s mysterious Scarlett console.

Luckily, Alan Wake is available on both PC and Xbox One (via the console’s Xbox 360 game compatibility), so if you’re interested in the game, it’s easy enough to pick it up for a bargain and dive in. Alan Wake is a game that teeters on the edge of psychological horror, creating a world where you’re never sure what’s real and what’s not — but as much as this theme is repeated throughout games, it never feels hackneyed or cliché. Alan is a man on the edge, but more than that, he isn’t like your typical video game protagonist. He doesn’t boast bulging muscles or a photographic knowledge of the wonders of the world. He’s afraid. Very afraid.

After all, he’s just a writer, caught in the throes of a story gone wild. He’s at the mercy of the Dark Presence, and caught within a deadly plot that he doesn’t understand. Alan is a character that’s deeply relatable — he’s introspective, wide-eyed and scared shitless (even if he does his best not to show it). He’s simply a good man in the wrong place, at the wrong time.

Having an everyman as a protagonist is a feature rarely found in AAA games. It’s assumed that people would far prefer to take control of an off-world adventurer, a gun-wielding muscle man or an assassin with a dark past. After all, in a world where you can be anything, who would choose to be ordinary? But the everyman is a character that Remedy has perfected, and Alan, as our unwitting protagonist, is the flawed saviour that Bright Falls needs. Notions of temptation and giving into the darkness are made all the more real by Alan’s status as an unreliable narrator, surrounded by a word that refuses to make sense. You want him to make the right choices, but given his amnesia, moments of mania and vivid, confusing dreams, you can only watch him diving further into the darkness he’s trying to avoid. It makes for a riveting character study about a man losing his mind in tandem with a world literally unravelling around him.

To conquer the darkness, Alan is armed with only a trusty handgun and a flashlight with ever-failing batteries. As he’s stalked by the hosts of the Dark Presence — shadowy figures that leap out from the darkness to pursue him — Alan must balance a healthy clip with the light from his torch.

Without the light, players can’t burn away the Dark Presence and defeat the enemy. It’s a mechanic that’s simple, but one that lends itself to the doomed everyman journey that Alan is on. The metaphor of light and darkness is an obvious one — but it also highlights how vulnerable Alan is. This, after all, is one ordinary man standing against the forces of darkness.

He’s got no special powers. He wasn’t born into a great destiny. There’s no help for him in Bright Falls, and he’s not even that good with a gun. The odds are stacked against him, and yet he persists. That’s the core of what makes Alan, and the game, so worthwhile.

Alan Wake never got the sequel that it deserved. Sure, there was the brilliant (but short) semi-FMV side adventure, Alan Wake’s American Nightmare, but it wasn’t a true sequel. And while there were originally plans for a follow-up, the game never emerged, and it was later found out that it had been scrapped entirely with development focused on Remedy’s next title, Quantum Break. 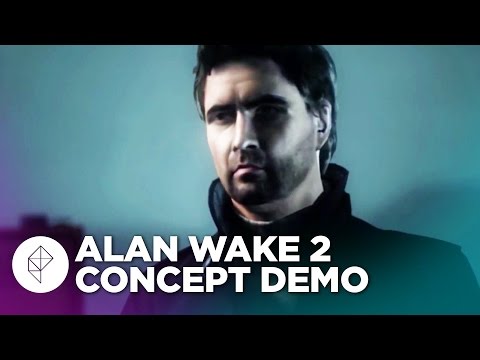 Fans of the original Alan Wake have long wondered why their hunger for creeptacular suspense-filled third-person action game goodness hasn't been fed with a sequel. This week, they got more of a proper answer. And a new hope.

Alan Wake Creator Explains Why We're Not Getting A Sequel

Sam Lake -- you bastard child of Vincent Price and Stephen King -- don't you ever change. Even when explaining the massive disappointment that was the distinct lack of Alan Wake 2 at yesterday’s Xbox One reveal, the guy who put words in Max Payne’s mouth still manages to come across as hypnotically charming.

The original game ends on a note that indicates a sequel could still be forthcoming one day, when the time is right. Could Control give players the closure we all need? We won’t know until 2020, but until then, we can still enjoy all the wonderful and sinister moments that Alan Wake left us with. For those who’ve yet to experience it, you’ll in for a weird and wonderful ride.