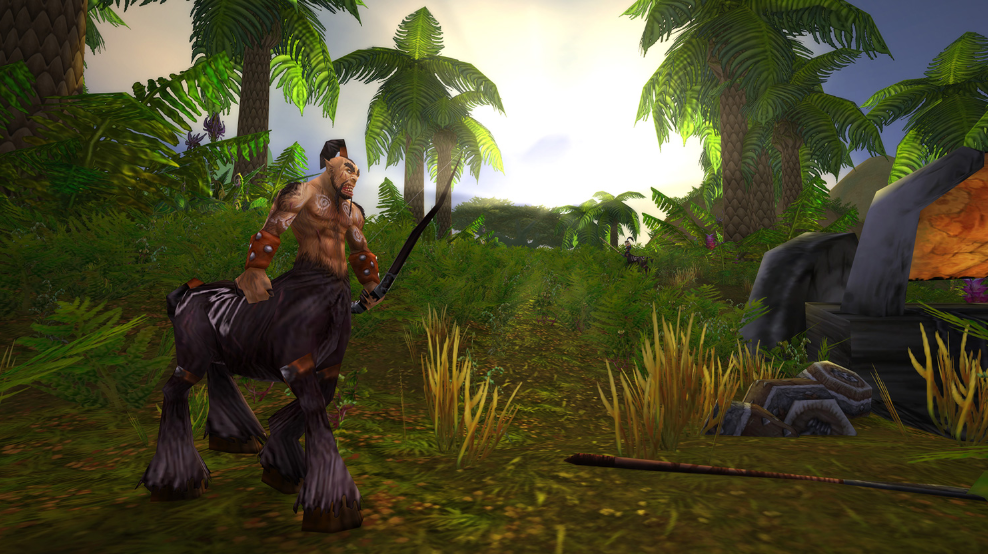 “I couldn’t help it,” said Ash, one of the dedicated World of Warcraft fans who’d helped manage illicit fan servers for years, of his decision to play Blizzard’s official World of Warcraft Classic. “I just wanted to stop working on privately owned projects and focus on myself for once. And that’s what I did… For years, I focused purely on the best experience for the players. Now it’s my own turn.”

World of Warcraft, Blizzard’s mega-popular online role-playing game, has changed drastically in the 15 years since it first came out. Visual upgrades and story overhauls have transformed World of Warcraft into a very different game, and the version you can play in 2019 is wholly changed from its 2004 origins, much to the dismay of players like Ash, who craved an older version they had no official way to play.

In the past, players who wanted to stick with old-school World of Warcraft have had no choice but to painstakingly recreate the game on private servers, risking that Blizzard might shut them down, as it did to Nostalrius, which had over 150,000 active accounts when it was shuttered in 2016. Today, there are over two dozen of these servers, some with thousands of active players grinding out levels in a more streamlined yet challenging version of the 15-year-old game.

Now, however, many of those players have another option: World of Warcraft Classic, an officially sanctioned vanilla version of the online game that came out last month. Kotaku spoke to nine people who design, code, and play on communities for private WoW servers, and they say that as expected, there has been an exodus from the illegitimate servers to the legitimate ones. One of the larger fan servers, Light’s Hope, recently shuttered, citing Blizzard’s promise to bring WoW fans home. One person who ran it declared the shutdown a “relief” in DMs with Kotaku.

Player counts on the fan-run servers Kronos and Elysium have dropped significantly, with Elysium’s population going down by 25 per cent. “We were expecting close to 50 or 60,” said a player with the handle Rain, who works closely with Elysium. The members lists for legacy servers’ Discord groups are full of people marked as “Playing WoW Classic,” although many of these groups still contain thousands of users. WoW Classic appears to be satisfying legacy server’s players’ desire for a slower, less overwhelming version of the game, one with the feeling of community that many World of Warcraft players say is lacking in the 2019 version.

The classic version of WoW has become a phenomenon, popularising a culture that, until recently, existed mostly underground. In fact, so many people are playing WoW Classic that in its earliest days, there were hours-long queues to log in.

“I figured if Blizzard did it right, there would be no reason for us to continue on with the private server scene, which was just fine in my book,” said a person on Kronos’ game master team who asked to remain anonymous. “Log into any of the major private servers now and you will see a marked drop in player activity, as well as on their forums you will see people talking about leaving for Classic. Blizzard is the original creator of the game and it is only right that people will think they will do a better job with supporting, scripting, and managing the game and its servers.”

Said Skeith, who helped run Light’s Hope, “I absolutely do believe WoW Classic is pulling people away from private servers.” He said he appreciates how well Blizzard has handled some of the trickier aspects of running a large-scale MMO, like players exploiting the in-game economy. “We had quite a difficult time throughout our history dealing with people who could have destroyed our economy when they discovered a bug in our engine. I’d say for this fact alone that WoW Classic definitely scratches that itch.”

The stability of WoW Classic is one big draw, say private server players on WoW’s official forum. “Blizzard managed to get named quest mobs spawning in the right places; unlike [private] servers that had named quest mobs with static spawn locations,” said one.

Lots of players are happier with how monsters “aggro,” or aggressively approach, players. Without the polish of a huge, money-backed studio with a full-time staff, legacy servers are full of bugs and exploits. WoW Classic has also drawn in a huge portion of the standard WoW community, making for a healthy, active player base.

Three people who help run private servers said they believe many of the players sticking with those servers either can’t afford to play World of Warcraft Classic or don’t have PCs good enough to run it. Playing World of Warcraft Classic requires an active WoW subscription, which costs $US15 ($22) a month. Fan servers, meanwhile, are functionally free (although many players choose to donate).

Said one player on the server Dalaran, “I am not currently playing WoW Classic as I cannot afford a subscription. However, I shall be playing in 2 weeks after I get a paycheck in finally and to join many of my friends who have already gone ahead.”

The Kronos Game Master says he’s ideologically opposed to paying $22 a month, the same price as retail WoW. “Many in the community (myself included) do not believe we should be charged the same fee for a 15 year old game as for a current game that has literally thousands of additional hours of content in it, and we see it as yet another way of them being able to pad their subscription numbers.”

A deep suspicion of publisher Activision colours lots of remaining private server players’ distaste for WoW Classic. Two told Kotaku they’re not playing the official version in protest of Activision, which in the words of the Kronos Game Master, is “more interested in quarterly profits than actually putting out good games and content for their player base.”

DodgyKebaab, a YouTuber making content about private WoW servers, says that while he’s playing the new game, he’s fearful that WoW Classic will be subject to in-game monetisation efforts that will ruin the experience for him. “A company that parades loot boxes around like they are the greatest thing to hit gaming is not a company I trust to keep a game like WoW Classic free of extra in-game real money transactions,” he said.

In a video titled “Why I’m not hyped for Warcraft Classic,” DodgyKebaab details the mechanical differences between Blizzard’s fresh take on Vanilla WoW and fans’ private servers. Like others in his community, he is deeply in touch with the intricacies of early WoW mechanics, and has strong opinions on them.

In a direct message on Discord, he gave Kotaku the TL;DR version of his biggest complaint against WoW Classic: “They have used a technique called layering so each realm has multiple versions running at the same time,” he explained. “This does mean the player base is split up even though people are playing on the same realm. So you might meet someone one day [and] add them as a friend but the next day you find that you are on two separate layers so you won’t run into each other again.”

The continuing benefit of private servers is that they offer specific, custom features for players with personal preferences. Some have their own seasonal events, like for Valentine’s Day. Some feature hardcore raiding experiences, while others are entirely player-versus-player (PvP), ditching the computer-controlled monsters that populate most versions of World of Warcraft.

Player WhiteKidney, who helped run Light’s Hope, says he’s received over 50 direct messages on Discord from players requesting they bring back the server. “They feel we provided a much better experience than Blizzard has with classic (harder content, no layering for example),” he said.

“I personally don’t think that there will ever be anything ever quite like Light’s Hope or Nostalrius ever again with the advent of WoW Classic,” said the player Skeith, who until recently also helped run Light’s Hope, “but I personally believe we both played an important role in showing Blizzard that going back to your roots is not necessarily a bad thing.”