Admiral Ackbar Has A Son, And He Could End Up In The Rise Of Skywalker

The Last Jedi may have brought an end to Admiral Ackbar, but this is Star Wars. And what is Star Wars if not story of multi-generational legacies, of children taking up the fights of their parents?

Last night StarWars.com gave us our first look at Star Wars: Allegiance #2, next week’s entry in the newly-begun tie in comic prequel to Star Wars: The Rise of Skywalker from Marvel Comics.

Directly leading into the events of the film, Allegiance (which kicked off yesterday) has seen General Leia Organa, with Rey, Chewie and Rose Tico in tow, head to Mon Cala in an attempt to convince the Mon Calamari and Quarren to once again join her in taking arms against a tyrannical foe.

Given everything the planet has suffered in the time since doing so ” including Ackbar’s shocking, sudden death in the Resistance’s retreat from D’Qar ” Leia and her allies don’t exactly get a warm welcome, with Allegiance #1 ending with her and the crew of the Millenium Falcon being held at blasterpoint. But the new preview released for Allegiance #2 shows that not everyone on Mon Cala sees Leia as a threat: say hello to Aftab Ackbar, son of Gial. 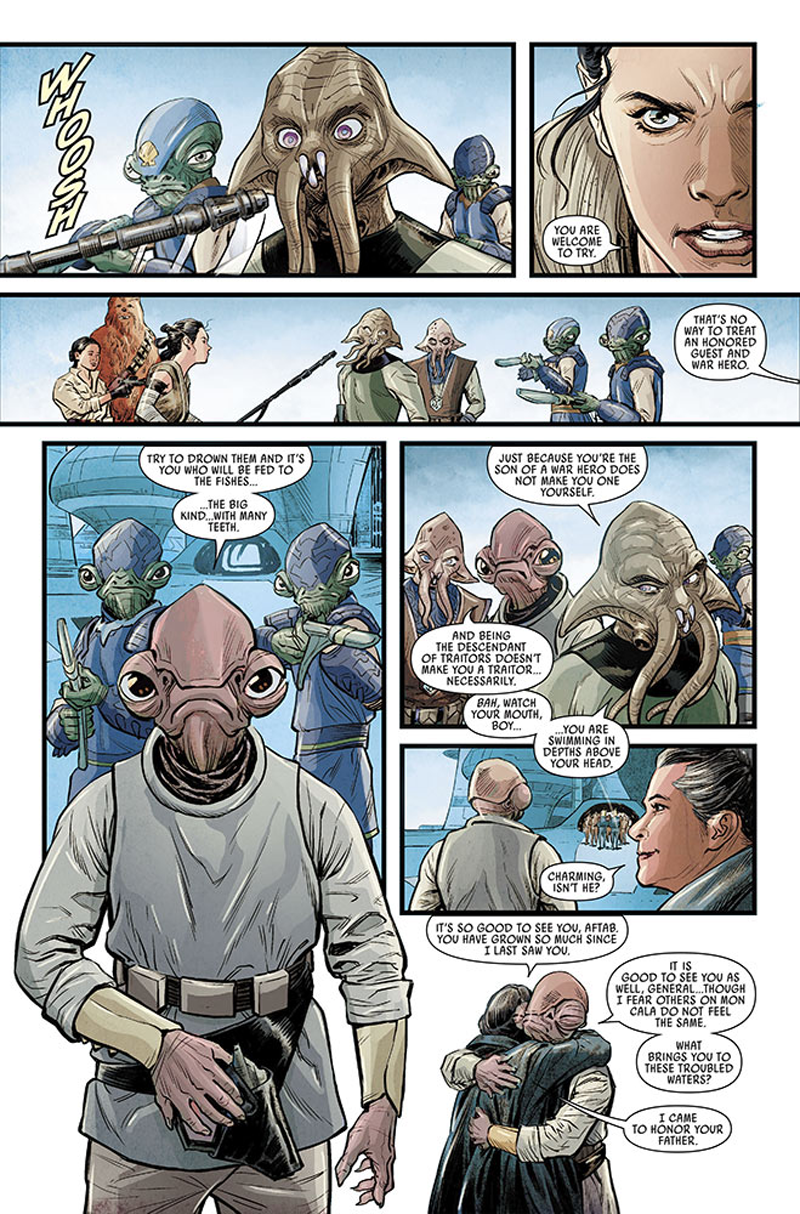 sudden as it was, as is often the case in war, star-based or otherwise ” acknowledged through the lens of his people and his family, but it seems like Aftab’s story is only just beginning.

Last week as part of the merchandise based mass hysteria that was Star Wars‘ Triple Force Friday ” the unveiling and unleashing of oodles of The Rise of Skywalker related products onto store shelves ” fans got glimpses at a few new characters in the movie in the form of a series of new cardboard standees being sold using official photographs.

Although many were familiar faces like Rey and Kylo Ren, or known newcomers like Jannah and Zorii Bliss, there were a couple of intriguing additions among the standees, including this unnamed “Resistance Mon Calamari General“: 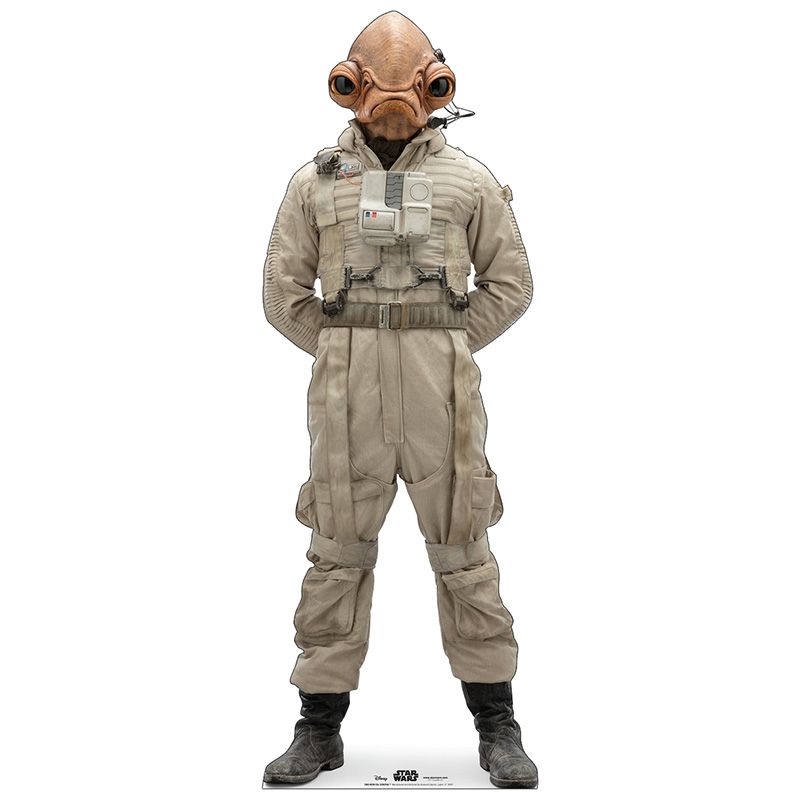 Now, be kind, rewind. Luke Ross and Lee Loughridge’s artwork in Allegiance #2 might be the first time we’ve been introduced to Aftab but… don’t these two look the same? 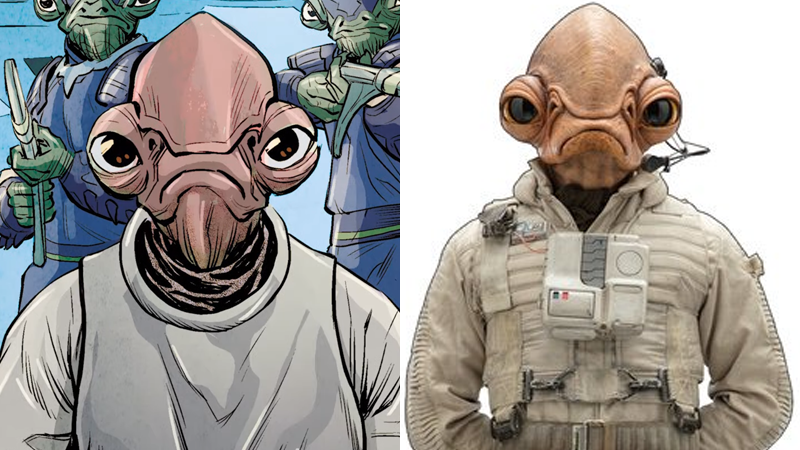 The coloration between the two is alike, in both skin tone and eye colour (give or take some lighting on the photo of the real prosthetic). The creases and markings on Aftab’s face do, as well. It seems that, through a bizarre amalgamation of cardboard cutout and prequel comic, we’ve just learned that we’re going to see an Ackbar in a Star Wars movie once more. It might not be the one we know and love, but it’s an Ackbar carrying on in his spirit ” a very Star Wars thing indeed.

This is still all rather speculatory, of course. All we have is a cardboard standee and some preview pages. But if it ends up being true, trust that the absurdity that is the most random kinds of Star Wars merchandise to give us weird snippets of potential information like this is a thing when it comes to the galaxy far, far away. It wouldn’t be the first time!

We’ll find out for sure if Aftab’s future lies within the Resistance as Allegiance continues next Wednesday, and ultimately when Star Wars: The Rise of Skywalker hits theatres December 19.