At Last, You Can Dye Underwear In Sea Of Thieves 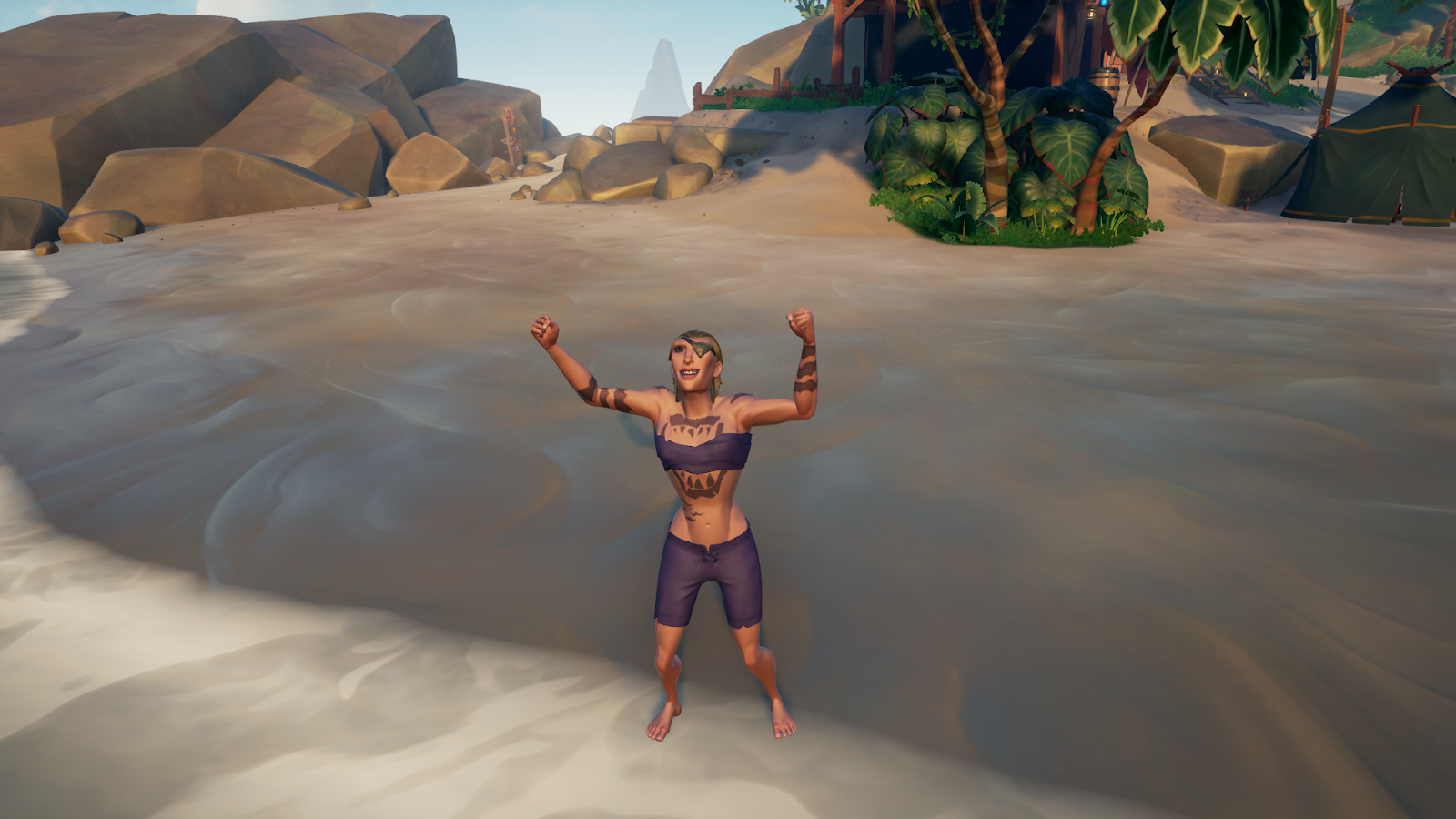 Sea of Thieves updates are usually pretty big. That can mean giant shark battles, massive PvP modes, or even grand story adventures. While the newest update does have a big addition — a difficult “fort of the damned” with rare loot inside — it also has a smaller, sillier feature: the ability to change the colour of your underwear.

Cosmetics form the core of Sea of Thieves’ progression system. Grind enough reputation or gather enough gold and you can gather a variety of dashing hats, golden swords and exclusive “Pirate Legend” gear. Through it all, there’s been one boring constant: dull, drab underwear.

Finally, you can change the colour of your smallclothes and, in theory, change out your ragged and well-worn breeches. It’s all thanks to a simple little widget that dyes clothing with a range of basic colours. 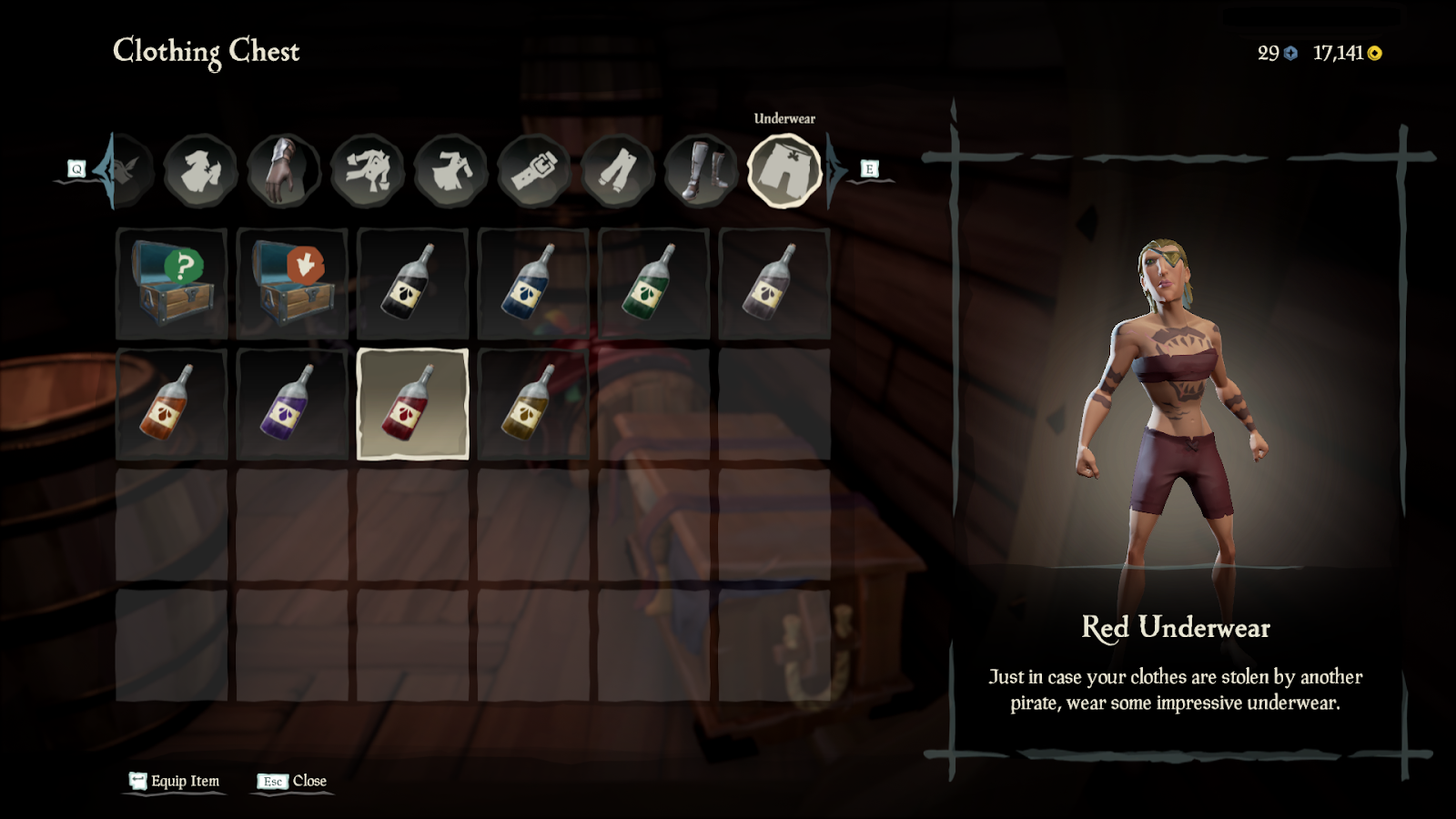 It’s as simple as accessing the clothing chest on your ship and selecting a bottle of dye. No hassle, no bizarre quest to steal the ancient underwear potion of Captain Dread Pants, and no need to spend gold on colours. It’s a pretty limited system for the moment, but I’m hoping that an exciting range of designs and colours become available.

A captain usually wears a heavy coat or fantastic dress, but every now and then you need to intimidate an enemy crew by running around half-naked. And at least now, you can do it with a little more style.