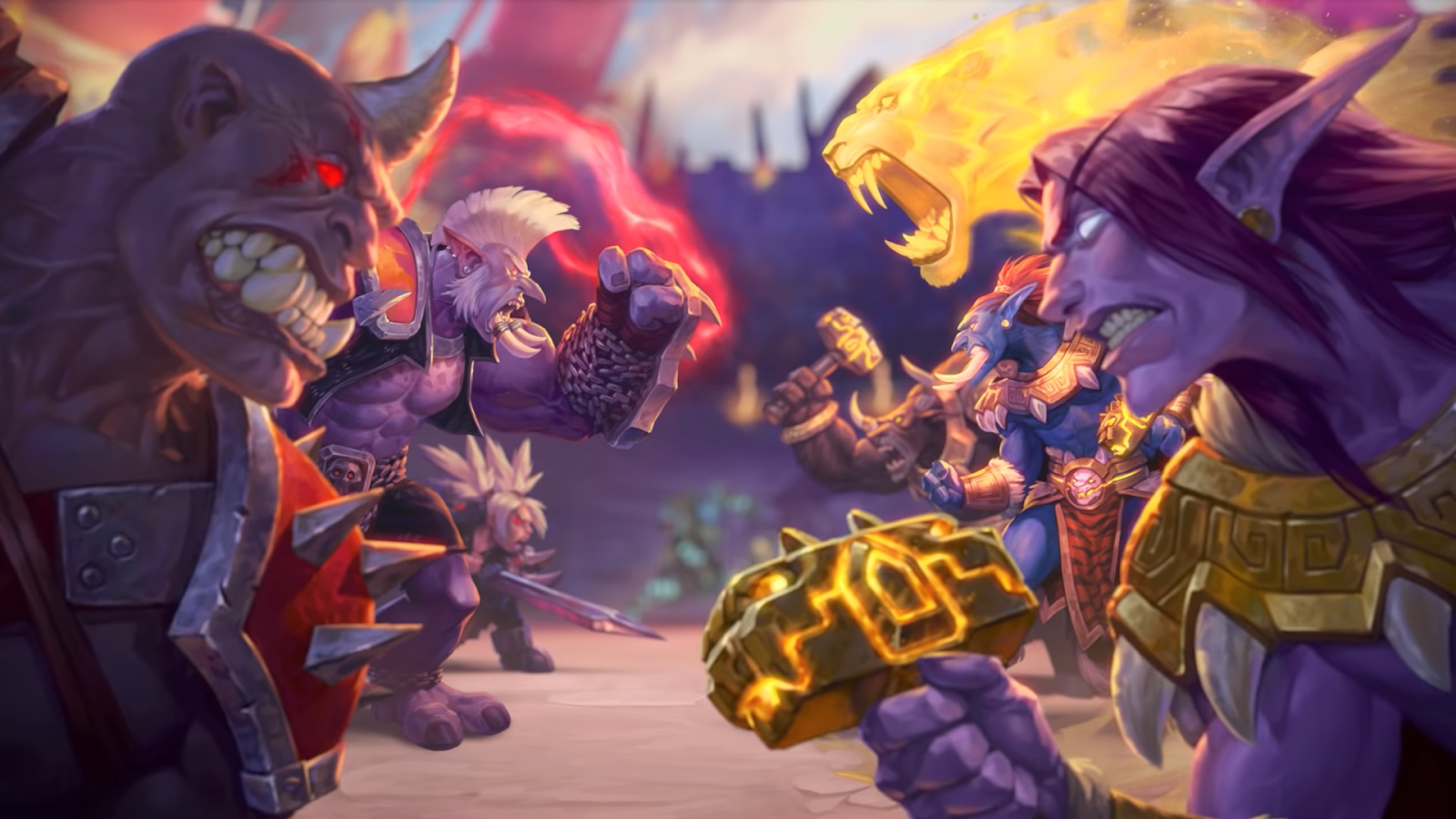 American University Hearthstone players who recently held up a sign calling for Hong Kong’s freedom during a livestream have been officially disciplined by Activision-Blizzard. In a Twitter post today, team member Casey Chambers stated that the team has been banned from competitive play for six months.

The situation started last week when pro player Chung “Blitzchung” Ng Wai spoke in support of Hong Kong citizens currently embroiled in months-long protest with the government. During a livestream of the Hearthstone Asia-Pacific Grandmasters, Blitzchung called for a liberated Hong Kong and a “revolution of our age.”

As a result, he was initially banned from competitive play for 12 months and had his prize money revoked. The decision sparked immediate outcry against Blizzard, including demonstrations from workers on Blizzard’s campus in Irvine, California. Blitzchung’s suspension has since been reduced to six months and his prize money returned.

Later that week, American University’s three-player Hearthstone demonstrated in their own way, by holding up a sign that said “FREE HONG KONG, BOYCOTT BLIZZ” during a match. When a punishment from Blizzard to similar to Blitzchung’s was not forthcoming, the team voluntarily dropped out of future tournaments. Now, they’ve been officially banned for half a year. 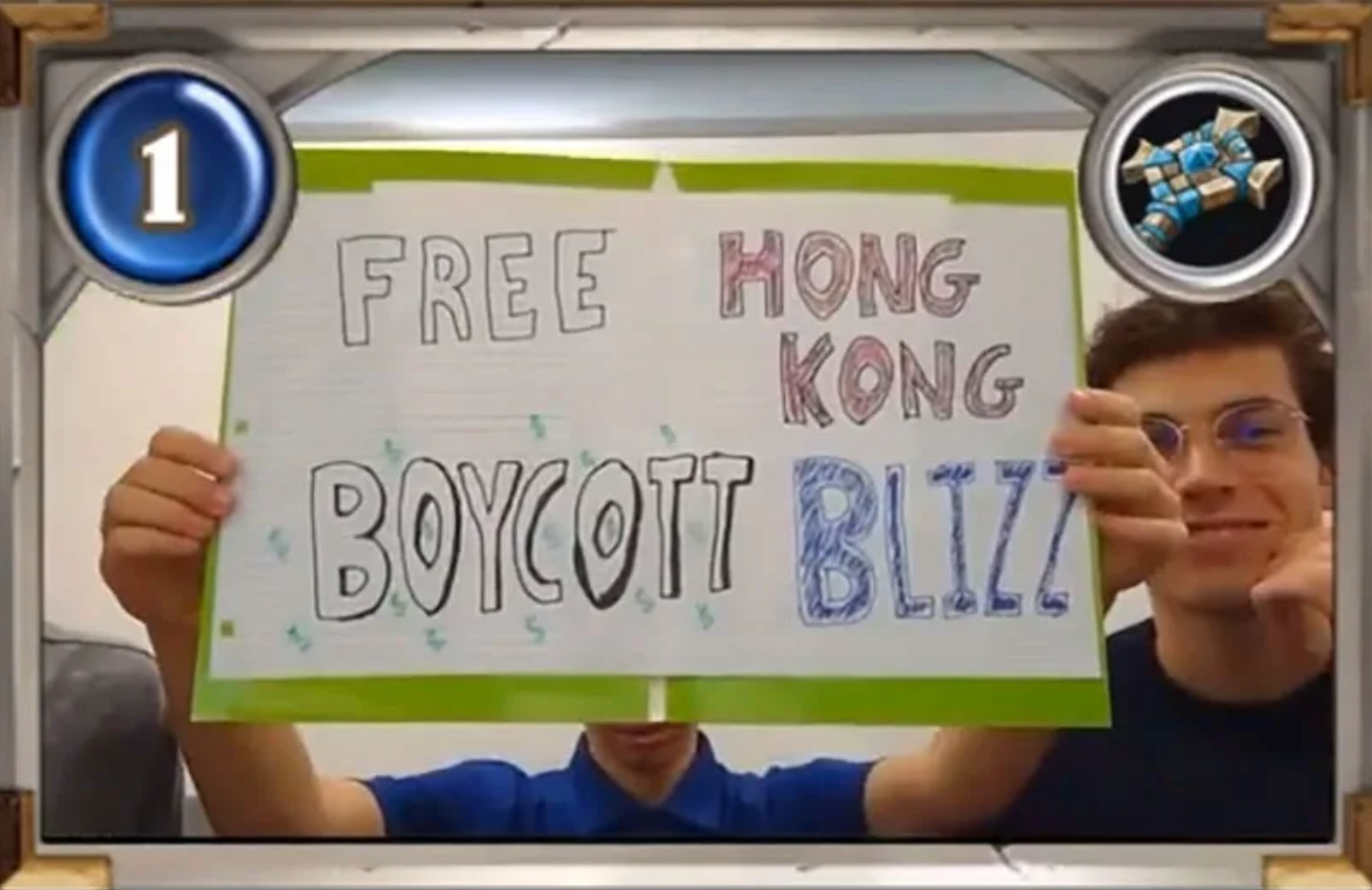 Chambers posted an image of an email from Blizzard on their Twitter today. It reads:

“Every Voice Matters at Blizzard and we strongly encourage everyone in our community to share their viewpoints in the many places available to express themselves. However, the official broadcast needs to be about the game and competition, and to be a place where all are welcome.”

The email goes on to state that Chambers violated a rule regarding sportsmanship and that he is banned from competition for six months from the incident.

“Happy to announce the AU Hearthstone team received a six month ban from competition,” Chambers tweeted. “While delayed I appreciate all players being treated equally and no one being above the rules.”

In the time since Blitzchung’s ban, pressure has mounted against Blizzard from fans disappointed with a slow response to the incident. Eventually, Blizzard president J. Allen Brack released a statement insisting that the content of Blitzchung’s message played no factor in disciplinary decisions, and that it was a result of breaking a general rule that states the company can punish players for “engaging in any act that, in Blizzard’s sole discretion, brings you into public disrepute, offends a portion or group of the public, or otherwise damages Blizzard image.”