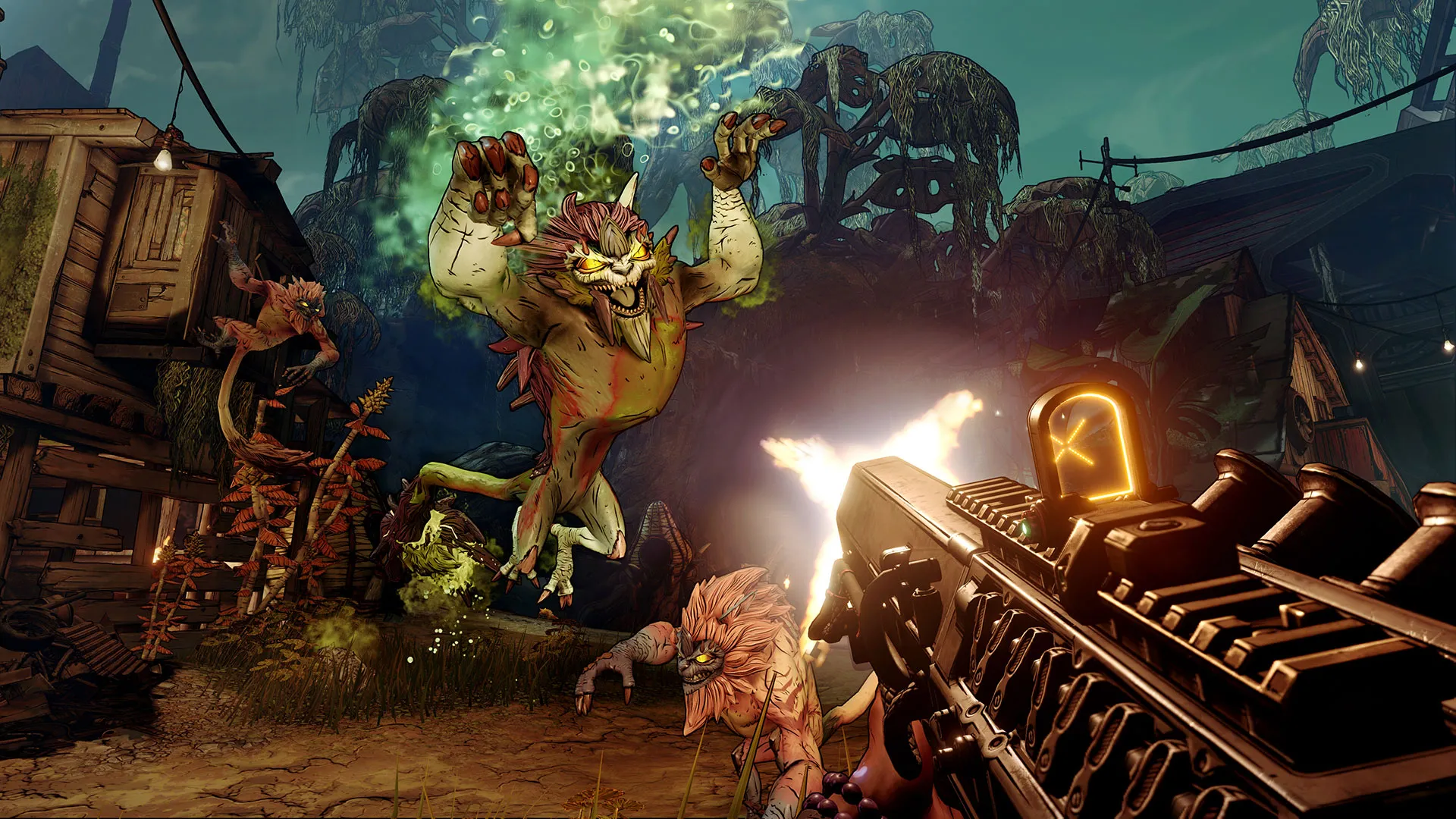 Gearbox continued its trend of weekly Borderlands 3 hotfixes with a whopper this afternoon, weakening some of the game’s best legendary guns and grenades in the process. The severity of these nerfs differs from item to item. In a few cases, it isn’t the end of the world, but a portion of the community is struggling to understand why the developers would so drastically alter some of the borderline overpowered weaponry.

While I was perusing the Borderlands 3 patch notes this morning, I was devastated to see my two favourite guns — the triple-barrel Lyuda sniper and the rapid-fire Butcher shotgun — had been hit with significant nerfs.

As it turns out, the Lyuda was actually firing four bullets at a time when it should have only been firing three, so that bug has been removed and the critical hit damage bonus decreased, whereas the Butcher has had its accuracy and damage lowered.

“Well,” I thought to myself, “there go my main farming weapons!” Fortunately, I was wrong.

After taking the latest Borderlands 3 hotfix for a spin, I can safely say my guns are still super strong. I’m still able to defeat my favourite boss, Graveward, with ease, and none of the areas I travelled through provided much of a challenge, even with negative Mayhem mode bonuses boosting enemy defences. That’s not to say that it isn’t obvious they’ve been nerfed, because it is, but the differences are minimal. Battles end in two or three blinks of an eye rather than one, which I can live with.

Other players weren’t so lucky. The Flakker, a shotgun capable of producing huge explosions and melting anything that stands in its way, saw a massive reduction in effectiveness. Every shot now fully depletes the gun’s magazine, meaning users will need to spend a lot more time reloading. Its damage was also reduced by one-third.

“Flakker was greatly outperforming other shotguns due to the number of projectiles and the high rate of fire,” the developers explained in their official patch notes. “This change encourages players to capitalise on different stat bonuses to maximise the weapon’s damage output.”

Another change with which Borderlands 3 players are grappling has to do with the Hex grenade mods. These legendary explosives seek out enemies and generate elemental area of effect damage that, when stacked, is capable of depleting health bars in an instant.

Most characters use this kind of equipment like a cherry on top of a sundae, but certain playstyles, like Moze’s infinite grenade build, rely on Hex grenades to generate damage. Today’s hotfix reduced that damage by 70 per cent and reduced the amount of time a Hex is active to just three seconds.

That said, several items received improvements, which might mean more diversity in the kinds of builds and loadouts Borderlands 3 players use. It’s just going to take time for folks to experiment and see how everything shakes out. There are also quite a few inarguably good changes, including health increases for Moze’s Iron Bear mech, FL4K’s pets, and Zane’s digi-clone, which should make them all a little more useful in the end game.

I’m also really happy to see shield boosters — health items that drop from certain shields when you take damage — are now picked up automatically, reducing the amount of scrambling I have to do during particularly chaotic battles when my shield gets low.

Even if players don’t always agree with it, it’s clear that Gearbox has a very specific vision for how it wants weapons to compare and contrast with one another in Borderlands 3.

It’s strange and sometimes a little frustrating to see a developer to put so much time into balancing a game without any sort of competition involved, but the amount of attention it’s already paying to Borderlands 3 bodes well for its future.