The coolest thing about Borderlands 3, or any Borderlands game for that matter, is the guns. Colourful guns. Plastic-looking guns with corporate logos, flashing lights and explosive sounds. Due out in December, PDP’s $US150 ($220) Prop Replica Maliwan Pistol captures the spirit of Borderlands weaponry without anyone exploding (probably).

Stretching the definition of the word “pistol,” the in-game version of the special edition Maliwan Pistol is a right blocky beast of a weapon. Its rotating barrel is capable of firing off several different types of elementally-charged shots. It’s a good pistol to have by your side while wandering Pandora and beyond. 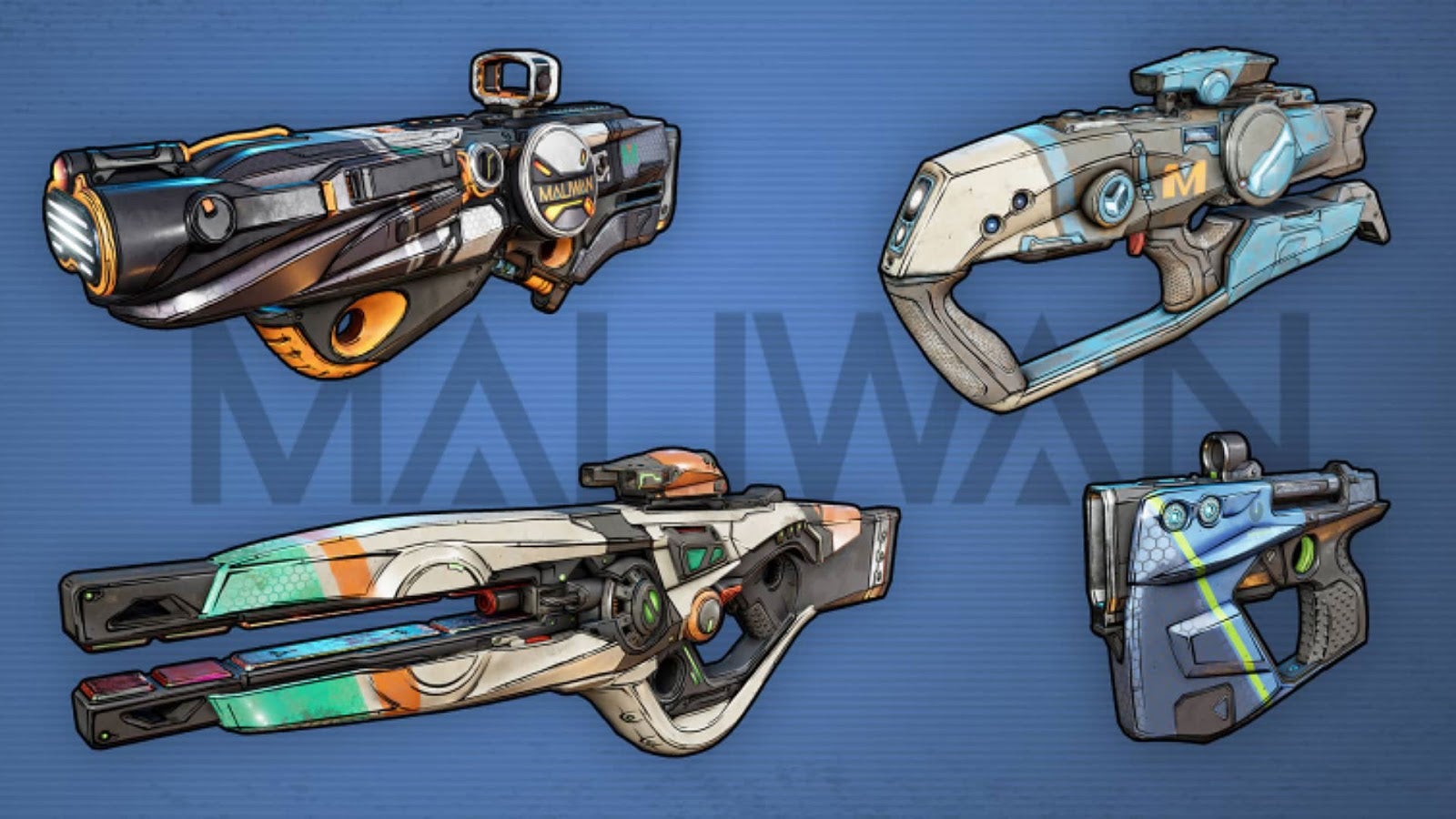 The PDP version of the Maliwan Pistol is a bit different from the one I’m used to from the video game. The colours and basic design are the same, with that distinctive honeycomb pattern on the darker blue. It’s got the sight and the rotating barrels that speed up when the trigger is pulled.

It adds a couple of extra controls, like a dial for increasing its volume and a button for changing the colour of the LED accents that replicate what kind of shot is being fired. The back of the replica is bigger than the in-game gun, since that’s where the three AA batteries that power the unit’s special effects go. 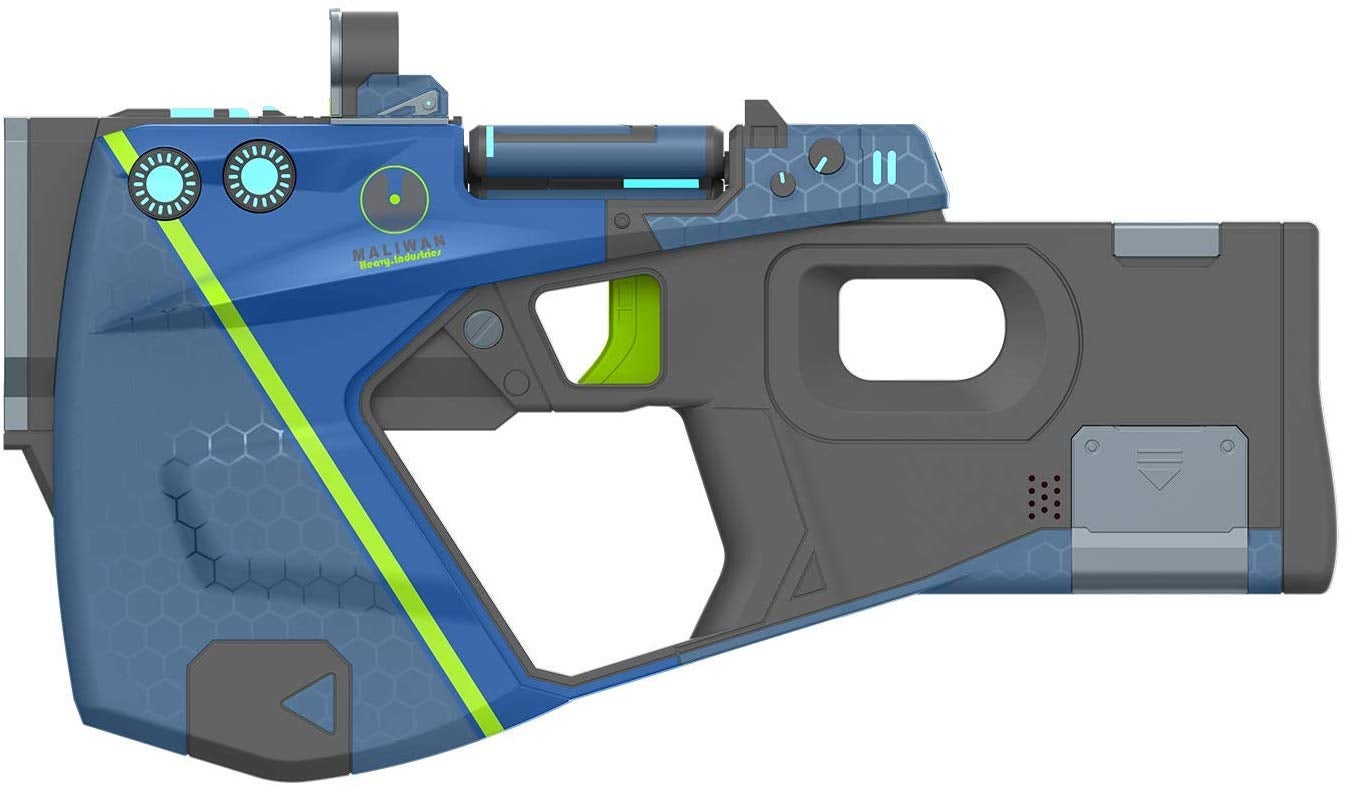 It’s also quite clean. I’m used to my Borderlands weapons looking a bit more grubby, but that’s nothing a few days in my hideously cluttered, cat-infested office won’t fix. I could keep it in its collector’s packaging, a lovely box with a foam insert for the gun and some game art inside. 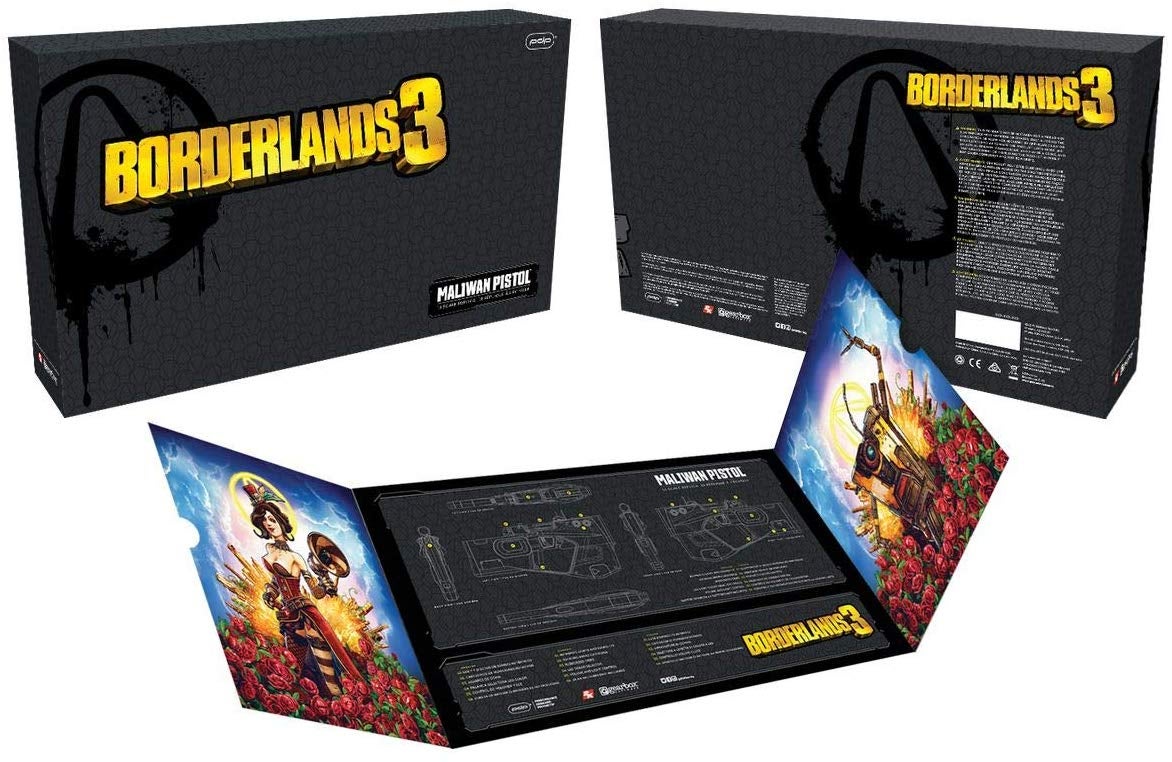 But where’s the fun in that? You don’t buy a replica video game weapon with lights and sounds and leave it in its box. You pull it out and take a video of it in action.

Hardcore Borderlands fans might want to apply some black paint to PDP’s Prop Replica Maliwan Pistol to give it the series’ signature cel-shaded look. Or they could just build their own, the crafty buggers. Those of us without the skill to build and mod will probably be perfectly happy pointing this pristine Maliwan Pistol at our cats while living out our sci-fi treasure hunter fantasies. 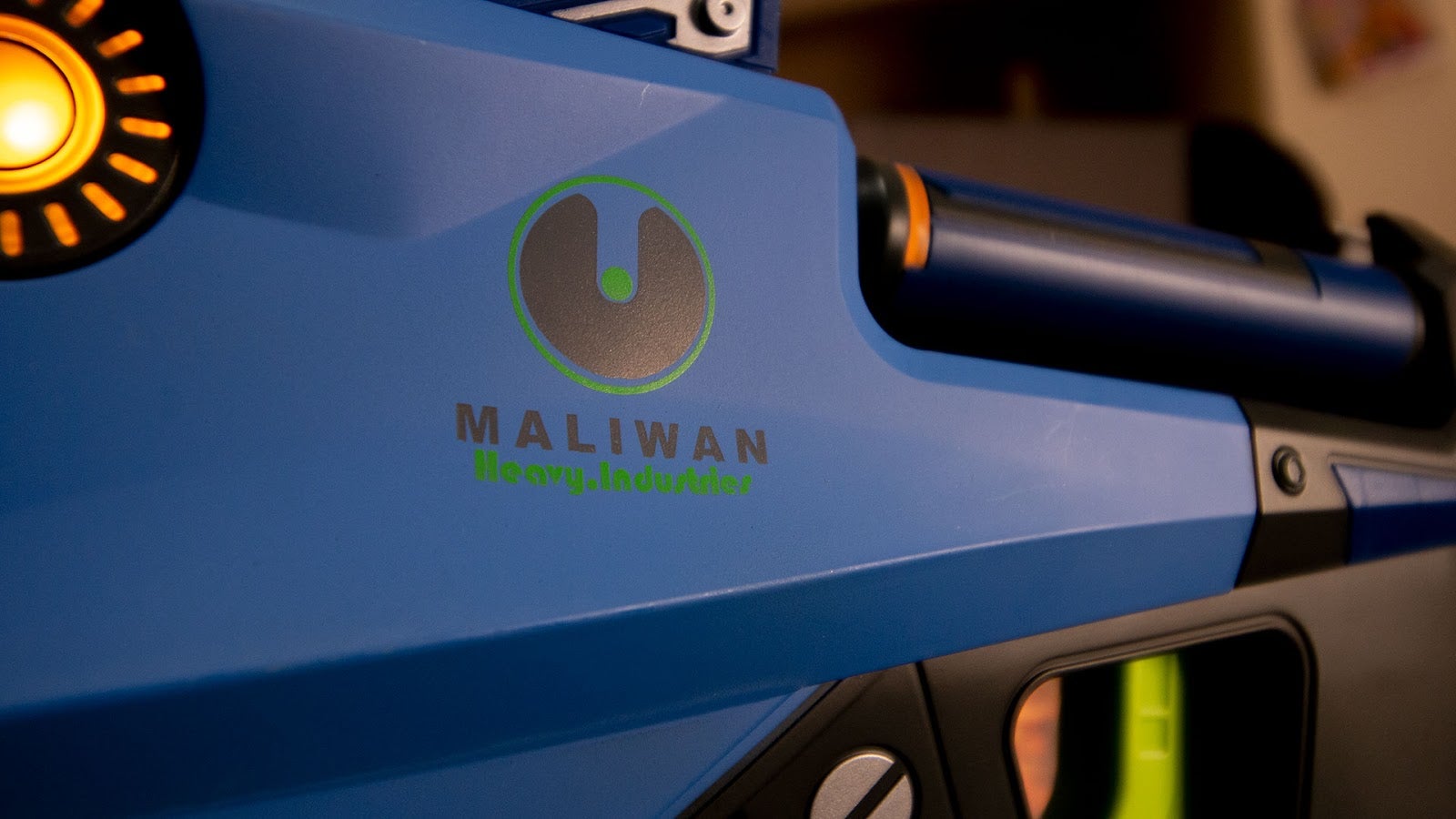