Coach, Michael B. Jordan Team Up To Sell You $140 Naruto T-Shirts

Take a deep breath before you read the following sentence: Coach has collaborated with actor Michael B. Jordan on a wildly expensive line of clothing inspired by the anime Naruto.

Go on a journey with me. Imagine you’re at work, busy working on something not at all related to the anime Naruto, which you mainly remember from seeing the headbands in Hot Topic at the mall. Then a friend of yours texts you this video:

What goes through your mind? For me, it was at first confusion. There are so many proper nouns to immediately parse — I never thought I’d see “Coach,” “Naruto,” and “Michael B. Jordan” in the same sentence together. Actually watching the video does not provide clarity. Why did my man’s eyes turn red?

Then it’s a sense of real delight. Jordan (Black Panther, Fruitvale Station) is a well-documented fan of anime, and working on this collection must have been a real dream for him. While I’ve long associated Coach with old people, the fact that they’re branching out into a wildly new direction is exciting. 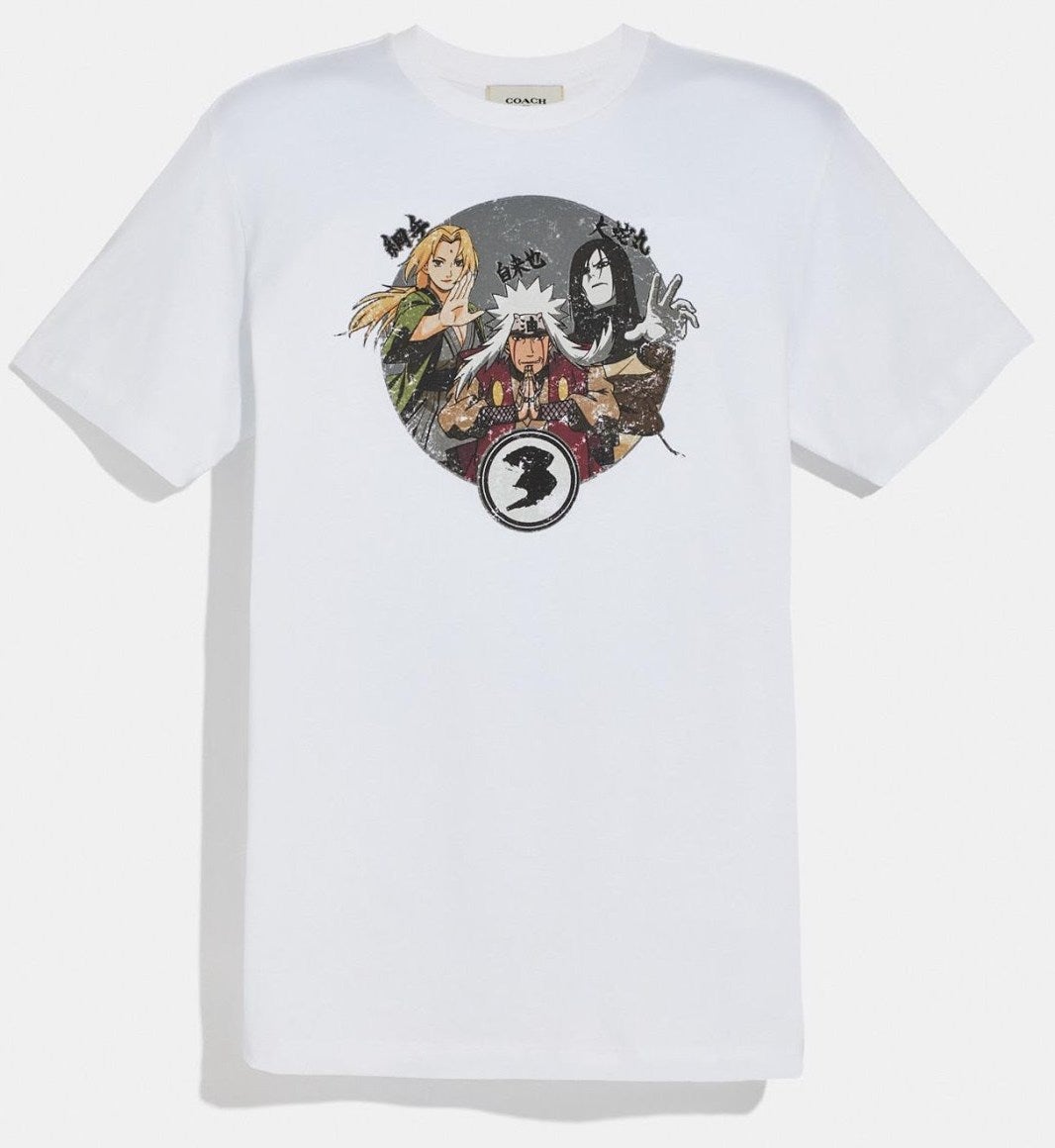 At that point I felt just enough curiosity to click through to a link to the collection. That was where I started laughing. Much as I love Michael B. Jordan, no one is going to pay 140 Australian dollars for this white T-shirt with a picture of the Tsunade, Orochimaru and Jiraiya from Naruto on it.

Editor’s Note: The collection also appears to have been taken down from the Coach website or otherwise unavailable as of writing.

That isn’t to say the entirety of the collection is that low-effort. There’s a really sick-looking parka that can be worn three ways: as a black jacket with a hood, as just the bright red lining, or uh, you can kind of hang it off your back like this I guess. Oh, also it’s $2,225. 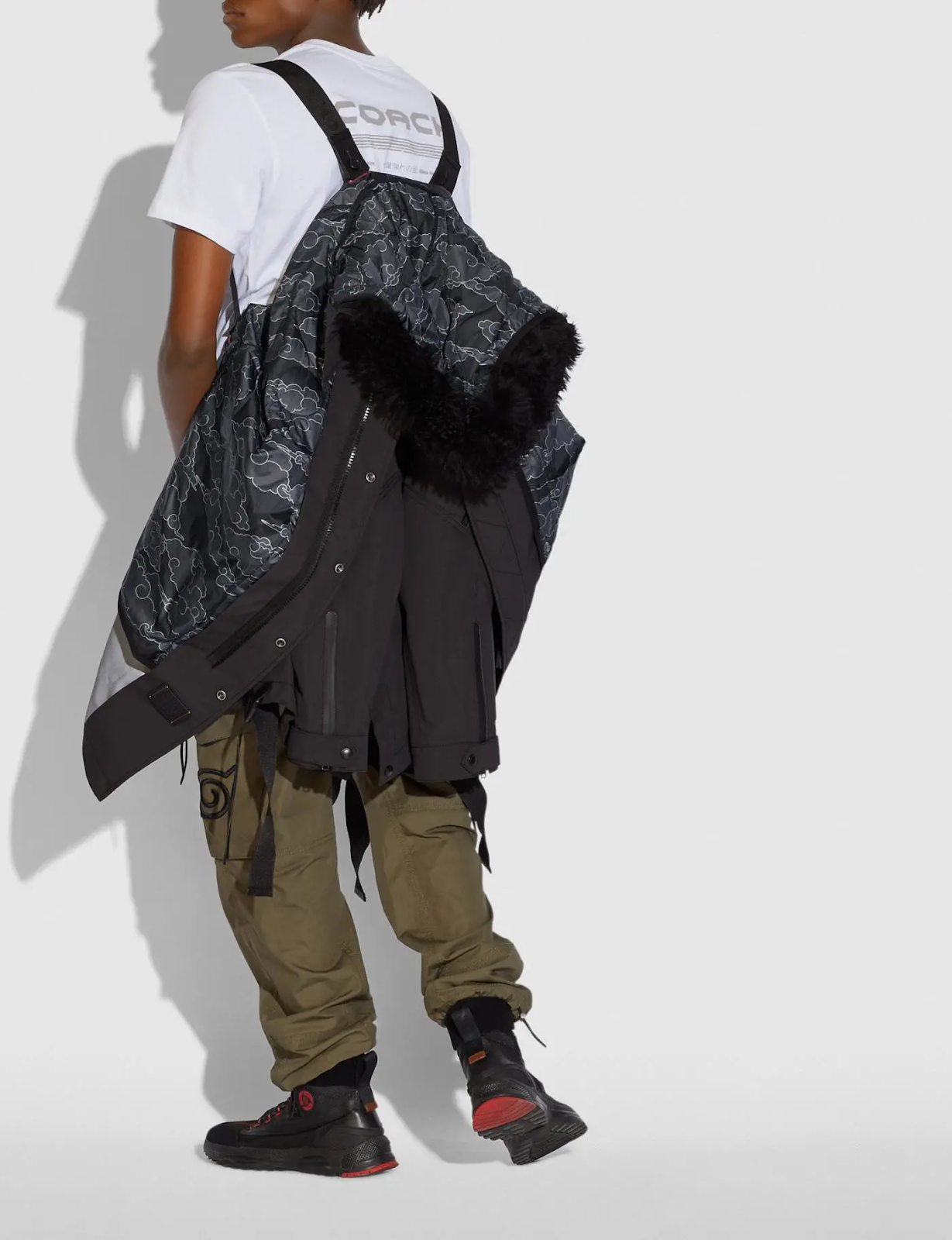 What really makes this collection for me is that the website for this Coach campaign also has quotes from Michael B. Jordan interspersed between the clothes. Some of them are fairly banal. Jordan hopes that his friends like this collection — I just hope that they’re rich enough to afford it. One of them is more specifically about Naruto.

“The way of the ninja is personal to each ninja,” Jordan is quoted as saying, “but Naruto sticks to his word. He doesn’t break his promises.”

Thanks man, that’ll definitely clear things up for the Westchester mums who are really confused about how their kids’ animes made it into their department store! 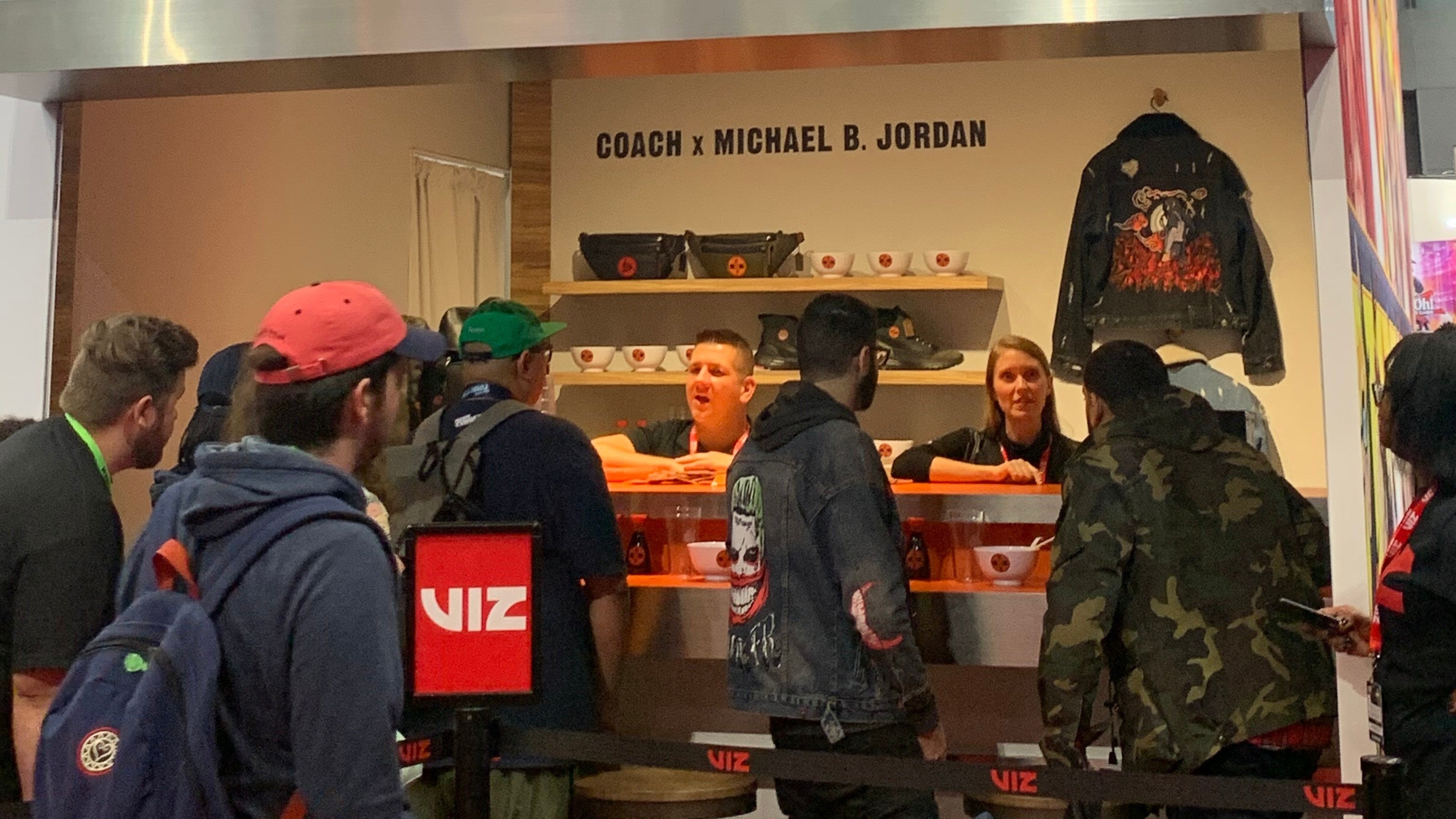 Gizmodo’s Charles Pulliam-Moore, who is the friend who texted me this and destroyed my brain, is currently at New York Comic Con, where Coach has set up a booth to promote the collection. According to him, not a lot of people are there. I guess no one at Comic Con wants to spend four hundred dollars on a fanny pack.