Code Vein Has A Lot Of Unused Voice Lines About Pizza 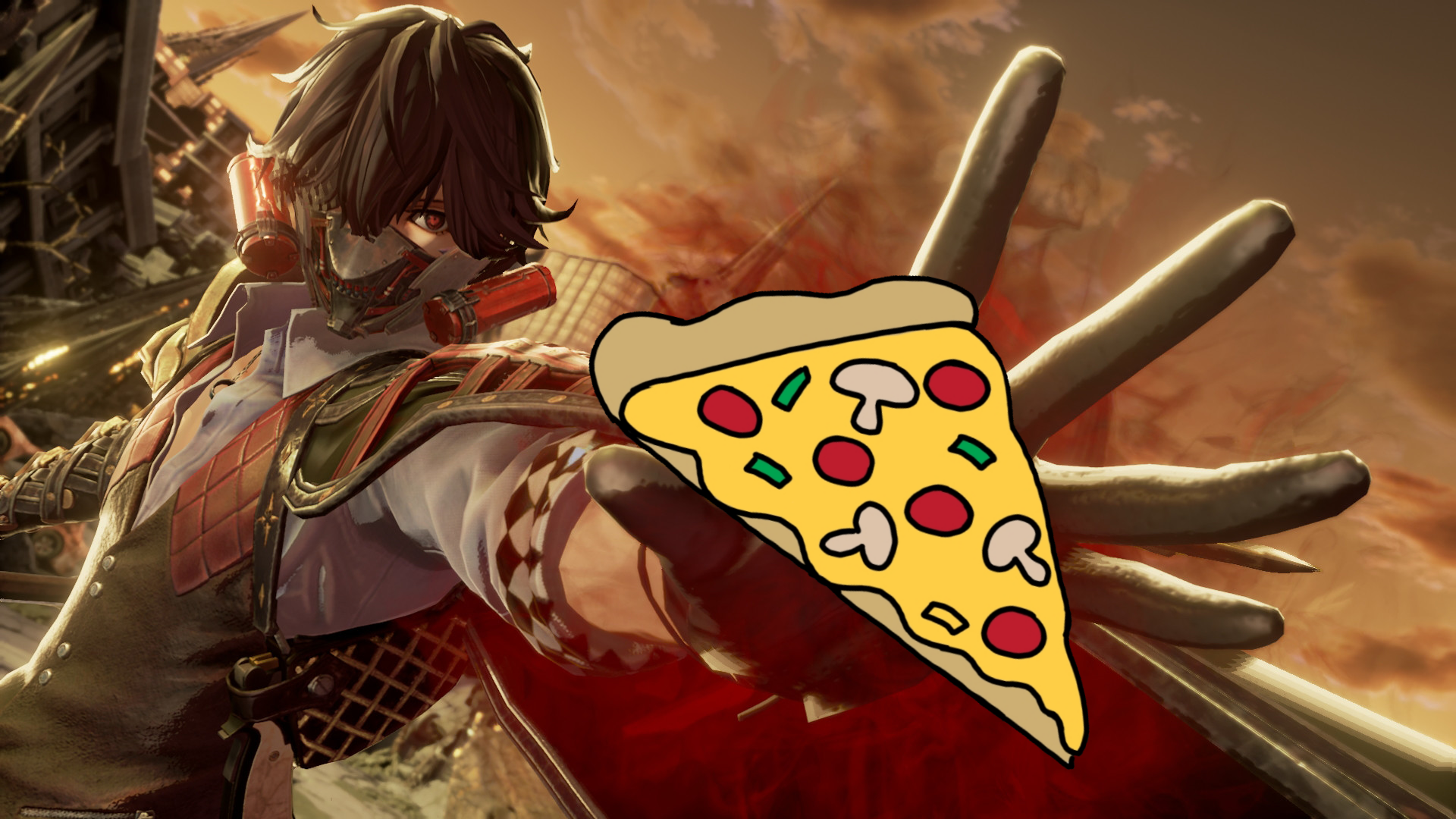 Mmmmm, bloody pizza (Screenshot: Bandai Namco)
To sign up for our daily newsletter covering the latest news, features and reviews, head HERE. For a running feed of all our stories, follow us on Twitter HERE. Or you can bookmark the Kotaku Australia homepage to visit whenever you need a news fix.

Dataminers recently discovered a treasure trove of unused voice lines in the anime-flavoured action game Code Vein. These types of assets can often shed light on storylines or character motivations that just didn’t make it into the final game, but the strange dialogue supposedly unearthed by fans instead focuses on various characters extolling the virtues of pizza. Domino’s pizza, to be specific.

The pizza chain first appeared in screenshots of the game shown in early Code Vein previews, where a Domino’s sign was clearly visible in the game’s main hub. While one could argue that the setting — a post-apocalyptic version of the real world — made the presence of the restaurant believable as a piece of environmental storytelling, it was the only brand to be featured in such a way, leading some to believe it was some sort of cross-promotional marketing partnership that would reveal itself after the game’s launch. When Code Vein finally arrived in September 2019, however, the Domino’s sign appeared to have been removed from the game.

Fast-forward to yesterday evening, when Twitter user zetsubouquet uploaded a short collection of voice lines that were purportedly uncovered by Code Vein fans as they dug through the game’s data. Further research led me to a 4chan thread, which appears to be the only other place the samples were mentioned, after which point they were uploaded to audio-sharing website Vocaroo.

The audio snippets in question never refer to Domino’s by name, but it seems possible that the lines could have been intended as part of a marketing stunt, given the way random characters fall over themselves to praise the pizza they’ve stumbled upon.

“Amazing,” one character says, “And they still manage to turn a profit. That’s quite a business. I wonder if they have a book I can study?”

“They might be good to take on explorations,” says another. “I just hope the aroma doesn’t draw the Lost like it does me!”

Every voice line is hilariously designed to push product, including the upselling character who describes pizza as being “lonely” for side dishes and another suggesting the player try the phyllo dough crust, an option that I haven’t been able to find evidence of Domino’s offering in the past. Like most marketing, it’s all very over-the-top and nonsensical with an insistent and almost predatory edge.

I wasn’t able to confirm the existence of these voice lines in Code Vein myself, but Bandai Namco localisation project coordinator Eric Santana tweeted a cry-laughing emoji in response to fans’ discovery of the lines, adding, “I can tell y’all a story next time.” Kotaku has contacted Santana, Bandai Namco, and Domino’s for more information on this apparent cross-promotional partnership, but none have yet responded.