We can’t really go back to a time where Symmetra’s beam was literally an aimbot, nobody knew how to play Genji, or that the double shield meta didn’t exist. But when you play Overwatch on the Switch, it does feel like going back in time a little.

It’s not like people have forgotten how to play Overwatch, or that the Switch version is missing any content. It’s just that people are playing the game a lot more differently, either because they’ve never really engaged with it before or because playing the game in handheld mode means that people are more relaxed, less active on voice chat, and generally less concerned with co-ordination and winning.

So you see some old trends. Reinhardt and Bastion have been auto-locks every time I’ve fired the game up. You don’t see Widowmaker an awful lot, because Widowmaker is hell to play on console controls, even moreso with Overwatch‘s implementation of gyro controls, which are nowhere on the same level as Splatoon 2.

It’s a little like playing on PS4 or Xbox again, but everyone’s playing a hell of a lot less seriously. 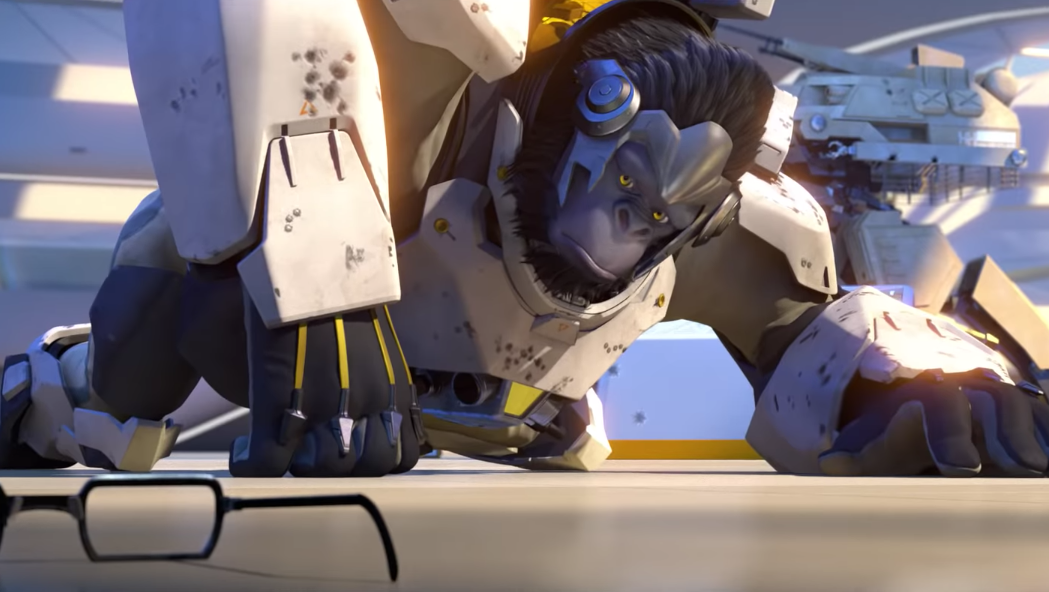 With today’s launch of Overwatch on Nintendo Switch, there is officially a worst way to play one of the best games of all time.

And then there’s the matter of the game’s performance.

Overwatch famously made a big deal of targeting 60fps on the PS4 and Xbox One when it launched, arguing that the fluidity was necessary for gameplay. The Switch was always going to struggle to maintain that, primarily because the level design demands a certain level of draw distance and sharpness that is really hard to sacrifice.

Still, having seen what CDR and Saber Interactive did with The Witcher 3, I can’t help but wonder what would have happened if they were more brutal and just accepted a degree of softness in the textures and quality to maintain a solid 30fps cap. Anyway, we are where we are. The performance is a huge dealbreaker for me, but then I grew up playing a lot of shooters on PC and Overwatch isn’t something I’d naturally want to play on the Switch.

But being able to play it on a small screen in bed … there is something to that. I just wish it ran better. Even if getting queued onto servers in France makes the whole experience pretty unplayable.

For those who picked Overwatch up on the Switch, how have you found it?