Cube World Wasn’t Worth The Wait

In asking me to write about this game, released on Steam today after six years in the wilderness, Stephen said that I’d been very excited about Cube World back in 2012. And I had been! Back in 2012. A lot has changed since.

Cube World’s time out of the public eye has resulted in a final release that is notably different from its popular alpha, especially when it comes to levelling (which is gone), region-locked equipment (you can’t take stuff from one biome to another) and the hang glider (which now sucks).

One of the reasons I was so into it (at least on paper) back in 2012 was that it sounded (and looked, obviously, given its similar art style) like a gamier version of Minecraft. I get that Mojang’s classic has its millions of fans, but its open-ended nature never really appealed to me. I thought Cube World’s tighter focus and RPG elements would take the stuff I did like about Minecraft — its procedurally-generated worlds and a feeling of real boundlessness — and reign them into something more structured.

Cube World does this, but only in the most serviceable way possible. The outline of an action RPG is there, and traces of MMORPGs alongside it, but none of it is any fun. Combat is incredibly basic, while questing is a chore since I had no investment in this paper-thin world or the characters around me.

It’s also badly in need of a tutorial, since your first hours with the game are also the worst, as you wander around the woods being killed by everything you come across, get little in return, then have no idea what to do with the stuff you do get. 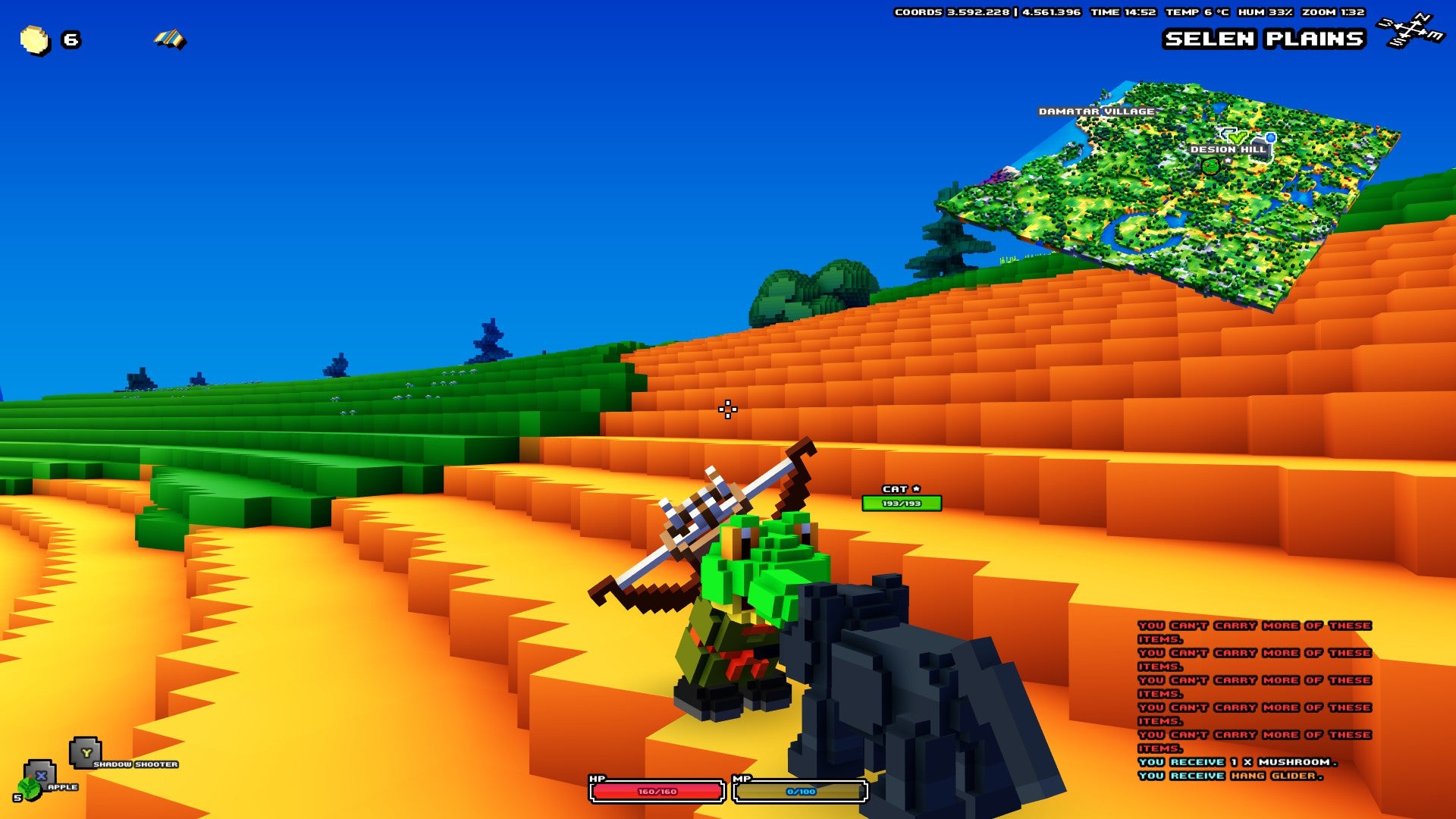 On the bright side, you can be a frog, and you can pet cats.

About the only thing I did enjoy about my time with Cube World was exploring. It’s a very pretty world, if you’re into the blocky voxel art style thing, and its undulating terrain and enormous caves were nice just to zone out and stroll across.

It’s a shame that Cube World’s launch has ended up like this, with fans dismayed (the game’s Reddit and Steam reviews are not being kind) at the amount of stuff removed or changed from what had already been such a fun experience.

For a game to spend so long in the dark and then finally get released could have been one of the feel-good stories of the year! Instead we’ve got a game that is somehow worse than its alpha, missing loads of what were originally its best features, and what’s left just isn’t very good.