Destiny 2, As Told By Steam Reviews

It’s not every day that a series with as much legacy and history as Destiny suddenly orbital-drops onto Steam. This has resulted in a horde of Desti-neophytes rushing to see what all the fuss is about. Are they enjoying diving into the deep end of Bungie’s loot ocean of a game, though? Yes and no.

At this point in its life cycle, Destiny 2 is obstinately, maximally itself. This means heaps of lore, stats, currencies, and activities that can lead to a pretty overwhelming experience for newcomers. While many longtime Destiny 2 players are just happy to finally have their favourite shooter-MMO hybrid on Steam, some new players have expressed confusion and even rage over all the things they have to come to grips with upon starting the game.

Also, Warframe fans have decided to turn Destiny 2‘s arrival on Steam into some weird tribalistic showdown between two free games that everybody can enjoy? It’s the internet, so I guess I’m not sure what else I was expecting. 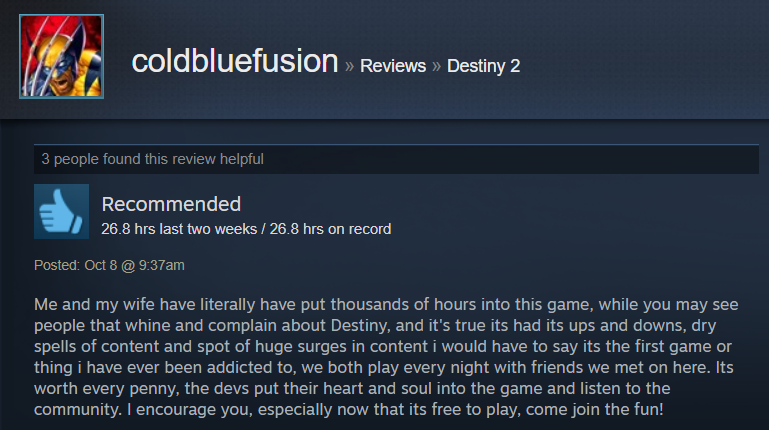 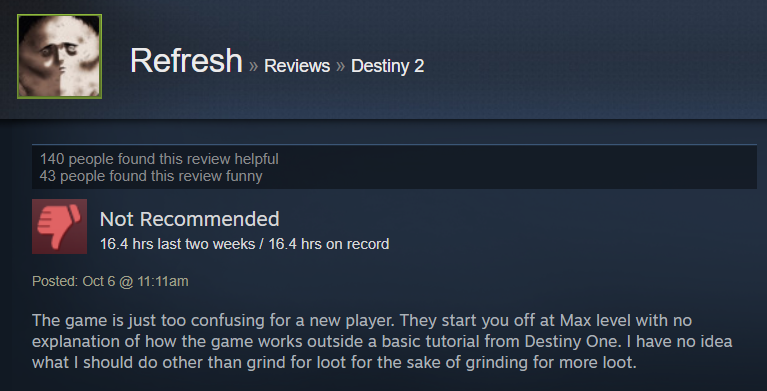 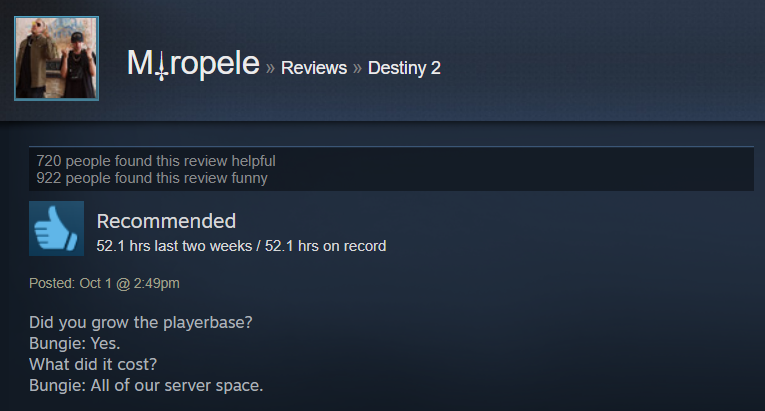 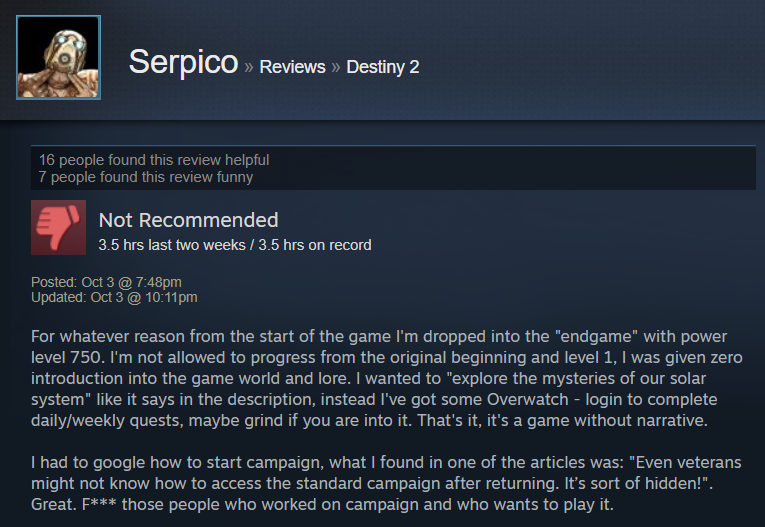 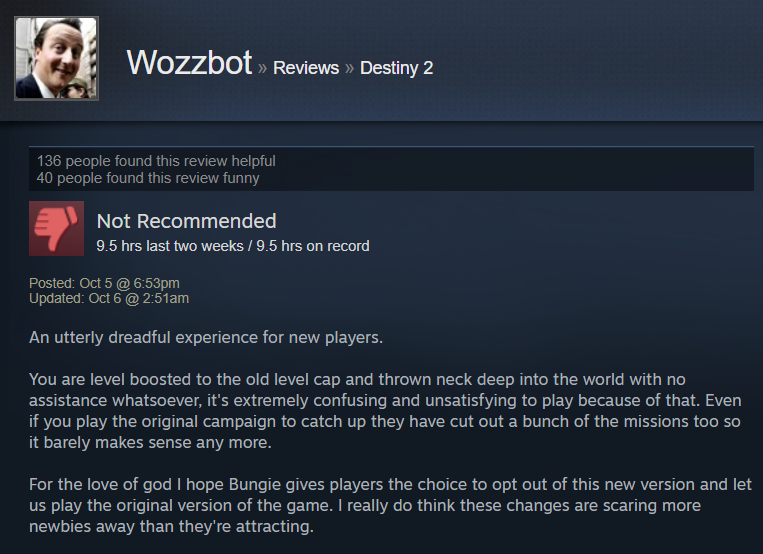 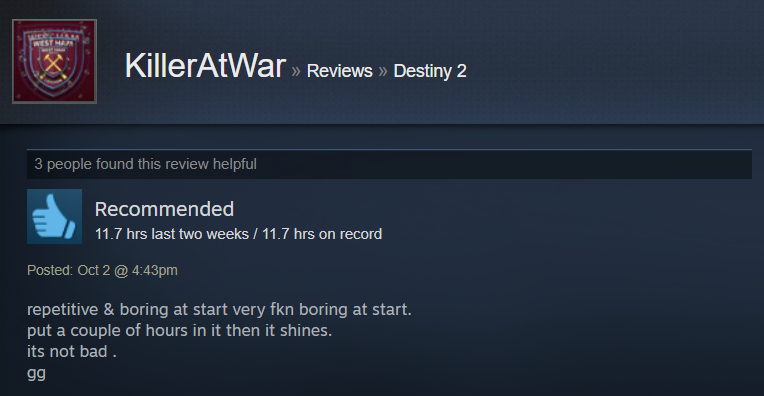 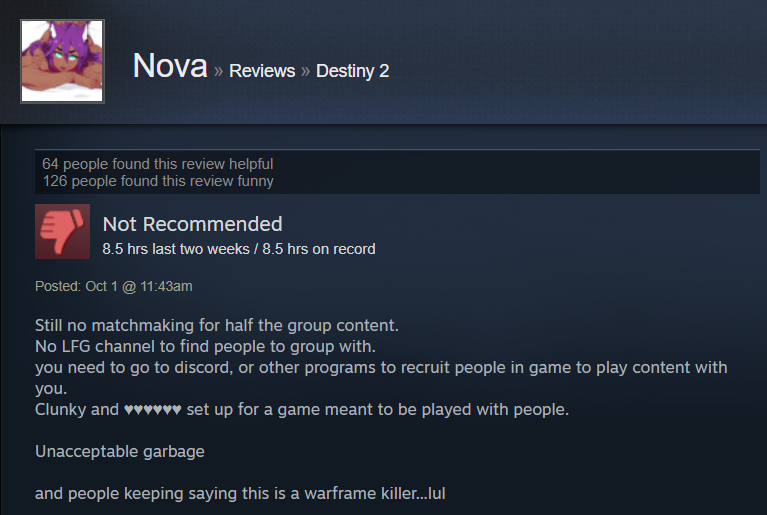 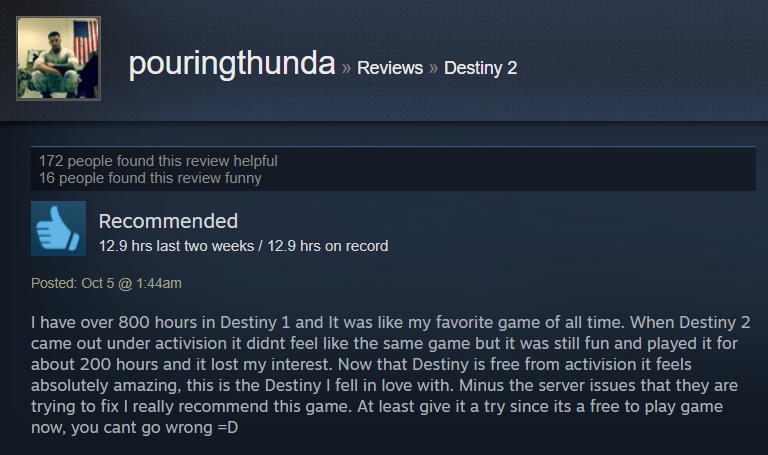 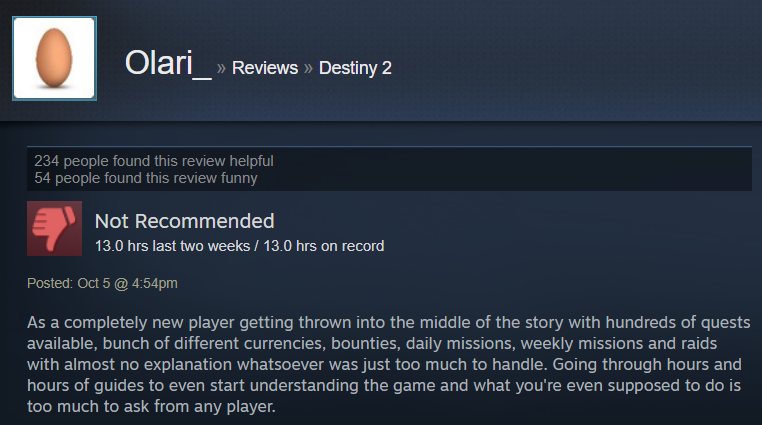 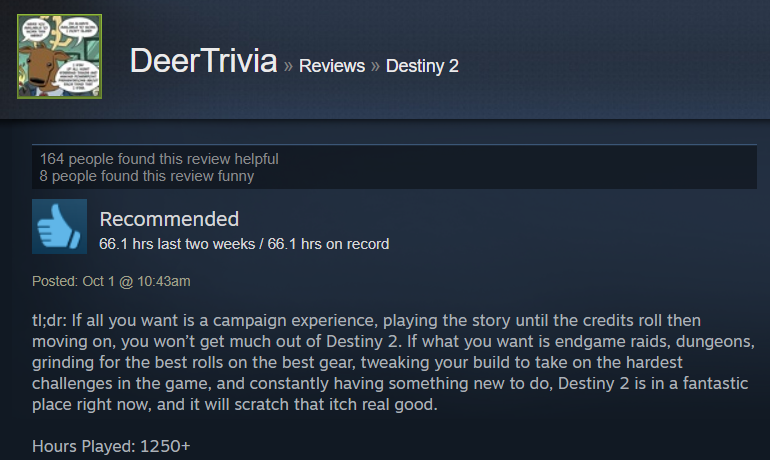 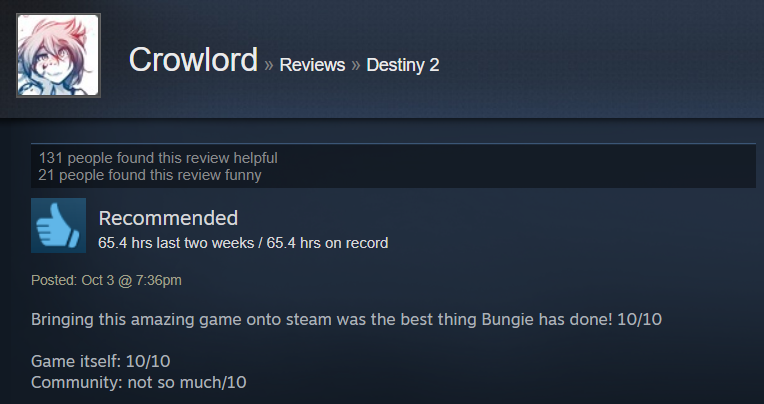