Destiny 2’s Ongoing Story Has Potential, Even If The Vex Are A Little Boring

If you’ve logged on to Destiny 2 over the last couple of weeks, you might have noticed something different. The Tower, Destiny’s social space where players can collect quests from characters and store their gear, has a construction project underway. Two weeks ago, it was just scaffolding. As of this week, it’s starting to look like a portal. There’s a story here, and it’s pretty easy to know where it’s going if you’ve spent this month regularly playing Destiny. But it’s not the only one — and it’s far from the best one. 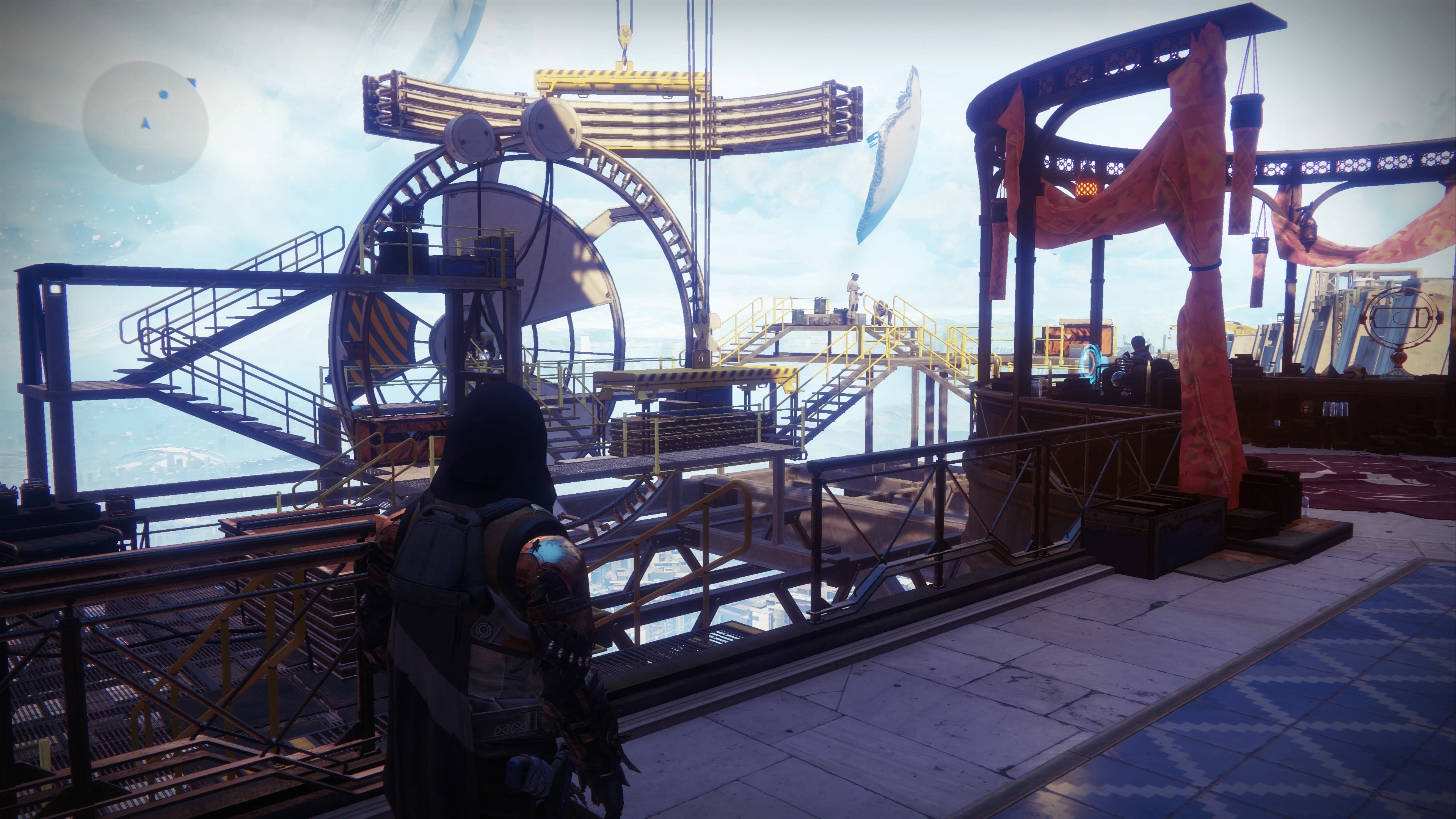 The presumed portal being built in the Bazaar section of the Tower, behind Ikora Rey, is connected to the current season-long storyline, dubbed the Season Of The Undying. Shadowkeep’s main story ends with your Guardian obtaining an artefact that’s connected to most of the new problems players have to deal with in the ongoing story this season. Since the artefact communicates with The Black Garden, the birthplace of the Vex enemy faction, it’s kicked off a narrative chain reaction that provided some backstory for new Destiny 2 activities.

First, it led to the opening of a new raid, The Garden of Salvation, which coincided with Vex portals opening up on the Moon — and, subsequently, the Vex Offensive activity. All of these things — the artefact, the raid, the Vex Offensive, and this currently-under-construction portal — are all steps in an ongoing effort to understand and fight back against the Vex. What will happen when that portal is complete? We can’t say for sure, but it’s extremely likely that it’s leading to the final scheduled event in the Season of the Undying roadmap, the Vex Offensive final assault. 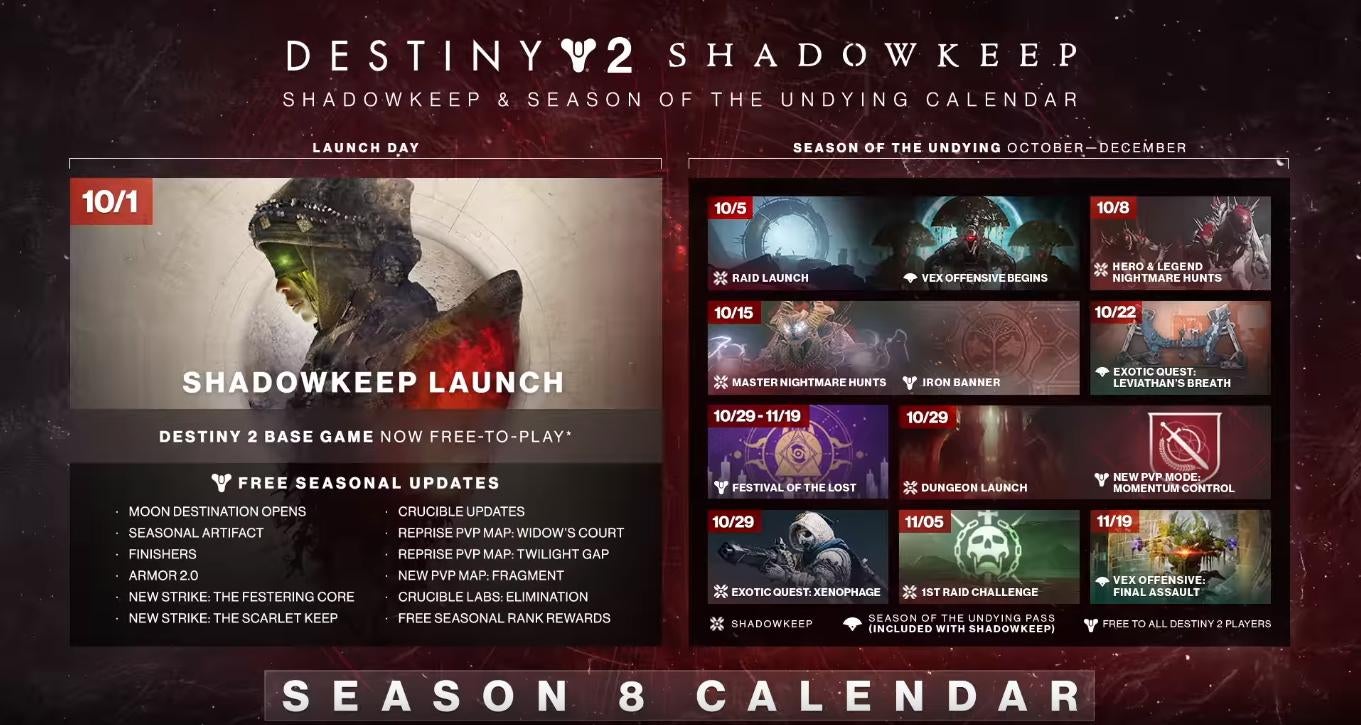 The easy comparison here is Fortnite. Destiny has been adapting several ideas popularised by that game for its own use. Destiny 2’s new Season Pass takes more than a few cues from Fortnite’s Battle Pass, and its slow and gradual approach to environmental storytelling is similar to Fortnite’s method of teasing changes coming to the game via hints in the in-game world. (It also has roots in classic MMOs, of course.) It’s neat, particularly for players who might not be constantly browsing the internet for the latest news. They get to see a living game world that slowly changes as it introduces interesting new things for them to do.

But the best Destiny stories have always been in the margins, and despite the attempts to foreground some of that with these seasonal stories, the most compelling stuff is still off to the side. It’s a problem that comes with abundance — Shadowkeep has introduced a bunch of plot threads that I find fascinating. I still have so many questions about what’s going on with the Moon, you know? So yeah, I’m going to be a little disappointed if or when the game decides to devote some time to a portion of its story that I’m not so hot on, like the Vex. 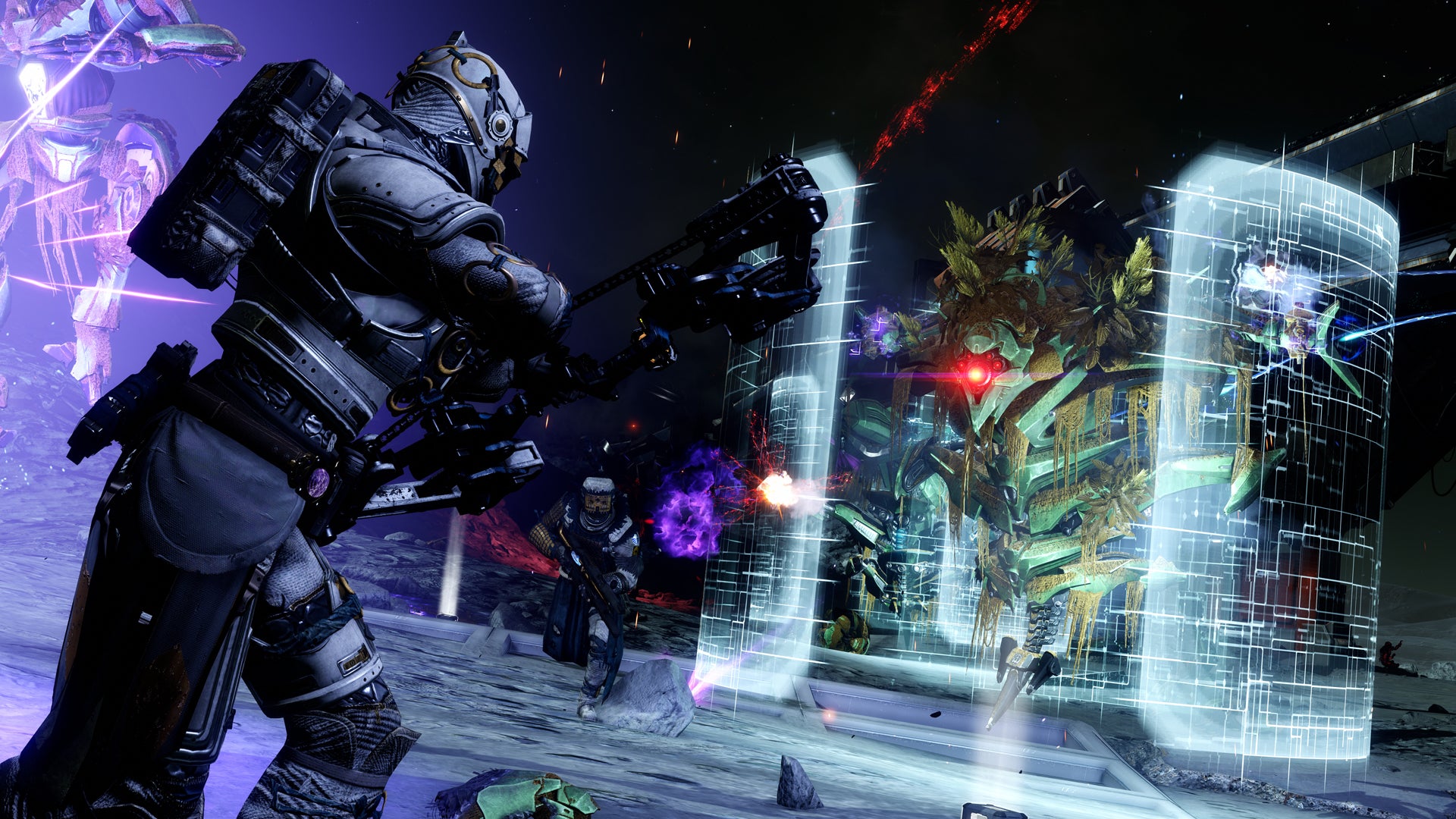 It’s not that the Vex are a bad place to go for interesting stories. On paper, I love them — a synthetic race of hive-mind machines that exist outside of time, causing problems in the past, present, and future all at once is my jam — it’s just, as they exist in Destiny now, they’re a mystery there for mystery’s sake. No one knows what they want or how they work, so there’s nothing to think or speculate about beyond whatever big secret Destiny lore skirts around. They don’t have the strange religion of the Hive, the feudal society of the Fallen, or the extravagant and petty warmongering of the Cabal to latch on to.

What is there focuses on the struggles of off-screen characters trying to survive the Vex. As you fight Vex hordes in the Vex Offensive or elsewhere, you’ll unlock pages from a lore book called Aspect, which chronicles a Guardian named Praedyth’s failed attempts to escape the Vault of Glass, the first raid from the original Destiny. It’s a mind-boggling story of a man trying to hold on to his mind in a prison he cannot comprehend, working with fellow prisoners to fight their way back to freedom and, well, linear time. It’s a cool thing to spend twenty minutes reading, but it’s not something that makes me more interested in the Vex.

“Praedyth has watched from his cell for longer than he knows how to quantify, sitting inside, looking out.

He’s seen so many different timelines. There’s no way to know which are real.

From a certain point of view, they might all be.”

-From the entry titled ”Epistemic” in the lore book Aspect.

The current focus on the Vex would be less frustrating if Destiny’s other ongoing stories didn’t feel more interesting or substantial. There’s the backstory behind the weapons and armour found in the Garden of Salvation raid, which introduce a fireteam of Guardians who turned to the Darkness in rebellion against the Traveller.

There’s the lore book Revelation, which delves into what happened in the Moon’s K-1 Lost Sectors when a routine moon mining expedition leads to the discovery of a strange object that causes madness, resurfacing a bit of lore from a Destiny 1 multiplayer map. And there’s also an increased focus on the Bray family in various lore entries.

They’re the ones behind Clovis Bray, the corporation responsible for most of the human technological leaps made in the Destiny universe before the calamity that the games begin some time after. Like Weyland-Yutani of the Alien films or the Umbrella Corp from Resident Evil, the Brays are great fodder for conspiracy theories, and it’s fun to pay attention whenever one of their names pop up. 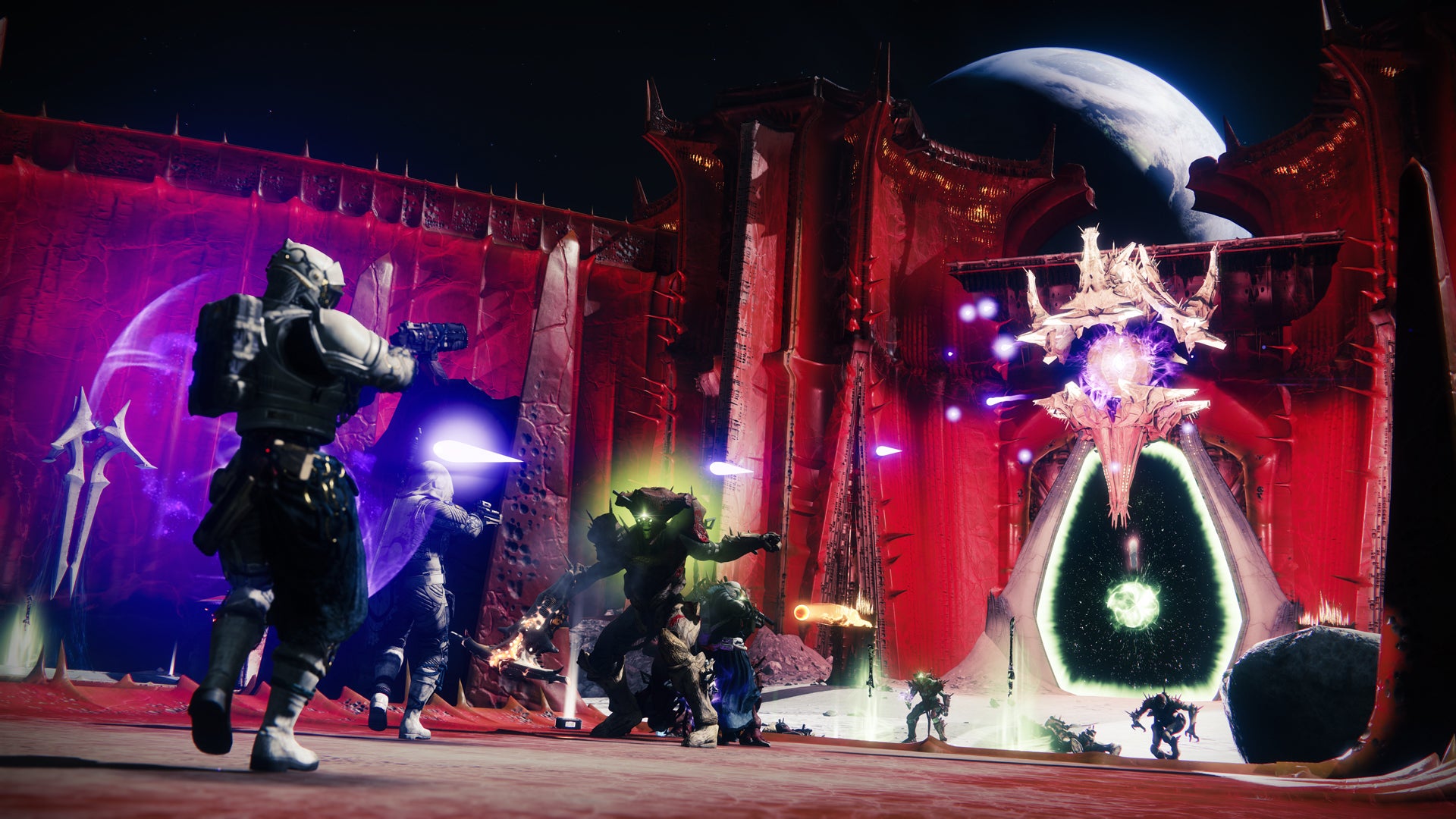 All this? Way cooler than the Vex.

The problem, I suppose, is taste. In Destiny’s efforts to become a more compelling, living game, its developers must choose to focus on one story above others, and since taste is subjective, different players might care about some subplots more than others. The bright side here is that live games, like TV shows, can spin stories that grow in the telling. There’s always an opportunity for unexpected turns, or for seemingly unrelated threads to suddenly be tied together that might make a story I previously disliked story land really well.

With that in mind, it might be foolish to presume what that portal behind Ikora Rey really is. Sure, it’s probably leading to the final assault Vex Offensive activity. But maybe it’s a red herring, or a plot that will backfire horribly without any explanation whatsoever, like when Twin Peaks: The Return introduced a glass box with zero explanation, and then had a face-eating monster come out of it and murder people with just as much explanation. Anything is possible, really.