Disgaea 4 Might Not Be The Best Disgaea, But It’s My Favourite

No game in Nippon Ichi Software’s long-running series of ridiculously deep tactical role-playing games will ever capture the magic of the original Disgaea. But Disgaea 4: A Promise Forgotten, released this week on PlayStation 4 and Switch as Disgaea 4 Complete+, has a level of humour and charm that makes it a joy to return to time and time again. It all starts with sardines.

Sardines are the snack of choice of Disgaea 4’s main character, lapsed vampire Valvatorez. Once a feared tyrant, Valvatorez made a promise to a woman not to drink human blood until he could instill terror in her. Unfortunately, the woman died before he could complete his side of the bargain, so Valvatorez became a supernatural pescatarian, dining on what he considers the perfect food: sardines. 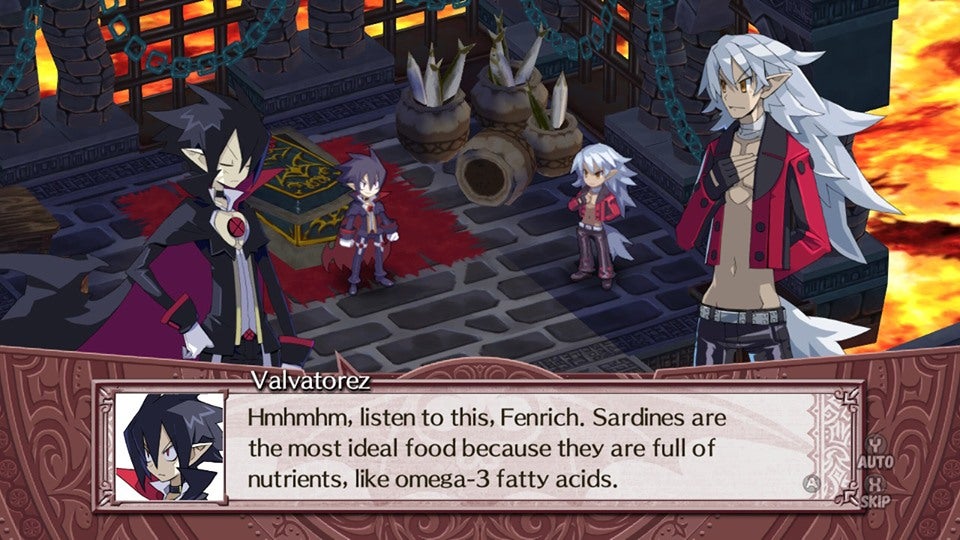 Together with Fenrich, his faithful half-man, half-wolf servant, Valvatorez took a job as a Prinny trainer in Hades, teaching the newly-dead souls of criminals, who resemble penguins in the Disgaea universe, to be proper lackeys to their demonic overlords. When the Underworld government orders the mass extermination of all Prinnies, the noble Valvatorez launches a rebellion.

Maybe it’s because he’s a vampire instead of a demon, Disgaea’s go-to protagonists. Maybe it’s his strong characterization and pure motivation. Whatever the reason, Valvatorez stands out to me as one of the series’ most memorable heroes. 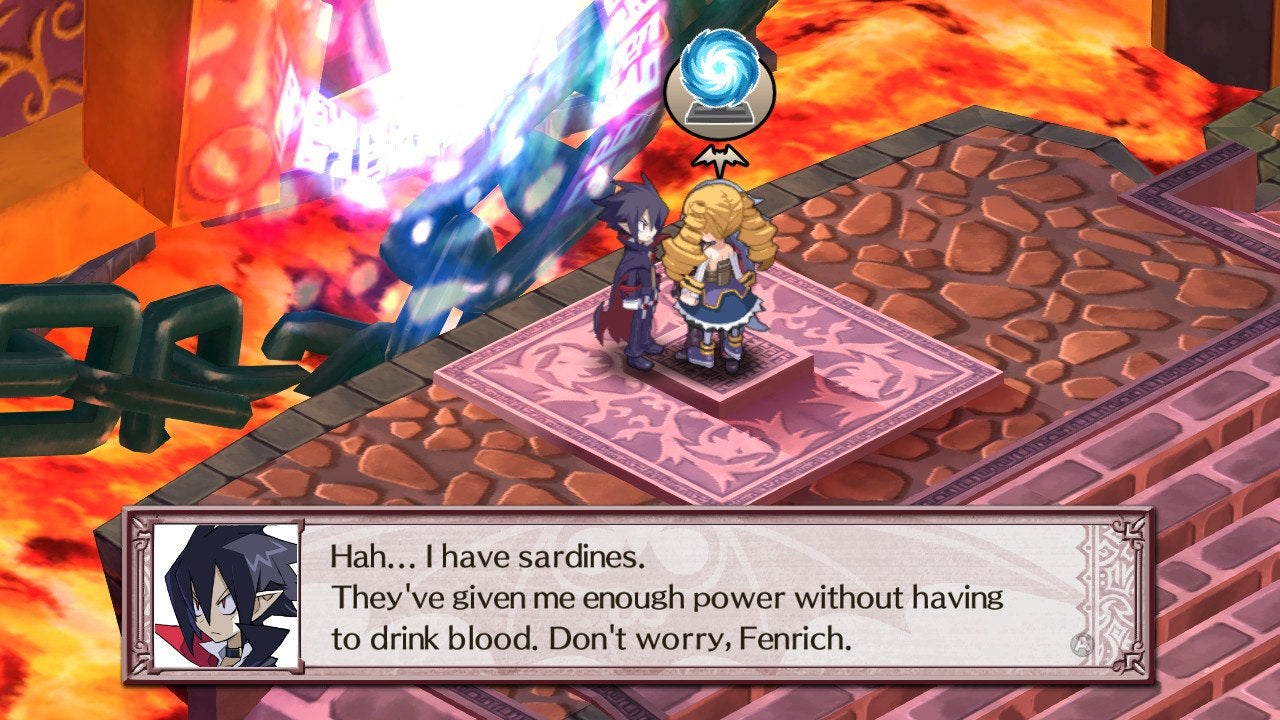 Or maybe it’s all about those sardines.

Disgaea 4 has all the features that makes fans of turn-basic tactical role-playing games love the series so. It’s got an endless array of fantastic characters and creatures to level up from 1 to 9,999. Along with story missions, which can be repeated endlessly, players can engage in turn-based battles to power up items and characters. The main draw, like in all Disgaea games, is hundreds of hours of tactical gameplay, mastering grid-based battlefields while building an ever-increasing army of colourful combatants.

It adds new layers to the formula as well. Monsters can be fused with other monsters to form bigger monsters, which can in turn be transformed into massive weapons. Enemies can be captured and “disciplined,” forced to perform tasks for, or even join, the player’s party. The series’ grabbing and stacking mechanic, which allows characters to pick up and throw one or more characters, has been enhanced with tower attacks, powerful abilities performed by a group of vertically aligned compatriots.

What really makes Disgaea 4 stand out from the pack is the characters and the writing. While other entries in the series (beyond the first, which is perfect and I will fight you) are hit-or-miss when it comes to humour, Disgaea 4 hits more often than not. The writers and voice actors do an excellent drop of realising the game’s characters, which makes it easier for players to see where the humour is coming from.

Valvatorez is a traditionally evil being with a gentle, caring heart. Fenrich is evil and manipulative in a polite and charming fashion. One of my favourite characters in the whole series, Fuka Kazamatsuri, is a young girl who was supposed to be turned into a Prinny upon her death but somehow wound up with just a hat instead. Something about a lack of resources. Sure.

It’s a remarkable cast in a memorable tale of rectifying injustice and some neat twists and turns. Disgaea 4 ultimately asks the question, “What happens when humans start fearing each other more than the creatures created specifically for them to fear?” 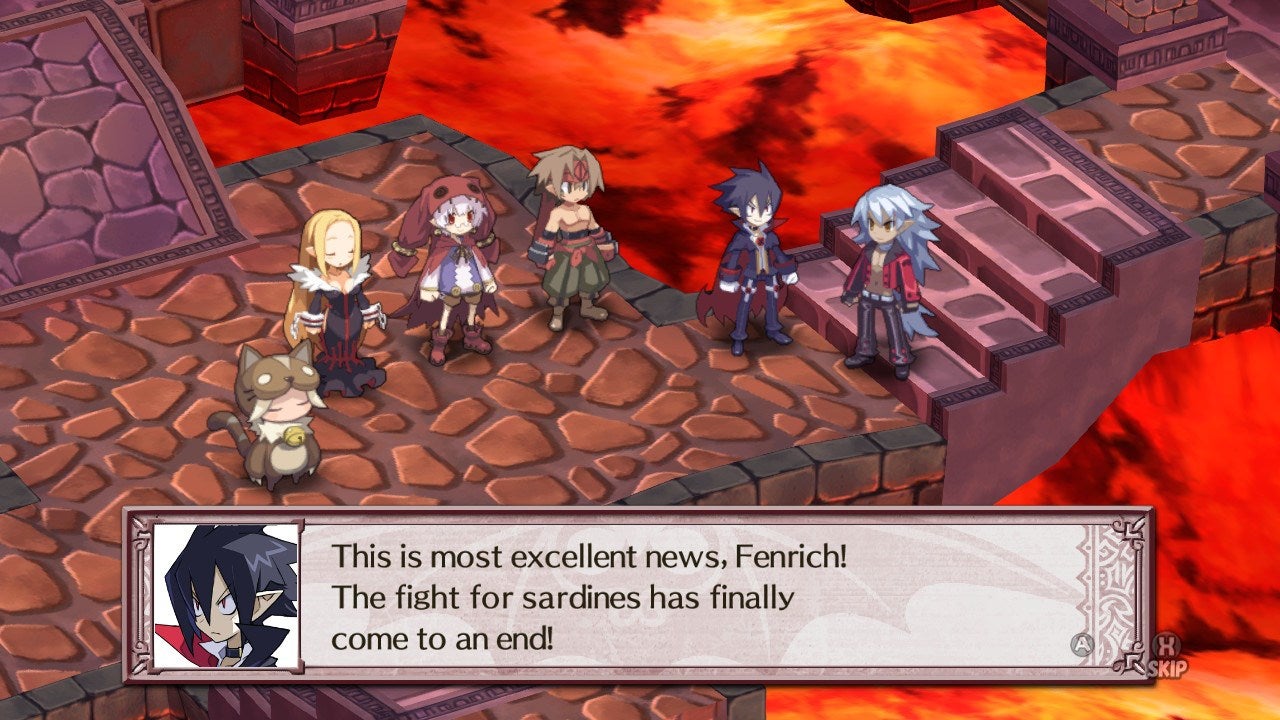