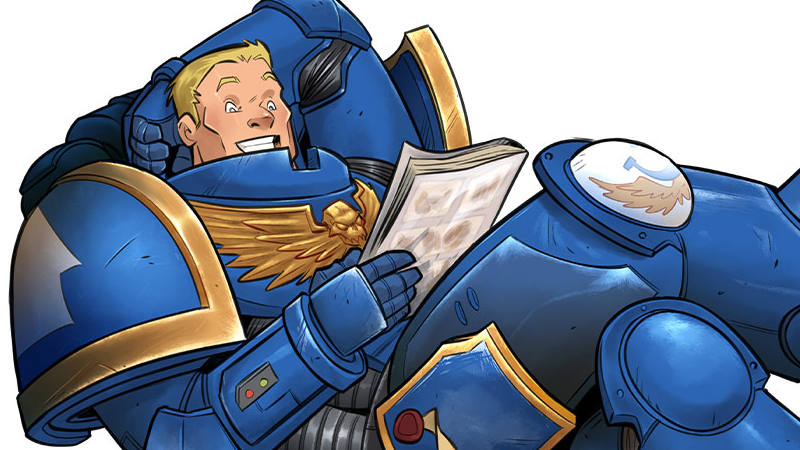 The grimdark future of the 41st millennium has a new master in the realm of comic books. Not a daemonspawn of chaos, not the husk of a long-dying emperor sustained by untold human sacrifice, just… well, technically Disney?

Tuesday, Games Workshop made the surprise announcement that it had handed over the comic book rights to its tabletop gaming worlds ” both the fantasy-set Warhammer: Age of Sigmar and the futuristic dystopia of Warhammer 40,000 ” to Marvel Comics. Details for now about what’s planned for the publisher’s take on Games Workshop’s worlds are scant, other than the fact the first comics will be arriving some time in Autumn 2020.

This isn’t the first time Warhammer has headed to the pages of comics, of course ” most recently TitanÂ held the rights to publish comics under the licence, producing a series based on Warhammer 40K, supplementary games like Blood Bowl and more in recent years.

As much as it is an interesting move for Games Workshop ” it’s part of a recent push that has seen them do everything from collaborate with Bandai and Funko to make Warhammer action figures, making an animated series, and even starting to produce a TV series set in the shadows of 40K‘s sinister Inquisition ” it’s an even more interesting move for Marvel.

Although its cavalcade of superheroes allows it to tell a depth of stories in myriad genres, there isn’t really anything at the publisher quite like the over-the-top grimdarkness of either form of Warhammer.

The swords-and-sorcery-and-so-little-clothing epic fantasy of Conan ” another recently re-acquired licence for the publisher ” is perhaps the closest it has right now to the medieval fantasy of Age of Sigmar, but there’s nothing really as a parallel to 40K. Sure, there’s Star Wars, but the galaxy far, far away, as ridiculous as it can be, is not quite the same sort of sci-fi tone that 40K dabbles in. The space fascists are ostensibly the good guys in 40K, for starters.

But it’s also interesting because Warhammer itself, while having grown in popularity in recent years stateside, isn’t exactly a cultural force in Marvel’s homeland in the way it is back in its ancestral home of the UK. If Marvel’s comics can elevate the joyously badass bonkersness of the worlds of Warhammer to a new audience, that’s a good thing for Warhammer ” a world that exists beyond its tabletop form and needs new blood in its fandom to thrive.

After all, the cost of a comic book or a trade paperback collection is a lot lower as a cost of entry than a box of miniatures (or six). We’ll bring you more on Marvel’s plans for Warhammer as and when we learn them.