I’m here to talk about something odd I discovered in the recently released Ghost Recon Breakpoint. For some reason, players have access to not one, not two, not four, but five different tattoos featuring a Bald eagle and American imagery.

The new Ghost Recon game launched earlier this week. I jumped into the game and messed around with it for a few hours. It seems fine. If you want more in-depth impressions, read Heather’s great write-up of the game. But I’m here instead to rank each of these eagle tattoos.

I will ask two important questions about each eagle design, which will determine their rating and ranking: How big is the eagle? And how cool looking is the eagle?

Simple enough. So let’s get to ranking! 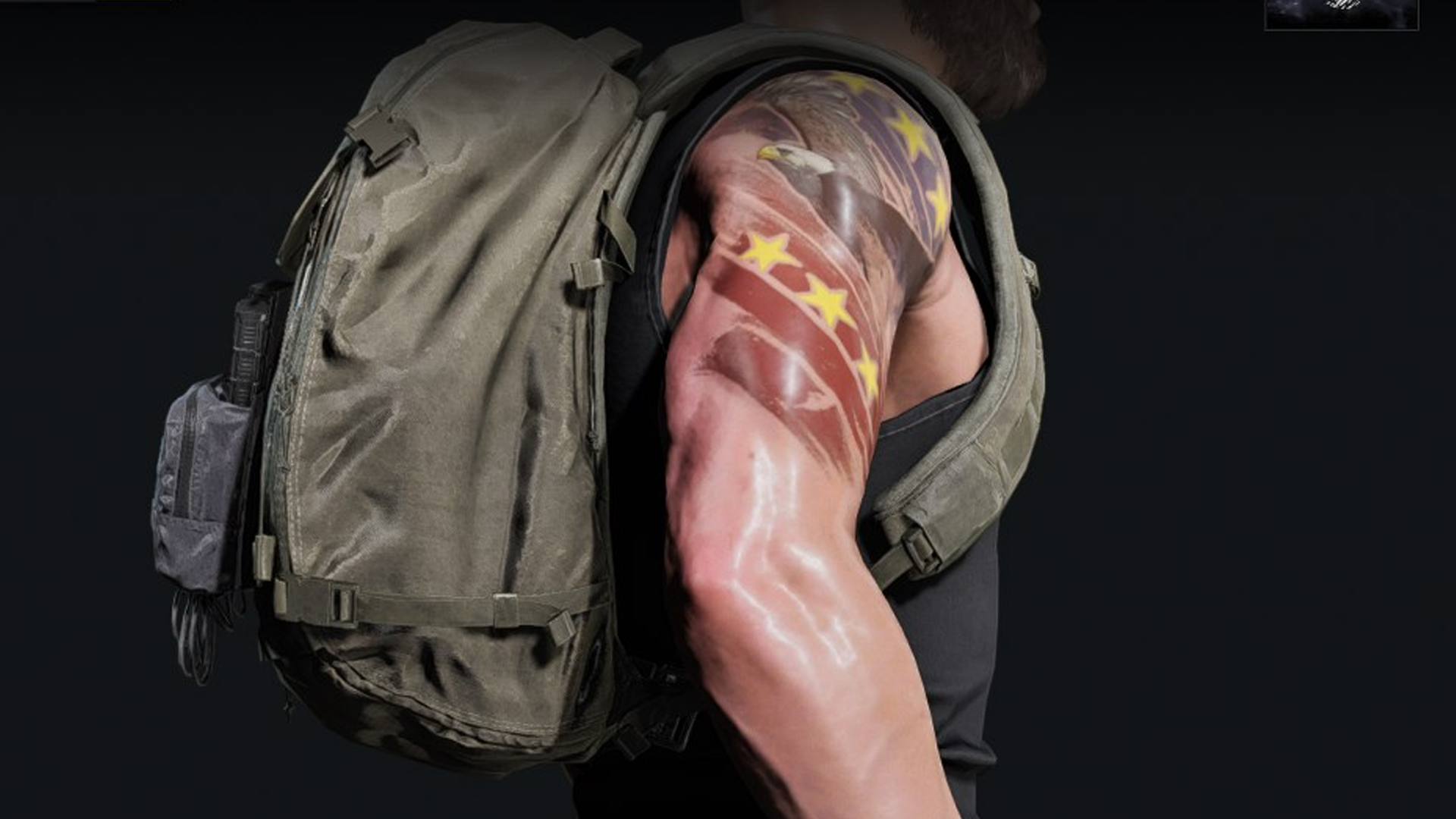 At the bottom of the list is The Soaring Eagle. It’s hard to even tell that it is, in fact, a Bald eagle. I mean, that could be a vulture from far away. The pose is also not very exciting. In a game filled with eagle tattoos, this is the runt. The one nobody wants or buys. 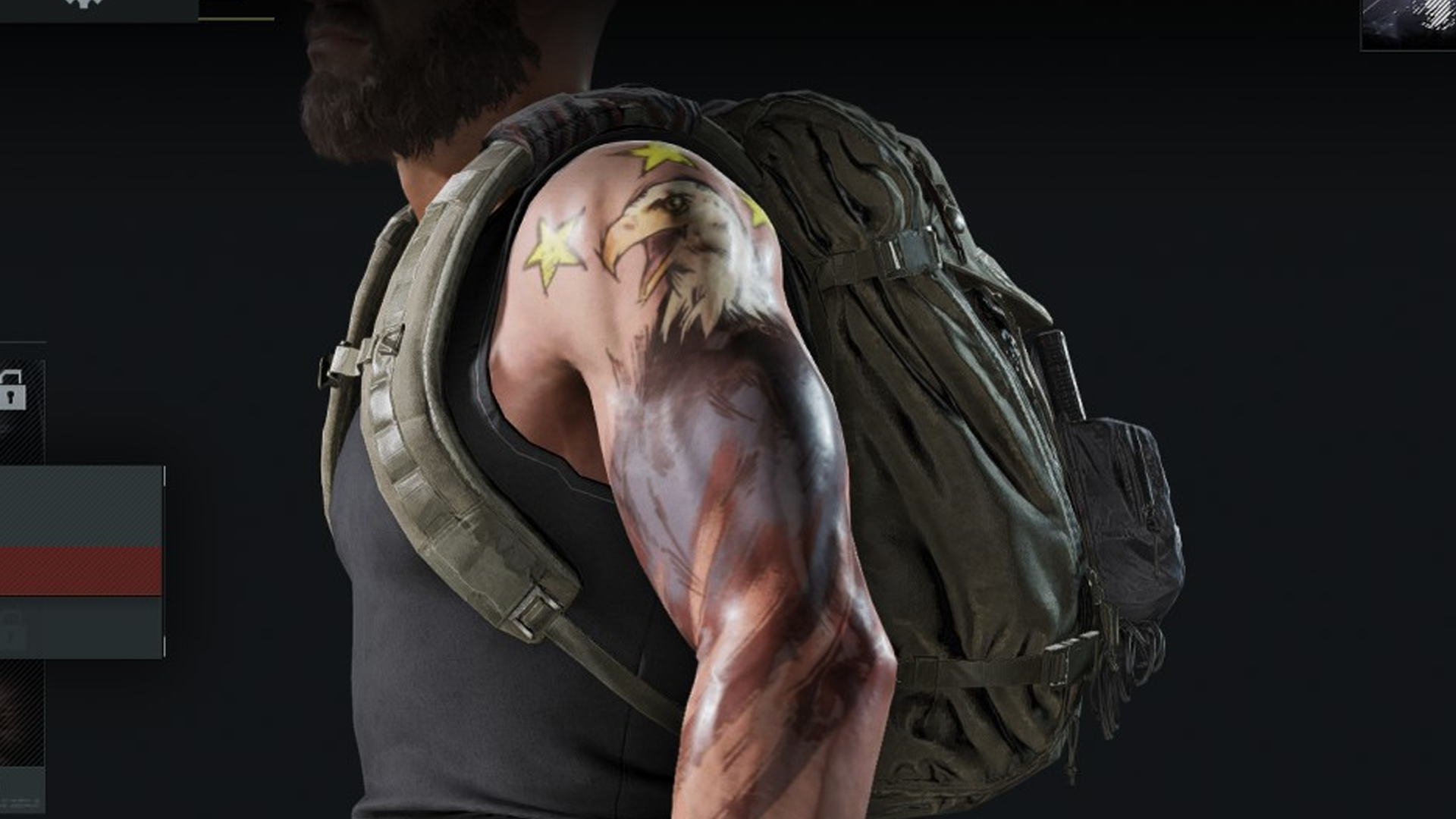 If this was a list where I ranked each tattoo according to their name, this would be at the bottom of the pile. That isn’t a clever name or anything. It just is what it is. However, the size is very good. That is a large eagle and it is clearly a Bald eagle. But that pose is terrible. It looks like the eagle just heard a joke and is way overselling how funny the joke is because his boss said it. 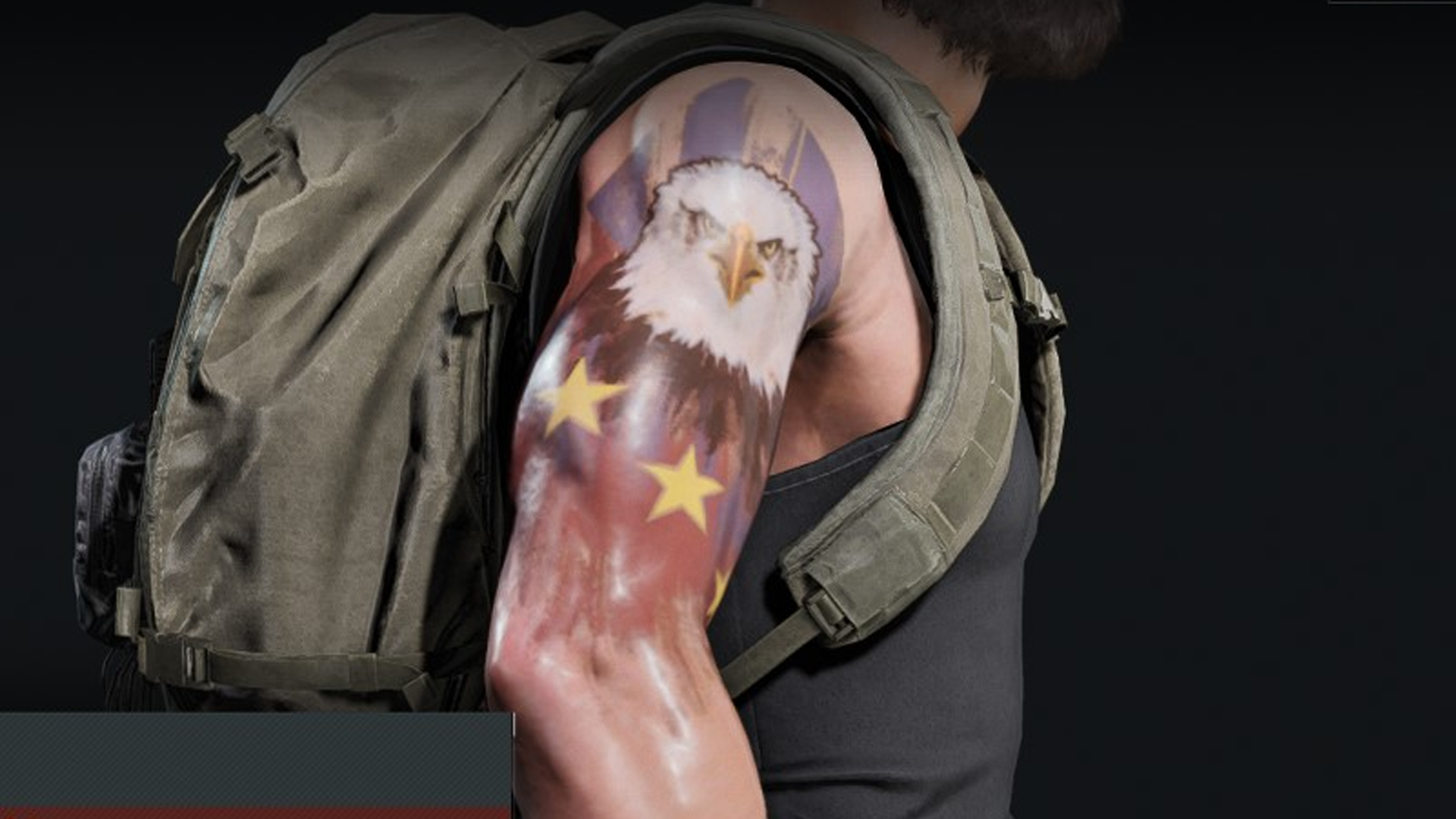 That is a big and, dare I say, bold, eagle. A great name for a fairly good eagle tattoo. The pose isn’t very interesting, but at least it doesn’t look too weird. He is staring a bit too intently for my liking, though. If I was in a squad with this dude and he had this tattoo I would ask him to wear long-sleeve shirts, so I wouldn’t constantly feel intimated by that bird. 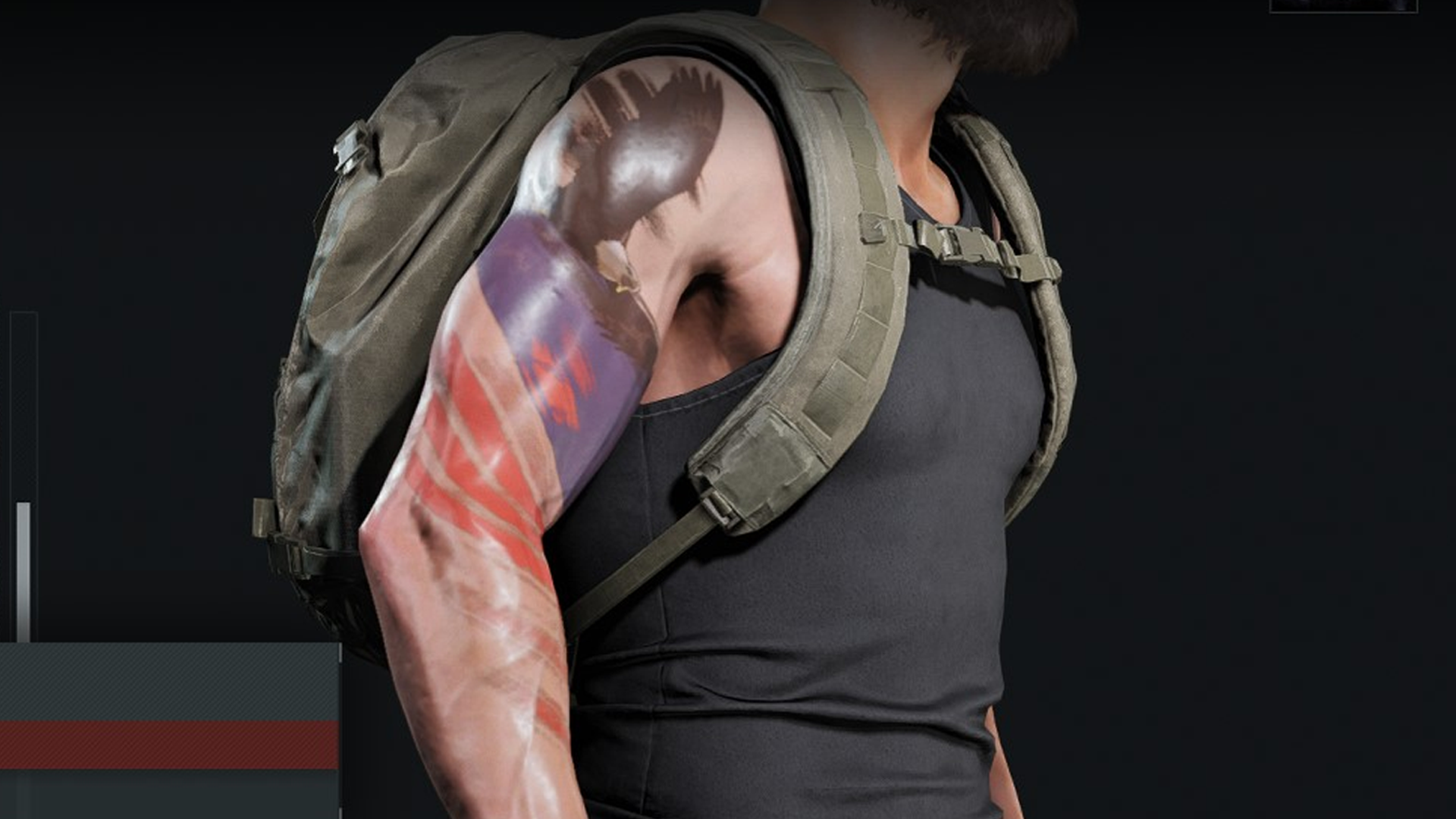 This may not be the biggest eagle, but that’s ok. It’s big enough and has a really exciting pose. Look at it! It is diving and attacking something. Maybe a snake? Hopefully a snake. Those things will sneak into your house. 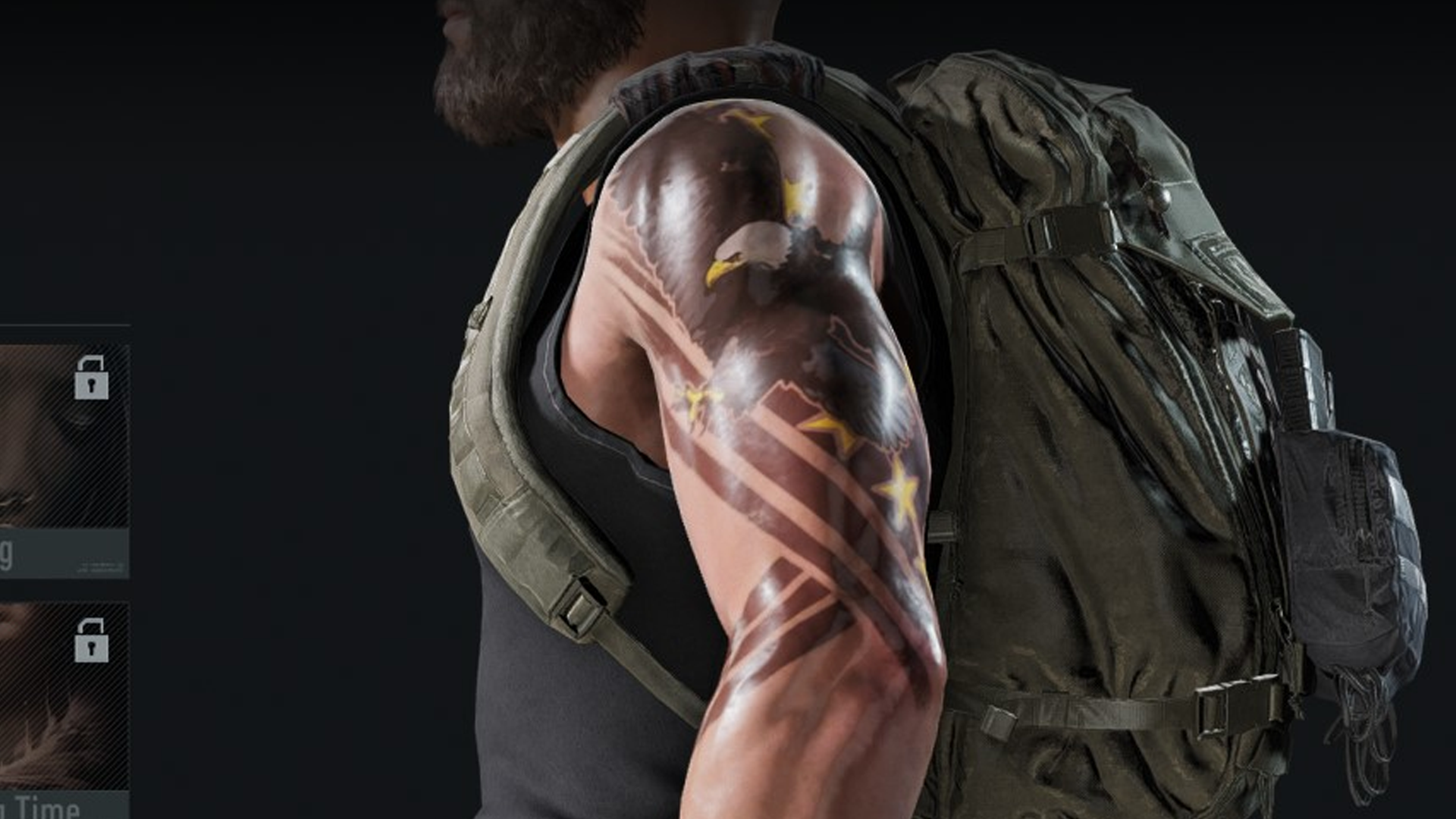 This is the biggest eagle on the list. Honestly, it might be one of the biggest eagle tattoos featured in a video game. I haven’t done enough research on that, so I could be wrong. But I feel confident in saying that there can’t be much bigger than this swooping eagle.

This ended up tying with the Freedom Eagle, both receiving 9 eagle points out of a possible 10. So I decided to use the number of stars as the tiebreaker. This was no contest. Swooping Eagle has six stars and the poor Freedom Eagle has none. What a shame.

If after seeing these eagle tattoos you feel inclined to buy some, you can buy a pack of them for 600 Ghost Coins, which translates into $US5 ($7) in the real world. You don’t get all of them, only three of the five. But they are bigger eagles of the collection, including my number one ranked Swooping Eagle.

Are these tattoos worth actual money? I don’t think so, but I’m more into pelicans anyways, so what do I know? I hope the next Ghost Recon game has a bunch of pelican tattoos.