Today’s massive update to Marvel Ultimate Alliance 3 adds the first four paid downloadable characters to the game, but it’s not just that. The free update that accompanies the Curse of the Vampire expansion also adds a new game mode, ups the level cap to 150, and gives players the ability to spend in-game cash on experience points. It’s pretty huge.

I was already excited to play around a bit with Moon Knight, Morbius, The Punisher and Blade, the four Marvel Knights characters who have been added as part of the first of what will be three batches of paid DLC for the game. I was not expecting so much extra stuff.

There’s an entirely new menu for the expansion, in which players can access the paid DLC’s Gauntlet mode as well as the new “Nightmare” difficulty setting. There’s the S.H.I.E.L.D. Depot, where players can spend tokens they earn in those new game types on costumes, voice lines, and power-ups for their characters. Power-ups available to purchase include experience cubes, which are special items used to boost character levels. These are especially handy given the new lower-level characters that have been added to the game. 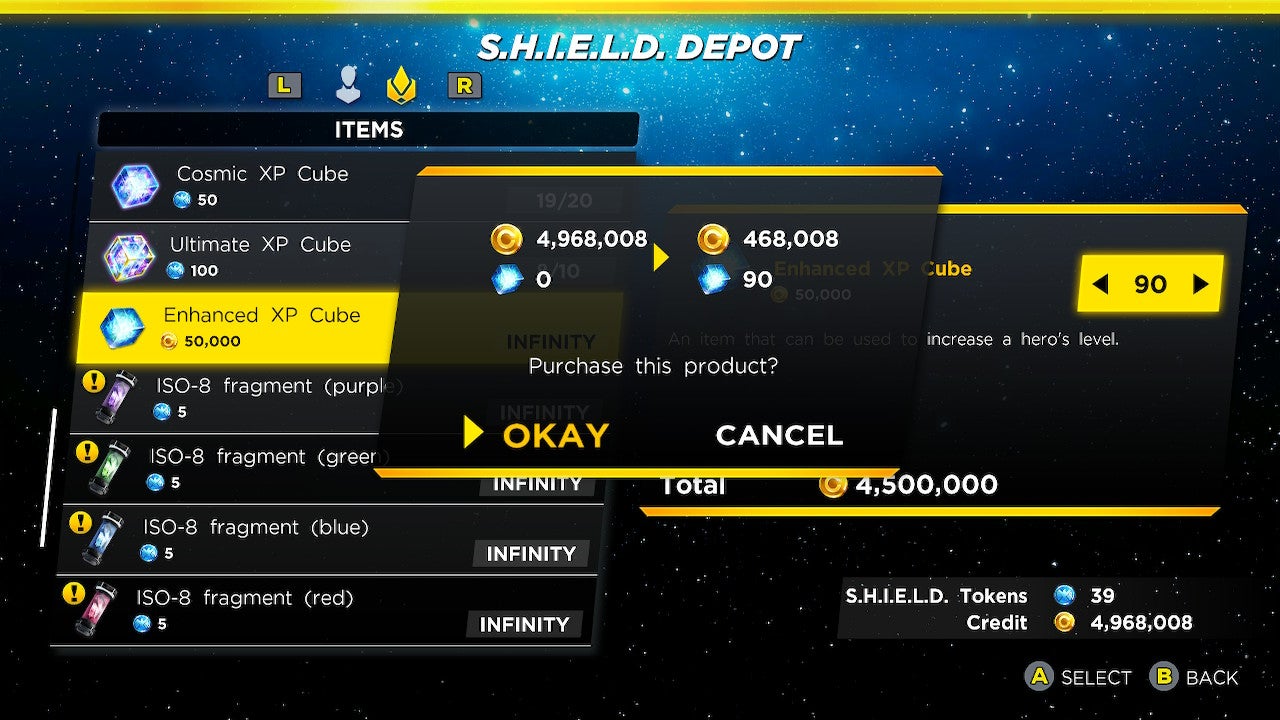 S.H.I.E.L.D. Tokens earned from running through Gauntlets or playing the game in Nightmare mode can purchase a limited amount of powerful XP Cubes. Players can also purchase the mid-level Enhanced XP Cubes, but only with gold, which can be earned by playing through the main game (regular players likely have a surplus of it by now). A batch of 90 Enhanced XP Cubes took my newly unlocked Moon Knight, who joins the alliance at around level 26, all the way up to level 55. Which is good, because I need his brawling skills in Gauntlet mode. 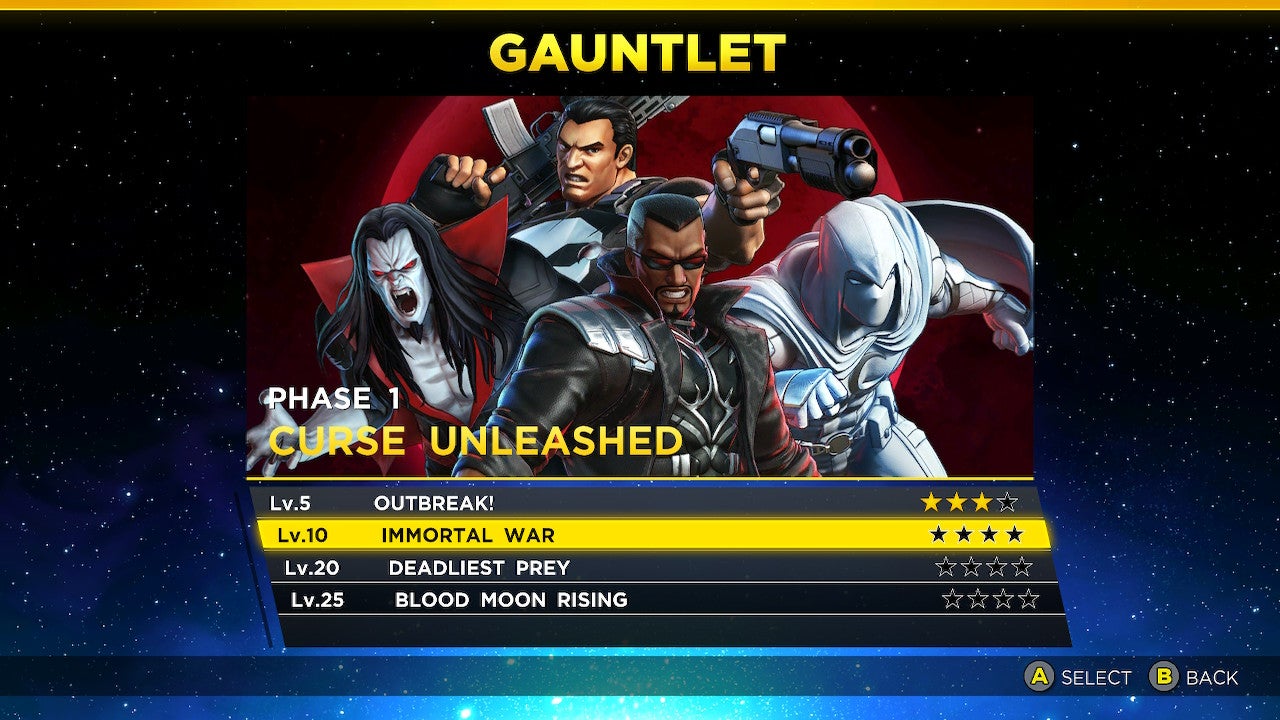 Gauntlet mode is a series of multi-stage challenges that players can complete in order to earn S.H.I.E.L.D. Tokens and, for those who have purchased the $30 DLC pass, unlock the four Marvel Knights characters.

Each Gauntlet consists of multiple stages, each with specific goals. One stage might be a boss battle. The next could require players defeat a certain number of enemies within a set time limit. Sometimes the party’s health regenerates between stages. Sometimes it does not. Players who do not purchase the DLC will nonetheless gain access to a low-level Gauntlet challenge to give them a taste of what the mode is like. Once a Gauntlet is completed, it can then be played in survival mode, cycling through its stages until the player’s party perishes. 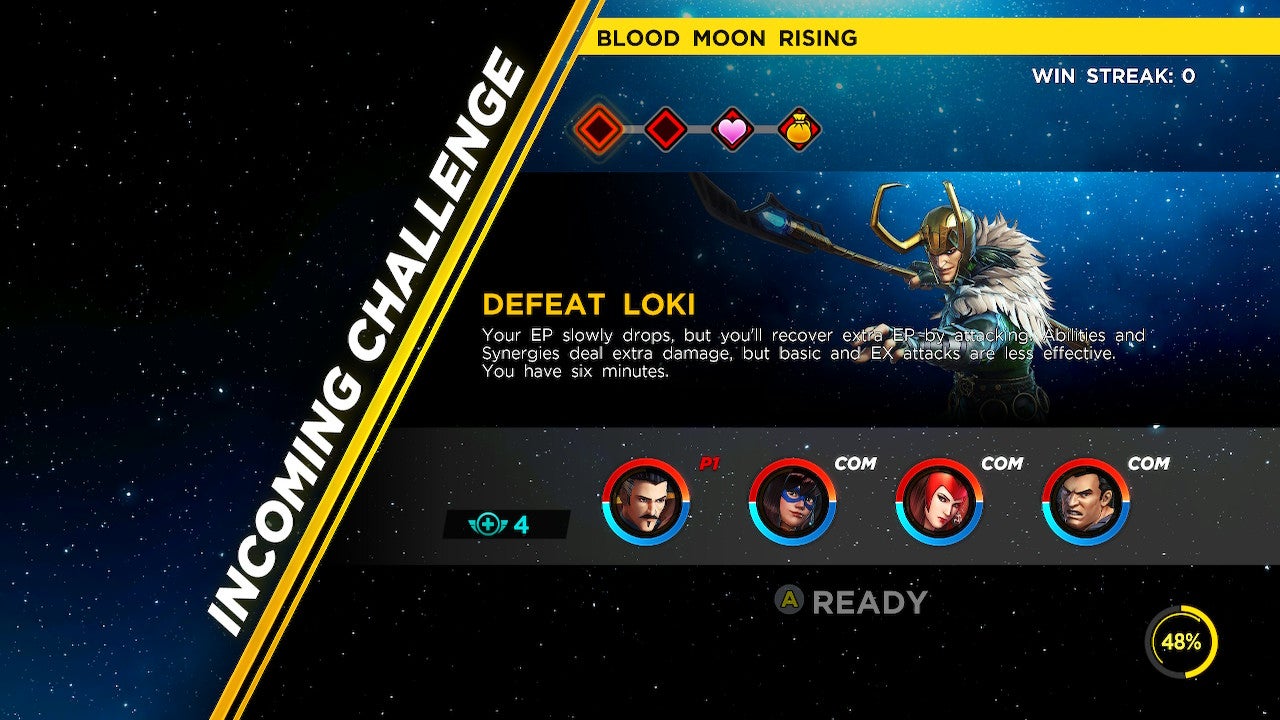 Keeping with the Curse of the Vampire theme is Nightmare, a new game difficulty that adds an evil twist to the main story. Recommended for a party of characters at level 40 or higher, Nightmare features random enemies infected by a vampiric curse. Defeating them earns S.H.I.E.L.D. Tokens, but infected enemies may be revived as Reborn, which gives them completely new powers.

Again, most of this content is free. The paid content is just the four new characters, of which punchy, kicky Moon Knight is the absolute best, and the majority of Gauntlet mode. Everything else is available to all players: Nightmare mode, the increased level cap, a new area on the alliance skill tree to unlock new upgrades, nifty new outfits for several characters, and a ton of new voice lines. 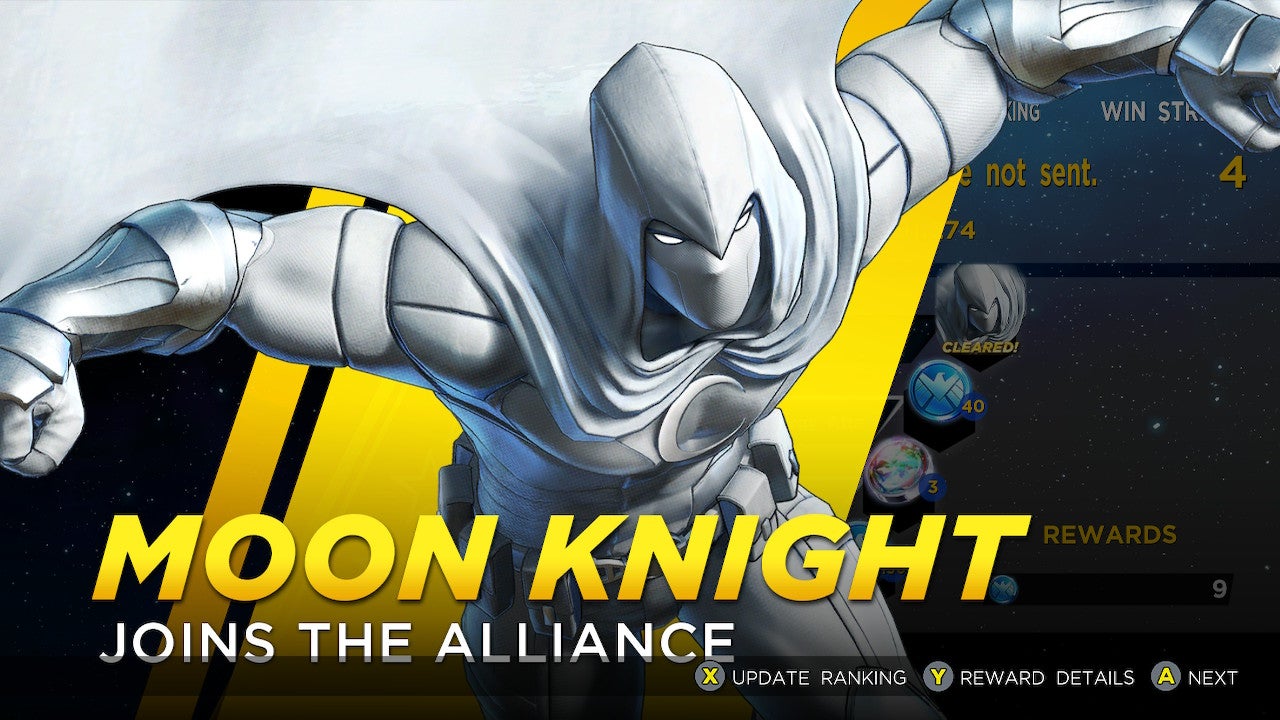 My strapping lad, soon to be star of the small, streaming screen.