Last year during E3, streaming megastar Tyler “Ninja” Blevins took two days off from his regular schedule. A blip on the radar in the grand scheme of things. It cost him 40,000 paying subscribers. This seemed to issue a grim warning to other streamers: Take time off at your own peril.

Recently, though, it’s begun to feel like that tide is starting to turn ” at least if you’re a big streamer with plentiful brand deals. Over the last month, Darryle “Hamlinz” Hamlin and Daequan “Daequan” Loco, two popular streamers both affiliated with the major esports organisation Team SoloMid, returned to regular streaming on Twitch after months-long hiatuses. Both are hugely popular Fortnite streamers, with 2,033,637 and 3,731,074 followers, respectively.

Hamlin made his grand reemergence earlier this week after a near-blackout on Twitch and Twitter that had fans asking where he had been since early August. Loco, on the other hand, had stayed active on Twitter while health issues prevented him from streaming for large portions of June, July, September and October.

Upon their returns, both explained to fans what they’d been dealing with in YouTube videos. Hamlin said he decided to take time off when he realised that the death of his grandfather had left some wounds that still hadn’t closed.

“This is a little sad, but if you don’t know, my grandpa passed away around nine months ago, and my grandma recently had breast cancer,” Hamlin said in a video uploaded earlier this week. “Once she got breast cancer, it really fucked me up, dude, because it made me realise that I wasn’t really over my grandpa. I legit couldn’t say his name or think about him without crying. It was that bad. So I needed some time by myself to rekindle, get my thoughts together, get myself together. Because me, I’d never lost anybody close. That was the first time I lost somebody close.”

Hamlin said that his grandmother is “good” after surgery, and he’s in a much more stable place emotionally. As a result, he felt comfortable with the idea of resuming his career as a streamer, a job where you’re expected to be generally enthusiastic and upbeat whenever the camera is on, which is often. Sure, the odd emotional outburst might give viewers an additional window into their favourite entertainer’s world, but sustained sadness or anger are often viewed as deal-breakers.

Loco, meanwhile, ran into a spate of health troubles that he continually tried to return from, only to discover that while there was a will, there simply wasn’t a way. He had back problems stemming from a mixture of risky manoeuvres undertaken during high school basketball games and a life of sitting for hours on end while gaming. He believes he exacerbated those issues at the start of his streaming and video-making career, when he pulled “pretty much a 16-hour day every day for eight months.”

“It made me realise that I wasn’t really over my grandpa. I legit couldn’t say his name or think about him without crying.”

“I guess that, combined with the sitting all the time, kinda jacked up my back,” he said in a YouTube video posted last month. “I had six years of being sick. Stomach pain, nausea, blurry vision, fatigue, etc ” from ages 19 to 25.”

This year, figuring out what exactly was wrong with him became a “top priority,” but all throughout, he was also struggling with loss and other difficulties. He was sick of Fortnite. His girlfriend and editor Exie fell ill. Both his grandmothers and an aunt died, as did friends. The latter, especially, forced things into perspective, he said.

“Two more of my friends passed away from gun violence that we had all escaped before,” Loco said. “That really hit home. I wasn’t there this time, but last time, we were all in it together. I know how it feels to be in that type of situation.”

Loco went on to say that he “blocked it out” of his mind to focus on Fortnite pro play, but that eventually took a toll. “It’s like I skipped the entire grieving phase altogether,” he said. “I never cried. I’m the type of person where, if I hyper-focus on something, I don’t stop until I get it ” to the point where it could literally become unhealthy.”

As of September, Loco believed he was “fixed up for the most part,” though he was still showing “some symptoms.” Then he largely avoided streaming for another month, until Fortnite Chapter 2 kicked off last week.

Hamlin and Loco are not the only top-tier streamers to take extended hiatuses recently. Early last month, Turner “Tfue” Tenney ” regarded by many as the biggest streamer on Twitch, especially since Blevins moved to Mixer ” announced that he’d be taking some time off after a tumultuous year that included a very public contract dispute with esports organisation FaZe Clan, a falling out with Fortnite duos partner Dennis “Cloakzy” Lepore, scrutiny over his use of a racial slur, and increasing frustration with the state of his game of choice.

I’m the type of person where, if I hyper-focus on something, I don’t stop until I get it ” to the point where it could literally become unhealthy.”

“I’m taking some time off streaming,” he said on Twitter early last month. “I have anything I could ask for in life, but for some reason I’m not happy lately. I feel trapped in a negative crawl space in my mind.”

This year also saw Guy “Dr Disrespect” Beahm, one of the biggest streamers on Twitch, take a nearly month-long break from Twitch after he big viewer numbers and eye-popping donations from overjoyed fans. 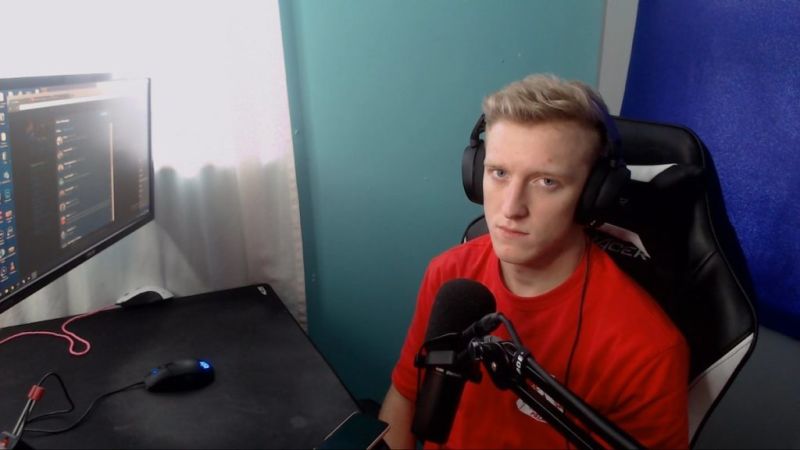 That, for the most part, has been a recurring theme across these absences: Long-awaited returns tend to be profitable ventures. Fans flock from far and wide to see their beloved parasocial BFFs fire up the old stream again, most of them seemingly forgetting any grievances they had during streamers’ breaks. This leads to deluges of positive comments, donations, and re-upped subscriptions by the boatload. Do those donations make up for weeks or months of lost regular income? Probably not. But they certainly help.

The other commonality here, of course, is that all of these streamers rank among the absolute biggest fish in Twitch’s pond. Undoubtedly, they have at least some money in the bank to float them through an extended break. On top of that, these days, donations and subscriptions make up only a portion of their incomes. Brand deals are now a particularly large slice of the pie, meaning that if a chunk of a streamer’s subscriber base takes a hike in their absence, all hope is not lost.

Deals will still pay out for things like the number of viewers who tune in while the streamer plays a particular game, and live appearance fees. Loco, for example, streamed once during September, and it was a sponsored stream for Call of Duty. Loco and Hamlin are part of TSM, and esports organisations make increasingly large portions of their income by facilitating brand deals for top-flight streamers.

Unfortunately, this doesn’t mean much for mid-tier or smaller streamers who don’t have easy access to these resources. Being “on” for the better portion of every day and then making videos and interacting with a community in off-hours remains a deceptively gruelling gig, and smaller streamers can’t just dip, for fear of losing out on precious donations and subscriptions. But this, as exemplified by cases like Loco’s, is not a sustainable lifestyle.

People need to be able to take breaks. It’s good that some streamers are finally able to, though it’s disheartening that even those at the top of the food chain only did so when they reached breaking points.