Felix The Reaper Is A Tender Puzzle Game About Gruesome Deaths Felix the Reaper is a puzzle game described by developer Kong Orange as a “romantic comedy about the life of Death.” That’s a pretty apt description, but here’s my crack: Final Destination meets Crypt of the Necrodancer (minus the rhythm element). The game, coming to consoles and PC October 17, bursts with wit and care in its puzzling, presentation and even its tongue-in-cheek loading screens. Felix the Reaper’s story and simple showmanship elevate a decent puzzle game to something worth picking up.

Felix is a newbie reaper with the Ministry of Death tasked with creating contrived, deadly accidents using objects and creatures around the map. The gameplay takes place on grids that Felix can dance across. Felix must complete his tasks without getting burned by the light of the sun, using the shadows cast by static elements like trees and movable items like rocks to shield him.

Felix also has the ability to use a sundial, which shifts the source of the light 90 degrees to change the way the shadows are cast. Elements like switches add to the complexity of the puzzles. The gameplay requires the player to think in perpendiculars and to creatively using objects around the field to manipulate space.

The puzzles are clever, and there are optional objectives like clearing levels in a certain number of moves to spice things up, but the real heart of Felix the Reaper is its presentation.

Felix is a dancing fiend; in his idle animations, he bops around gleefully while listening to headphones. As you move around the maps, he’ll cartwheel and jump and click his heels and do the twist. It is absolutely adorable, and it’s complemented well by the variety of music you can cycle through in each level. 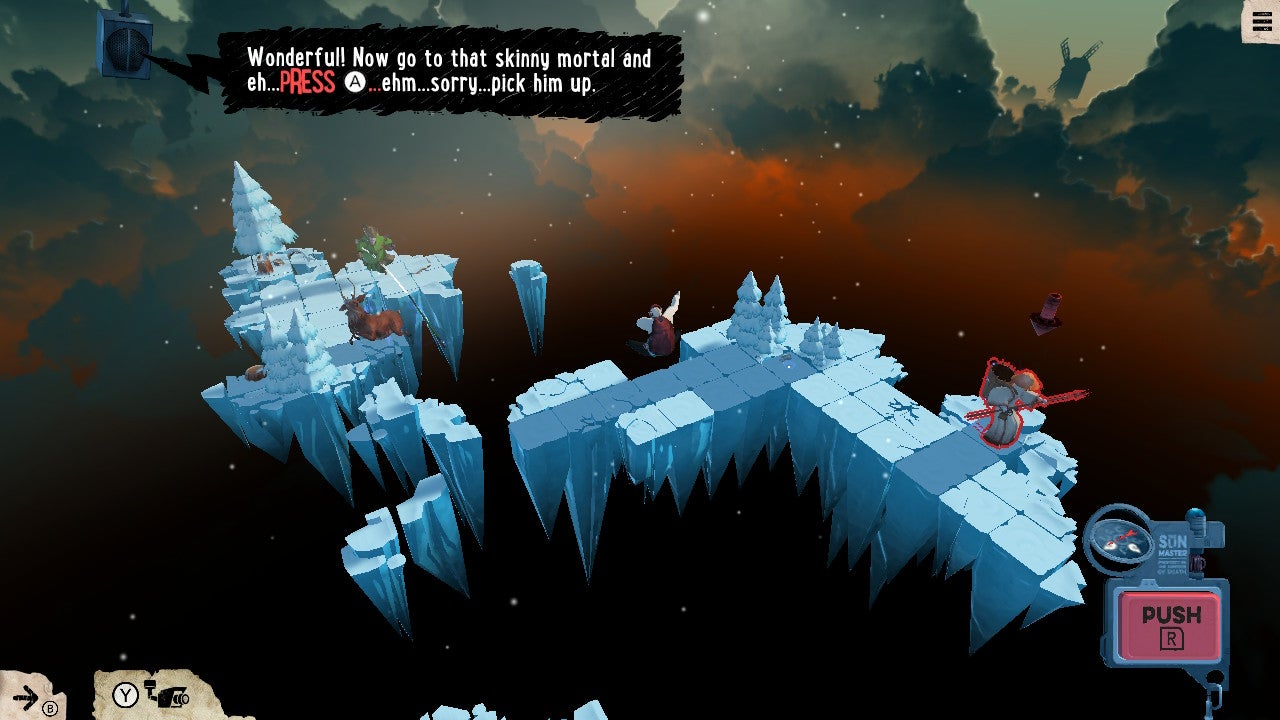 The story is written with the warm, dark slice-of-life comedy of a Grim Fandango. Felix is utterly smitten with Betty the Maiden, who works at the Ministry of Life. This is communicated via charming illustrations of an earnest, infatuated Felix thinking of the voluptuous Betty with his face flushed like a 1930s cartoon character.

He may be working at the Ministry of Death only for the chance to bump into her, which his supervisor warns him against. Felix’s comically earnest demeanour in the face of all the dark and occasionally adult themes in the game is deeply endearing. 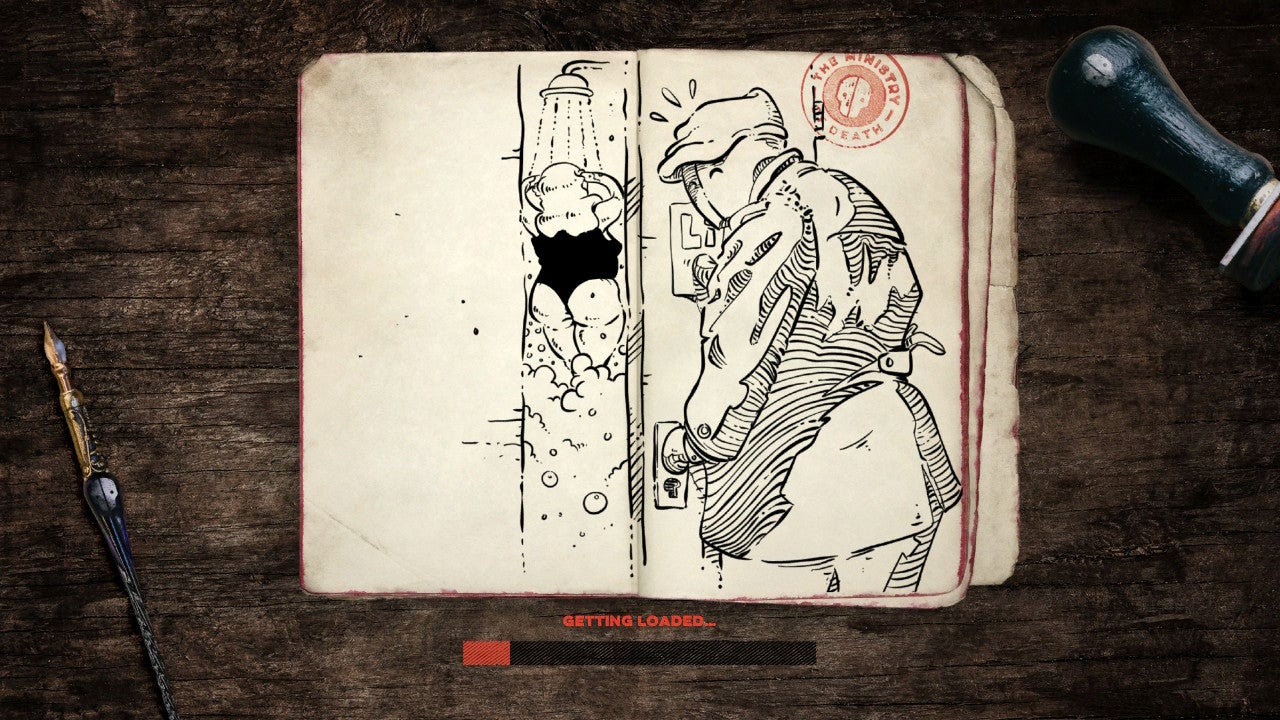 There’s a lot of story colour in gameplay as well. In addition to menu-screen background information about the history of topics like religion and the Grim Reaper, there are intro scenes at the beginning of each level. In them, mute characters wackily go about their lives in a mixture of slapstick and worldbuilding.

The tutorial has you kill your first victim, only for your helpful supervisor to receive an error message that you’ve killed the wrong person, which he brushes under the rug with the level of flustered embarrassment someone might experience committing a faux pas at a fancy dinner party.

The silliness continues into the idea of death itself. There’s one early level in which you must rig a barrel to roll down a ramp, smash into a house, and knock a hanging deer head onto an unsuspecting person below. He tries to get the head off in panic, attracting the attention of a nearby hunter. You can imagine what happens next. 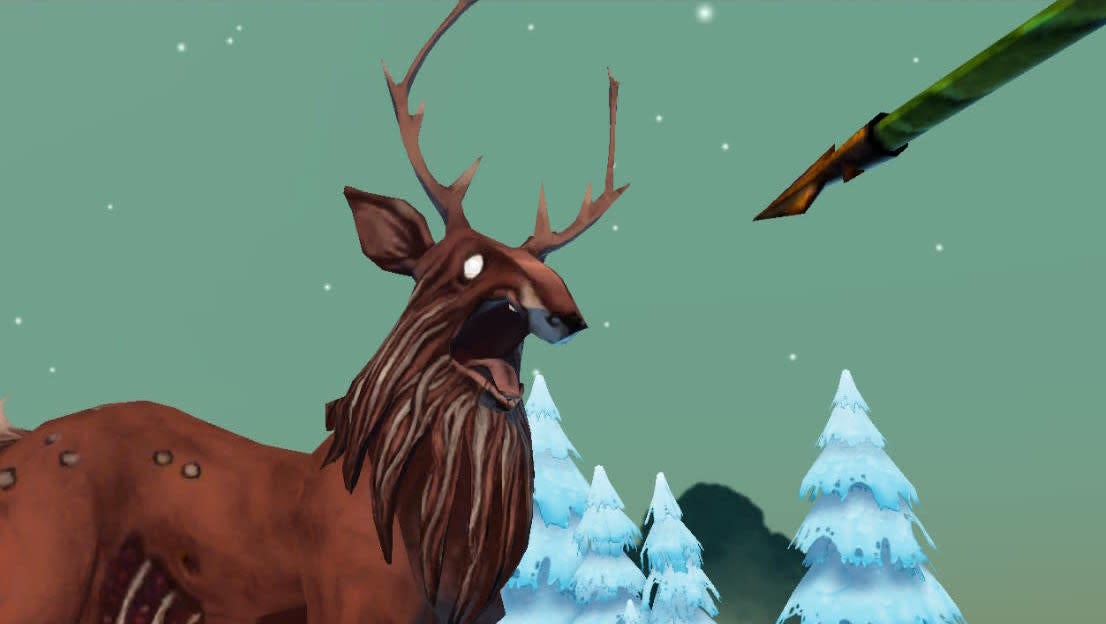 Felix the Reaper brims with humorous representations of the macabre as a complex choreography of elements far beyond our control. Paired with the sweet romance of a simple reaper dancing through the afterlife while pining over his bombshell would-be sweetheart, the game uses its tone masterfully. As a puzzle game, it’s pretty good, and as a love story, it’s a little messed up, but that’s the appeal.