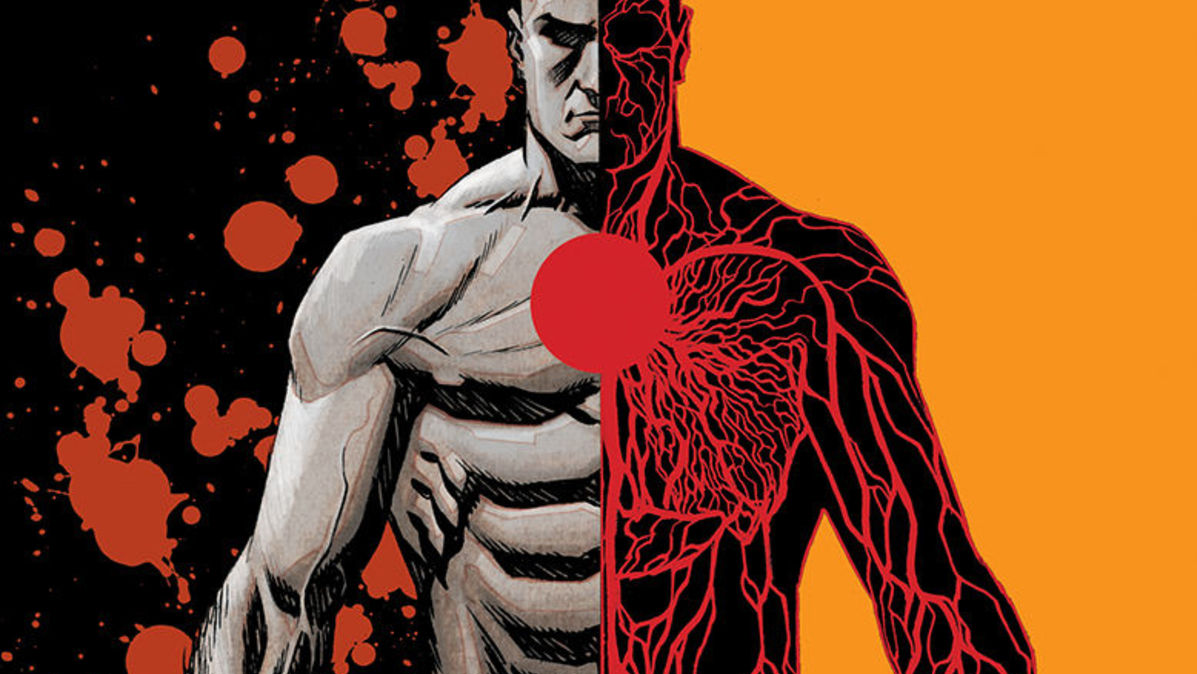 Bloodshot, and some of his blood. (Illustration: Dave Johnson/Valiant Entertainment)
To sign up for our daily newsletter covering the latest news, features and reviews, head HERE. For a running feed of all our stories, follow us on Twitter HERE. Or you can bookmark the Kotaku Australia homepage to visit whenever you need a news fix.

Blood. Shot. You know, those two words together conjure up an image. So, when scrolling down, you can probably imagine what you’re going to see.

And what you’re going to see is Vin Diesel getting shot in the face. But it’s fine! It’s fine! We’re all fine, here. This is Bloodshot, after all, the upcoming adaptation of the comic, which features a soldier named Raymond Garrison who has fancy nanites in his blood. They can heal his injuries and even help him shapeshift!

So it’s cool. When producer Dinesh Shamdasani released this clip, a short gif teasing the later release of the film’s first trailer, he knew it might be alarming. But it’s totally, totally cool. He can heal himself. Garrison is fine, and his actor Vin Diesel is doing great, and director Dave Wilson, who did VFX supervision for Age of Ultron, is also probably doing spectacular.

Everything’s doing wonderful, here, and it will be even better when Bloodshot hits theatres, presumably with a gruesome slap, on February 21, 2020 in the U.S. There is no current Australian release date.