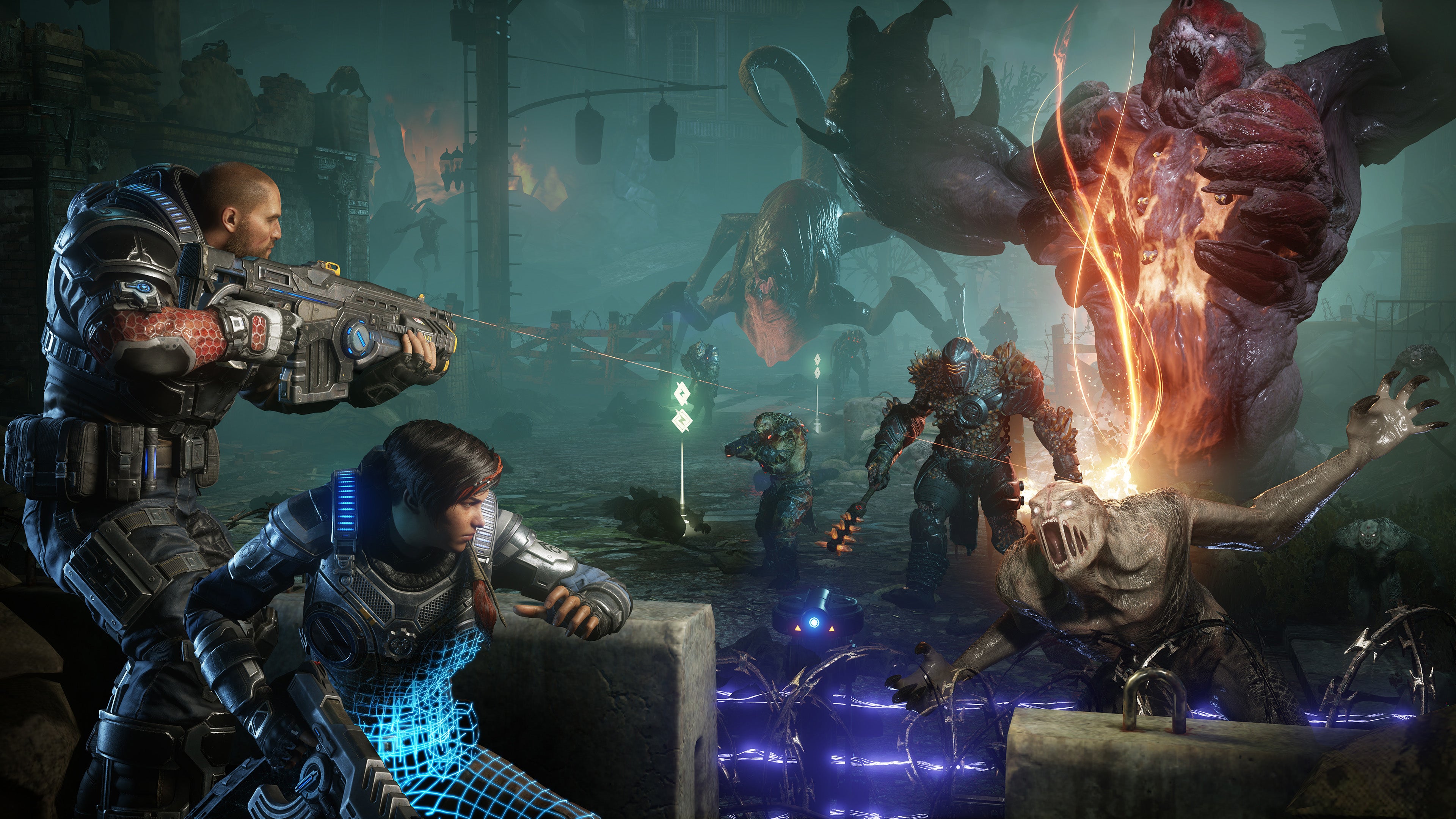 Play enough video games, and eventually you can tell when you’re entering an area where a digital shootout is about to happen. It’s kind of a joke at this point: see an abundance of chest-high walls for you to conveniently crouch behind? Walls that make zero architectural sense? An elevated vantage point or two? Odds are, there’s a firefight in the cards for you.

Ever since Gears of War, video game shooters have been enamoured with cover as a design element, with many including controls that let players snap to a secure location at the press of a button so they can wait out enemy fire, then pop out to reply with some of their own. It’s become so popular as a design choice that many players can recognise when a space is designed for a firefight, because that’s all it is designed for.

It’s a design sense that, as video essayist Jacob Geller argues, is also cropping up uncomfortably in real-life places, like schools in America.

In his video “Games, Schools, and Worlds Designed for Violence,” Geller draws a striking comparison between the design of third-person cover shooters like Gears of War and recently completed schools, like the redesign of Fruitport High School in the U.S. The multi-million dollar project renovated the school with mass shootings in mind, complete with protruding walls for cover, built-in smoke arrays and reduced sightlines.

The fact that this comparison can even be made is beyond upsetting in and of itself, but Geller’s argument goes deeper than just the simple comparison His video does not necessarily advocate for anything but does note how humans are capable of recognising when a space is overwhelmingly designed for one purpose over others, and contemplates the unknown long-term psychological toll that might have.

In arguing this point, he brings up the panopticon, which is a notorious prison design that arranged all cells around a single watchtower that was meant to inspire a feeling of paranoia. That’s also a design element at Fruitport High School.

“Is it possible to make an elementary school shooter resistant while also not communicating to the kids that this may be a place that will have to survive a hail of bullets?” Geller asks near the end of his video. Ultimately, that’s the question: If a space is designed for violence, can you tell, and what does that do to a person over time?