Every video game has its peaks and valleys. A game like Destiny 2 — one designed to be played as an ongoing hobby, indefinitely — can have some bigger ones than most. However, putting together a new character in a different class can do a lot to renew your interest in a game that you play regularly whenever you hit a (totally normal) period of malaise. Even in a game as big as Destiny 2, there’s only so much you can do. Wrapping your head around a new way of playing it puts a new spin on everything, and makes it all fresh again.

But if you’re already deep into high-level play with the character you started with, resetting back at zero (or 750, the Power level all Destiny 2 characters now start at) isn’t the most appealing idea. Lucky for you, it’s extremely easy to get a new character up to speed in about 20 minutes. Here’s how.

First, get your main good and strong.

There’s no real way to quickly level an alt until you have a main character that’s, at the very least, at the soft Power cap of 900. Once you do, you’re going to take three weapons, one for each category (Kinetic, Energy, Power) that are at the highest Power level you can spare, and stash ‘em in your vault. Then, make sure you’ve got a healthy amount of Glimmer and Gunsmith Materials to spend — let’s say 100,000 of the former, and 100 of the latter (but really, you want as much as you can get).

Next, make sure your seasonal rank is 10 or higher — 15 is better, and 20 is best, but 10 will work just fine (You do not have to pay for the season pass, we’re working with the free tier of rewards here). Now you can log out with this character, and log in with your new Guardian.

Take your alt on a shopping spree. 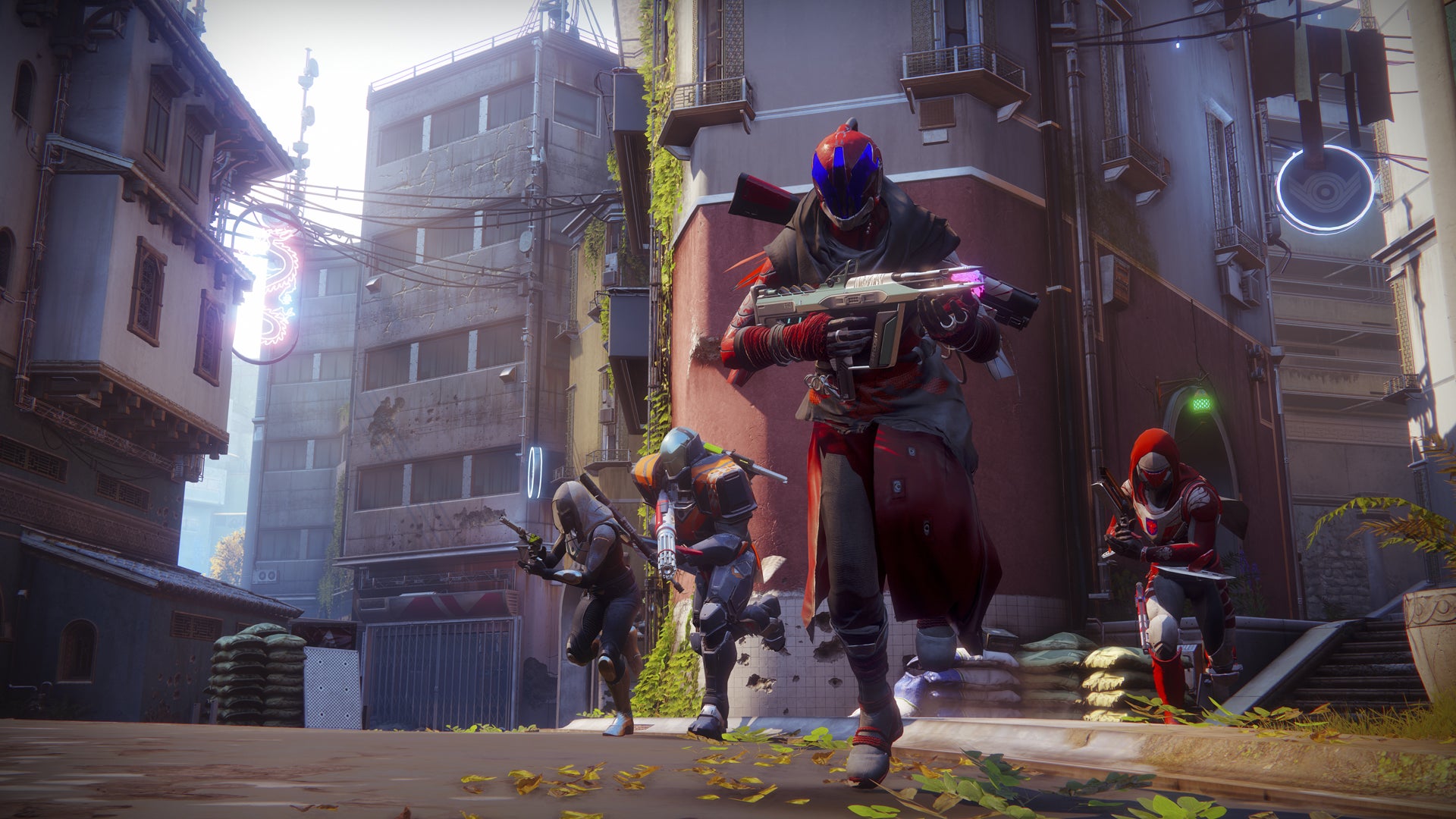 Once you’re clear of the opening mission all new characters start with (it’ll take you perhaps 10 minutes tops if you hurry) you’ll find yourself in the Tower with your fresh-faced Guardian. Hustle over to your Vault, and pull out all three weapons you stashed earlier. Their 900-plus Power levels will give you a boost extremely quickly. Now you can go into the Collections menu, which keeps an inventory of every item you’ve discovered in the game, and find the tab for “Levelling” armour for your alt’s class (Hunter/Warlock/Titan).

You might not realise this at first, because the rare armour in your collection is all set at 750, but once you get a full set, the second set you pull will start to increase in power dramatically, rubberbanding upwards to your character average. Get a full set of armour to raise your Power level even more.

Here’s where things can get tedious, so you have to decide what you want to get out of this. If you just want a head start to shave a little time off getting to 900 Power, you’re good to go. Go run a few activities to get a feel for your new Guardian and you’ll hit 900 extremely fast. In fact, I recommend this — after spending time on the slow climb past 900 with my main, seeing numbers leap upwards every time any old piece of gear drops for a new character is really damn satisfying. If you just want to power level, read on. 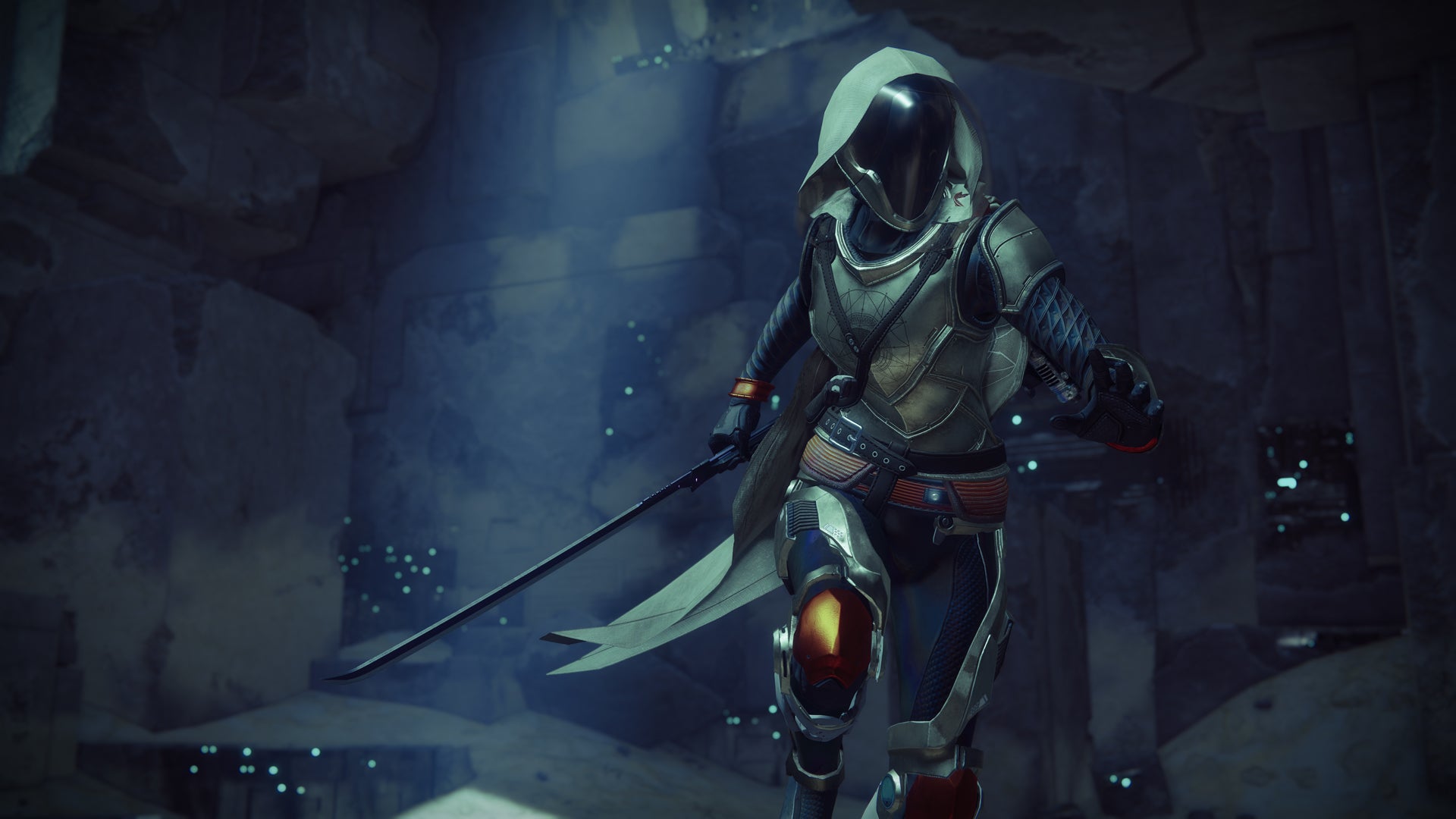 This part’s pretty simple, just a little tedious: keep buying armour from your collection. Each new piece will climb in Power until you start getting close to your character’s average Power, where you’ll find diminishing returns. For me, this was when each piece of armour was at 849. (Make sure you clear out your inventory around this point, since it’s probably full.)

Now you want to look at your seasonal rewards — remember, you do not.

need to buy a season pass for the “free” tier of rewards (the grey one at the top). Every five seasonal rank levels, you get a piece of armour. For this next step, you’ll want to be at least at rank 10, so you can get two pieces of armour. Only collect one.

Then go shopping again, pulling armour for every slot until you stop seeing gains. Said gains will only be incremental at this point, but every bit counts. Once you do that, you can get the second piece of seasonal armour you’ve unlocked — it’ll likely be a solid 10 Power above whatever you have currently in its slot.

You can repeat this process once more if you’ve got a seasonal rank of 15, or twice more if you’re at 20 (your seasonal rank is shared across all the characters on your account). Go shopping, inch forward with blue armour, and then make a small leap with a piece of seasonal reward armour. Doing this will get you extremely close, if not right up to, 900 Power without ever leaving the Tower once. If you’re a little bit shy of 900 Power, run a couple activities until you are, because the next steps are wasted on a character that hasn’t hit the soft cap. 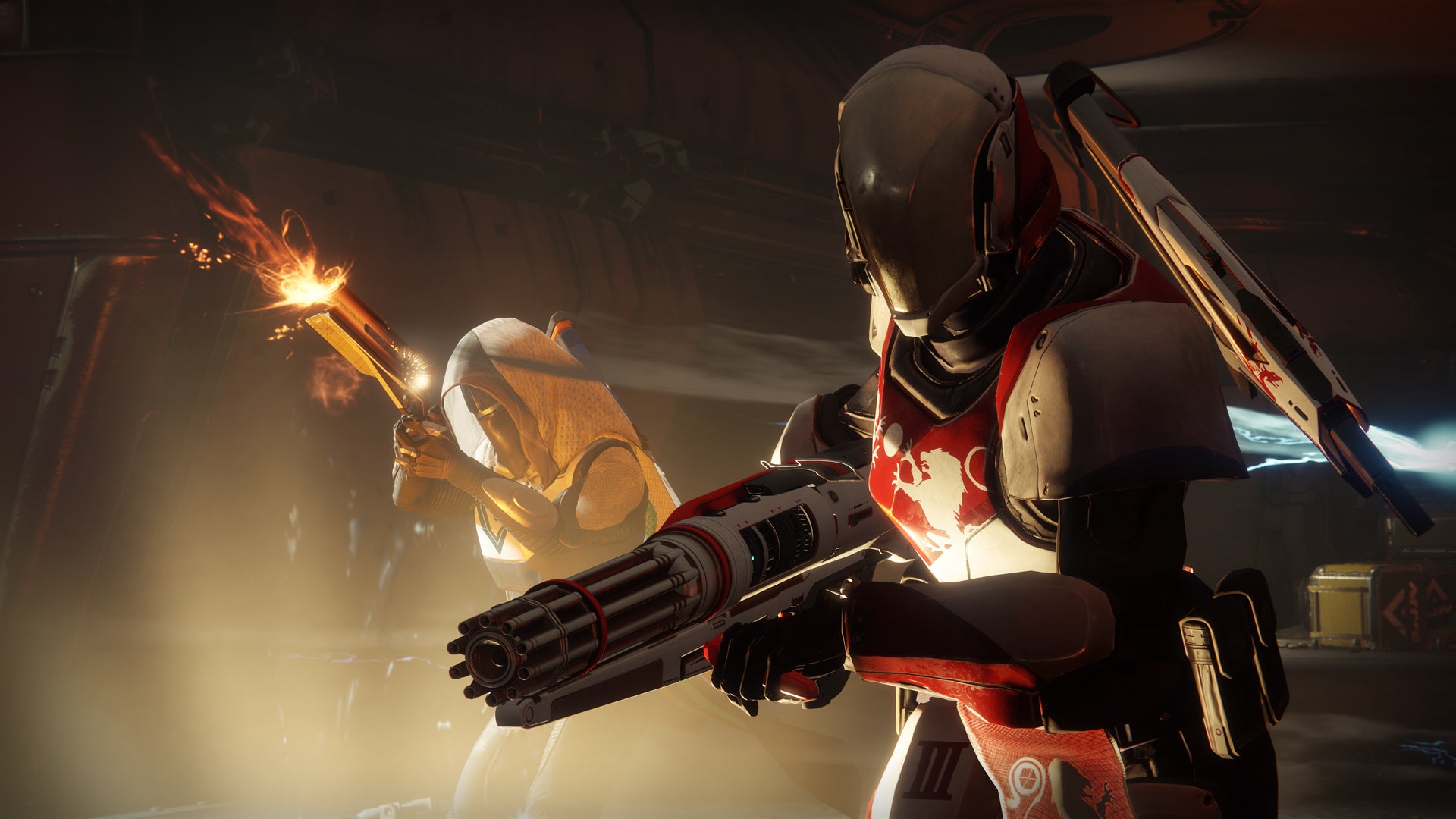 Here’s where banking a lot of resources will pay off. If you’ve cashed in on a lot of bounties with another character and have a huge stock of Crucible, Vanguard, or Gambit tokens, you’ll want to redeem them with this new character — Engrams rewarded from cashing these in will inch you above 900 if you’ve already hit the cap and you have a 900 Power item for every slot. (Destiny 2 calculates loot using your total possible power, so there’s no need to ever actually equip anything in order to get the best drop. As long as it’s in your inventory, and not your vault, you’re good to go.)

This, of course, is a painstaking and expensive thing to do. But once you hit 900, it’s more or less your only option short of just going out there and playing the game honestly for Powerful Rewards. But there’s one more trick, and you can only pull it off if you have a season pass.

Every season pass owner has immediate access to a special package that contains the exotic hand cannon Eriana’s Vow, and a full set of the seasonal armour that folks who didn’t pay for the pass had to grind 20 levels for. The neat thing about this is that you get one of these for every character, so even if you redeemed it on your main, you’ll have another waiting for you here. 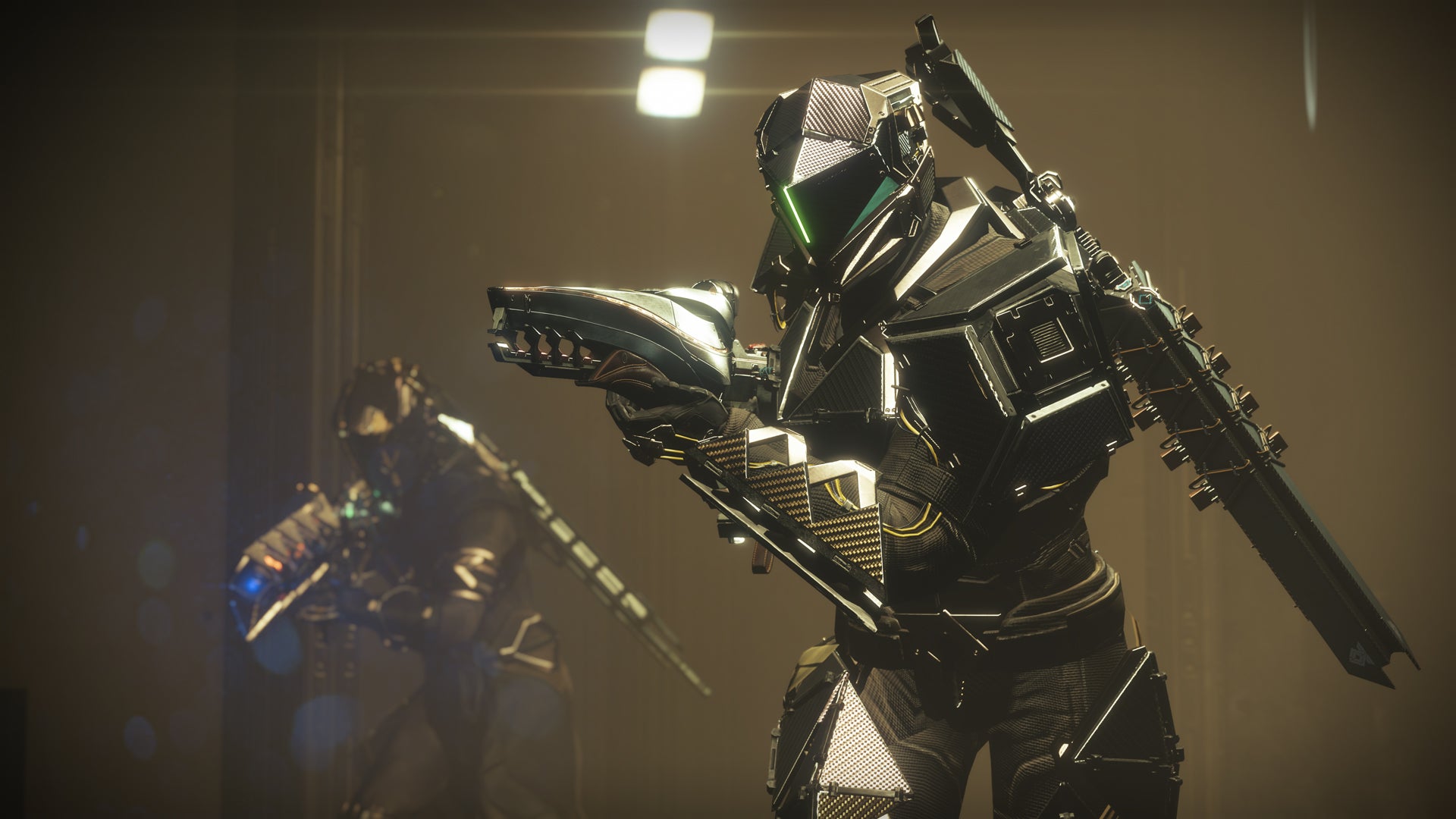 Recently I wrote about how Destiny’s current grind is excessive. I still think that, but I quickly power-leveled a Hunter just now while writing this article in order to make sure that this method was sound, and it got me excited to play all over again.

I’ve never really played as a Hunter in Destiny 2, and while I know what they do on an intellectual level, I have no idea how their abilities feel, and how well suited they may or may not be to my gameplay rhythms. It’s exciting, and I can’t wait to find out what it’s like.