I Don’t Think I Need A Wireless Switch Headset

Bundled with a first-of-its-kind USB-C 2.4GHz dongle that fits nicely in the bottom of the Switch, SteelSeries’ $179 Arctis 1 Wireless gaming headset is the first truly wireless headset for Nintendo’s latest console. It’s very nice. I just don’t see myself using it a lot, at least not on the Switch.

The Arctis 1 Wirelessly works spectacularly well with the Switch. SteelSeries’ Arctis line has a lovely, mellow soundscape that’s never too harsh or heavy on any end of the spectrum. 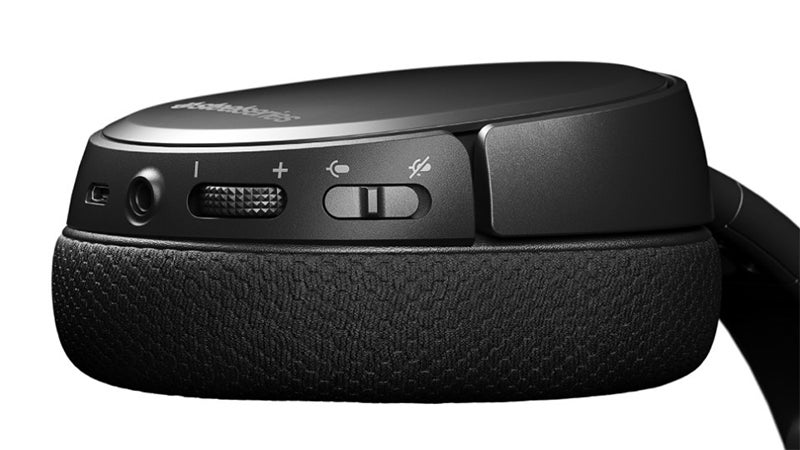 It works well with the Switch. Plug in the dongle, hit power on the headset, and crisp, clear audio is piped into your ears. They sound great. The mic does a fine job of transmitting my voice in the handful of games that support direct voice chat and don’t require Nintendo’s mobile phone app. And when I want to play in handheld mode with a power cable attached, so I can charge and play at the same time, I am shit out of luck. 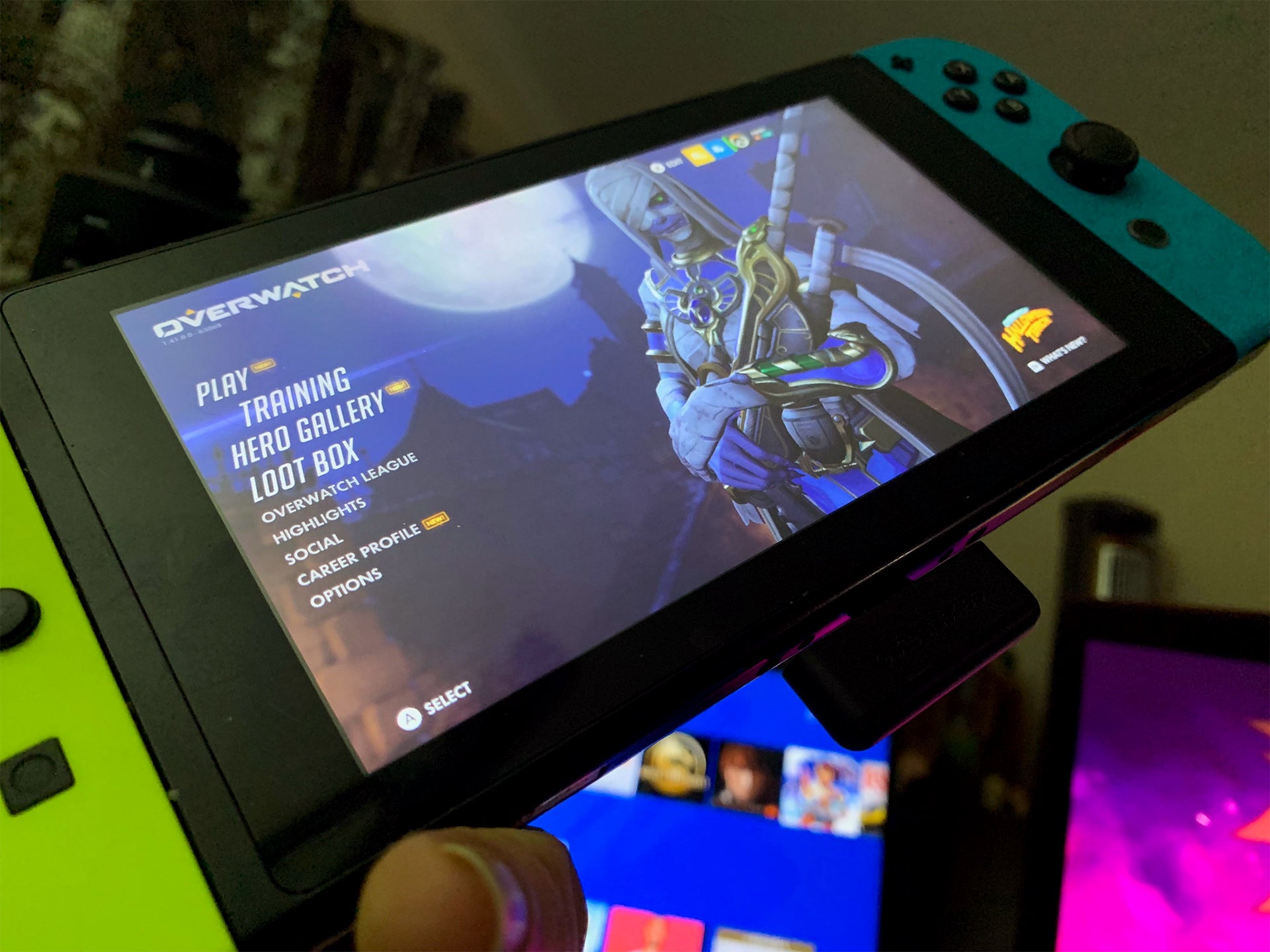 When the battery on my Switch begins to die, the wireless headset must go bye-bye. There is no pass-through on the Arctis 1 Wireless’ USB dongle, so it’s either wireless sound or power. I can, however, plug a wired headset into the Switch in portable mode and never run into that problem. Seeing as I never play the Switch in portable mode from across a room, a short headset cable does not bother me.

SteelSeries includes a number of cables with the Arctis 1 Wireless. For the Switch in docked mode there’s a USB-A wire that terminates in a USB-C socket the dongle can be plugged into, so it’s possible to use the headset in docked mode. There are a bunch of headsets out there that plug into USB-A for wireless, so the Arctis 1 isn’t special in that regard. No, the main drawn for Switch owners is plugging that dongle into the bottom of the console. It’s just not really that much of a draw in the long run. 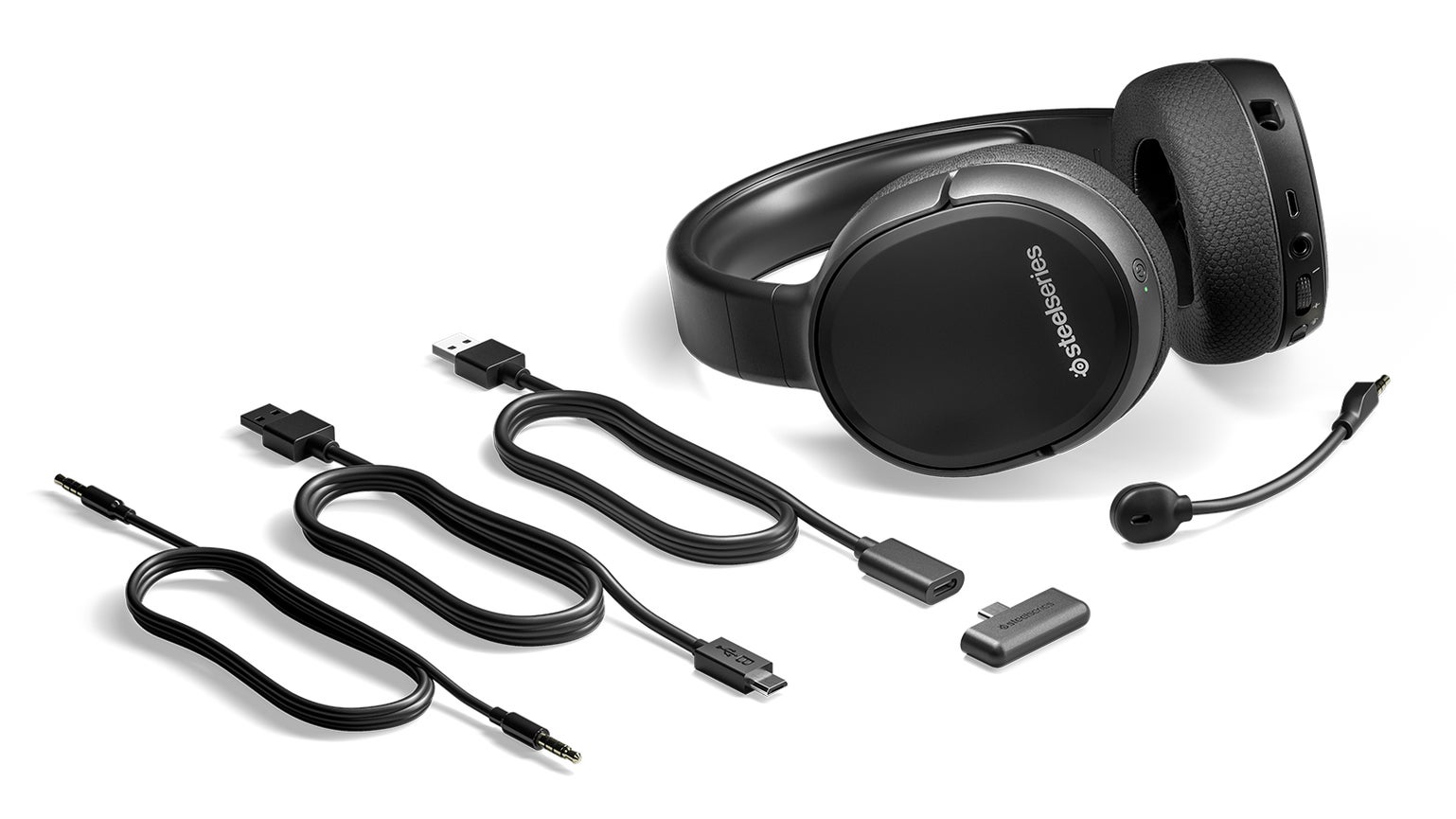 It might not be perfect for the Switch, but the Arctis 1 Wireless is still a damn fine wireless gaming headset. I’ve been using it on my laptop, its dongle fitting neatly into the USB-C socket. It’s the same functionality as using the headset on the Switch, only now I can tweak with the SteelSeries Engine software whenever I please. With the included 3.5 mm cable I can plug the headset directly into my Xbox One or PlayStation 4 controller (the PS4 also sorts the USB-A dongle cable if the need arises).

The Arctis 1 Wireless is a pretty versatile gaming headset. I might not use the first truly wireless Switch headset for the Switch, but use it I certainly will.