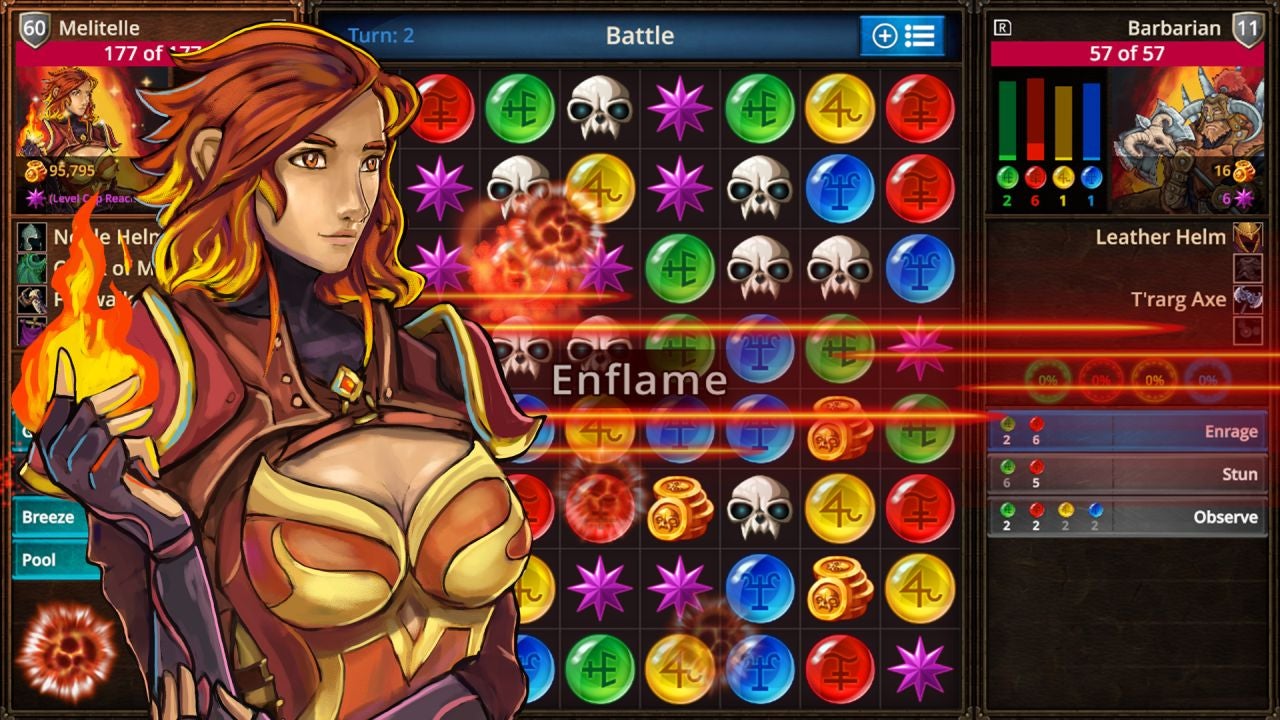 One of the poorer habits I have is playing handheld games in bed before I fall asleep. It’s not the best move — even with the brightness set all the way down, light has a way of messing with your sleep cycle — but sometimes it feels like the best way to slow my brain down after a long day of writing. (Something I do a lot of in my free time outside of work. I’m a delinquent and don’t recommend this.)

Usually I would play a JRPG I’m neutral on, something pleasant and low-stakes that I don’t unabashedly love or loathe, like Octopath Traveller. But this led to problems over time. I’d fall asleep and forget dialogue or story bits or how I ended up in one town or another, and if I wanted to play earnestly during the daytime, I’d spend a solid 20 minutes reorienting myself. So lately, I’ve been playing puzzle games at night.

Inspired by Mike Fahey’s return to Puzzle Quest when the remastered version came to Switch, I started playing Puzzle Quest whenever I felt like a 20-minute game session was what I needed to wind down for the night. Puzzle games, it turns out, are superior games to fall asleep to.

In Puzzle Quest, you have one-on-one battles against enemies via match-3 puzzles. Matching gems of different types lets you accrue power, experience, gold. At higher difficulties, a battle can be a cerebral contest of wills that’s tense and engaging. At lower levels, it’s low-stakes and just forgiving enough that, while I love playing Puzzle Quest, I don’t care that much?

That’s not a bad thing. I love having a low-investment game that’s as deep as this. It’s nice to dial back, disengage, and spot patterns on a match-3 board while also doing some light strategising. And if I lose? So what. Every battle is essentially the same, just harder or easier, with a few variable rules based on enemy skill sets.

To me, the ease with which you can walk away is an underrated aspect of a good video game. Like a lot of people, I want most of my games to be engrossing, to hold my attention and linger in my mind when I’m not playing them. But sometimes I just want something to fall asleep to. Sometimes I want to just screw around in Puzzle Quest, or stare at a Baba Is You puzzle until I fall asleep, so I can wake up and wonder why I’m no closer to a solution.