I Found A Family In A Mario Kart Tournament

I fell off my barstool for the second time that night. My vision went blurry, my legs buckled, and the floor spun. Arms reached out to help me back up, and I leaned against the bar, sobbing incoherently. I wasn’t wasted — I was playing Mario Kart 8 Deluxe.

I was comfortably in first place at my weekly Mario Kart tournament at a New York City bar. Right before the finish line, someone struck me with a blue shell, sending my car spinning into second place. The bar erupted in cheers, or boos, depending who they were rooting for. Some people patted me on the back; others jeered. The bartender poured me a shot of the well whisky, but it was poor compensation for the hell I was going through. 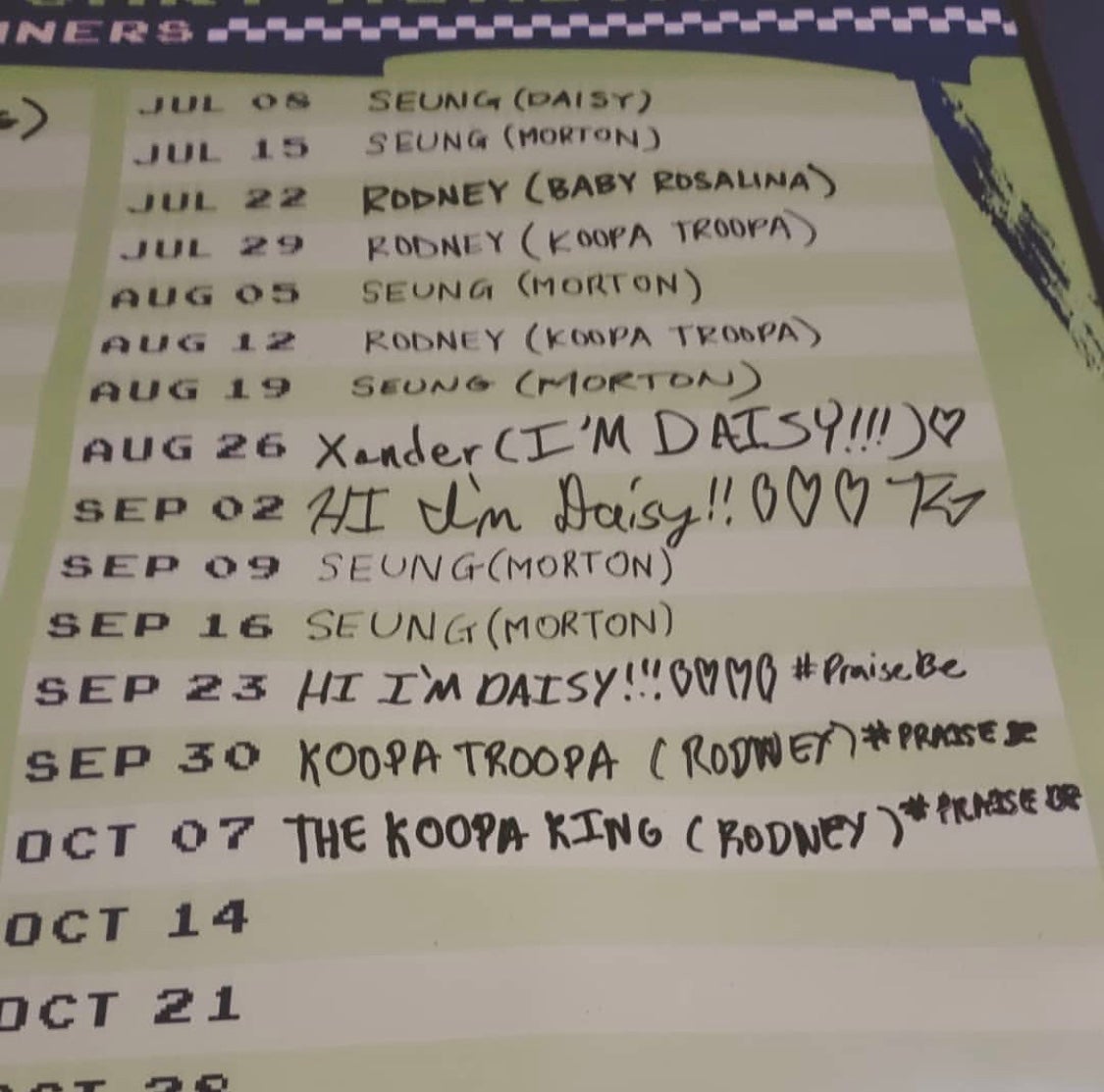 After the race ended, everyone assembled in front of the screen to see the standings. My heart beat faster as the numbers unscrambled on the monitor. When the final standings came into view, the bar erupted once again.

I had lost. The hit by the shell had been enough to force me down the tournament standings from first to second. Someone yelled, “Seung’s time is over!” My dream of a perfect month — four weeks in a row on the board — was gone.

“The monks! The monks listened to my pleas!” crowed the winner and my longtime archnemesis, referring to the Seiros Holy Monks from Fire Emblem to whom he had, jokingly, offered up a prayer a few hours before.

I needed a drink. The bartender poured four shots — one for each finalist — and we toasted to the game, the winner, the loser and surprising friendships.

Every Monday, for the past two years, I’ve gone to an unassuming sports bar in downtown Manhattan to race against fellow Mario Karters in a quest for a free bar tab and our names on the scoreboard. The free tab doesn’t matter too much; we race for pride, and the chance to heckle and showboat. Where else can you yell “You little piece of shit” in public and get away with it?

Over time, the bar evolved into a second home for us. It was where we came when we were down, when we wanted to celebrate, or when we had an event to host and needed a place with cheap drinks. Stepping over the threshold felt calming and cosy. I even planted a Kotaku sticker on the beer taps.

It wasn’t always that way. Going to a new place and trying something new can be daunting. I didn’t talk to anyone for my first few weeks. I stayed in the corner, sipped on my drink, and played when my turn came up. 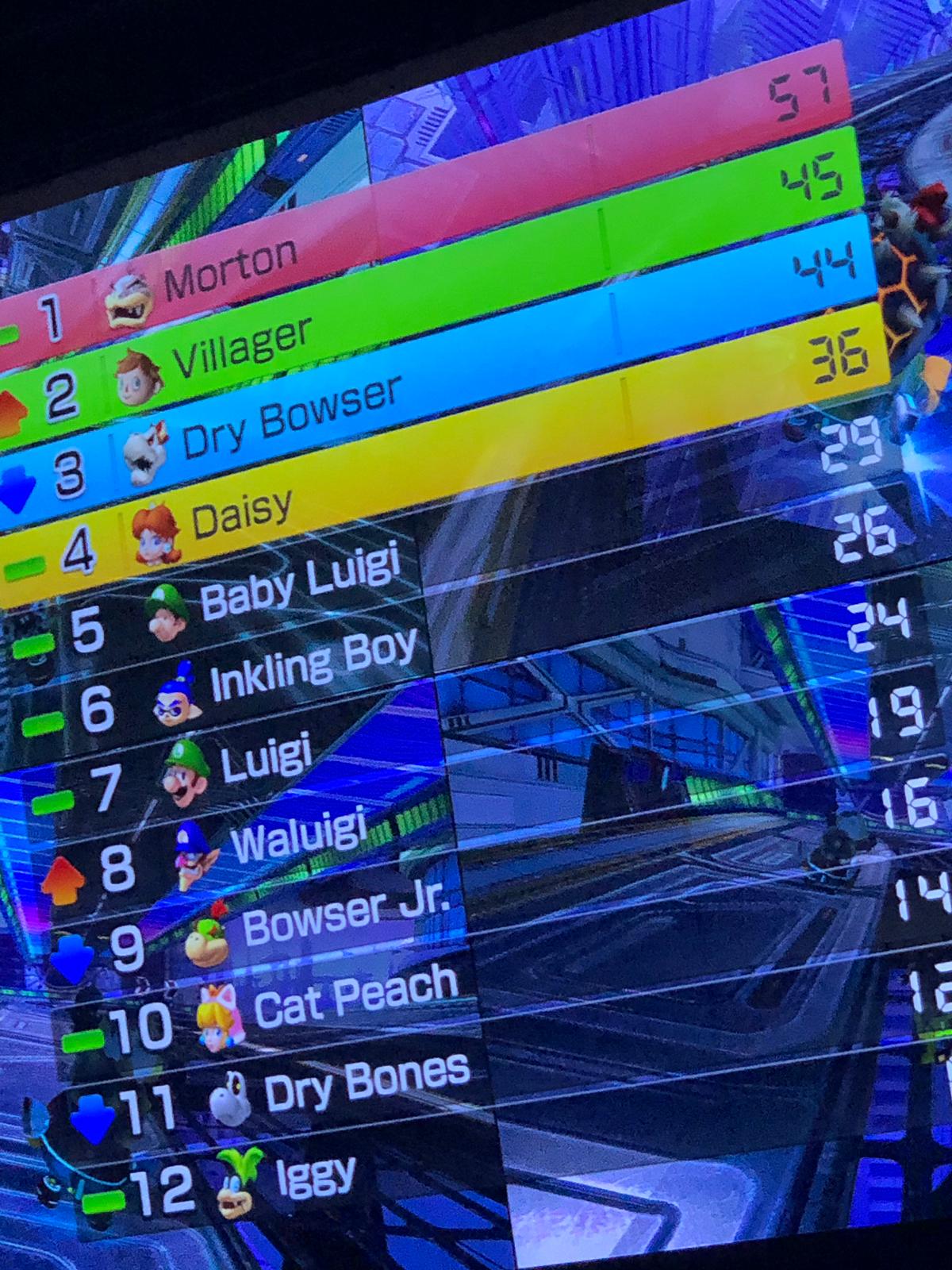 Slowly, that changed. By month two, I was exchanging gentle barbs with people I recognised. By month three, we were buying each other drinks and chatting about our favourite builds. (For the record: Morton, Biddybuggy, Cloud Glider.) Halfway through the year, we were playing with each other outside the bar, ostensibly practicing, but really just having fun, glad to be in similar company.

Now, we’re a family. Our group chat runs through hundreds of messages a day. We know about what’s going on in each others’ lives, and we give support and encouragement when we need it. And, of course, we troll the ever-loving shit out of each other.

As Cheers put it: sometimes, you wanna go where everybody knows your name. When Monday rolls around, I feel like Norm or Cliff: anxious to see my friends again, to dish about life, and maybe snipe some poor bastard with a green shell.