I was getting off my horse to grab a dead bird I had just shot when my horse decided it was time to go to the bathroom. So it started pooping right there in the woods. Of course, this isn’t a problem. Horses in Red Dead Online poop and they do it where they need to. But what concerned me was the frequency and timing of my horse’s pooping. It seemed like he was pooping too much.

I started noticing how often he was pooping when it started happening more often than I thought was normal. For example, I rode into a small town to grab a bounty poster and as I walked back to my horse he began to drop some brown nuggets right in the street. I didn’t think much of it and we rode out of town to catch our target.

When we got to the target, I jumped off my horse and shot some folks and grabbed the criminal. As I returned to the horse he pooped. It had only been about five minutes since the last time, but maybe he didn’t get it all out. But when I returned to drop the criminal off at the jail my horse pooped again. It had only been a few minutes and yet again my horse needed to take a crap. 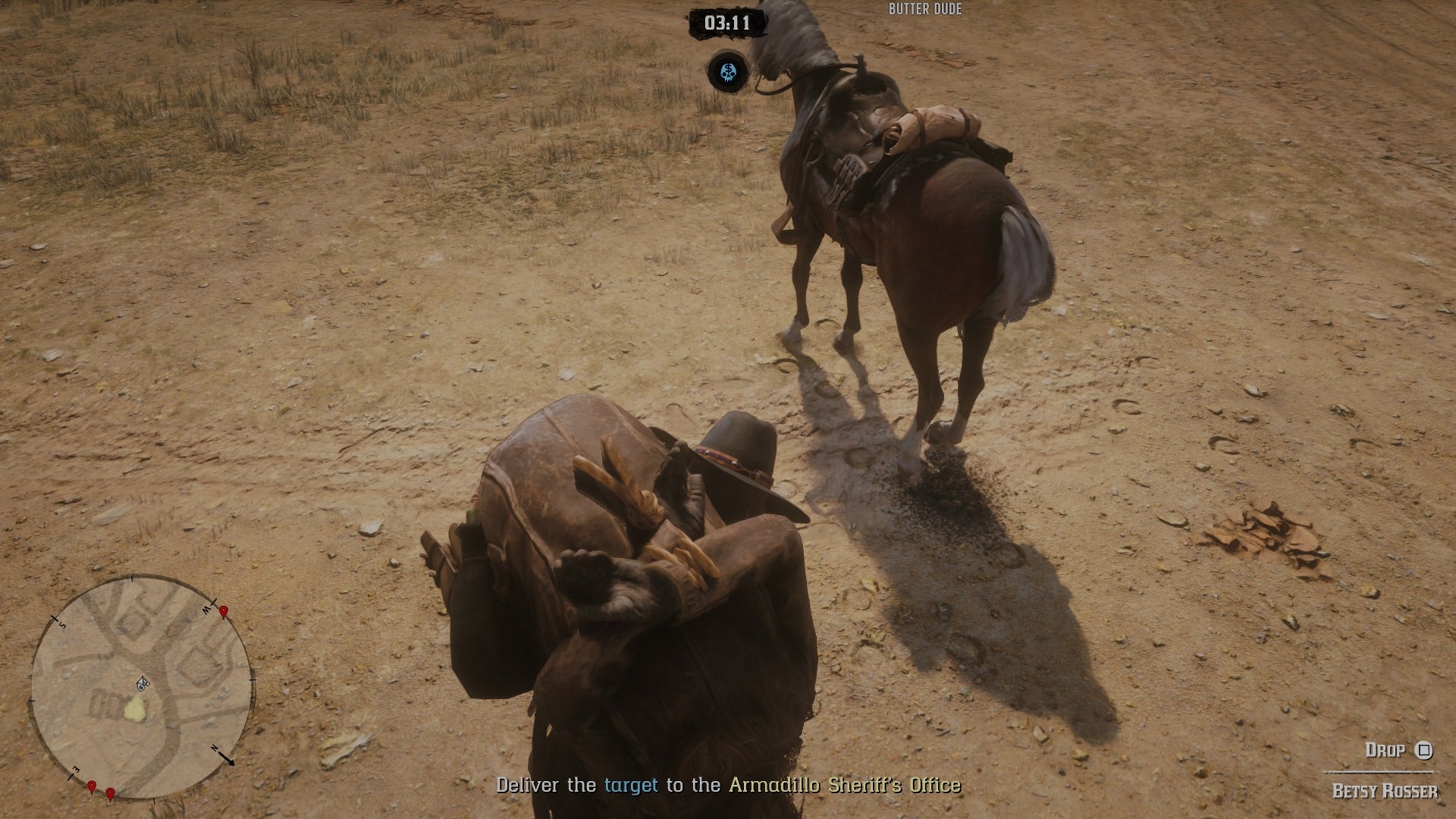 At this point, I was a little concerned. Was my horse ok? I decided to try and keep better track of when my horse pooped. Which was a weird thing to think about and is also a weird sentence to write.

Whenever I brushed him he would almost always poop a little.

This was something my brother noticed too. When we were playing together a few days ago we stopped to do some hunting and take care of horses. I started brushing my horse and he pooped. My brother pointed this out, mentioning his horse does this too. Sure enough, he got off his horse and started to brush it and it immediately pooped. What was happening?

Well according to the internet, I’m not the only person to wonder why their horse was pooping whenever it got brushed. At least two other people have asked this same question about their horse.

According to one response, this is a thing in real life. Horses feel more relaxed when they get brushed and this, in turn, means they poop.

“This actually. I own 7 horses, and they s*** when being brushed, washed down, and trimmed,” replied one GameFAQs user. 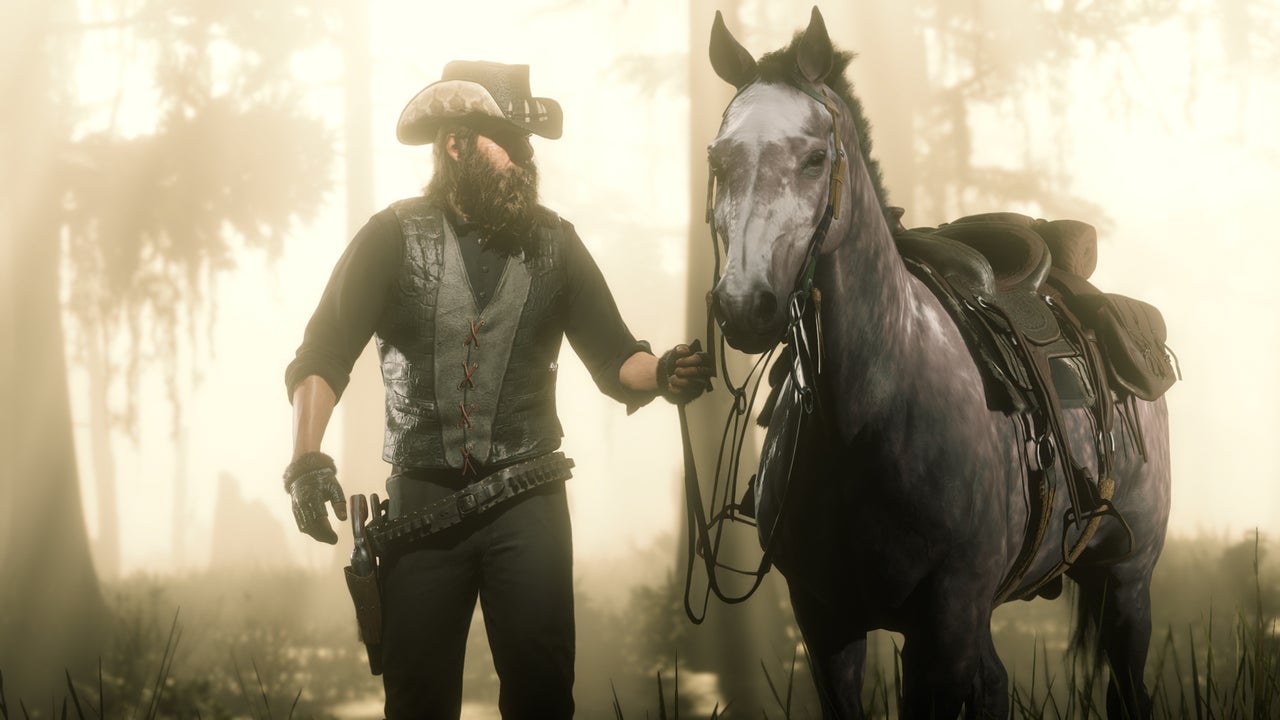 Considering Rockstar added in the small detail of horses’ testicles shrinking depending on the temperature into Red Dead Redemption 2, it isn’t that crazy to think they might also have included some sort of horse pooping simulation into the game too.

But while brushing my horse often leads to pooping, even without a good brushing to relax it my horse still poops a lot. And sadly, I couldn’t find other folks on the web concerned about this. Maybe you found this post via a Google search for “Why does my horse poop so much in Red Dead Online?”

If that is the case, I don’t have an answer. Personally, I tried feeding my horse more often and less often to see if that changed his pooping habits, but my results were inconclusive.

I’ll just assume my horse is healthy. Bowel regularity is important after all and he doesn’t seem sick or tired, so maybe he just has to go more often than I expected. I’ll just assume this is the case and stop watching and thinking about my horse’s pooping behaviour.