nina freemanwe met in may 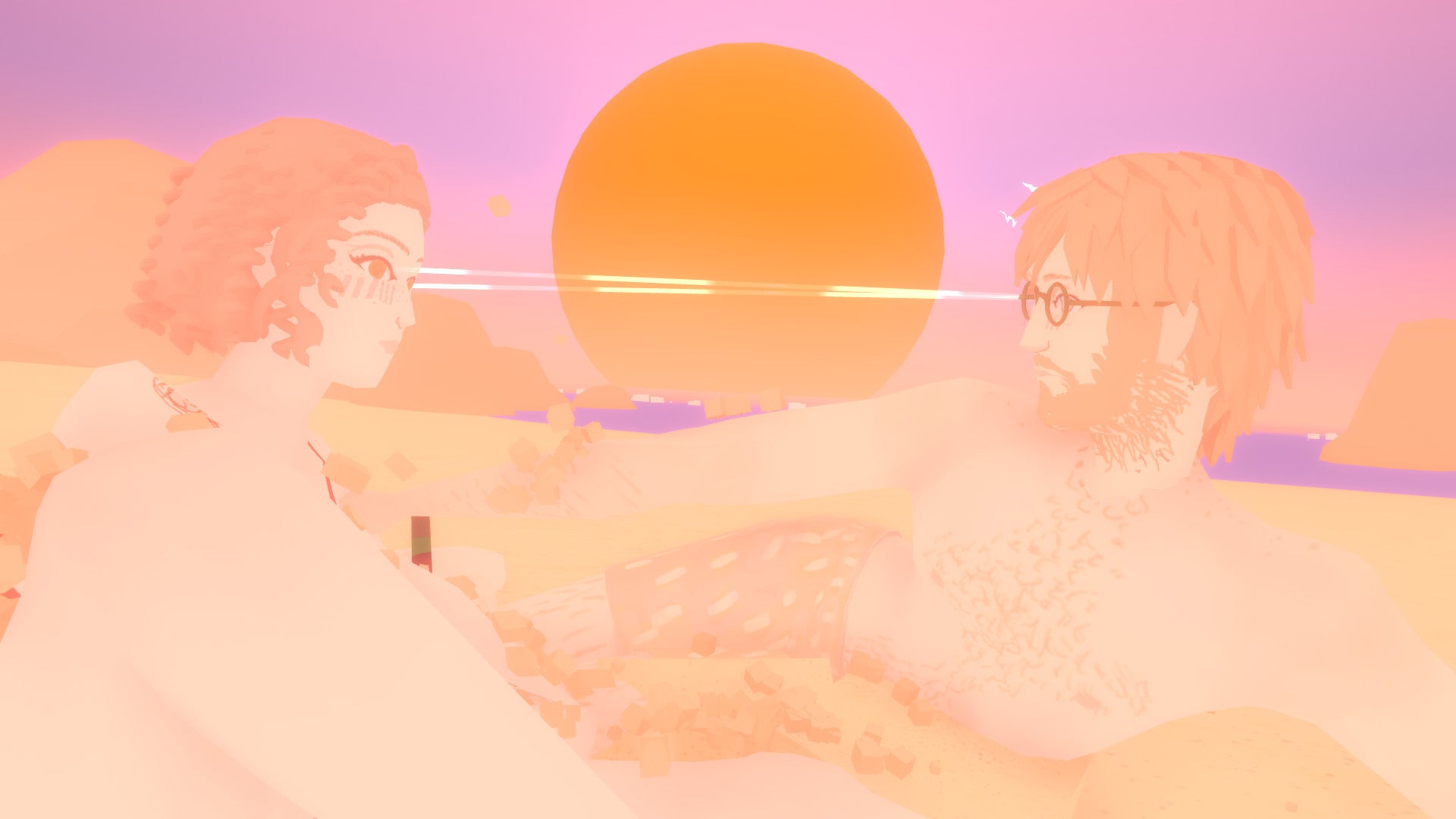 Nina Freeman’s calling card as a developer is allowing a player to enter into her life. Some of her games, like Cybele, which is about a relationship that takes place over an MMO, have been semi-autobiographical. Now, Freeman and her real-life partner, Jake Jeffries, have turned their relationship into an intimate video game called We Met In May. Kotaku spoke with both of them about what that process was like.

The avatars in We Met In May are representations of Freeman and Jeffries, and in four short vignettes, they invite you inside their relationship. Unlike the more melancholy Cybele, We Met In May is full of warmth and often extremely funny.

One vignette has Nina and Jake pouring sand all over each other on a beach date; another has Nina trying to hide her anime paraphernalia on Jake’s first visit to her house. My personal favourite vignette is called “Strike A Pose,” which takes place in a vintage shop in Portland that Nina and Jake often visit. In that one, Nina tries on outfits, which then allows her to do magical girl-esque poses that knock over the avatar of Jake, flinging his body head over tail. When I played that game with my own boyfriend, he laughed at this sequence, saying, “That’s me when I see Gita.”

Perhaps the silliest but most true-to-life vignette in We Met In May is the one where Nina’s goal is to tweak Jake’s nipples while he’s cooking.

“I am absolutely like that and definitely do that in real life,” Freeman told me over the phone last week, while Jeffries laughed. The specificity of these vignettes makes them feel universal. I may not tweak my boyfriend’s nipples, but I do find ways to irritate him — out of love — on a daily basis. 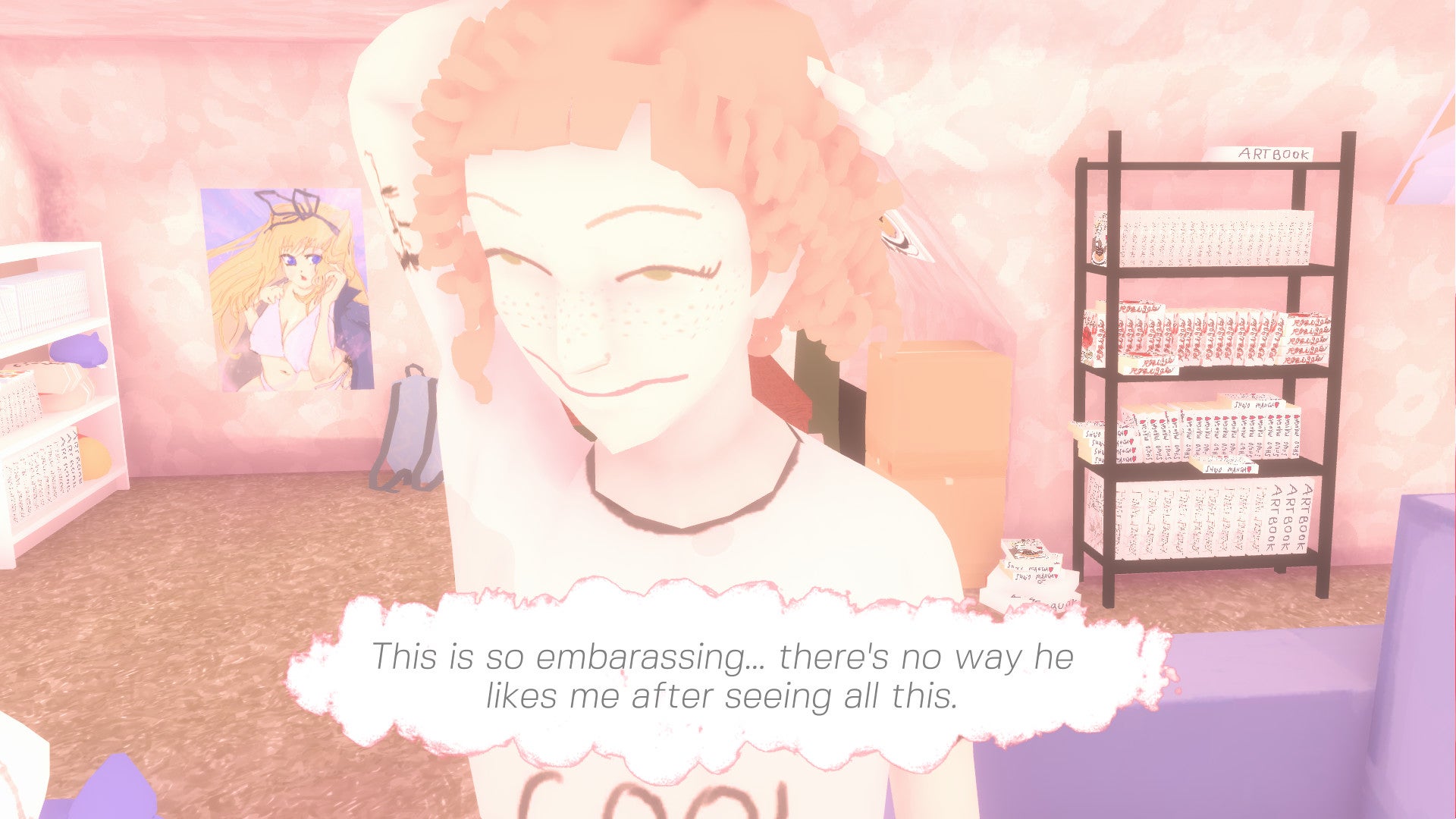 “And then they fell in love and lived happily ever after!” Freeman interjected. “It’s definitely reflective of our interests. We both like weird romantic comedy stuff, and… it’s very much based on real, smaller moments.”

According to Freeman, the whole genesis of We Met In May began with “Beach Date,” because no one else they knew loved sand, and pouring sand all over each other, as much as they do. They had only been dating for a couple of months but decided to put the game together for a game jam.

“I think for us a lot of these games came from the kind of place where it’s like, a funny, poignant memory that really sticks out to us amongst all the other good moments,” Freeman said. “I think the ones we picked were the ones we saw mechanics in.” 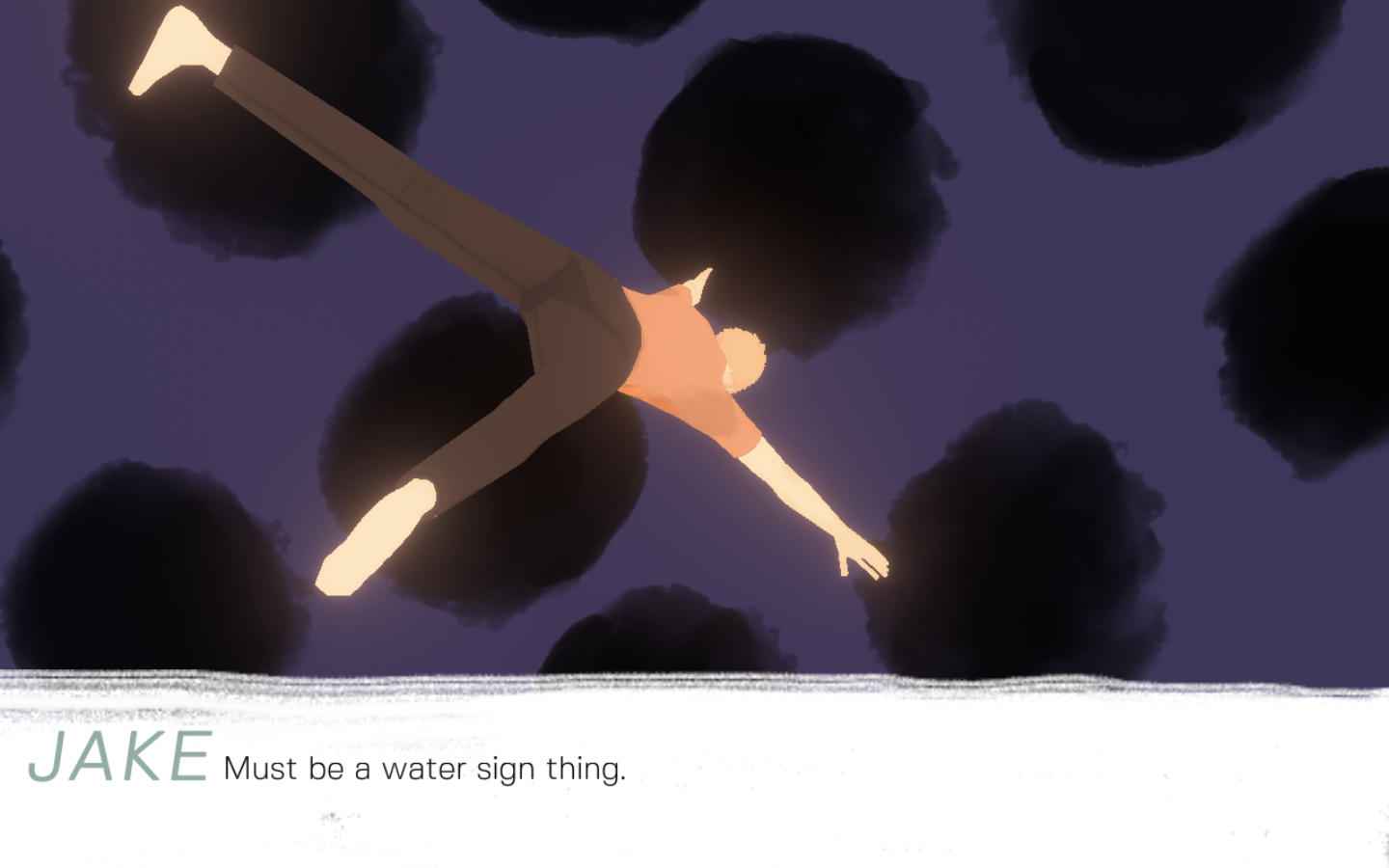 All of the vignettes in We Met In May are about the body in direct or abstract ways, she said, which guided her as a developer. “Everything comes from a very physical place to draw on for the mechanic.”

Freeman specifically mentioned “Beach Date” and “Nothing To Hide” as examples. Pouring sand naturally lends itself to a funny, physical mechanic, and positioning Nina’s body in front of her anime body pillows also felt naturally game-like, in that it presents the player with a choice and a clear representation of what that choice denotes. For Freeman, it’s about finding the moments in life where the various emotions associated with dating — affection, anxiety, excitement — are expressed physically.

In We Met In May, being in love isn’t something that occurs at the end of a story. It’s an active experience, reflected in tiny moments that are the sum total of the closeness you feel with another person.

One of my favourite details in “Beach Date” is that the game will pause and zoom in on Nina and Jake when they lock eyes. It’s a visual representation of a moment that’s hard to put into words — the moment where you just know.