Inside The Art Of Star Wars Jedi: Fallen Order, Kashyyyk’s Giant Spiders Are More Horrifying Than Ever

One of the more surprising reveals of our first real look at EA and Respawn’s Jedi: Fallen Order earlier this year was that the game’s hero, former Padawan Cal Kestis, would be slicing up more than Imperial troopers on his adventures. On the Wookiee homeworld, at least, he’d be going up against a monster from Star Wars’ past.

The Wyyyschokks were, in fact, an element of Kashyyyk’s wild and weird biosphere in the old Star Wars canon, first mentioned in Brian Dayley’s Han Solo and the Lost Legacy, but Jedi: Fallen Order will mark their debut within Disney and Lucasfilm’s rebooted canon. And now, thanks to our new look inside The Art of Star Wars Jedi: Fallen Order, you can see how Respawn transformed the Wyyyschokk for the game’s realistic aesthetic while keeping a few visual callbacks to their look in the old Expanded universe. 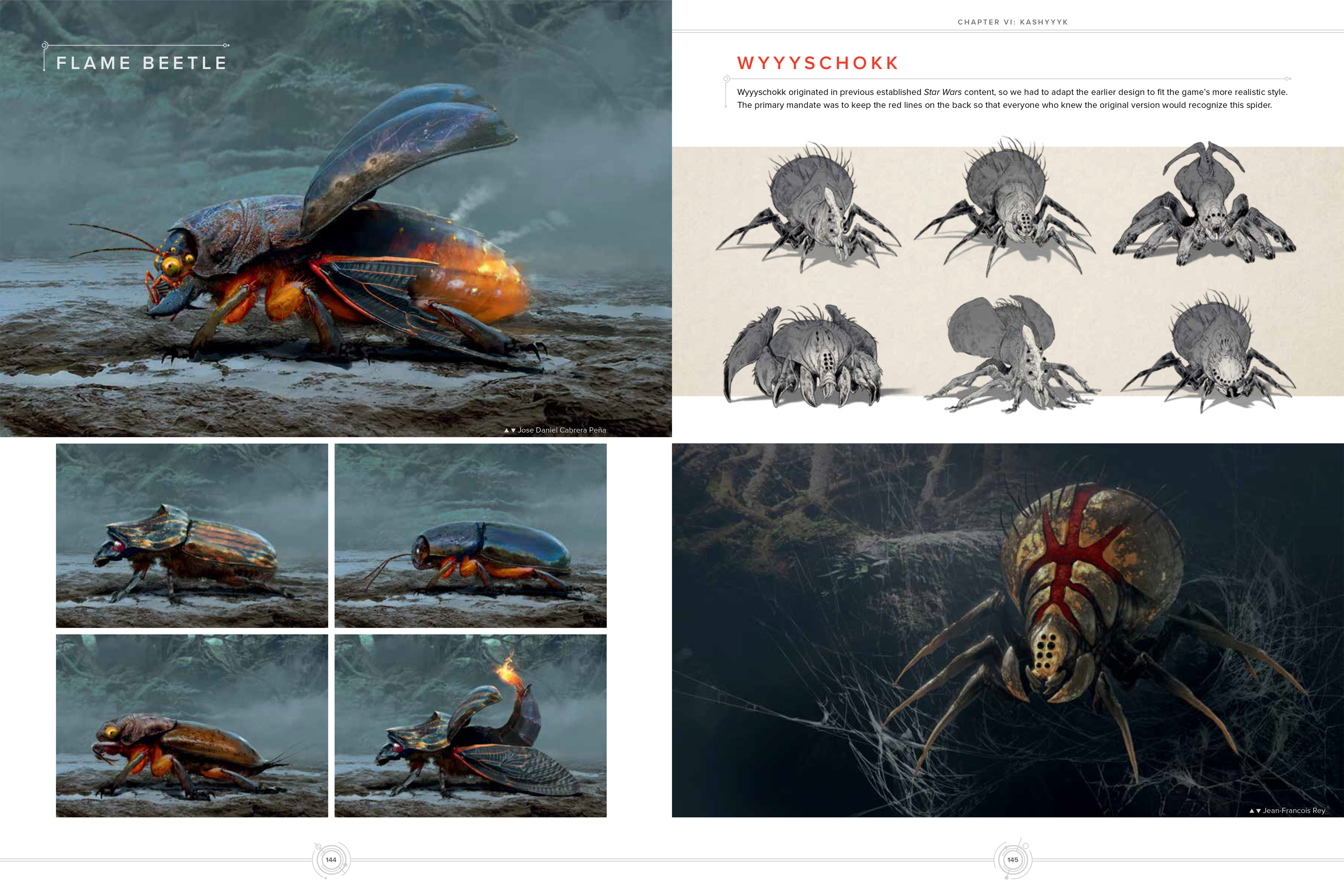 Turns out, what you get is a petrifying as hell giant spider that makes for good video game jump scares. Thanks for that, Respawn. 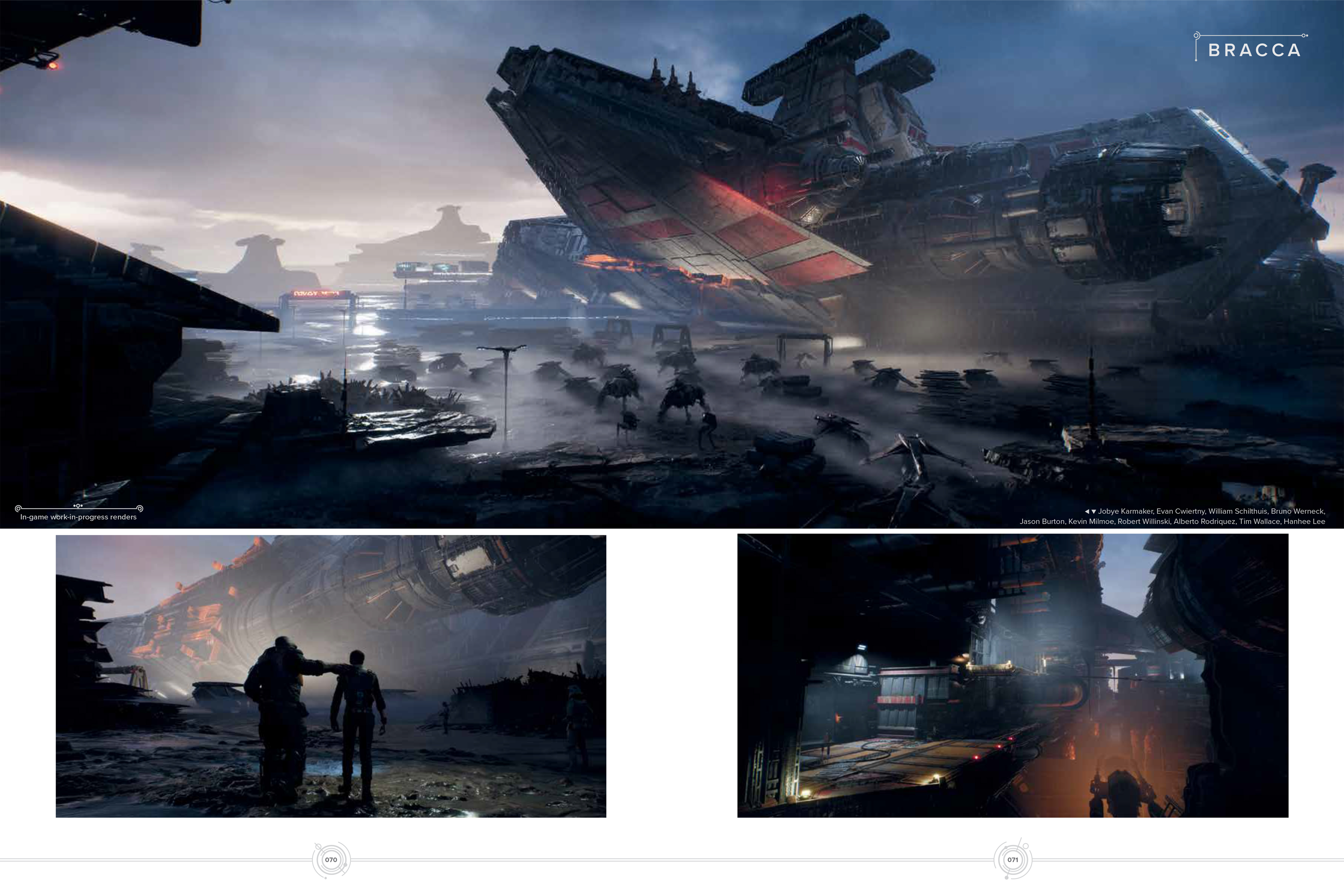