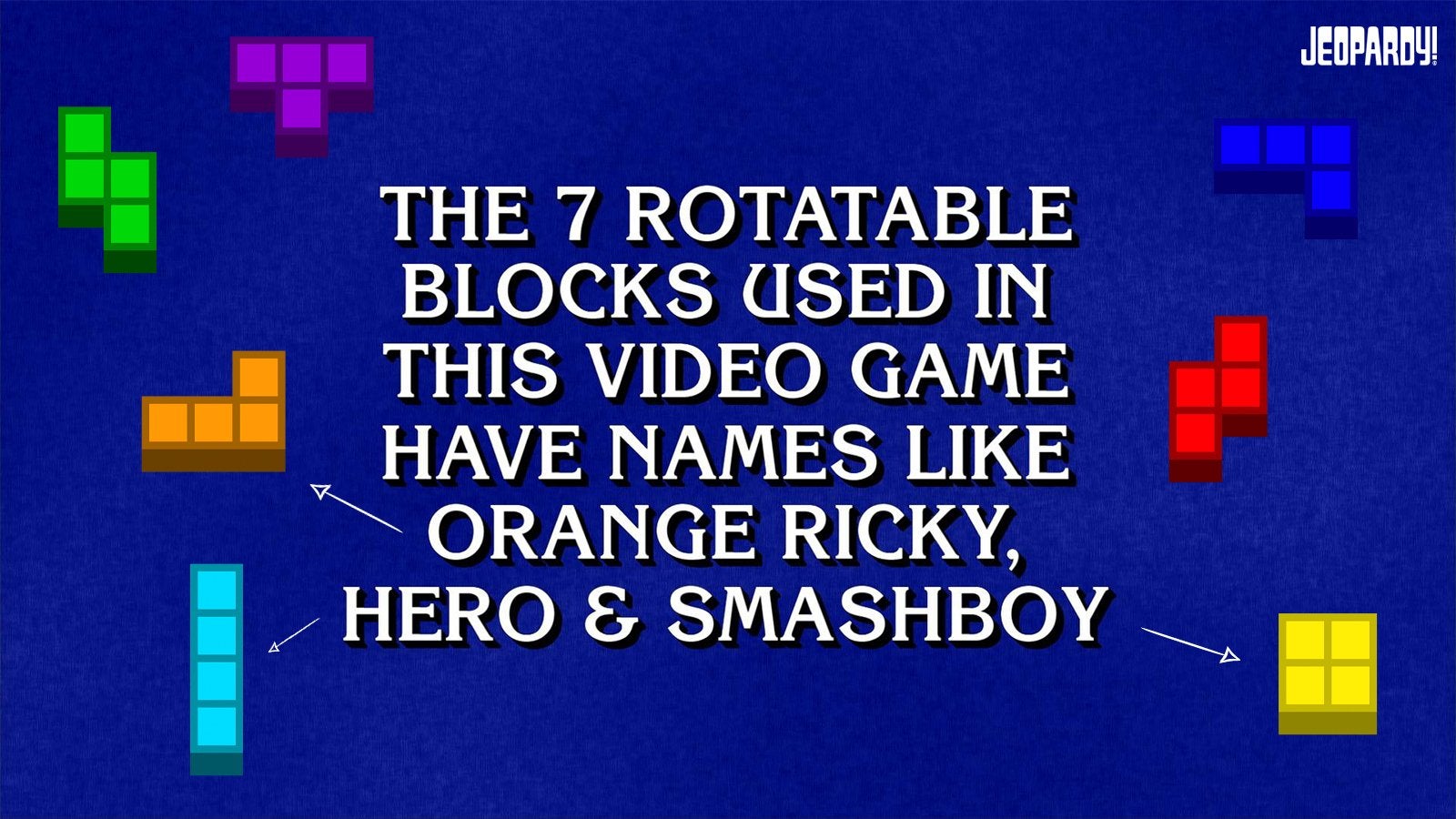 I haven’t watched much Jeopardy! since my personal hero James Holzhauer left the show, but had I tuned in last night, I would probably have found myself wondering if I had taken leave of my senses, following this question about Tetris in the category “Video Game-Pourri.”

“The seven rotatable blocks used in this video game have names like Orange Ricky, Hero and Smashboy,” says Alex Trebek.

“What is Tetris?” responds contestant Jessica, phrasing her response in the form of a question but also intoning it in such a way that makes it clear she really is wondering if it’s Tetris, because who’s ever heard of Orange Ricky?

That was indeed the answer Trebek was looking for, and Jessica nabs a cool $US800 ($1,189). Of course, she likely figured this out from the contextual clues about seven rotatable blocks and not the names themselves, which she has never heard of because they aren’t actually real.

The names are from a (well-done) joke tweet that went mildly viral in February.

I found the original instruction booklet for #Tetris and… did anyone know that these pieces had names?? pic.twitter.com/SvtxvIcUz6

I know you must have a lot of questions, such as why didn’t they include either of the Z-shaped blocks, which we must now forever refer to as the “Cleveland Z” and the “Rhode Island Z”? Rather than force Jeopardy! to apologise for this in an upcoming episode, I say we simply adopt these as the official names for the blocks and never speak of it again.