There are trails to follow in Lonely Mountains: Downhill, the thrilling mountain biking game from developer Megagon Industries, clear paths indicating the safest route from start to finish. Learning these trails is step one. Ignoring them is step awesome.

Successfully funded on Kickstarter and available now on Steam, Xbox One, and PlayStation 4, Lonely Mountains: Downhill is a game about going off the beaten path. It begins as a ride down a pleasingly polygonal mountainside, dotted with trees and crossed with streams. The vistas are scenic. The sound design, a combination of wind, birds, bike chains, and wheels on dirt, is exquisite. 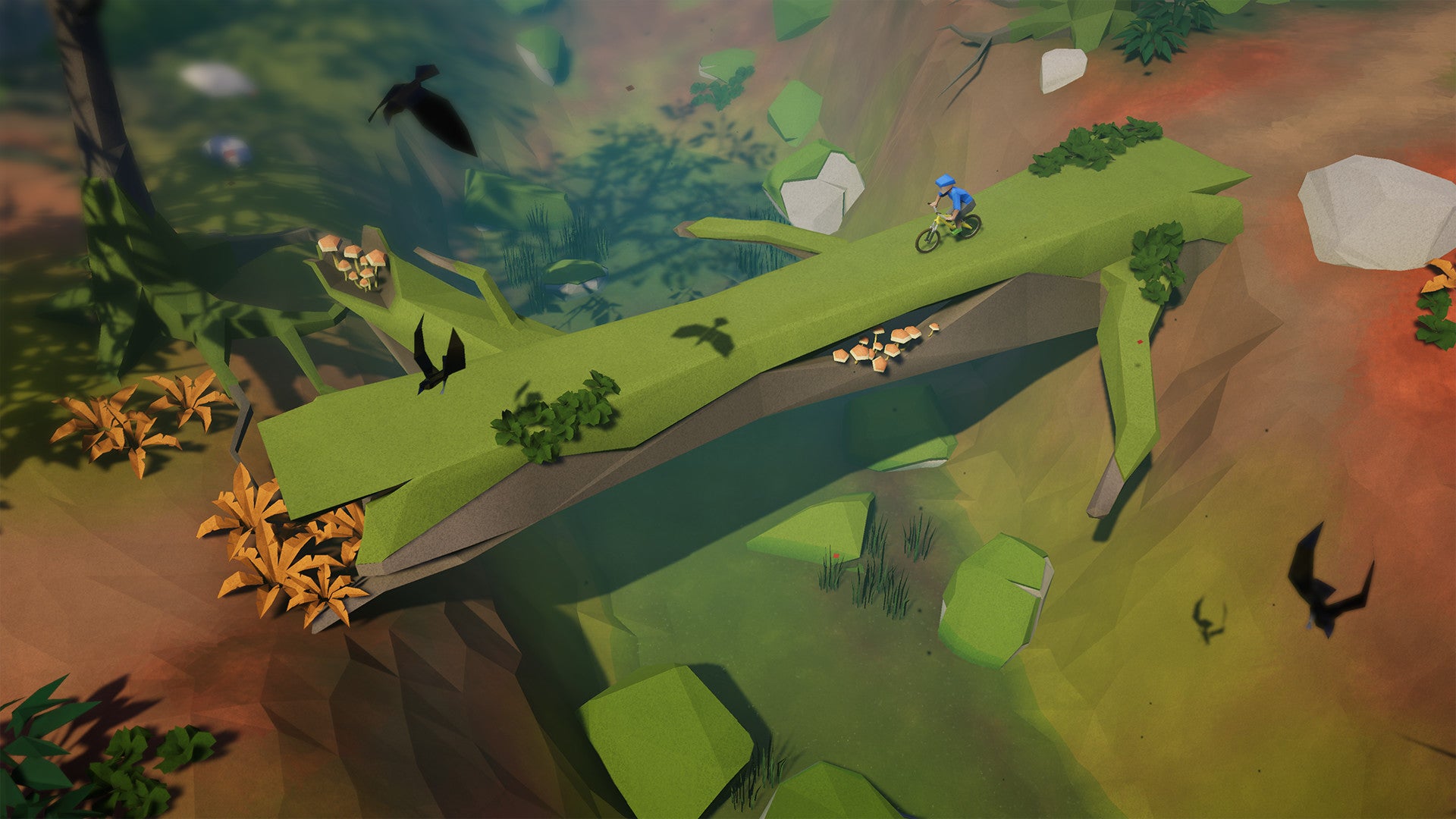 Once the player gets comfortable with the both the trail and the game’s controls, the latter of which can be a bit tricky if one chooses to go keyboard and mouse instead of gamepad, chaos and excitement are just a quick jerk of the handlebars away. Lonely Mountains: Downhill is not a game about following a set path. It’s about discovering daring new ways to make it from the top of the trail to the bottom.

Sometimes the fastest path is winding through trees and dodging dangerous rocks. Other times it’s a turn that doesn’t look like it’s a turn but—hey, cool, it’s a turn. Maybe it’s a leap of faith. Maybe not, but taking a leap of faith and failing is almost as entertaining as succeeding.

Each new path in Lonely Mountains: Downhill starts off with a single goal: Get to the bottom. Once that goal is achieved, more advanced goals are unlocked. Reach the goal in a set time. Reach the goal under a certain number of crashes. Completing these goals unlocks new bikes with unique handling, new customisation options for bikes and riders, new trails, and even whole new mountains. 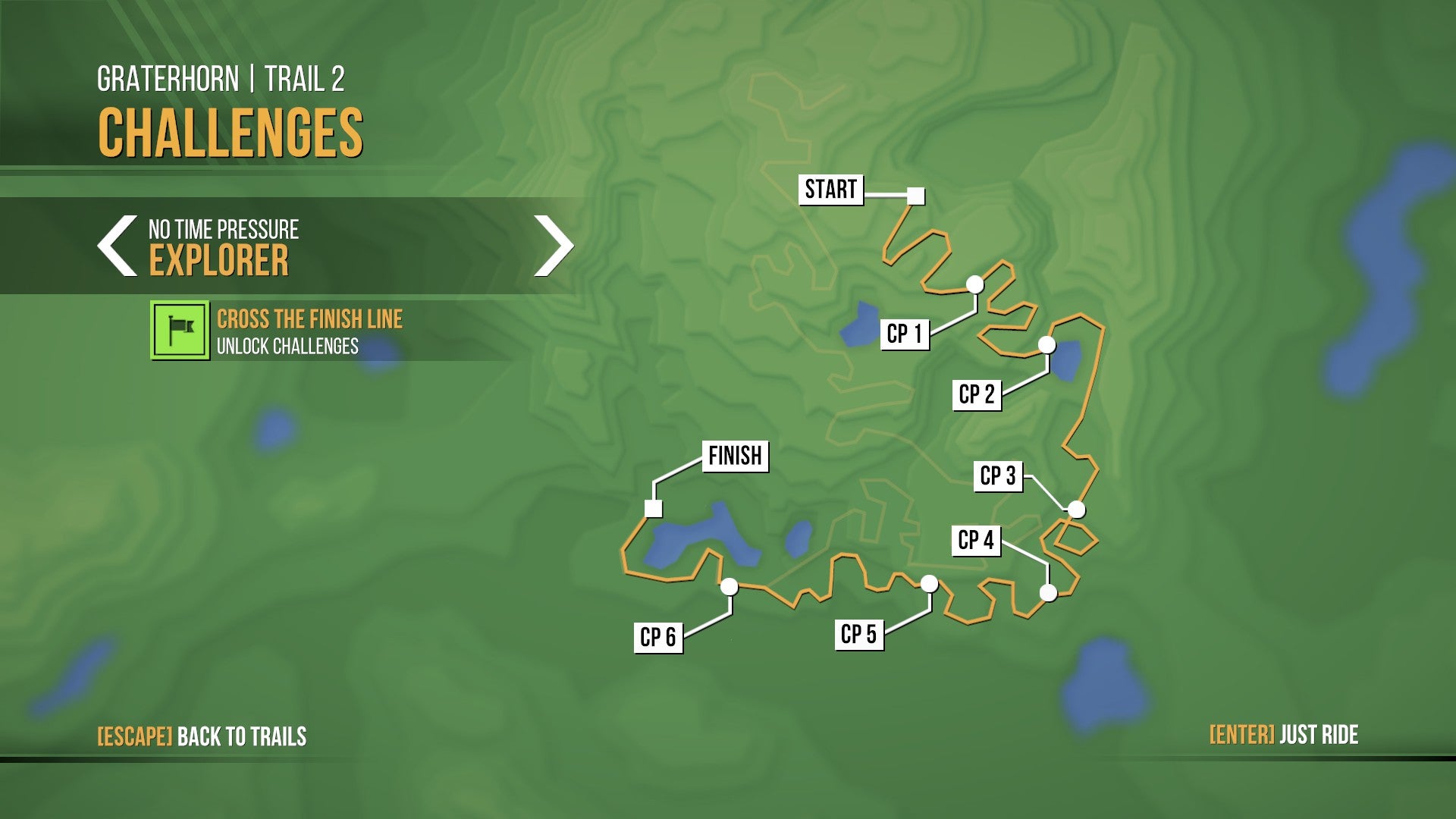 Online leaderboards track players with the fastest times and least crashes. I am nowhere near the front of the pack in either category. If they tracked players having the most fun, however, I would be at the very front of the pack. Unless there are people better at having fun than me.