Magic Meets My Little Pony In Ponies: The Galloping

Sold in a three-pack for $US50 ($73), $US30 ($44) of which goes to the Extra Life children’s hospital charity organisation, there is no way in heck the My Little Pony: Friendship is Magic cards are tournament legal. The Nightmare Moon card, showcasing the animated series’ very first antagonist, is a two-sided card with the villain’s alter ego, Princess Luna, on the other side.

The Rarity card asks players to produce a My Little Pony toy they own, gaining protection from colours appearing on that toy, making multi-coloured pony Rainbow Dash even more overpowered than before. Finally, there’s Princess Twilight Sparkle, a card that automatically wins the game if the player controls the rest of the show’s “mane six”—Twilight, Fluttershy, Rarity, Rainbow Dash, Applejack, and Pinkie Pie. 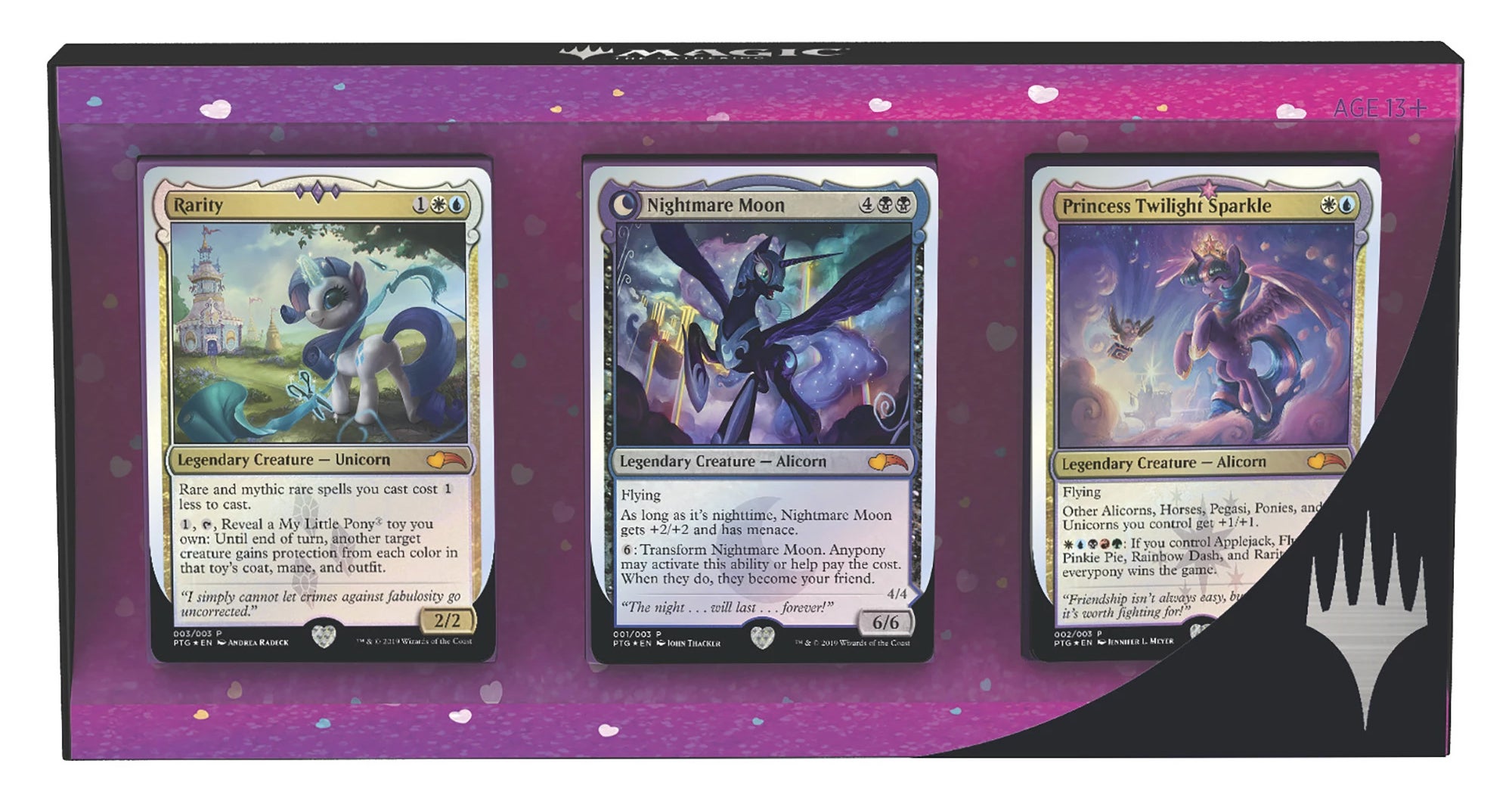 Ultra Pro’s Ponies: The Galloping playmat set runs $US100 ($146), with $US80 ($117) going to Extra Life. It’s a trio of 61cm wide, 36cm tall playmats featuring the art from the cards, including one double-sided Princess Luna/Nightmare Moon playmat. 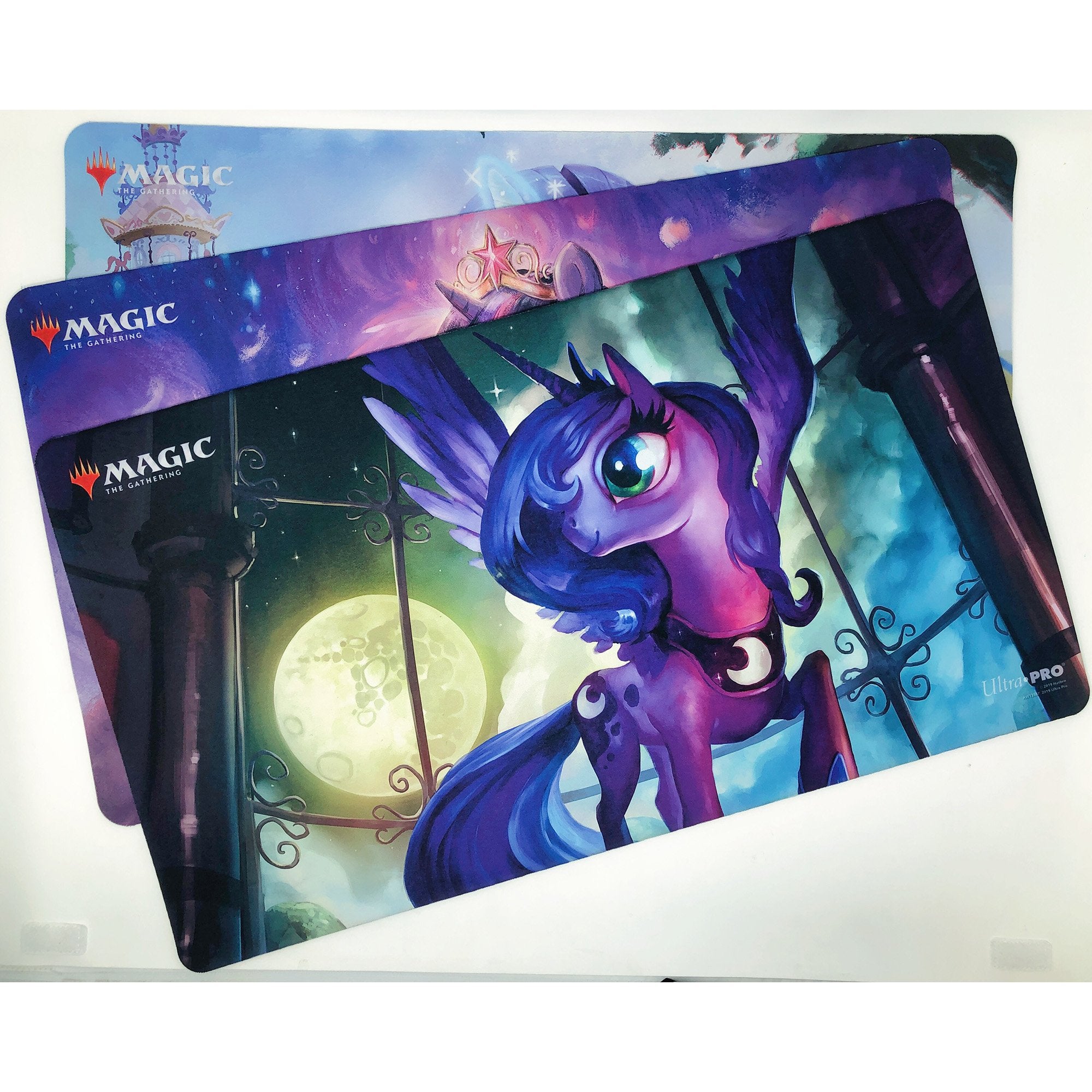 It’s nice to see Hasbro’s two most magical properties coming together to do some good.