Manifold Garden Is A Puzzle Game About Infinity, No Big Deal 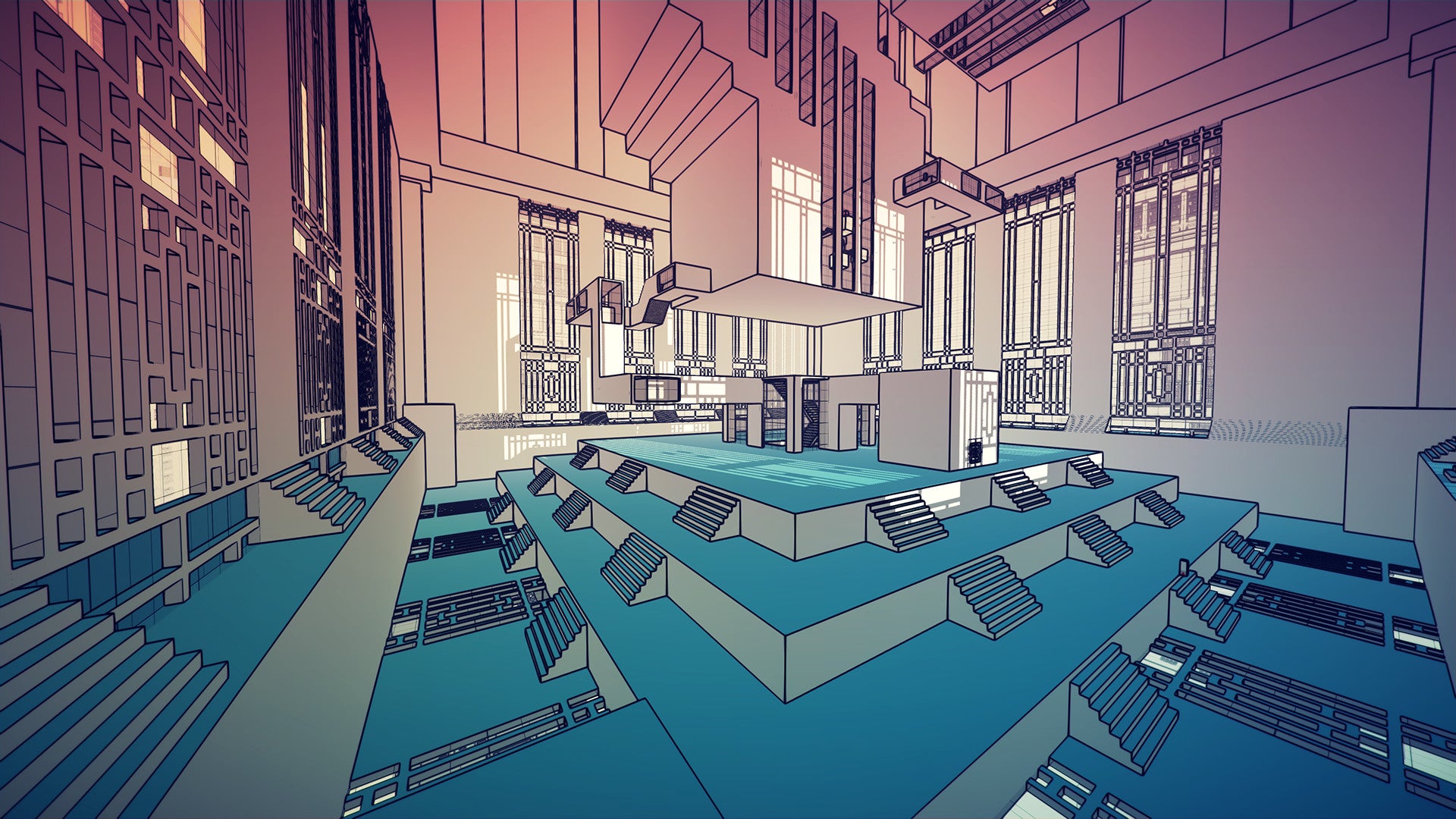 Video games are quite fond of the work of M.C. Escher—you’ll see his influence in the mundane labyrinths of Control, the disorienting symmetry of the stealth game Echo, or in the clever puzzles of games like Monument Valley and echochrome. You can now add Manifold Garden to that list. And, like those other games, it’s pretty damn great.

Out today on Apple Arcade and the Epic Games Store, Manifold Garden is a minimalist puzzle game played from a first-person perspective. You begin in a plain room, and after a spare tutorial teaches you the basics of movement, you’re set loose to wander through a mind-bending maze of stairs, corridors, and strange rooms full of machines made almost entirely of right angles.

Manifold Garden’s most disorienting trick is that you can flip gravity by hitting a button whenever you’re facing a flat surface. That surface is your floor now. It doesn’t take as long as you might think to wrap your head around, largely thanks to some clever design—while the rooms and corridors of Manifold Garden have a muted colour palette approaching monochrome, they actually have a colour assigned to them that you can’t see from afar but fades in as you get closer. So an off-white wall will move towards violet as you get closer and become full-on purple once you trigger your gravity flip and have its surface beneath you. It does a lot to keep you from losing your damn mind.

Like a lot of clever puzzle games, Manifold Garden teaches you how its world works through play. It’ll present you with coloured cubes for opening doors, and then in a later room show you a keyhole that you need to flip gravity to get to. But once you do that, you learn another rule: You can only pick up cubes when standing on a surface that matches their colour.

Manifold Garden’s simple, aesthetically pleasing design makes it soothing to play through, even if it is often dizzying. Its world is infinite; you are surrounded by countless copies of the structure you are navigating, suspended in an endless void. If you leap off the edge of a platform, you will fall forever, continually passing the ledge you jumped from until momentum carries you back to where you started. It’s a trip, man.

I like to think Escher was a game designer born too soon, fascinated with the strict rules of mathematics and how they can be followed into a maze of the nonsensical. That’s what games are, sometimes—bewildering towers erected from rigid code, somehow folding together to form a thing that seems to defy simple logic.

You should play Manifold Garden, but perhaps not on a smartphone. You can’t get a good look at infinity on a screen that small.