‘My Partner Pikachu’ Is A Cold Hard Plastic Pokénomaton, But I Still Love Him

My Partner Pikachu is not a soft stuffed animal. He is not warm nor is he snuggly. He is an electronic interactive toy. He is plastic, stuffed with circuits, batteries, LED lights and speakers, all held together with cold metal screws. He makes Pikachu noises while his arms and ears wave and his cheeks glow. He is essentially a four inch-tall Pokémon robot. There is nothing wrong with that.

My Partner Pikachu is a $30 plastic desktop robot from Wicked Cool Toys who likes to be touched. He has three touch sensors, in fact: one on his forehead, one on his nose, and one on his tummy-tum. Poking these spots in various sequences will elicit reactions from Pikachu.

His arms might wave, or his ears wiggle. He might give off a couple “pika-pikas” or an extended “pikachuuuuuu.” His tail might flash as the sound of electricity crackles out of his speakers. According to the package, there are more than 100 different reactions for Pikachu partners to discover. 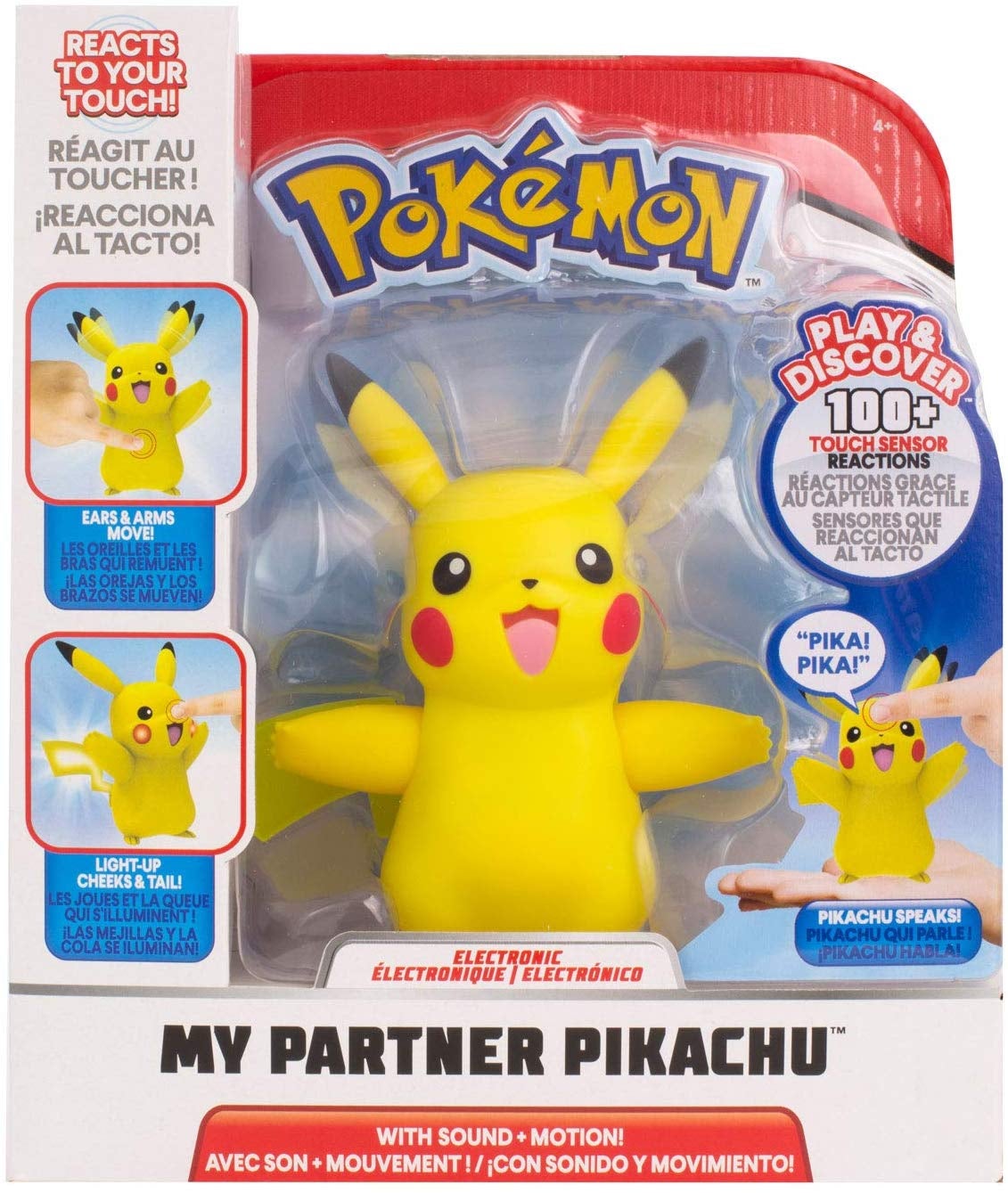 I have had My Partner Pikachu sitting on my desk for nearly two months now, and I am nowhere close to discovering 100 different reactions, let alone more than that. I reach out to him now and again while playing a game, watching a show, or even typing up this article about him. I’ll poke him in the stomach, head, or nose.

Then I’ll turn his power off and on, because he has a sleep function which automatically turns him off after a few minutes. I don’t always have time to experiment with different touch combinations.

Again, he’s not cuddly. Compared to my massive paws, he’s a tiny little thing. If I tried to sleep with him, he would die. He is not small spoon material. As his name says, he is a Partner — a business partner, as in “all-business.” That suits me just fine. At this stage in my life, a healthy professional relationship with a pocket monster is all I can muster. Yes, I said I loved him. I meant professionally. 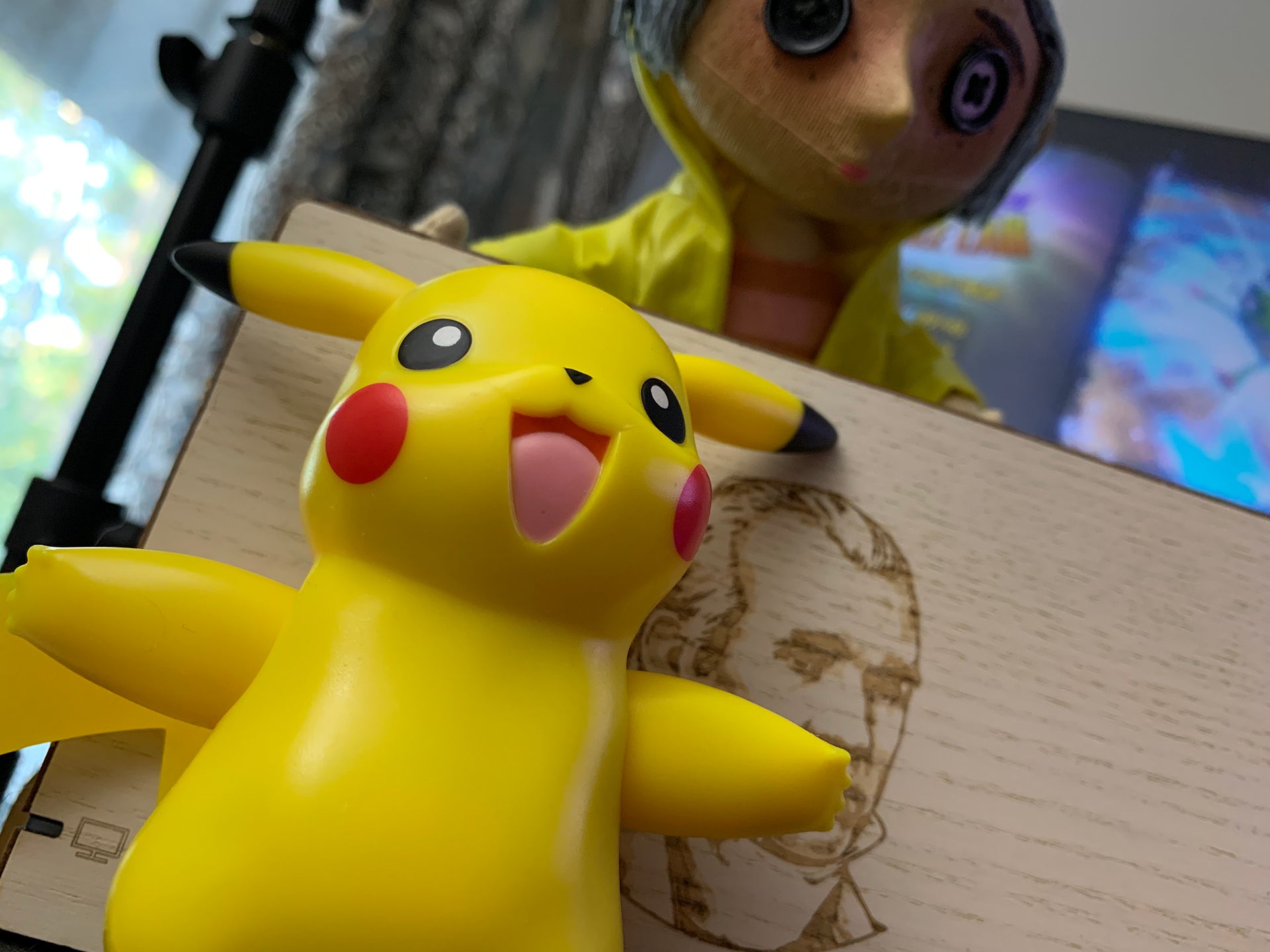 Young children will probably have more fun with My Partner Pikachu than I do. They will cuddle him, despite his pointy ears and tail. They will train him with the intensity of the boy in the “how-to” video I watched.

My My Partner Pikachu will stay on my desk in front of my tiny personal fan, guarding my chewing gum and desperately craving the taps and pokes I give him all too infrequently. Eventually he will fall on the floor and the dog will get him. I will remember him fondly. 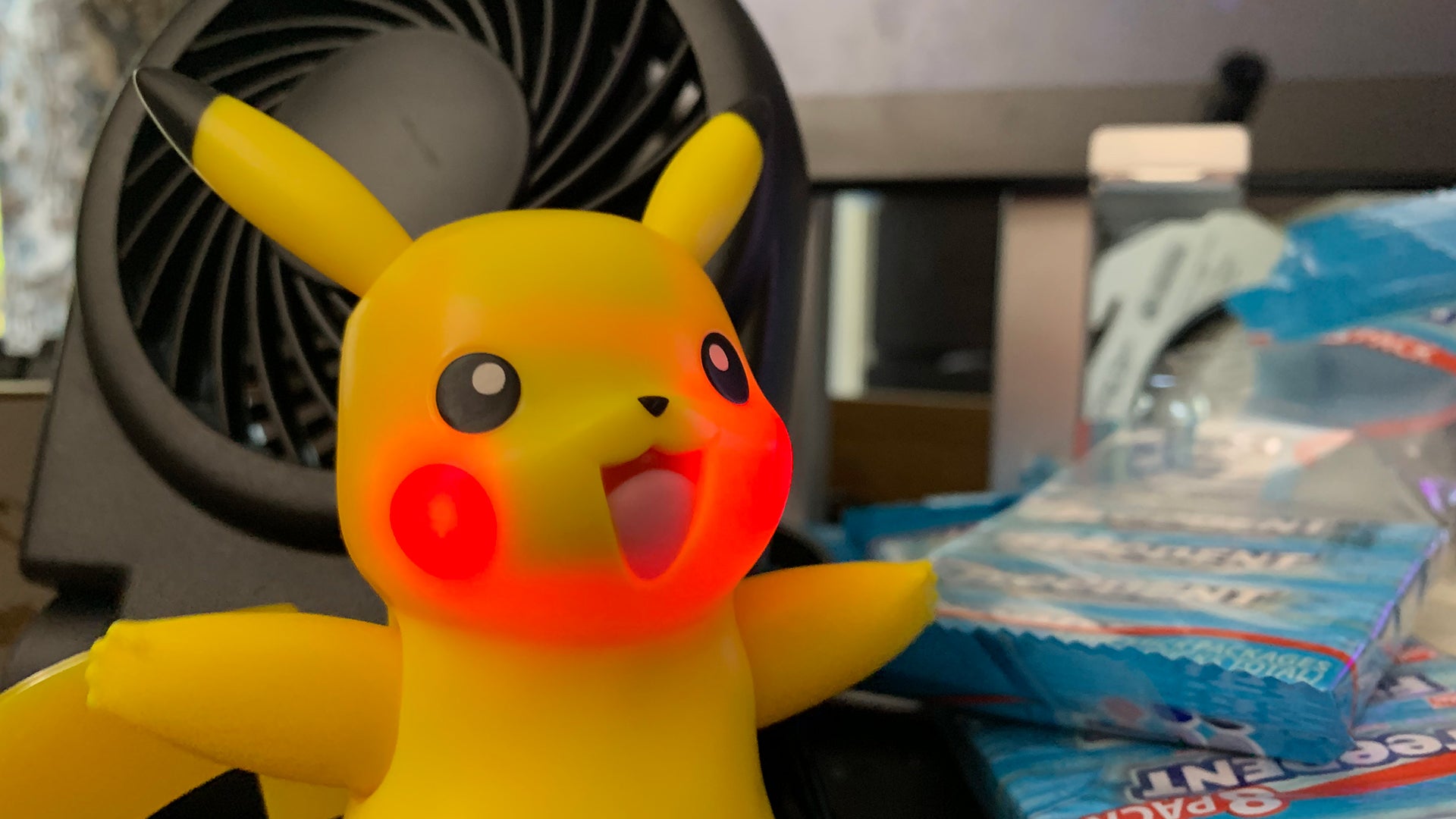