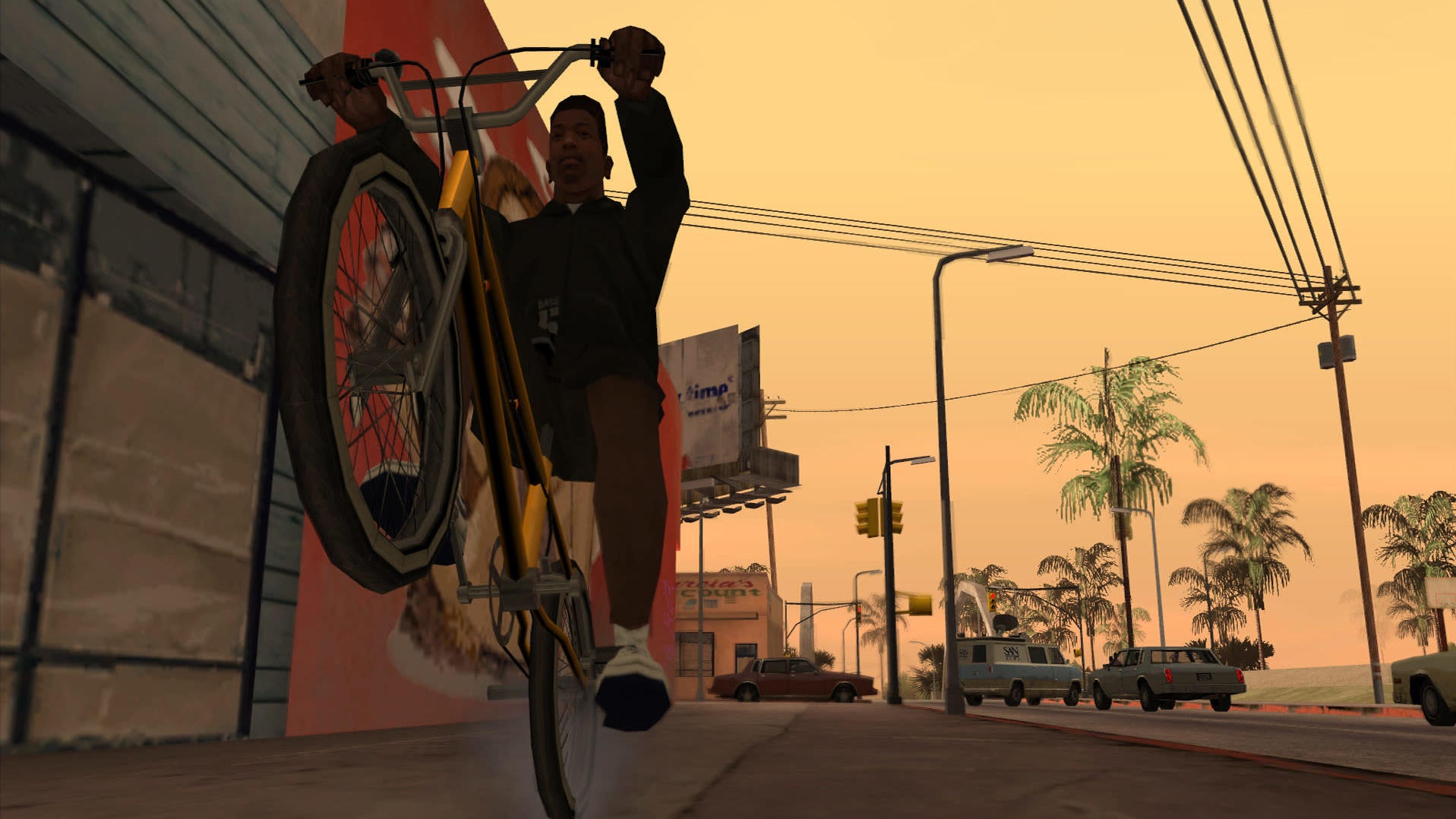 Grand Theft Auto games are huge, which makes speedrunning them a time-consuming proposition. A complicated new trick discovered for San Andreas has shortened a run that normally took almost four hours to under 30 minutes.

The new trick ” whose name, “Arbitrary Jump In Skip,” could honestly use some work ” is only doable on the Windows Store version of the game. It’s similar to a technique used by Grand Theft Auto: Vice City speedrunners, and it allows players to skip straight to San Andreas’ climax via several intricate steps.

According to details shared by current world record holder Powdinet over on Reddit, starting a vigilante side mission at a certain point during the early “Ryder” story mission makes San Andreas jump to a random line of script code that’s determined by how much time has elapsed since the game started.

Naturally, things must line up just right to pull this off, which can be a difficult feat in the living world of San Andreas. Can’t find a police motorcycle to start the vigilante mission within a strict time frame? Reset and try again. Can’t find a drug dealer to waste for an extra $2,000?

That changes some of the steps further down the line. At one point, the convoluted setup causes San Andreas protagonist Carl Johnson to lose the ability to enter vehicles. But time everything right, and it’s possible to make the game think you’re on the final segment of the final mission. From there all runners have to do is complete the story as normal.

Since this discovery was made public last Saturday, the fastest time in which folks have been able to complete San Andreas has been reduced dramatically. The enormous potential of this technique has caused the community to separate runs that utilise the Arbitrary Jump In Skip from those that don’t. The current world record without using this trick stands at 3:52:07, whereas Powdinet recently managed to beat San Andreas in just 25:52.

Over the years, speedrunners have been responsible for some of the games, and this San Andreas trick is just another example of their ingenuity. Expect to see a lot more runs of San Andreas pop up as folks try to push the time even lower.