Seven No Man’s Sky players came together to build an atmospheric location that they’re calling “Bermuda,” made up of a series of crashed intergalactic freighters. It’s a haunting reference to the Bermuda Triangle, the real-life location where many aircraft and ships have supposedly gone missing. It’s beautiful.

Crashed freighters are already a feature of No Man’s Sky, and using the Terrain Manipulator to unearth them will yield you special technology. After you unearth your first one, though, they’re nothing special to look at. When I see one, I’m reminded of a chore I have to do more than the wonder of a procedurally generated universe. This collection of bases puts an emphasis back on the aesthetics of the remains of a massive object that’s fallen from space.

Bermuda is four bases, built collaboratively by a team of seven people, depicting massive freighters that have crashed into the natural environment. According to one of the builders on the project, it’s made up of around fifteen thousand individual pieces. The level of detail and care that’s been put into this build is clear to see.

The crashed freighters all lay against the landscape, embedded into it, like they’ve been there for thousands of years, abandoned. They’re in various states of disrepair, with some more or less intact, and others in pieces, scattered throughout a mountain. Most impressive to me are the models of ships that are designed to look like they’re hauling off parts of these wrecks. 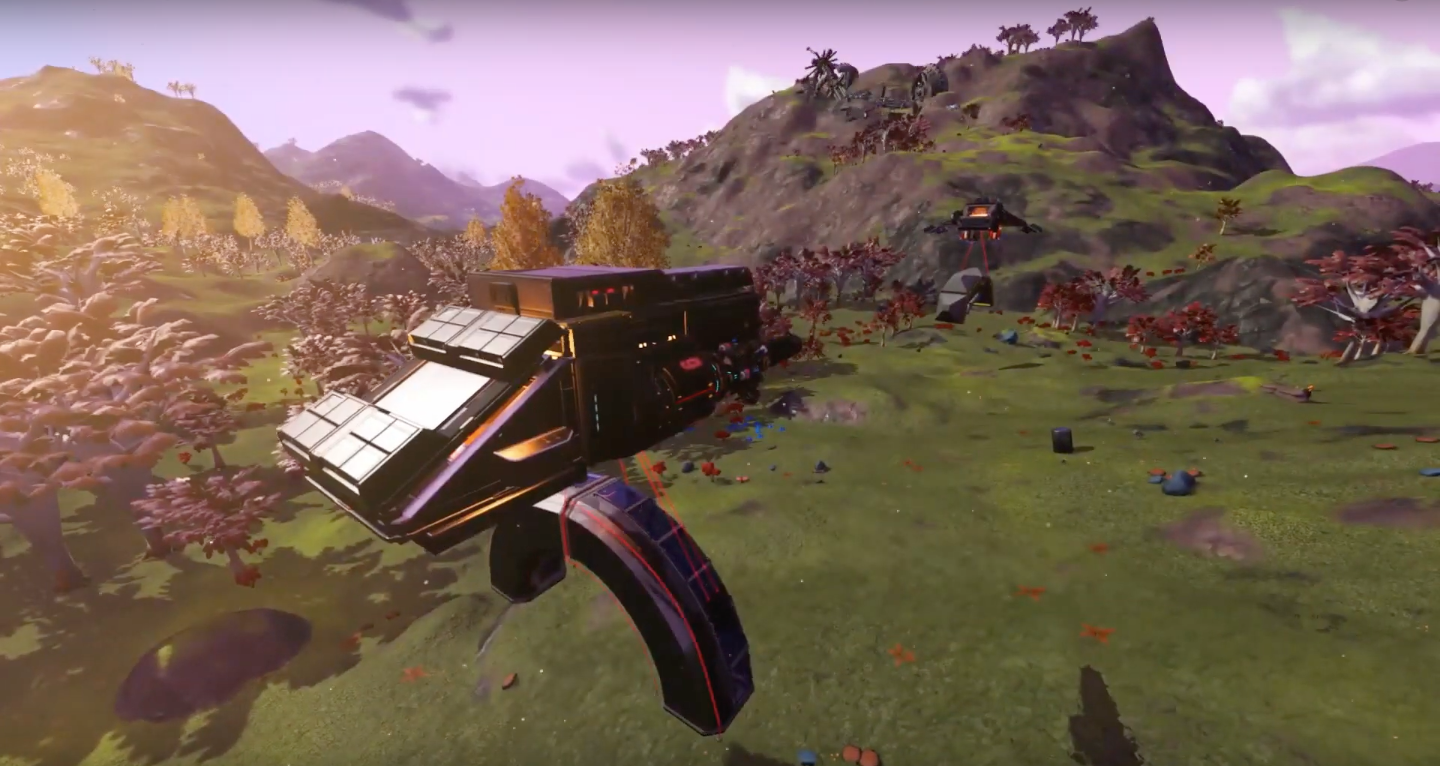 The video above from one of the builders, BoidGaming, includes the glyphs that will allow you to use a portal to visit the planet if you so desire. I might have to. Who knows what secrets lie in Bermuda?