Multiple groups are in the process of organising protests set to take place outside BlizzCon, the annual convention held by game developer Blizzard, in response to its suspension of a Hearthstone player for expressing support for Hong Kong during a live event. Digital rights non-profit organisation Fight For The Future launched a website and Discord to kick off its organising efforts, and a “ProtestBlizzCon” subreddit is gaining serious steam as well.

Take one look at the internet right now, and it’s pretty apparent that people aren’t happy with Blizzard. After it suspended Hearthstone pro Chung “Blitzchung” Ng Wai and stripped him of his prize winnings at the Asia-Pacific Grandmasters for wearing a mask and saying “Liberate Hong Kong. Revolution of our age,” fans and industry pros alike have been vocal about their disapproval of the move, which they see as Blizzard backing down in the face of Chinese economic pressure. This week, Blizzard partially reversed its decision, returning Blitzchung’s prize money and cutting his suspension down to six months. However, it still intends to forbid players from speaking about politics at its events.

BlizzCon is Blizzard’s annual fan convention dedicated to beloved game series like Warcraft, StarCraft, Diablo, Overwatch, and Hearthstone. Last year, it was attended by over 40,000 people, with hundreds of thousands more tuning in to panels and esports events online. It’s also a place where Blizzard developers to go to both make announcements and interact with fans. It is, in many ways, a focal point of Blizzard’s year. 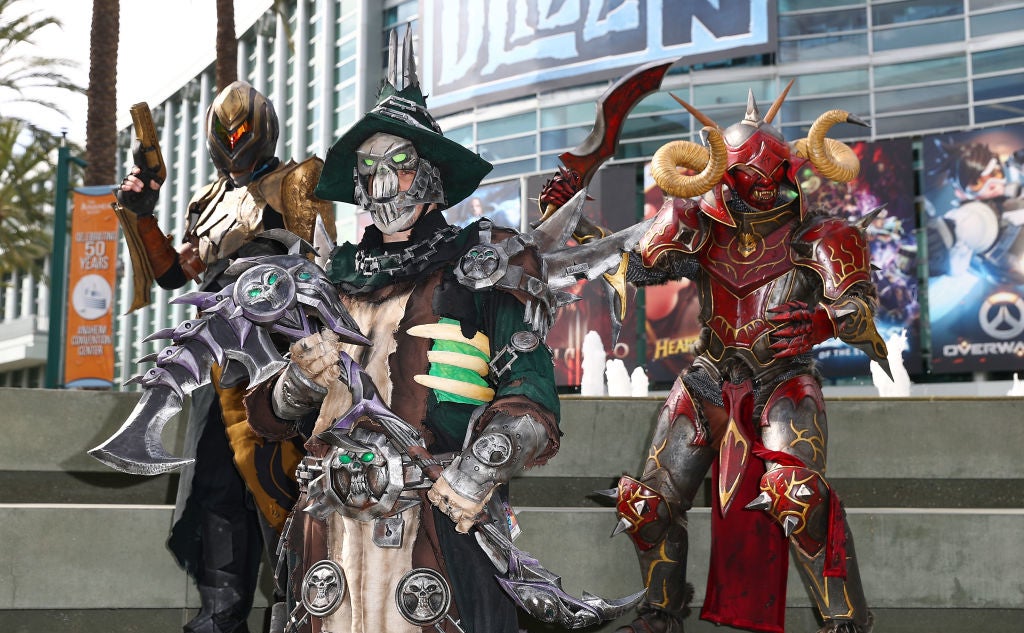 Fight For The Future’s protest will take place outside the Anaheim Convention Centre at noon on November 1, the first day of BlizzCon. The organisation is asking protesters to bring umbrellas as a sign of solidarity with protesters in Hong Kong—who’ve adopted umbrellas as a symbol—or to cosplay as their favourite Blizzard characters.

The digital rights group decided to take up the protest banner because its central priority is to build an internet “free of interference or censorship and with full privacy,” according to its website, and Blizzard’s actions this past week fly in the face of that goal. Plus, the organisation has its fair share of game-likers among its ranks, and they couldn’t just sit back and do nothing.

“We have a lot of gamers at Fight For The Future, so it was on our radar,” product director Dayton Young told Kotaku over the phone. “We’re passionate about digital rights, and we thought this was a very clear example of censorship that was very disturbing to all of us. So we wanted to promote it to people in our community and let everyone know this was taking place.”

“The heart of the matter is, they still censored a man and punished him for speaking out and abdicating for his own political freedom, and that’s what they’re continuing to do.”

Fight For The Future’s goal is twofold: to get developers and publishers to make a public commitment to supporting the rights of players, employees, and fans across the world, and to get Blizzard to fully reverse its decisions surrounding Blitzchung.

While Young believes that Blizzard’s statement and partial scaling back of Blitzchung’s punishment on Friday evening is a promising testament to the power of overwhelming public pressure, he doesn’t think Blizzard’s move solves the core issue, and the protest is currently set to proceed as planned.

“The heart of the matter is, they still censored a man and punished him for speaking out and abdicating for his own political freedom, and that’s what they’re continuing to do,” said Young. “They’re saying this because they don’t want to upset people, but I think people are already upset by their decisions… If Blizzard’s true goal is to ensure that every player always feels safe and welcome when competing in tournaments and playing Blizzard games, then Blizzard should let players, fans, and employees know that they can advocate for their own rights without fear of reprisal.” 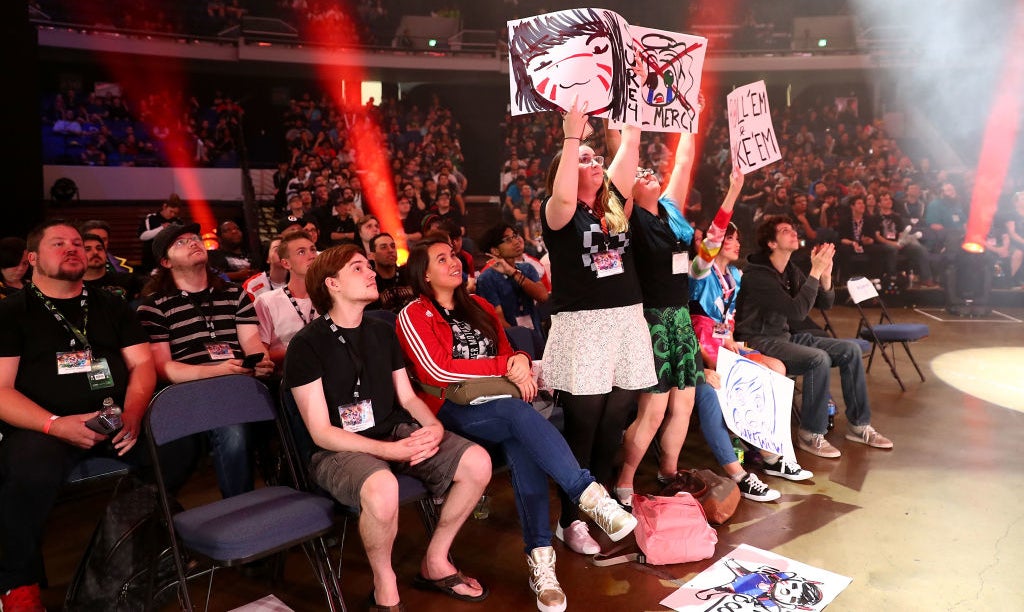 Although organising efforts only just began in earnest, Fight For The Future has already reached out to numerous subreddits and various other involved parties via Twitter and other platforms, Young said. He’s happy to work with other groups organising protests at BlizzCon, which will likely benefit them, seeing as Fight To The Future has helped organise digital and physical actions including the 2012 SOPA/PIPA internet blackout and physical protests against San Francisco-based company Salesforce’s support of ICE.

“I think hopefully we’ll be able to use that experience to help these gamers who are interested in getting their voices heard actually find a way to effectively protest,” said Young. “It’s fantastic for us to make tweets, it’s fantastic for us to make statements, but also putting something together, collaborating with each other, showing that we’re all together on this—I think that will be very successful in grabbing Blizzard’s attention.”

The two moderators of the ProtestBlizzCon subreddit come from a very different background. Neither of them have experience organising protests, but they felt like something needed to happen, and they were worried it wouldn’t otherwise.

“I didn’t feel like one would happen,” said one of the moderators, “TheStableBoy,” whose first name is Adrian. “For me it’s been a personal experience in a sense. Both my parents grew up in San Francisco and told me stories about times they went protesting,” he said in an email. “Honestly, I don’t feel like I’m the right person, but who does in most situations? I just want to make sure something at least happens, regardless of it’s just me alone standing outside. Basic human rights should be a given.”

The subreddit’s other moderator, Mel “Kazemel89″ Thomspon, had been watching things unfold in Hong Kong for months and didn’t like what they saw from U.S.-based companies like Apple, Google, and the NBA. For Thompson, Blizzard was the last straw.

“What is happening are horrible human rights violations and suppression,” Thompson told Kotaku in an email. “When Blizzard, whose games and mottos support heroes and freedom, and [who] has stated on their company grounds [that] every voice matters, took away Blitzchung for simply saying he supports Hong Kong as the revolution of our times, I was shocked… He never used any foul or extreme language about China. It shows how companies are willing to say they support diversity and heroes until it doesn’t pay.” 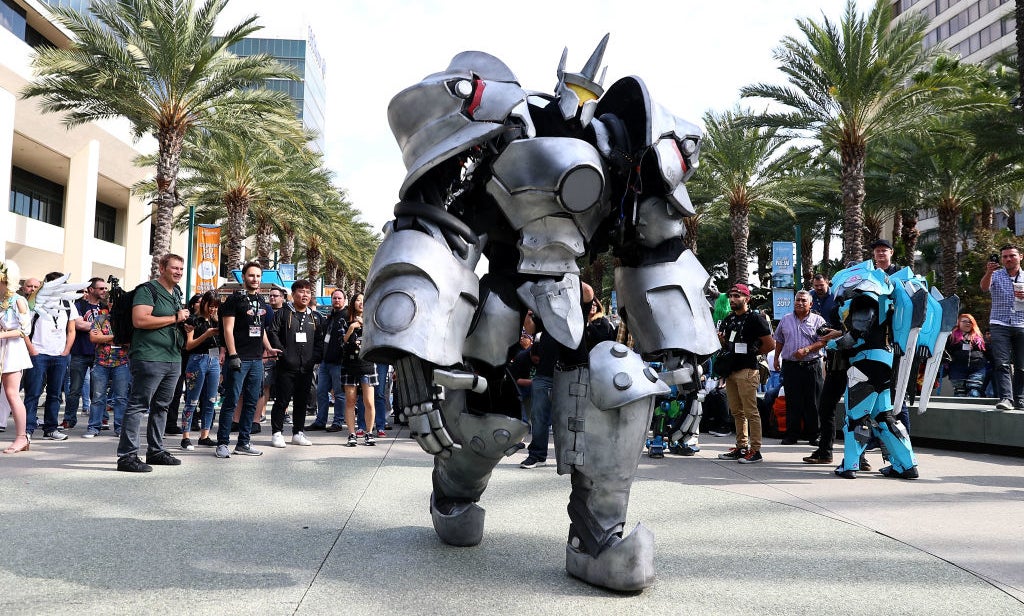 Already, the subreddit is awash with sternly worded condemnations of Blizzard and the Chinese government, as well as creative protest ideas. Adrian and Thompson are planning to adopt some of those, many centering around the Overwatch character Mei, who has become a symbol of resistance in Hong Kong. Thompson said the protest will likely feature “shirts, banners, and flyers that have memes, images, and art of Overwatch’s Mei supporting Hong Kong.”

“We have one Mei cosplayer we are trying to support and get to BlizzCon to protest Blizzard and support Hong Kong outside the Anaheim Convention Centre,” he said. “We are looking into ideas on how to donate or fund her into getting there.”

Adrian and Thompson are aware, though, of how zealous some video game fans can get (and allegedly already have gotten, in this case) when it comes to companies making moves they’re ardently opposed to. They do not want their subreddit or the ensuing protest to devolve into a movement of hate, harassment, or racism.

“We also don’t want this to become a subreddit of hate against Chinese people; lots of mainland Chinese suffer under the CCP government.”

“We want to ensure it’s on point and polite, because not everyone knows yet or doesn’t have all the facts on the situation, and lots of misinformation is out there,” said Thompson. “We also don’t want this to become a subreddit of hate against Chinese people; lots of mainland Chinese suffer under the CCP government, such as Uighur Muslims who have lost their rights because of their religion… So far this subreddit hasn’t become extremist, and I’m glad that most people who have joined support protesting Blizzard in legal and well thought-out plans to gain awareness.”

Fight For The Future’s Young said that his organisation, too, will do everything it can to “discourage” poor behaviour during BlizzCon protests. The staff of the Anaheim Convention Centre have also been paying attention to these nascent organising efforts, and they believe they’re prepared to facilitate both the convention and nearby protests.

“As a major visitor city, we have significant experience hosting high-profile events,” a spokesman for the convention centre told Kotaku in an email. “The Anaheim Convention Centre works closely with event organisers and the Anaheim Police Department to ensure a safe experience for both attendees and those who may want to peacefully express themselves.” 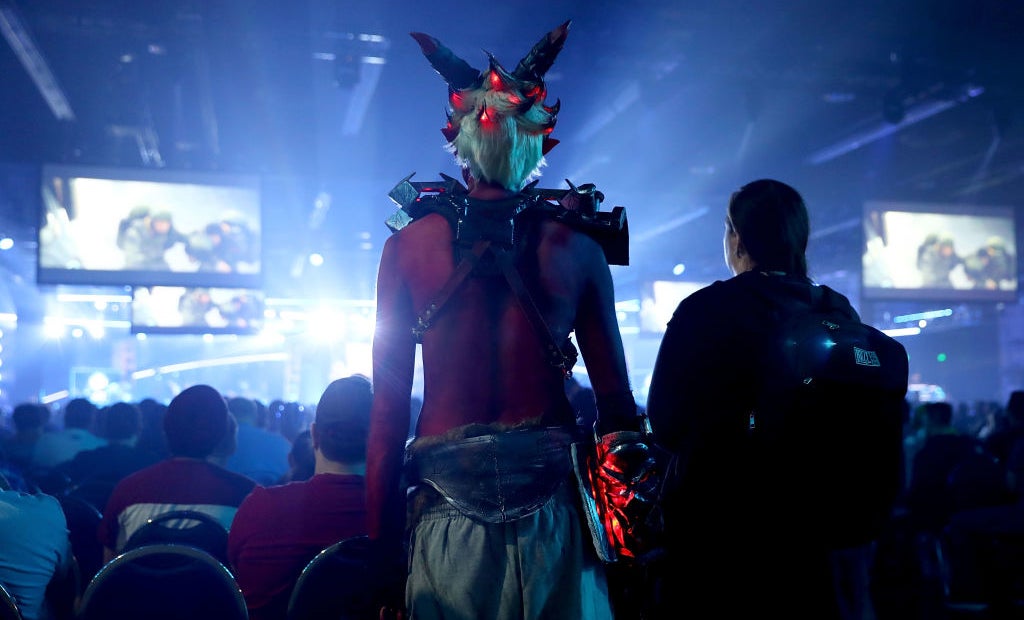 More than anything, Adrian wants “a peaceful protest” that raises awareness of the recent actions of both Blizzard and other companies that have similarly turned a blind eye to China’s handling of Hong Kong. Despite the number of people who’ve already rallied to their cause, though, they aren’t certain there’ll be much of a turnout when the time comes.

“I say that because the Area 51 [event] had about two million people, and it turned out to be 100-ish?” Adrian said. “I know people joined the sub for the memes and shitposts, but me personally, I hope for it to at least inform others of what’s been happening.”

“Many have posted of already deleting their Blizzard accounts to show their protest and that they support Hong Kong,” Thompson said. “So hopefully in the coming days, as more people become aware, we can have enough members to have a big enough protest to make a change.”

“We’ve seen this wave over the past couple days of people making games, people doing cosplay, people making their own parody Hearthstone cards,” said Young. “It’s great to see people exercising their freedom of expression. It’s very important for them to do that. Activision-Blizzard and other game companies need to know that this isn’t going to just go away.”