Ranking Every Plant In Plants Vs. Zombies: Battle For Neighborville Based On Tastiness

Plants Vs Zombies: Battle For Neighborville is filled with zombies and plants, as the name suggests. They fight each other for control of the world. Plants wanting to protect humans and zombies wanting to eat humans and their brains. Speaking of eating…

I appreciate everything the plants have done for us humans, protecting us from deadly zombies and various zombie built machines. Very thankful. But I’m also a human and I need to eat and many of these plants are edible. So I decided to rank each plant featured in Battle For Neighborville according to how tasty they are and if they are even edible at all.

I’m not raking the zombies because they aren’t edible. I mean, I wouldn’t eat a zombie. Would you? (I hope not.) 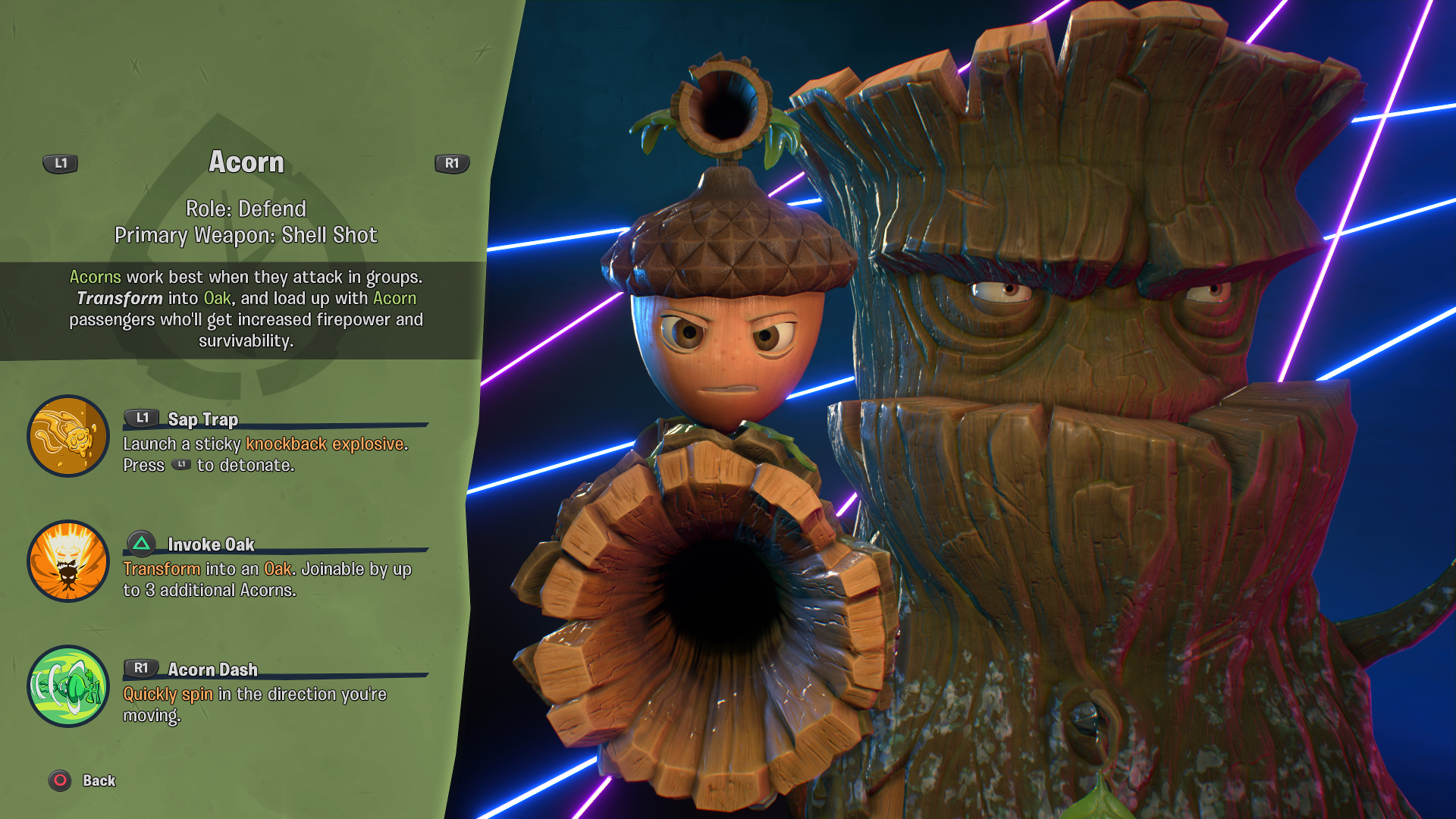 According to some quick research, acorns are not safe to eat raw. However, you can eat them if you prepare them properly. But I’ve never eaten an acorn. Maybe they taste great? There is one guy who is trying to make acorns popular and someone else has created acorn crackers. They don’t look very tasty.

The real reason Oak & Acorn are at number 10 on this list is because of the big oak tree. Players can switch between either during gameplay. Oak looks cool and is use useful in combat, but I wouldn’t eat him. I doubt bark tastes very good. You could burn him and cook something on the flame, but beyond that, I don’t think the oak tree belongs in cooking. Chomper is a fast-moving plant that can burrow underground and attack zombies from below like a shark. Chompers seems inspired by a Venus Fly Trap. So can you eat a Venus Fly Trap? Probably. Should you? No. You shouldn’t. For one thing, they are endangered and might go extinct in the future. For another thing, according to someone on Quora, if you eat one it will grow inside you. Is that person just joking? Maybe… but do you want to risk it? Snapdragons are a real plant, though they don’t have dragon heads attached to them like in the game. They also don’t breathe fire. Honestly, it seems like PVZ developers PopCap needs to do more research. As for edibility, Snapdragons are edible flowers. But according to the internet, they aren’t very tasty compared to other edible flowers. But they also won’t poison you, so that’s a point in its favour. I had to ask for some help making this list. As has been documented on this very site, I’m not the healthiest eater in the world. So I consulted my girlfriend and her experience eating stuff like roses! I didn’t know people eat roses, but she has had roses in tea and liked the taste. I like tea, maybe I’ll add some rosebuds to it next time. In PVZ:BFN, Sunflowers are healers that provide plants with bits of the sun to help them stay alive during combat. Sunflower seeds are tasty and definitely edible, but I was surprised to learn that sunflowers are completely edible. Not just the seeds. Every part of a sunflower can be eaten and according to the internet, they taste nice as well. The cactus is one of my favourite plants to play as in PVZ:BFN. They are a fast-moving sniper with a very useful onion drone. (This is a weird game.) But in real life, I didn’t love the taste of cactus. But I didn’t hate it either. Furthermore, cactus seems really healthy and can potentially lower your cholesterol. Thanks, cactus! Not only are you a powerful sniper who protects humans, but when you die and get eaten by those humans, you help them fight cholesterol. What a hero! 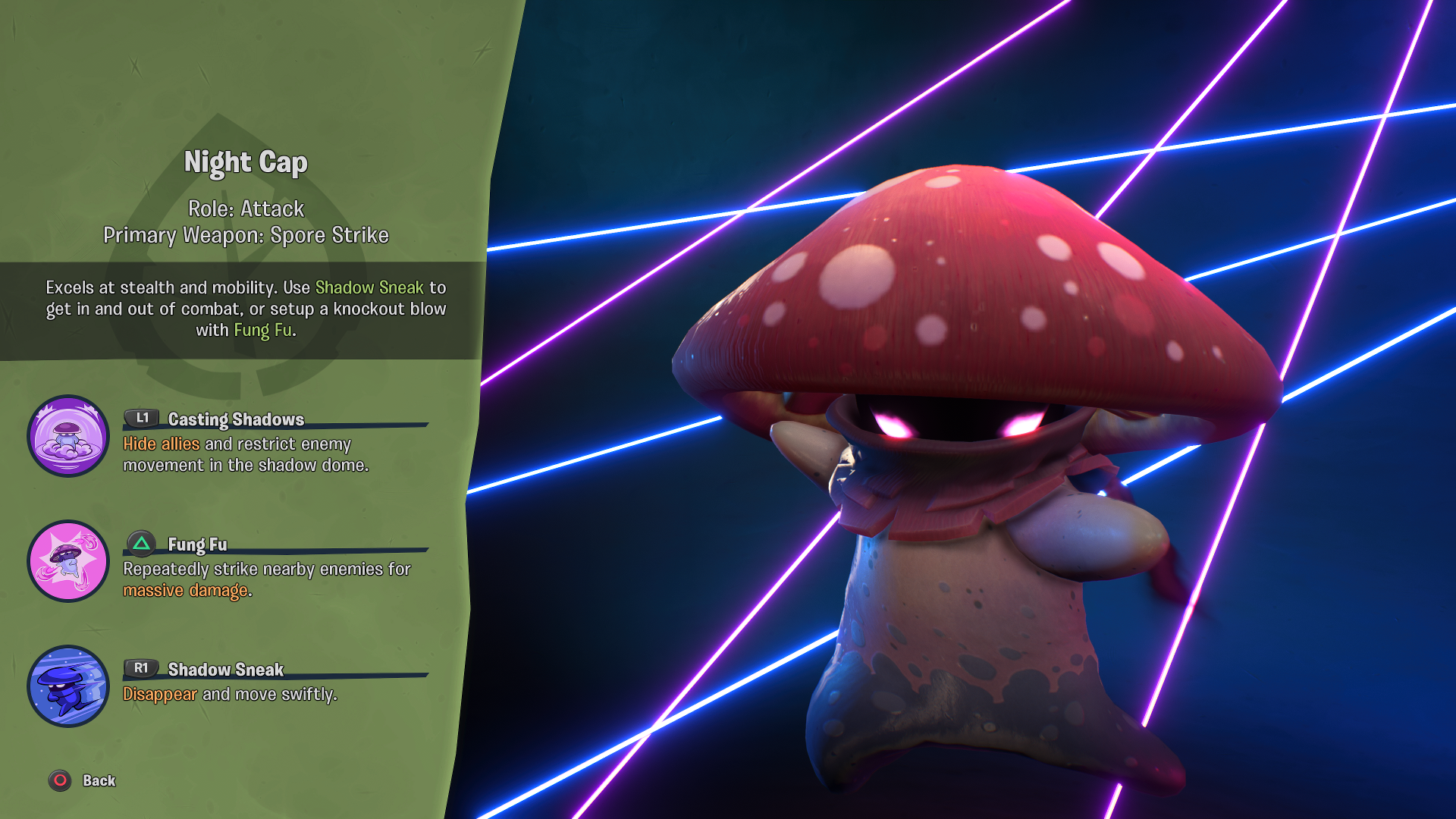 Night Cap might be one of the coolest plants in the new PVZ game. I never expected a mushroom to translate so perfectly into a fast-moving and stealthy ninja, but there you go. Loads of people eat mushrooms and depending on how they are cooked, I can enjoy some mushrooms too. However, I have no idea what kind of mushroom Night Cap is and so they might not be safe to eat. Considering in the game Night Cap can throw mysterious bubbles made out strange spores, I might skip eating it. Peas are totally fine. Maybe this is controversial to say, but I don’t think peas are great. I’ll eat them, sure, but I’m not excited about peas. In a soup or part of a big meal, I’ll chow down on some peas. But alone, I’ll probably pass on peas. The Peashooter itself is technically edible, but according to my research would probably be too tough and stringy to enjoy. I grew up in Florida and developed a taste for Oranges back when I was very young. Orange juice is wonderful and one of my favourite drinks to have in the morning. So it should come as no surprise that Citron, a giant orange, makes it so high up on my list of edible PVZ plants. Oranges are super tasty and also can provide extra flavour to different deserts and meals. None of my oranges ever shoot lasers, but maybe I’m just not buying the right oranges. Corn is good. Not a controversial opinion, I know. But corn is easily my favourite food on this list. It can be popped, creamed, cooked on a cob, frozen, made into bread or puffed. Plus Kernel Corn in the game is a great attacker who I use a lot. And let’s be honest, that name is great and worth some bonus points.