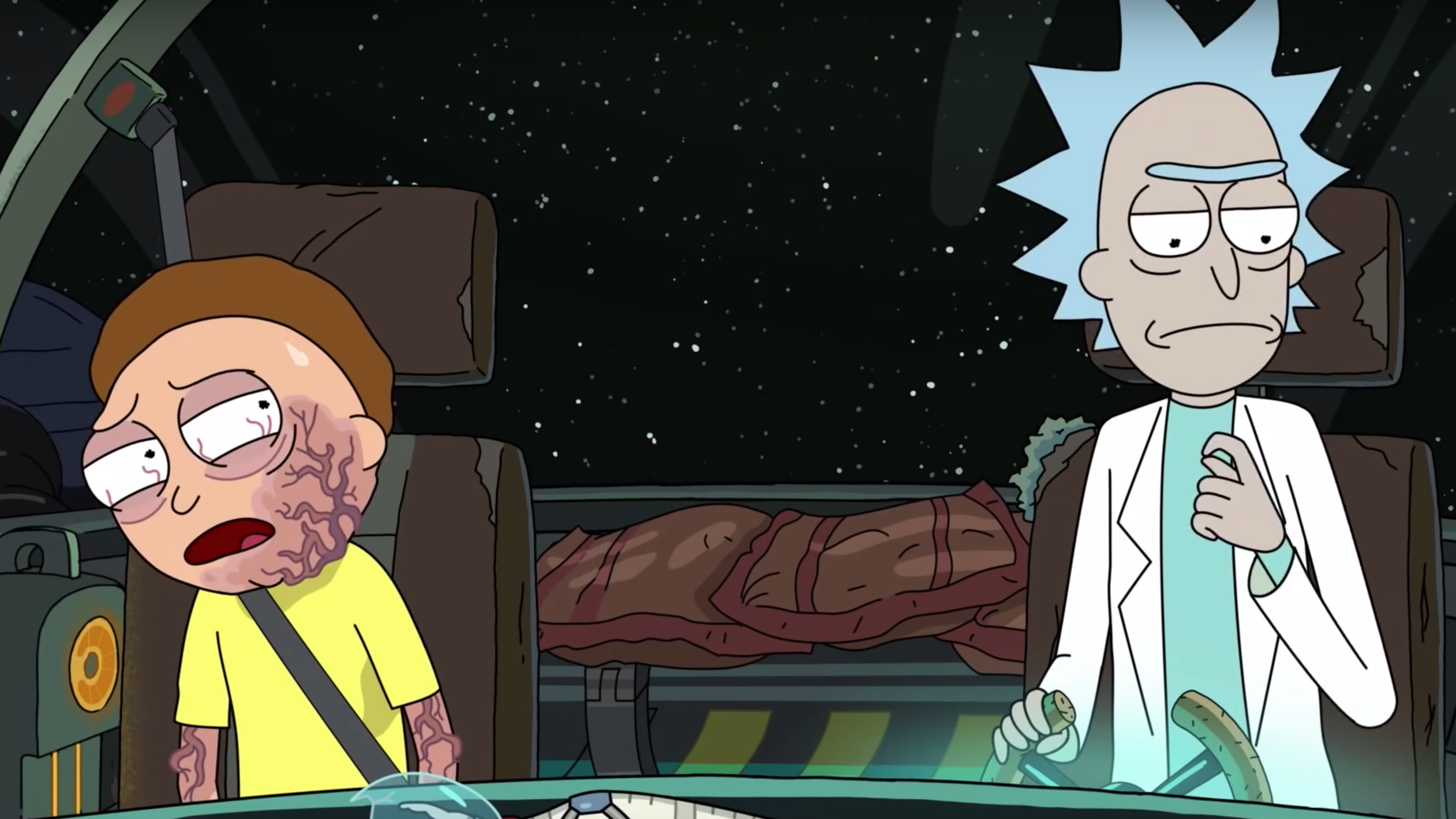 Yup totally normal day for these folks. (Image: Adult Swim, <a href="https://www.youtube.com/watch?v=Rw6BrzB1drs">YouTube</a>)
To sign up for our daily newsletter covering the latest news, features and reviews, head HERE. For a running feed of all our stories, follow us on Twitter HERE. Or you can bookmark the Kotaku Australia homepage to visit whenever you need a news fix.

Horrible diseases, magic lab coats and a bit with a fiery dragon. All in a day’s “work” for Rick and Morty.

Adult Swim dropped a new trailer for the long-awaited fourth season, which has been divided into two parts — with the first five episodes coming sooner than you might think.

Rick and Morty finally returns with the first half of season four on November 11, after a two-year gap between seasons. It’s been a long and hard road getting where we are now, but based on this trailer it was definitely worth it.

Rick and Morty and back in full swing, fully embracing their chaotic, inter-dimensional lives… with Morty enlisting Rick to help him fill his “Morty Adventure Card.”

After everything Morty has been through over the past few seasons — and how often he and others in Rick’s sphere have grown tired of his crap — I’m surprised he’s diving even deeper into danger instead of cooling off a bit. But if most of the season was spent with Morty chilling on a couch watching TV while Rick popped in to say he bumped into some cool aliens, it wouldn’t be much of a show now would it?

Rick and Morty returns with five episodes on November 11, presumably with the other five coming out sometime in 2020. The show’s been guaranteed a whopping 70 episodes to conclude its story, so there’s way way way more in store before their journey comes to an end.