Someone Beat Minecraft Without Mining Any Blocks

Minecraft is a game where you sometimes mine stuff and sometimes craft stuff. But one player decided to skip the whole mining bit of Minecraft and decided to beat the game without ever mining a single block. This isn’t easy and involves a lot of scavenging, some expert bucket skills, some luck and a lot of patience.

First spotted by PC Gamer, Reddit user SpikyHedGey posted a video on the Minecraft subreddit on October 4 showcasing a highlight reel of everything they did to beat the game without mining. The impressive accomplishment was a huge hit with Minecraft players on Reddit, racking up over 11k upvotes already.

A lot of the run early on is spent visiting villages, pyramids, and other special locations. Each of these areas could have useful items and materials for SpikyHedGuy, like armour, food, and buckets. (The buckets are very important.) The keyword here is “could.” These areas, which spawn randomly in the world, aren’t guaranteed to provide any useful items. So a lot of searching was needed.

Once they had some basic supplies they then began digging into the world and getting into hidden temples. This involved a few different methods. Luring Creepers, enemies who explode when they get close to the player, was one common method. It is dangerous and a bit hard to control. Crafting TNT with materials from dead Creepers allowed SpikyHedGuy to place explosives where they needed. But supplies were limited and breaking blocks with TNT isn’t as precise as using a pickaxe.

Both of these methods can destroy materials and items in the process, so less mining and more controlled exploding.

SpikyHedGuy then used a bucket and lava to create obsidian blocks in a specific pattern which activated a portal to the Nether. This is a very important step if you want to beat the game. SpikyHedGuy needed to farm some Blaze Rods to create Ender Eyes, which are needed to open the final portal to the last area of Minecraft, The End. 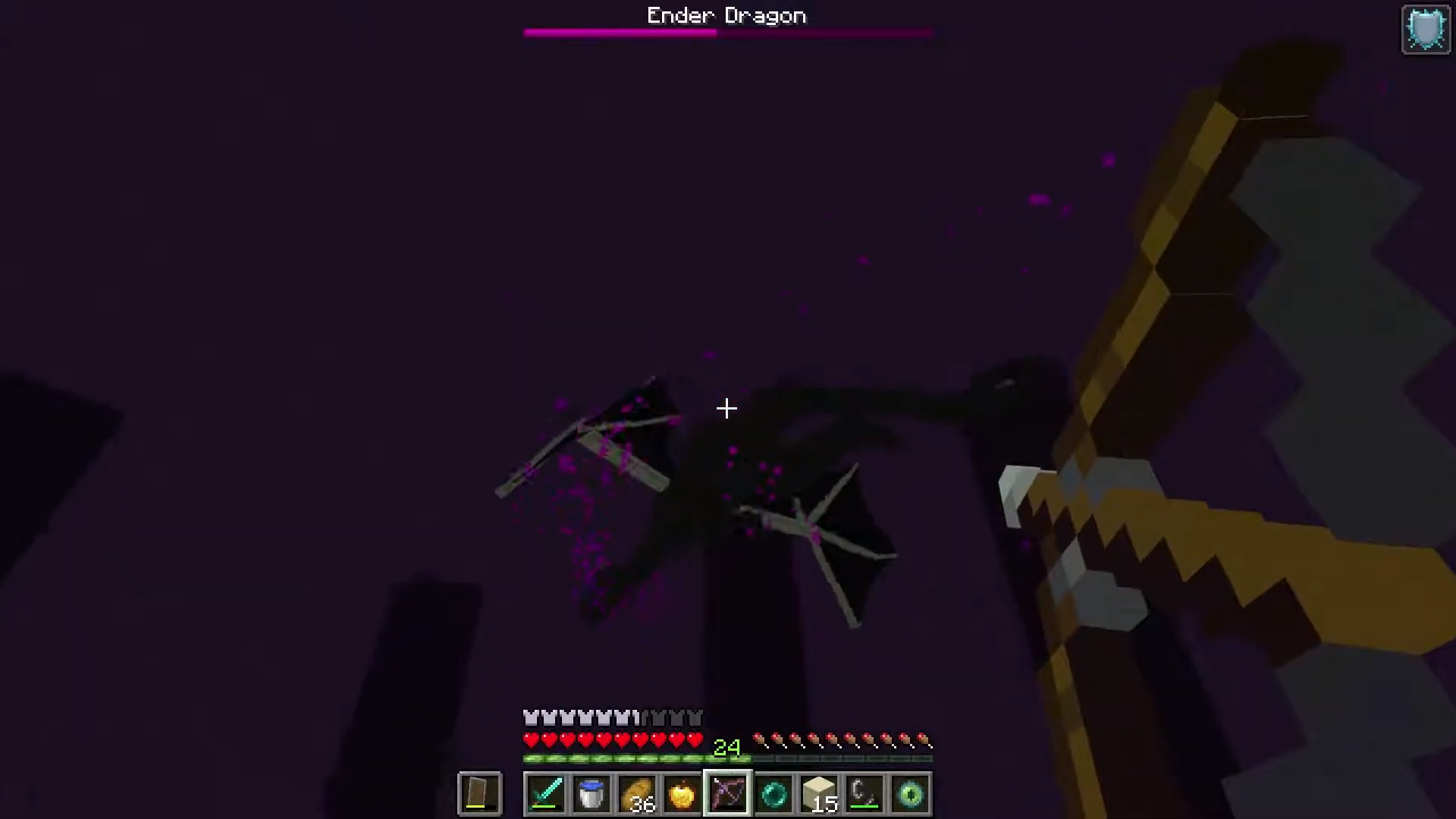 Once there, SpikyHedGuy fought the big dragon boss and using some scavenged food, armour, weapons and even the bucket, they were able to defeat the end boss and beat Minecraft.

I’ve never even beat Minecraft, let alone beat it without mining. A lot of things could have gone wrong during this run, including not finding nearby villages, spawning inside blocks in The End area or various other setbacks. So some luck was needed to pull off this impressive Minecraft run.