Spider-Man Noir Lives, And Is Heading To London, For His Brand New Comic Series

Back when the moviegoing world was introduced to a Nic Cage-voiced, Nazi-punchin’, Rubik’s-cube-enchanted Spider-Man Noir in Spider-Man: Into the Spider-Verse, Marvel Comics had the grand idea to kill the character off as part of Spidergeddon. Well, good news! The Peter Parker of Earth-90214 is coming back, and getting his own series to boot.

Announced today by the official Marvel site, Spider-Man Noir will be a five-issue limited series penned by The Life of Captain Marvel’s Margaret Stohl, with art from Juan Ferreyra. Picking up from the events of Spider-Verse #5, set to release in February of 2020, Spider-Man Noir will be resurrected from his death at the hands of the Inheritors and back in his 1930s world, taking on the criminal underworld of New York.

But the shadow-touched alleyways of NYC aren’t the only locale Noir will traverse in his new book—a new threat and a mysterious femme fatale will send Peter on a globe-trotting case that sees him leave the city that never sleeps behind for a while, heading first to London and then all over the world. 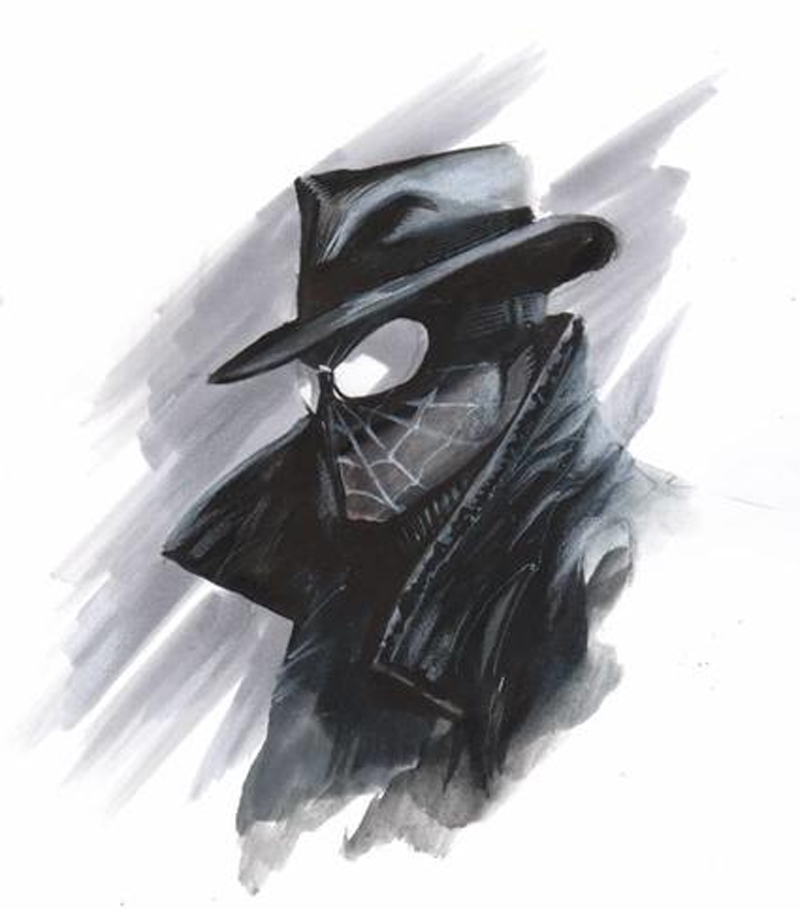 It’s a smart move for Marvel to be shining a spotlight back on the other heroes of Into the Spider-Verse like they already are with Spider-Ham, even if it feels a little bit late to the game at this point. Hey, if it means that at some point we’re going to get more Peni Parker stories outside of team-up books, I’ll take it!