Terminator: Dark Fate’s Post-Judgment Day Future Is Female, And We’re Here For It 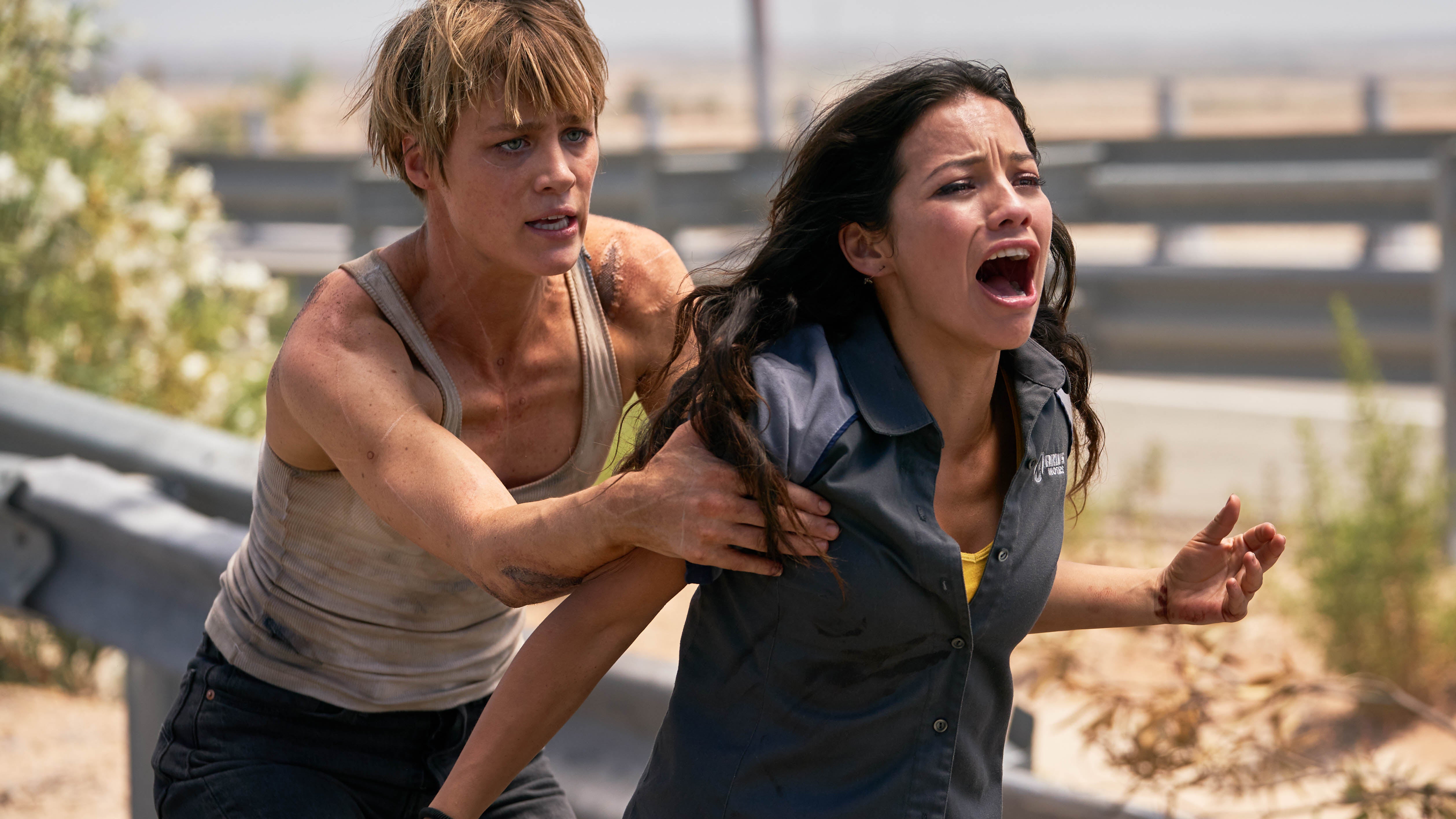 Terminator: Dark Fate is an engaging story about three, tremendously powerful women. That’s it. That’s the review. (OK, not really…)


Created by James Cameron and Gale Anne Hurd, the Terminator franchise is probably one of the most familiar to audiences outside of comic book properties, Star Wars and The Lord of the Rings. But the series has been a mixed, mostly terrible bag for the last several years — with the exception of the underappreciated Terminator: The Sarah Connor Chronicles television series.

Thankfully, Dark Fate allows us all to forget Terminator 3: Rise of the Machines (2003), Terminator Salvation (2009), and Terminator Genisys (2015) and forge ahead to a more hopeful future.

We pick up almost 30 years after Sarah Connor, her son John, and the protective T-800 thought they had adverted “Judgment Day” for good. Sarah is back, even more hardened than the last time we met her, and so are the Terminators. Gone are the days of those in charge forgetting this franchise was always a woman’s story. Now they’ve added two more women for good measure and it makes for a complex tale about our purpose in the world and what to do when that purpose comes to an end.

Much like T2 was very much a product of the ‘90s, Dark Fate is a movie of the now. For a film dealing in time travel and advanced robotics, the story will likely surprise with some ever-present current issues in our society — automation (read: robots) taking jobs from humans and immigration.

I did not expect a David S. Goyer script to go there (he shares screenwriting credits with Justin Rhodes and Billy Ray). While the film doesn’t go too deep beneath the surface on the topic of immigration, it does centre on a Latinx woman from Mexico named Dani Ramos (Natalia Reyes) — our new “Sarah Connor,” if you will — and since the story takes her to the United States, it would be extremely odd for them to have ignored it. The approach is not as thoughtful as it should be considering current events but there are some pretty significant moments that will surely hit home for a lot of viewers.

Reyes and Mackenzie Davis (Halt and Catch Fire, Black Mirror) share equal duty as newcomers to the franchise with vital roles to play. Reyes is a welcome sight to the very white action genre and the story allows Dani to be a complicated female character, far from stereotypical. She even gets to speak Spanish for a good chunk of the film. Shockingly, Davis gets to play an altogether different kind of complicated female character, one a certain segment of men will inevitably find fault in. Her performance and physicality in the role should have Hollywood knocking down her door even more than they are already.

And then, of course, there’s Linda Hamilton, resplendent as a returning Sarah Connor, the once-innocent waitress turned living weapon. It’s not often we’re allowed to see older women actually appear old on-screen but Dark Fate presents her with all the marks you’d expect of a woman who’s spent more than half her life in a fight against killing machines. After 28 years away from the character, Hamilton brings the strength, vulnerability, and badassness you expect from Sarah and then some.

Oddly enough, it almost felt like Arnold Schwarzenegger could have been left out of this film entirely. His initial appearance had me wishing they’d let him do less, not more, though the story does allow for some genuinely great acting moments for the man who just can’t get enough of his most famous role.

Also on the metal side, Diego Luna’s Rev-9 Terminator is a reasonably alarming foe considering this model can split into two whenever it feels like it. He is, of course, a man of few words, but the few he does speak carry the appropriate weight. You may recall Edward Furlong’s return was hyped at San Diego Comic-Con this summer though the actor went on to note it was a “small role.” You should listen to him.

While Tim Miller made a huge splash with Deadpool in 2016, he didn’t have any other big-screen director credits to his name until now. You couldn’t tell to look at it though as Dark Fate is a cohesive, if a slightly overlong story with dynamic action pieces and inventive fight sequences. They are all extremely high-octane and will leave you gripping your seat.

Oddly, the downside for a film in this specific series is how the story covers Terminators still existing after the events of T2. Much like the first film, it feels like some deeper explanations are on tap for a potential sequel but it did come off feeling open-ended.

Outside of that, the biggest issue in the film is that the CGI is a mixed bag — which is odd when you remember Miller got his start in visual effects. A few of the visuals (they’re right up front, you can’t miss them) are some of the best I’ve seen, while others stick out like a sore thumb (regardless of how far we’ve come, artists still can’t seem to nail a full-body human in unrealistic motion). When you compare it to the effects from T2, which still stand up today, it just nags at the back of your brain a bit. The same goes for the score by Junkie XL. It borrows sparingly from the classic sounds of Brad Fiedel but does little to step out on its own or leave any lasting impression.

Dark Fate will undoubtedly get some negative comparisons to titles like Star Wars: The Force Awakens for towing a bit too close to the nostalgia line but one of the more interesting things it borrows from it (aside from some cute winks to camera) is something becoming more prevalent in storytelling as a whole today: reminding us all we’re important. After all, being a hero isn’t one size fits all.

Terminator and Terminator 2: Judgment Day (one of my favourite films…and I expect a lot of people can say the same) still stand as a near-perfect story paring. Their stories certainly never needed to be continued but, as this is Hollywood and the franchise wheels are ever-turning, if they had to move forward, Dark Fate is finally the followup they deserve.