Avatar: The Last Airbender has been back in the news lately, so let's go back and have a look at some of the highlights from one of the best animated series ever made. 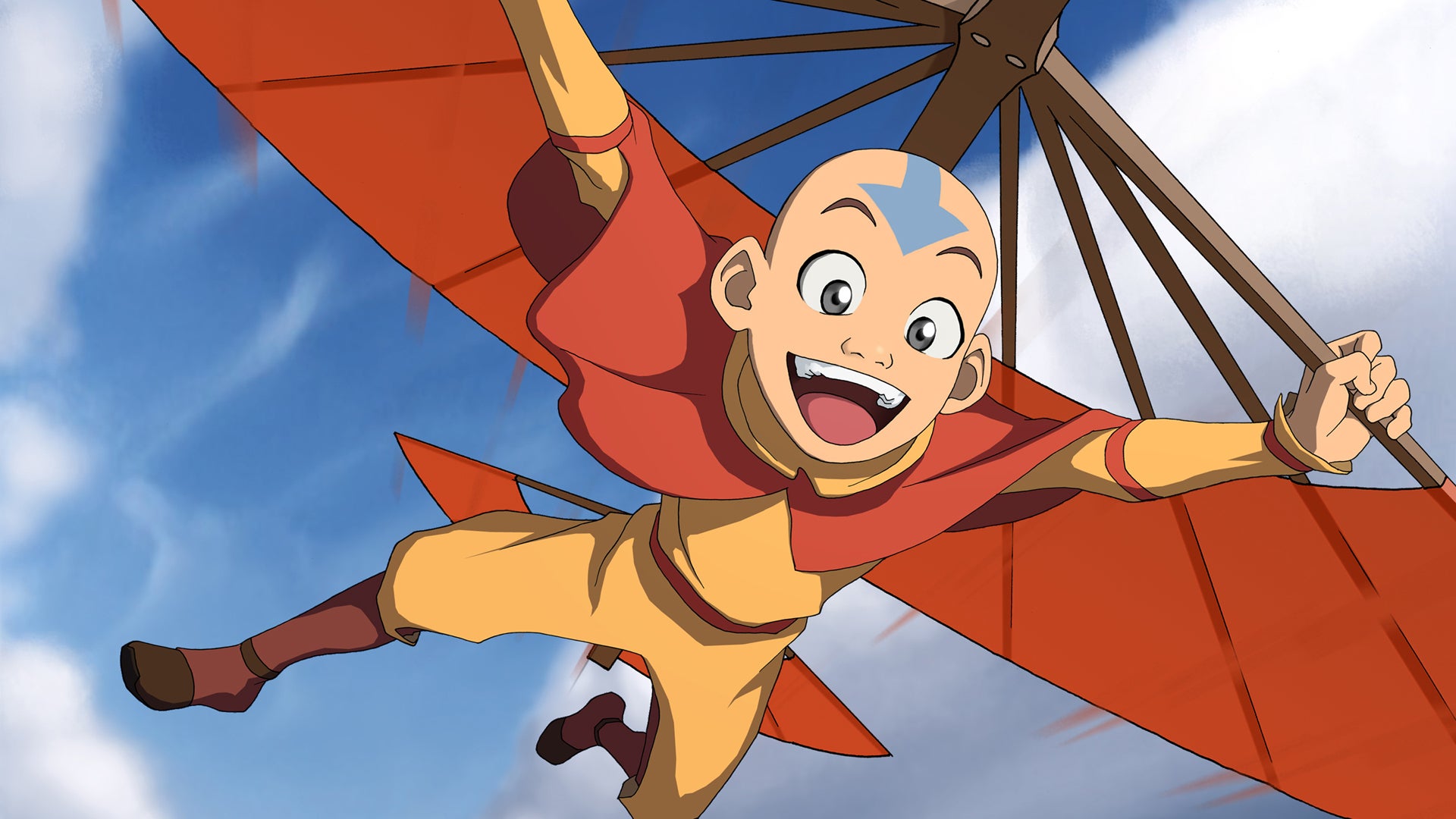 When people talk about the current golden age of TV, they're usually referring to big, serious dramas like Breaking Bad or The Wire. I am here today to tell you that Avatar. The Last Airbender, an animated show about a group of magical kids who ride around on a flying buffalo, deserves to be counted among them.

If you want to rewatch the original The Last Airbender, you can find all three seasons on Netflix Australia.

The Warriors of Kyoshi, Season 1

Avatar's best attribute is the way the series grows up from season to season, but as a show primarily aimed at kids the first season is largely light-hearted. But The Warriors of Kyoshi, early on into Aang, Sokka and Katara's journey, shows how the series approaches life lessons.

It's a simple message. Sokka looks down on the female warriors, mocking their makeup and armour, before getting rightly hosed. The episode itself is short, but it establishes some characters including Suki, who quickly puts Sokka's sexism into the dirt and plays a helpful role to the heroes the coming three seasons.

Aang, to his credit, also learns some lessons about the poisonous chalice that is celebrity. His status as the Avatar puts a target on the island of Kyoshi, with the Fire Nation eventually burning it to the ground and forcing everyone to flee their homes. It's not as dark as later episodes would become, but it illustrates early on that Avatar is happy to end episodes on a sour note for the sake of a good allegory.

While we meet many characters in the first season, it's really Prince Zuko and Aang's personal redemption that drives the plot forward initially.

The Storm starts peeling back that veil: Aang freaks out after being confronted by an old fisherman about abandoning the world a century ago. The show reveals how Aang's elder monks informed him of his Avatar past earlier than intended, which ended up having disastrous consequences.

The episode also brings Iroh into focus, using the former general as a bridge between Zuko and his disgruntled crew. Zuko doesn't become more likeable as a result of Iroh's explanation, but it establishes the Fire Lord as a much more prominent villain. Aang's isolation and separation from his guardian also established a nice foil for his constant jovial nature, and started laying the groundwork for the deeper themes Avatar would later explore.

Avatar makes a great point of teaching kids that they shouldn't be limited in their ambitions. This comes through in Katara's ongoing quest to learn waterbending, where she struggles against the leadership of the Northern water tribe, whose customs forbid women from waterbending beyond healing.

Things start out along the same lines as The Warriors of Kyoshi, but Avatar layers a few extra elements in. Being cast aside as a female waterbender results in Katara learning more about her grandmother and the arranged marriages that form the basis of the Northern water tribe. Sokka encounters that in his own way after striking up a relationship with the chief's daughter, and the series delivers one of the better fight sequences until the two-part finale.

The Siege of the North, Season 1

It's here that Avatar fully embraces the supernatural, having only hinted at it previously through Aang's meditation. But the two-parter does an effective job of illustrating the Fire Nation's capacity as a machine for war, as they lay siege to the Northern water tribe. Various elements come together quickly: Katara establishes herself as an adept fighter, Admiral Zhao gets plenty of airtime (and puts in some of the series' voice acting), and more of the world gets fleshed out in intriguing ways (like when Iroh recommends halting the attack due to the strength waterbenders draw from the moon).

The second part draws on more of the Avatar history, setting Zuko on a different spiritual path and establishing his bonafides as a talented fighter in his own right. The noir-type effect in the second episode is also a great artistic touch, although Iroh's solution towards the end is a touch too convenient. It does link Iroh with the waterbenders, however, and lays the groundwork for a stronger rebellion.

With waterbending out of the way, Aang sets his sights on mastering the other disciplines. That sets the stage for the funniest and most dynamic of the main cast: Toph, the blind earthbending rebel who spars in underground arenas as a way to escape the boredom and closeted life established by her family.

Earthbending aside, her approach to life is a fun contrast against the rest of the cast and provides some good tension with Katara, who has settled into her role as the mother and most responsible member of the Avatar travelling party.

Apart from further exploration into Zuko's family, The Chase showcases the future of Avatar fights by combining all the main characters into a single battle. As Aang's travelling party continually runs from Azula and her band to the point of exhaustion, viewers get a joint fight between Azula, Aang, Zuko, Iroh and the rest of the main cast.

City of Walls and Secrets, Season 2

The political conflict at the heart of Ba Sing Se, the capital of the Earth Kingdom, helps Avatar bridge that divide between a show aimed at kids and a kids' show that adults can enjoy.

Jet, who appeared in an earlier episode from the first season, continually interferes in Zuko and Iroh's attempts to blend into Earth Kingdom life. Aang and the band are continually frustrated in their attempt to locate Appa, and the interference throughout eventually reveals the machinations of Ba Sing Se's secret police, the Dai Li.

Immediately after the City of Walls and Secrets is an episode broken into six vignettes, showing Earth Kingdom life from the perspectives of Momo, Zuko, Sokka, Aang, Iroh and Toph/Katara. The episode was also a tribute to Mako Iwamatsu, who passed midway through Avatar's second season. (Greg Baldwin would voice Iroh for the remainder of the series.)

The Crossroads of Destiny, Season 2

Avatar's finals never fail to disappoint, and Crossroads of Destiny upholds that tradition as Aang and co. battle their way out of the depths of the Earth Kingdom. Aang makes a choice to abandon his Avatar Spirit training to get Katara out of a bind. While Azula initiates a coup of the Earth King with the support of the Dai Li, Zuko finds himself trapped with Katara.

Iroh turns to the remainder of the Avatar gang to break Zuko out, but Zuko ultimately ends up supporting Azula. The ensuing melee is one of the flashier group battles of the series, and Azula's introduction of lightning and Iroh's sacrifice sets up the tension nicely for the third season.

The four-part finale left the best battle until last, without dragging on in Dragon Ball Z fashion, and solidified Avatar as a series worthy of standing alongside other anime.

It starts by helping deepen the morale conflict underpinning Avatar: how do you confront the ultimate evil, and what do you do with it afterwards? Aang's group advocates for the death of the Fire Lord, but Aang's airbender upbringing can't bring himself to accept murder — even against the advice of his past lives.

The finale also wraps up other loose ends: Iroh launches an assault on the Ba Sing Se, fulfilling his own prophecy but finally for the right reasons; Aang encounters a lion turtle that unlocks a new phase of bending; Suki, Toph and Sokka unleash an assault on the Fire Nation air fleet to delay their attack; and Zuko goes head to head in a lengthy battle against Azula, with Katara lending support.

It's the right balance between Avatar's forays into the spiritual world and martial arts, and there's just enough of a conclusion to help establish A Legend of Korra, the series immediately following The Last Airbender. It's the animation and design of the fights that carry the series through, however, and the four-part series delivers in spades.

Avatar's forays away from its light-hearted beginnings showcase the series' writing at its best. The descent into darkness is usually best down in highlighting the occupation of the Fire Nation, and the situations it leaves regular citizens and benders in.

Puppetmaster is the best example from the third season: as Aang, Toph, Katara and Sokka continue living within the Fire Nation, they come across an old innkeeper who quickly befriends them. After hearing tales in the markets, Aang suspects that the town is troubled by a spirit.

The innkeeper later reveals herself as a former prisoner of war from the water tribe, who has been enacting her revenge by using the power of the full moon to capture Fire Nation civilians. It puts Katara in a situation where she has to use deeply questionable techniques to survive, touching on the horrors and trauma of war.

What are your favourite episodes — and scenes — from The Last Airbender?