The New Digimon Mobile Game Is More About Bonding Than Battling

It doesn’t take a lot to win a fight in Digimon: ReArise, the latest digital monster game for iOS and Android devices. As long as your party is properly leveled up, the auto-battle function breezes through the turn-based team battles. The real challenge in Digimon: ReArise is collecting, raising, and training an ever-expanding horde of colourful creatures, evolving them from cute little balls into humanoid figures with rocket launchers mounted on their shoulders.

Digimon: ReArise, out now in North America on iTunes and Google Play, begins when the player’s virtual pet, the hedgehog-like Herrissmon, manifests in the real world. The pair encounter “spirals,” aggressive echoes of normally friendly Digimon, and engage them in simplistic turn-based battles. They meet other trainers and begin to investigate the mystery of the spirals and the reason why the digital and human worlds are randomly mashing together.

The story, unfolding in a series of alternating battles against repetitive groups of enemies and visual-novel-style cutscenes, is a fine reason for players to collect and raise Digimon, which is the main point of the game. Whether summoned through the game’s gacha mechanic using in-game currency or hatched from eggs, Digimon require a lot of maintenance. 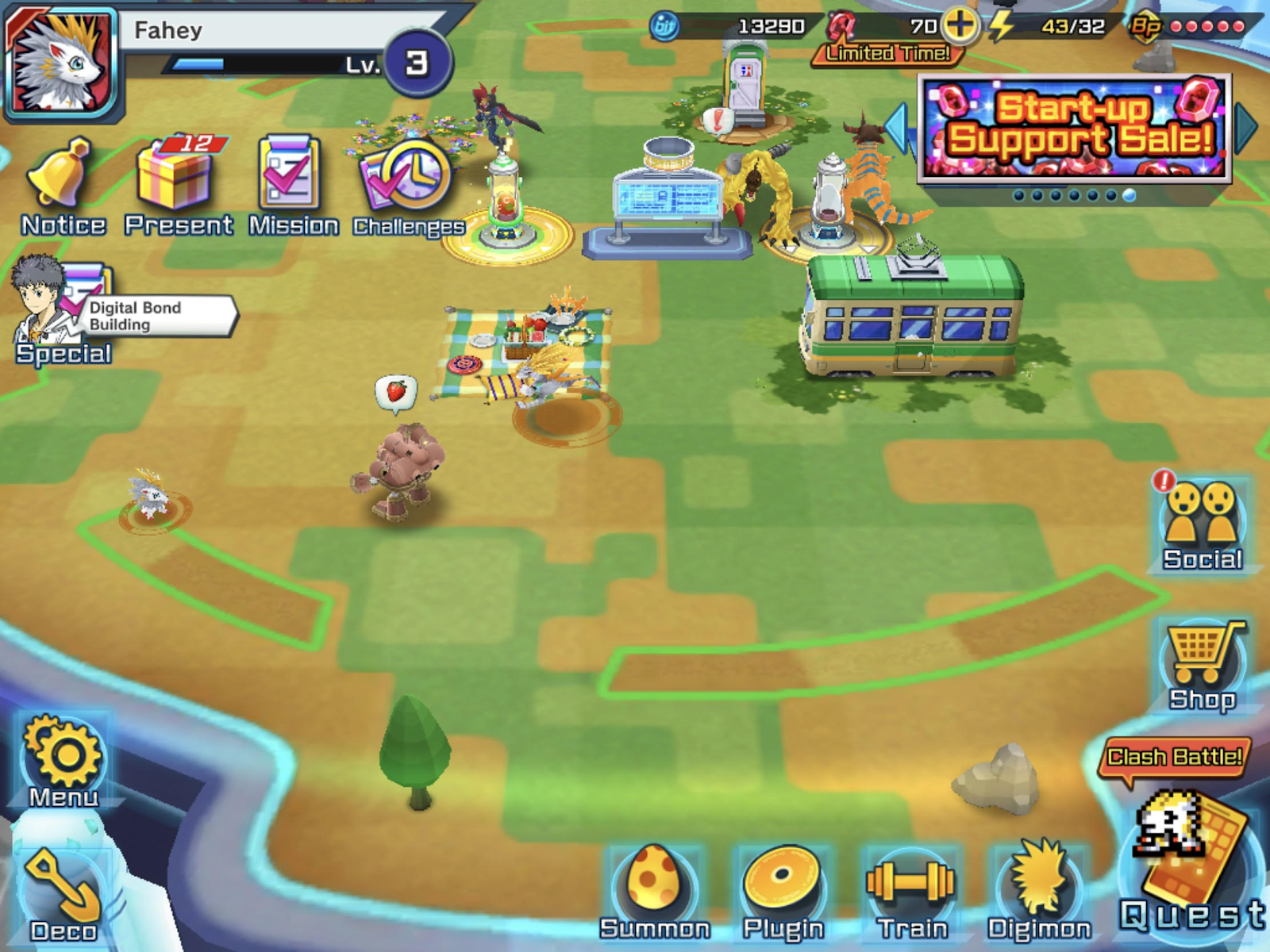 Feeding, training, levelling, and eventually digivolving into more powerful forms requires materials earned through battle or other in-game events. Hatching eggs takes time, which can be sped up using a strictly in-game currency called Bits, which are also used to raise Digimon levels.

This is far from my favourite way to play with Digimon, but I do enjoy, you know, the Digimon, even if they are a bit low-rez and jaggy. If anything, Digimon: ReArise will give me something to do until I dive back into Digimon Story Cyber Sleuth when the complete edition releases next week on Switch and PC. I digitake what I can digiget.