Jamie McKelvie is one of those guys. Your favourite comics artist’s favourite comics artist, a status cemented by the just-ended five-year marathon spent as the draftsman on award-winning pop music super-drama The Wicked + The Divine. For his next trick, he’s going full cartoonist, writing and drawing an all-new sci-fi series and he told Kotaku all about it.

After a half-decade at the drafting table making one of the modern era’s most buzzed-about comics, one would think that McKelvie might allow himself a nice long holiday. As far as I can tell, he took a measly month off. The reason? McKelvie wants to push himself even more. 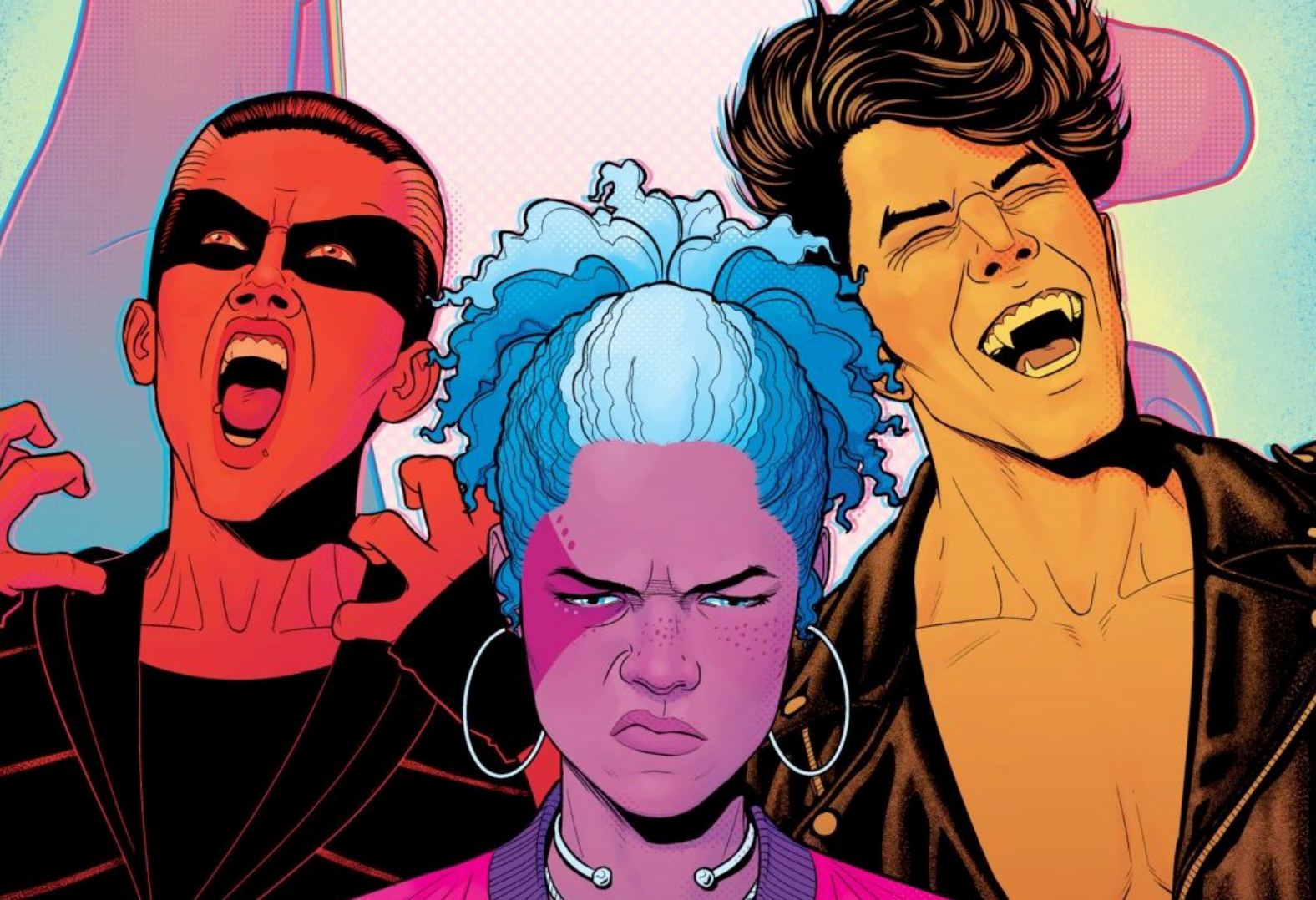 One of the best comics series in the last decade came to an end last week. As you'd expect, writer Kieron Gillen and artist Jamie McKelvie have a lot of thoughts about saying goodbye to The Wicked &amp; The Divine.

The next gauntlet he’s thrown down is scripting and drawing The Killing Horizon, an ambitious space saga of his own creation. The series reunites McKelvie with WicDiv colorist Matt Wilson and the pair are joined by letterer Aditya Bidikar, designer Cecile Richard, and editor Katie West. Here’s McKelvie’s boilerplate describing the project:

The post-post-apocalyptic future. Far from Earth, a specialist in studying dead alien societies is embedded with a military unit to excavate a new find. She’s done it before. It’s good work and it’s safe. She thinks it’s just another job.

Lost and alone, deep beneath the warped, skeletal spires of the millennia-dead city, she finds something powerful. Something unlike anything any human has ever known. Something that needs her to take it on a journey no living being has ever taken. Something that will make her a target for every side fighting a deadly war. It calls to her.

After debuting a teaser image on Instagram last week, McKelvie’s talking about his new project for the first time. He corresponded with me over email earlier this week, answering questions about separating pleasure from profit, moving from fantasy magic to space opera, getting back to writing after so long away.

Narcisse: Most of your better-known work has been focused on superheroes and magic-infused scenarios. Is this new project a shift into hard sci-fi? How does that difference play out with regard to execution?

Jamie McKelvie: It’s a big change. And that was kind of the impetus for it! I’ve spent a good portion of my career doing things I know I’m OK at. That’s all good, but I wanted to challenge myself and expand what I’m capable of. I never felt I was very good at the science fiction elements that appeared in my previous work. A lot of my career motivation has been spite: “Oh, you don’t think I’m good at that thing? I’ll prove you wrong.” So I’m doing that to myself now. Is that healthy?

In terms of execution, the canvas becomes vast and that’s more than a little bit scary for me. Humans are humans, cars are cars, you can generally recognise that a tree is a tree.

Those boundaries vanish when you’re doing a story like this. With such a drastic change of setting, storytelling possibilities expand out in all sorts of different directions. There’s a sequence I’m really excited about drawing that arose from a quandary: how do I approach this moment/image on the page? The story possibilities spill out into the “storytelling” possibilities and that’s got me buzzing.

Narcisse: How is the main character of The Killing Horizon different than other protagonists you’ve brought to life?

McKelvie: I’m still discovering through writing her, I think. She’s not a teenager, which is obviously a big departure! And so, unlike Laura at the start of WicDiv, she thinks she’s got the life she wants. She might even think she’s happy. But she’s created an environment for herself where she can ignore the things about herself she doesn’t want to work on. Obviously, that changes drastically. Finding out how she deals with that is really interesting to me. 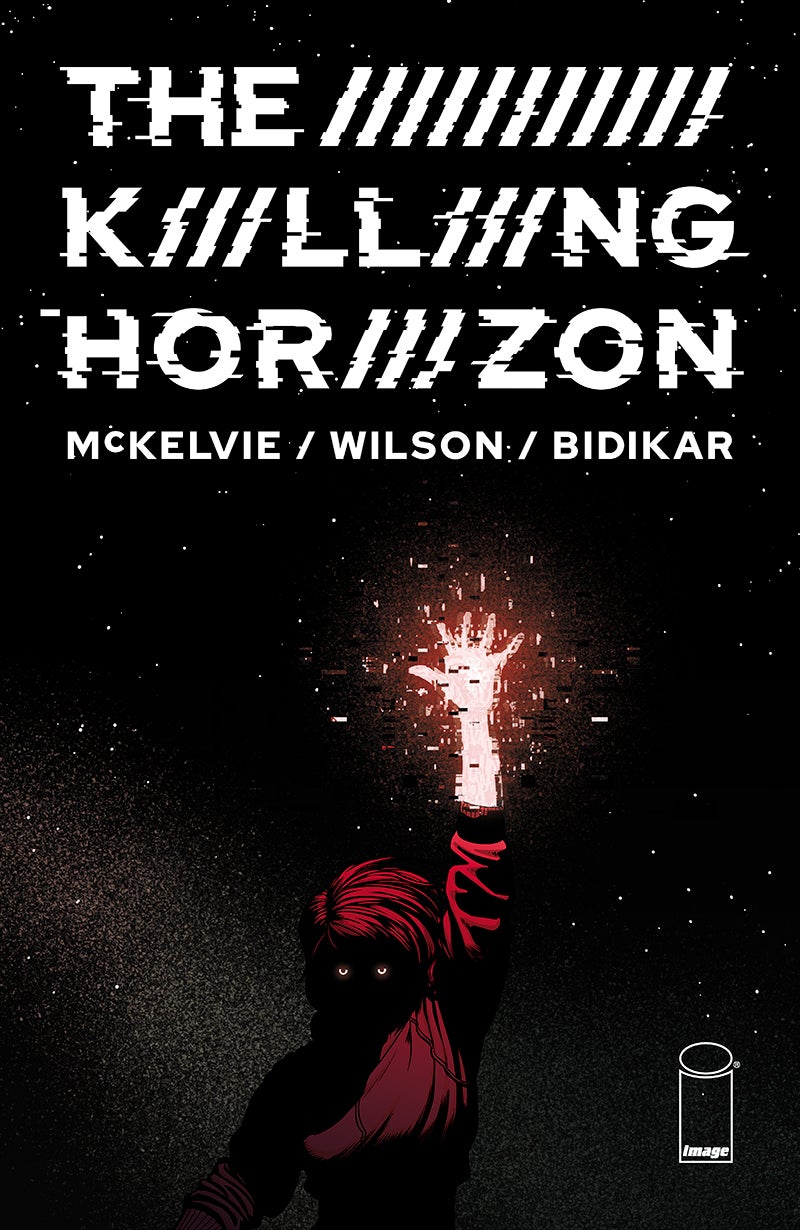 Narcisse: Folks who follow you on Instagram will have seen you building miniature mechs. So there are going to be mechs in this, right? And is this going to be another worrisome case of turning something you love into work?

McKelvie: Hah, no mechs! Or at least, no human-built mechs. They just didn’t fit into this world. It’s funny, though; I do love making gunpla and Lego mechs because there’s no way to monetise them and I really needed a creative outlet that wasn’t something that earned me money. The mind goes to different places. There’s a freedom that comes from it.

You know, I realised this week that I haven’t sat down to work on any models since the day I finished WicDiv. The need for that pressure valve was gone.

3 most recent Gunpla builds. Barbatos definitely feels like an oversized HG, with reliance on stickers for block of colour where a colour piece would be better. I cut the yellow shoulder trim stickers into two pieces to try to help it work better – mostly successful but would paint them next time. Such a great design though. G-Self even more reliant on stickers – can't wait for the MG release. Overall a brilliant mech though – I really love the variant on the V-fin. And finally, Turn A. I was already a fan of the Syd Mead-designed suit but the kit has made me really love it. The shapes and lines make for some really satisfying panel-lining.

Narcisse: It’s been a long time ” the days of Suburban Glamour, to be specific ” since you wrote anything for comics. Did you notice anything that changed in your process or approach as you’ve been working on the new project?

McKelvie: My ambition. It always grows to outpace my ability, but I am really feeling it this time. It’s pushing me.

Narcisse: This feels like a weird but necessary thing to ask: Have any of scripting tics rubbed off of on you, after collaborating with his old, sad self for five years on The Wicked and The + Divine?

McKelvie: It’s such a different thing, writing for yourself. Kieron often talks about how a script is really a letter to the artist, which doesn’t really apply when you’re writing for yourself. But I suppose the biggest thing is the need to set challenges, push things, see what I can make comics do. I’m not sure if that’s his influence or if that’s why we always worked well together because we already both had that same drive.

Narcisse: Why did you feel the need to write this yourself, as opposed to partnering with someone?

McKelvie: It’s interesting, a friend recently reminded me that back when I was starting out, I didn’t consider myself an artist. I just drew as a method of telling the stories I wanted to tell. That got put aside for a long while. I don’t mean to sound regretful about that, because of course I’m not. I wouldn’t have worked with Kieron for so long if I didn’t love what we were doing. But it was always what I set out to do. And now I am lucky to be in the position to be able to see where that takes me. 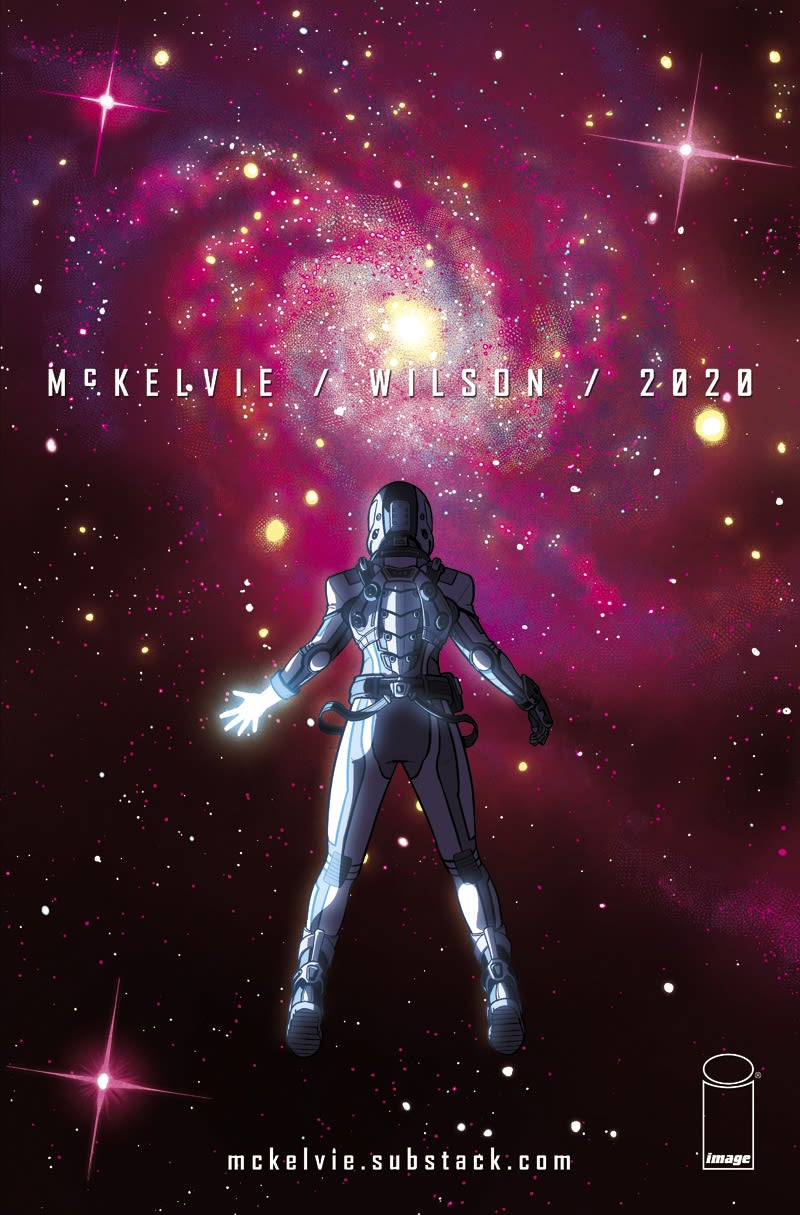 Narcisse: How have you and Matt Wilson talked about the tones and palette for the new project?

McKelvie: As I mentioned last time I talked to you, having a long-running successful book is great, but it traps you in the decisions you made years ago. Now we have a chance to start afresh and we’re looking at a lot of different approaches and thinking about how they may look and how they’ll feed into the vibe of the story.

I love working with Matt because he’s willing to throw ideas back to me all the time. There’s a lot of back and forth right now about possible directions. I’m planning to start drawing in January so we have a bit of time.

Narcisse: WicDiv called on you to draw a broad range of fashion and facial expressions because of the nature of the story it told and the characters it featured. These were ordinary young people dealing with the highly emotional drama of becoming superpowered pop stars. Are there similar considerations that are readily apparent now as you dive into a new kind of story?

McKelvie: The emotional core is always central for me. So even when we’re dealing with space travel or interstellar politics or the ruins of millennia-old alien civilizations, I’m still focused on how that pares down to the immediate world of the characters.

The fashion thing is a challenge, though! I can’t rely as much on existing inspiration. But I’m having a lot of fun with it. As always, it’s about what the look says about the character.

Narcisse: Is there a particular question you’re trying to answer with the new thing?

McKelvie: There’s a couple, for sure. I’m not ready to talk about them all yet! But I’m also writing my way through my thoughts on courage and/or lack thereof. When I stand up for things, when I don’t, why I do, why I don’t, what I can do to do a better job of it. That’s making its way into the story in a big way.

The Killing Horizon will debut in comics shops and digital storefronts next winter, published by Image Comics.