The Witcher 3 On Switch Gives Us What We Always Needed: A Portable Geralt

The Witcher 3 is on Nintendo Switch today. I am a person who loves both The Witcher 3 and going places, so you’d think this would be the greatest day of my life. After a few hours with The Switcher, I have some hesitations, but ultimately, it’s a fine port, and if that gets more people playing this game, I’m happy.

Before this port came out, I had only ever played The Witcher 3 on my PC, mostly on a GTX 1080 graphics card. I have spent many, many hours at my computer with Geralt. As a result, I have some pretty high expectations for what his feet should look like. My colleague Mike Fahey has already broken down the visual comparisons between the PC and Switch versions. Getting all the glory of The Witcher 3 onto the Switch was no mean feat, so there are some obvious visual compromises. Things look blurry. There are some cutscene stutters. The magnificent draw distance on my high-powered PC graphics card has been reduced to a smudge on the Switch.

In handheld mode, Geralt is tiny, making his haircut much harder to admire. In docked mode, the smudginess is even more pronounced. Also, the game took over four hours to download on my home wireless, and Fahey reported an absurd download time as well.

These are the cons. The pros? It’s The Witcher 3. 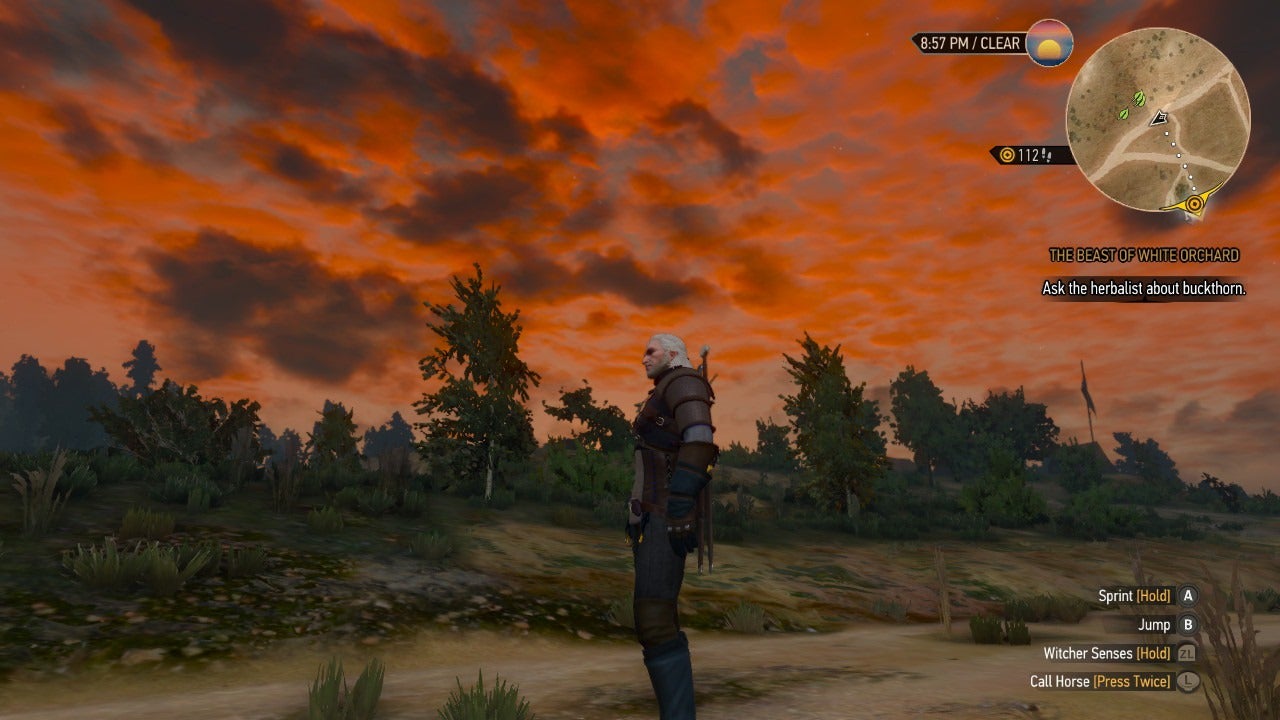 The Witcher 3 is an amazing game, full of creative monsters, tough choices, and not a single boring side quest. If you’ve never played it before (as I hadn’t until Luke Plunkett encouraged me to in my first year at this site), today gives you more ways to play than ever. In that regard, you do face a quandary: Right now, you can get the complete Game of the Year edition, which is identical to the Switch’s Complete Edition on PC, Xbox, and PS4 for $50 or less. The Switch version costs $79. That is more money for, arguably, less Geralt.

But I’m not here to tell you what to do with your money, and I’m not going to say it isn’t worth it. We’re talking, after all, about The Witcher 3, the game I wake up in the middle of the night and think about, sometimes believing that it was just a wonderful dream that I had, only to whisper to myself, “But I did play it, I did” and then think about playing it all over again. And now I’m playing it again on the Switch.

There’s a certain charm to its smudgy appearance, although I’ll admit to being biased in The Witcher 3’s favour. The starting area of White Orchard looks appropriately backwater when rendered in muted blur, and interiors feel claustrophobic and shabby.

In handheld mode, seeing a tiny Geralt wandering in the wilderness, under the still-beautiful sky, makes him seem all the more fearfully alone. I just completed an early quest to talk with the hunter Mislav, and that scene remains as heartbreaking as ever, perhaps even more with the Switch’s smallness. People feel fragile and the world, full of monsters, feels so big. 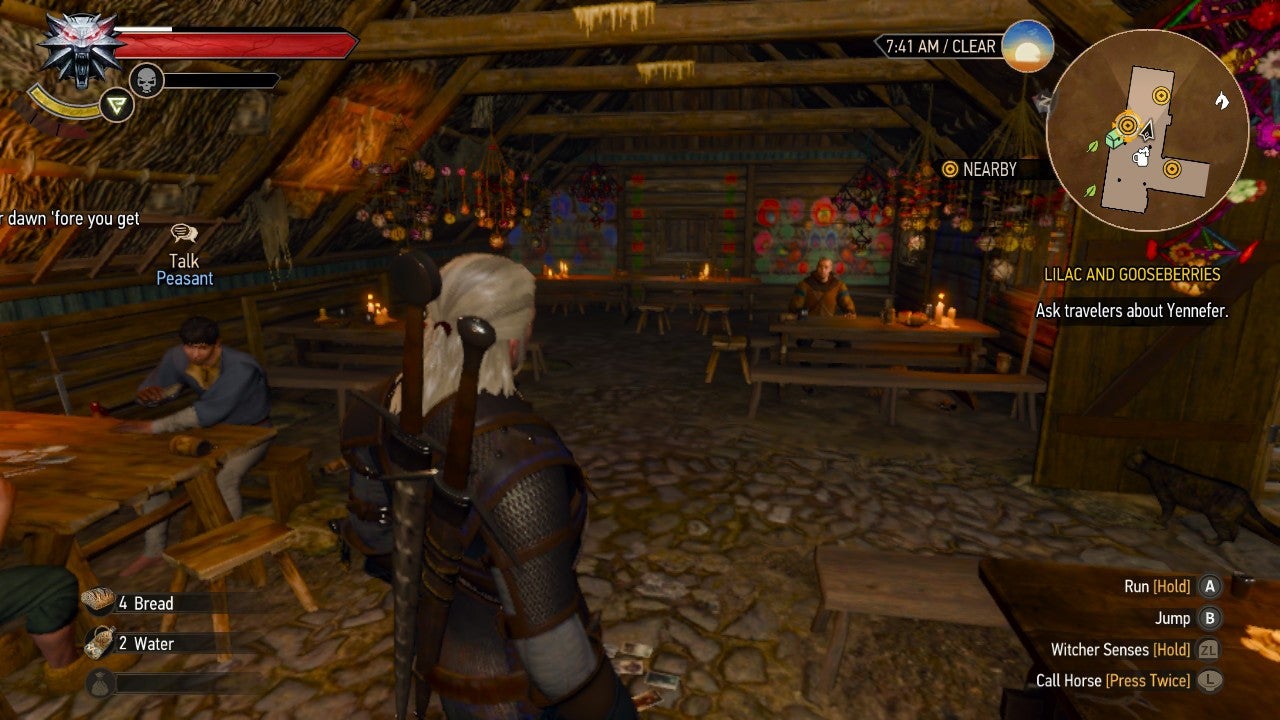 On Switch, you can play The Witcher 3 on the go, perhaps even while seeing your friends so they know you’re alive. I’m psyched to replay the game while sitting next to my editor-in-chief Stephen, who has not yet been convinced to like it, while talking loudly about how much fun I’m having. Oh, and I’m going to get the best dad ending this time. Mark my words.