It’s so easy to miss things that are hiding right under your nose, especially in a video game as big as Borderlands 3. I did manage to find, for example, the microbrewery dungeon that’s completely optional. But I completely missed this fully-functioning roller coaster that you can ride, despite the dozens of hours I’ve spent playing the game. As of this morning, I have now ridden this roller coaster. You should too.

I was alerted to its presence by a post on the Borderlands 3 subreddit from a user who sounded just as incensed that they had not previously known about it. “Why was I not made aware of such a cool thing?” user __JinxY__ asked the universe, posting a video of a character riding a roller coaster in game and shooting targets along the tracks.

Immediately recognising that roller coasters are awesome regardless of context, I immediately yelled the same thing at my computer. Then I booted up my Borderlands 3 save to find it for myself.

The coaster isn’t even that well-hidden. It’s just off the beaten path in the Splinterlands, a region of Pandora you visit late in the game while on a quest to rescue another character.

Since you come to the Splinterlands in the middle of a quest chain that has you doing lots of driving around, it’s tempting to just make a beeline for the main quest goal — which is a chop shop across the map — and ignore everything else. Also, Pandora is a desert, so there’s not much to catch the eye while you’re on the road.

Completists (and Burning Man attendees, I suppose) know, however, that the desert is precisely where one would go to find interesting things. You can find it either by chance or if you make a habit of finding every Typhon Log hidden on each map. If you do that, you’ll eventually find yourself at the foot of a stairwell near the centre of the Splinterlands. That stairwell leads up to, well, a damn roller coaster. With really no other context. 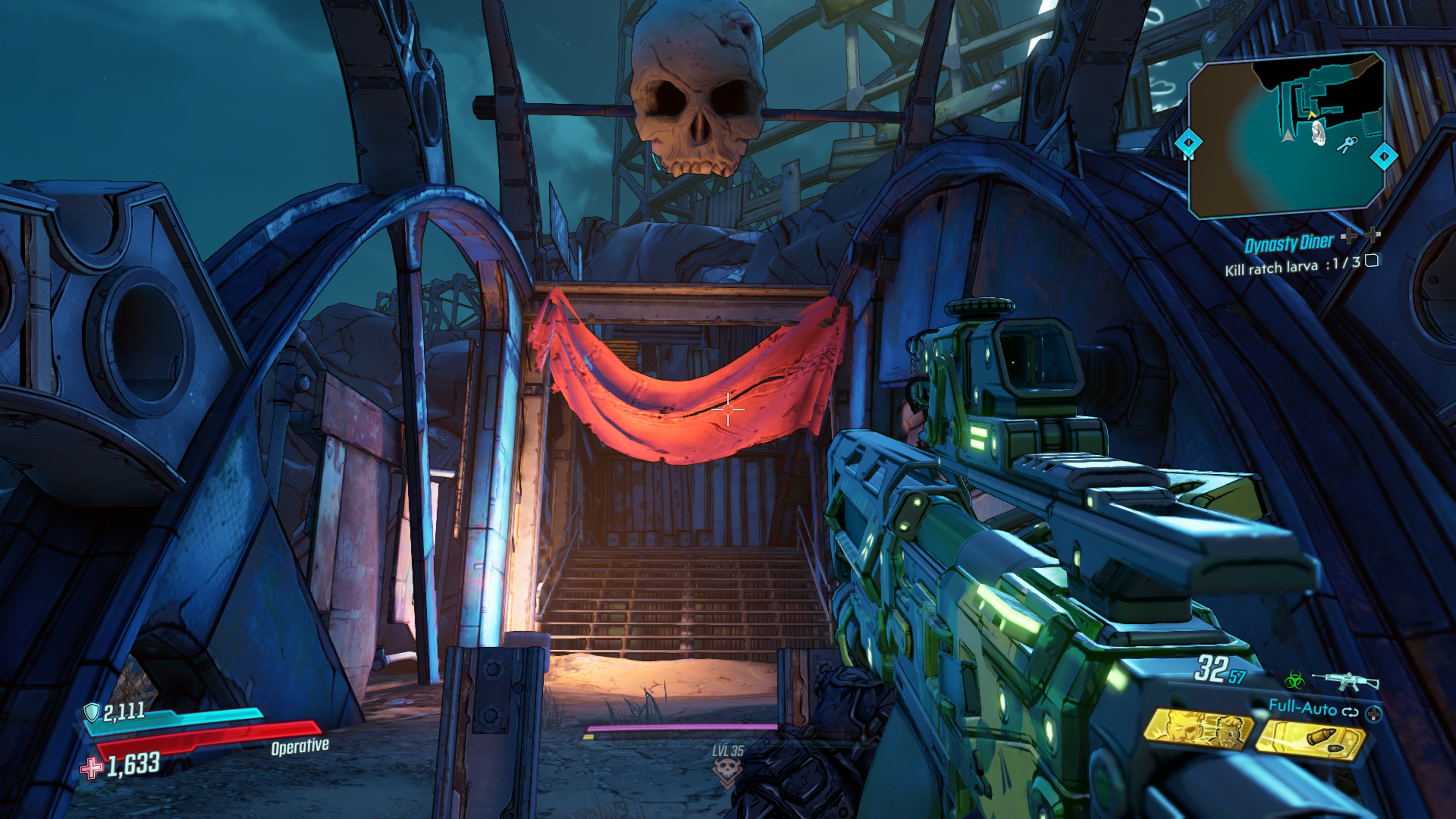 Because this is Borderlands, there are some dudes to shoot first, but get past them and you are free to board the roller coaster, fire at the lever that starts it, and have fun trying to hit the targets on the track. Hit them all and you’ll unlock a room with some sweet loot.

I love that this seems to be here for no reason other than that it’s cool. I didn’t find a side quest nearby, wasn’t sent here on a main story quest, and was otherwise ignorant of its existence for nearly a full month after this game’s release despite, again, having played this game for many hours. You can’t even call it an easter egg, because it’s not like it’s that hidden.

All you have to do is veer a little bit off the direct path during the story quest and you’ll crash into it. But maybe you, like me, did not see this until someone did the kindness of showing it to you. If I can spare you the anguish of missing out on a roller coaster where you thought there was none, it’ll all be worth it.